The Trinity Christian Lady Lions are right at home in Region 4-4A. They swept two teams from neighboring Fayette County last weekend to remain the only unbeaten team.

It was a matchup of the region's undefeated Lady Lions and Fayette County Lady Tigers in Fayetteville on Friday night. Trinity Christian trailed 36-35 at the end of the third quarter and fell further behind after a Lady Tiger basket to start the fourth. The Lady Lions outscored their opponent 16-4 down the stretch to claim the 51-42 victory.

Kyva Holloway led the fourth-quarter surge with six points down the stretch to secure the win. Overall, Julia Susla led with 17 points, while Holloway finished with 14.

Their region schedule continued on Saturday, and the Lady Lions welcomed in the Whitewater Lady Wildcats.

The game was back and forth throughout, with neither team able to pull away until the fourth quarter. But in the end, it was Trinity Christian who came out on top thanks to a strong performance from their three leading scorers, Madison Morge (16), Aliyah Shaffer (13) and Julia Susla (10).

Lady Lions Head Coach Joe Daniels said, "We started hot and did some really good things offensively throughout the game. However, we had some letdowns defensively in the first half. Our team responded well and tightened things up in the second half. We continue to be proud of them and the work they are putting in to get better.”

Morge is a force on both ends of the court, consistently getting to the basket and finishing strong at the rim. She also hit four three-pointers, which helped to stretch the gap and open opportunities for her teammates.

Shaffer, a junior forward, was also a key contributor, scoring 13 points and grabbing rebounds for the team. She was a force on the boards, pulling down several key rebounds in the fourth quarter to help secure the victory.

Susla, a junior point guard, was stellar at the foul line hitting all her shots and hit a crucial three-pointer late in the game to give the Lady Lions the lead for good.

The Lady Lions defense also played a significant role in the win, holding Whitewater to 34 points. They were able to disrupt their offense and force several turnovers, which led to easy baskets on the other end.

The win improved their record to 10-4 overall and 4-0 in the region on the season.

They will look to continue their strong play in their next game this weekend when they host Troup County on Friday and LaGrange on Saturday. 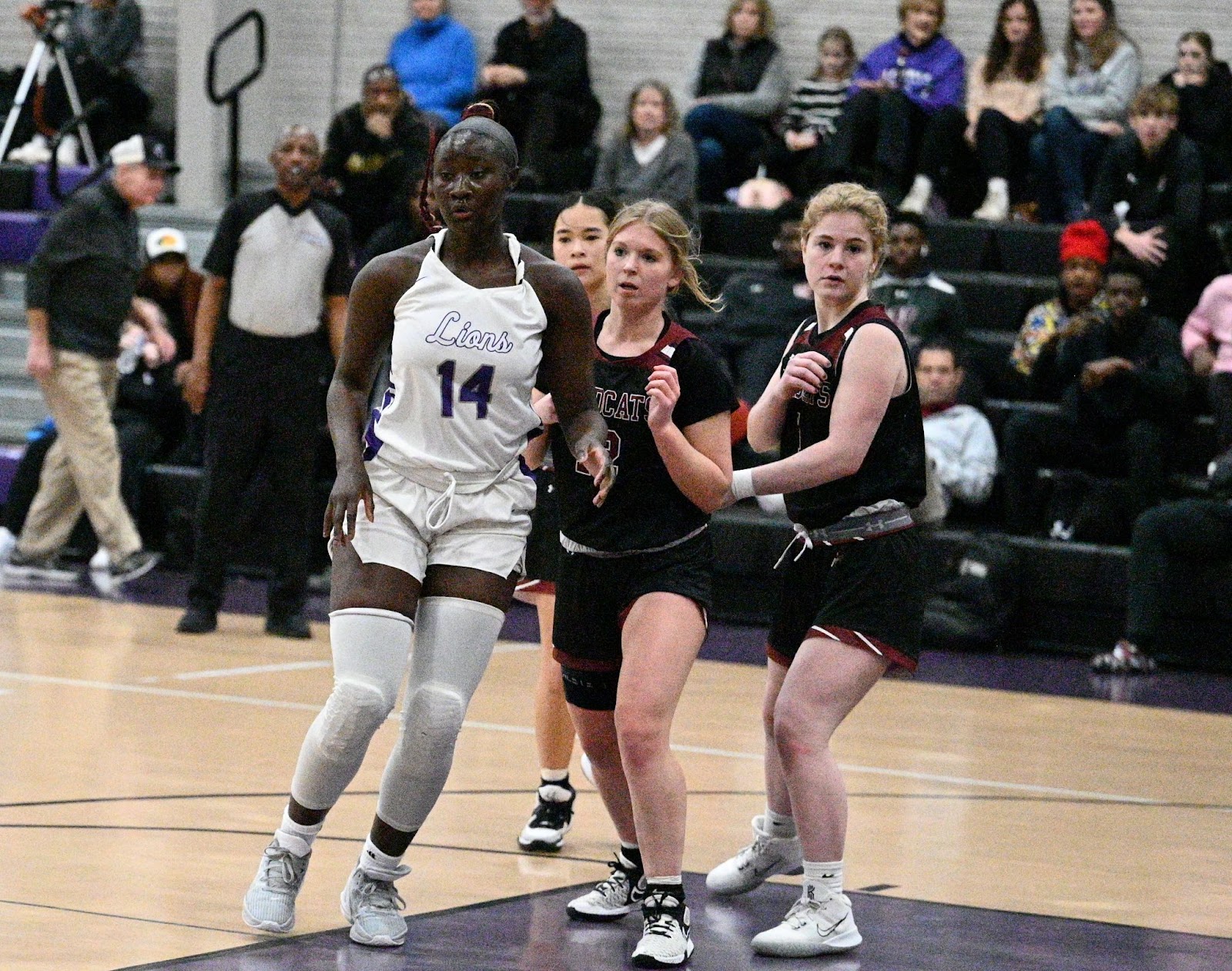 Against Whitewater, Aliyah Shaffer (No. 14) got a lot of attention from the Lady Wildcats defense. 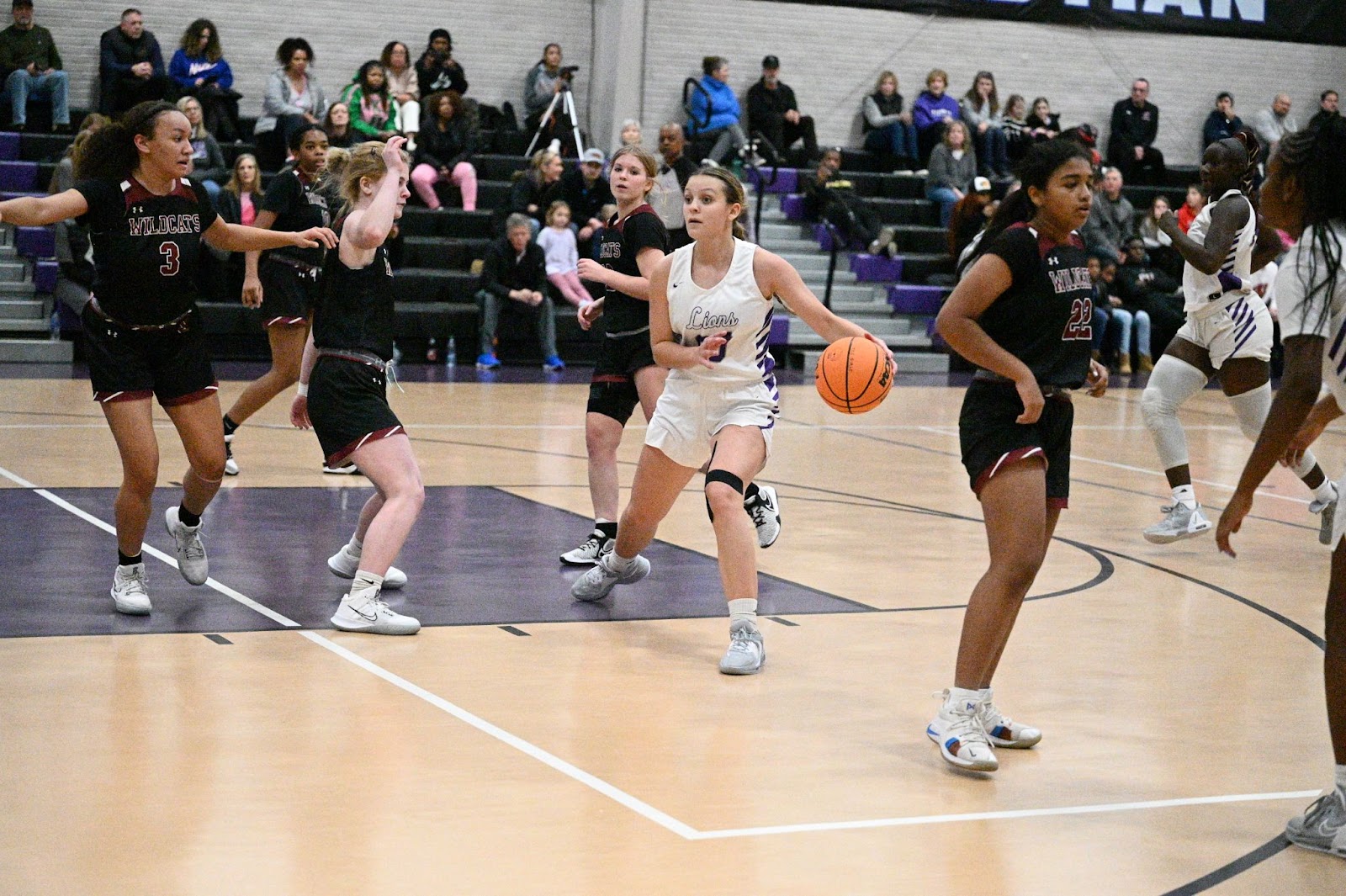 Lady Lion Madison Morge led with 16 points in their win against Whitewater. 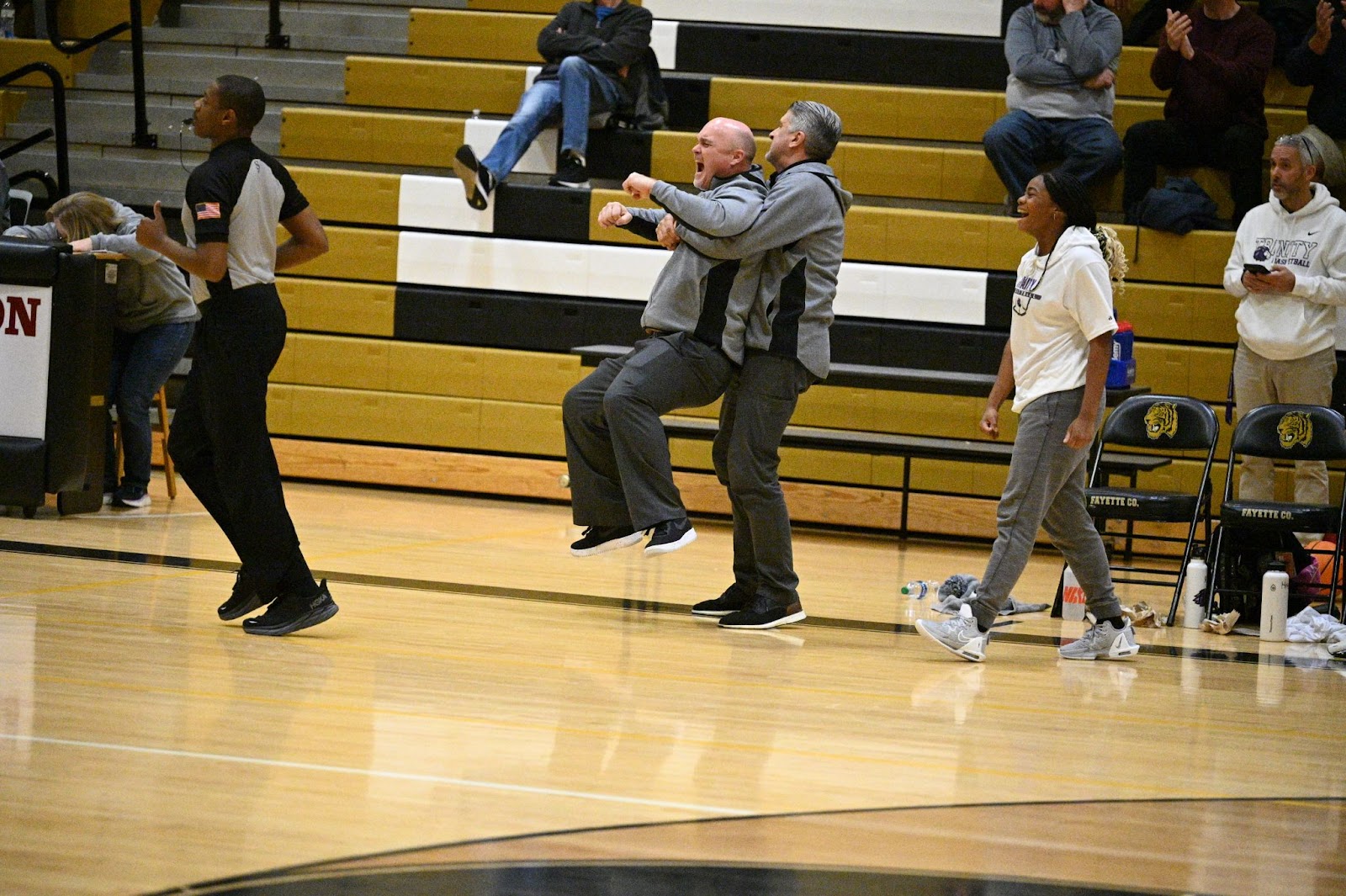 Trinity Christian Head Coach Joe Daniels gets a boost in their celebration of the fourth-quarter comeback win against Fayette County on Friday. 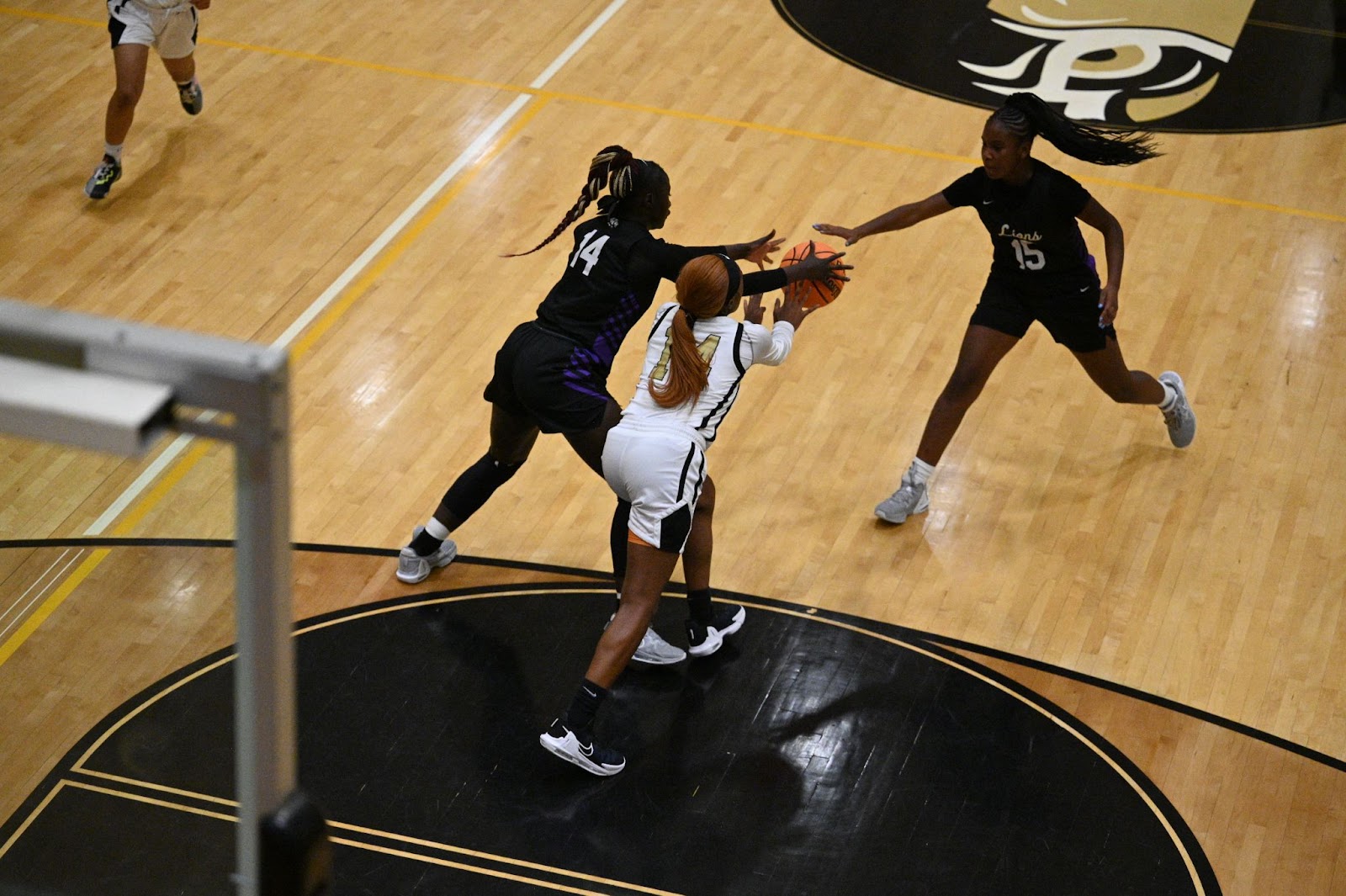 The Lady Lions leaned on Kyva Holloway (No. 15) down the stretch of their region win against Fayette County.