It was county rivalry again Saturday night when the East Coweta Indians hosted the Newnan Cougars at the John Thrower Gymnasium.

The game, which was rescheduled from earlier in the year, featured two weary teams coming off multiple back-to-back games and added a new name to the historical rivalry.

East Coweta sophomore Sam Mead scored ten of his 13 points in the fourth quarter to push the Indians to a 53-46 victory.

The game started differently. The Cougars opened fast and held a 17-9 lead after the first quarter. Newnan consistently fed the inside, where Justyn Reid and Derrius Teagle were able to draw the defense in and score. That allowed Braylon Jackson to penetrate and score off the dribble.

But the Indians defense clamped down. The Cougars could only score one field goal and two free throws in the second quarter but held on to a 21-19 halftime advantage.

The Indians defensive adjustment keyed around stopping the Cougars' entry pass into the paint and suffocated Newnan's offense. Indian Coach Royal Maxwell shared, "There is a struggle between winning games and showing kids the college way. In this case, we went to a matchup zone, which they do in college, and we closed the middle."

East Coweta surged ahead 35-31 at the end of the third quarter behind the steady play of seniors Colt Donley and Austen Colton. Coach Maxwell continued, "They are our leaders; they ensure we get what we want and understand what we are trying to do."

From there, the Mead show took over. He had two threes, a steal and an assist off a Newnan entry pass, and two other baskets to extend the lead and close the game out. Coach Maxwell concluded, "I am so proud of Sam; he is a high IQ kid. He played his tail off tonight."

In addition to Mead’s 13, Carby Martin led the Indians with 15, followed by Colton with 14.

With the sophomore combination of Martin and Mead, the Indians have a pair to build around for the future.

There was also a win for the rebuilding East Coweta Lady Indians, 53-39. Head Coach, Quacy Timmons' team, is a work in progress, and they get better each night out.

She shared after the game, "This is fun; it is all about development, and it is about life; I am a fighter, so I love this part of the process."

The Lady Indians will have plenty of opportunities to continue to grow. East Coweta has two home games this coming weekend. They have a region test against Westlake on Friday and then a Saturday night game against Hampton. 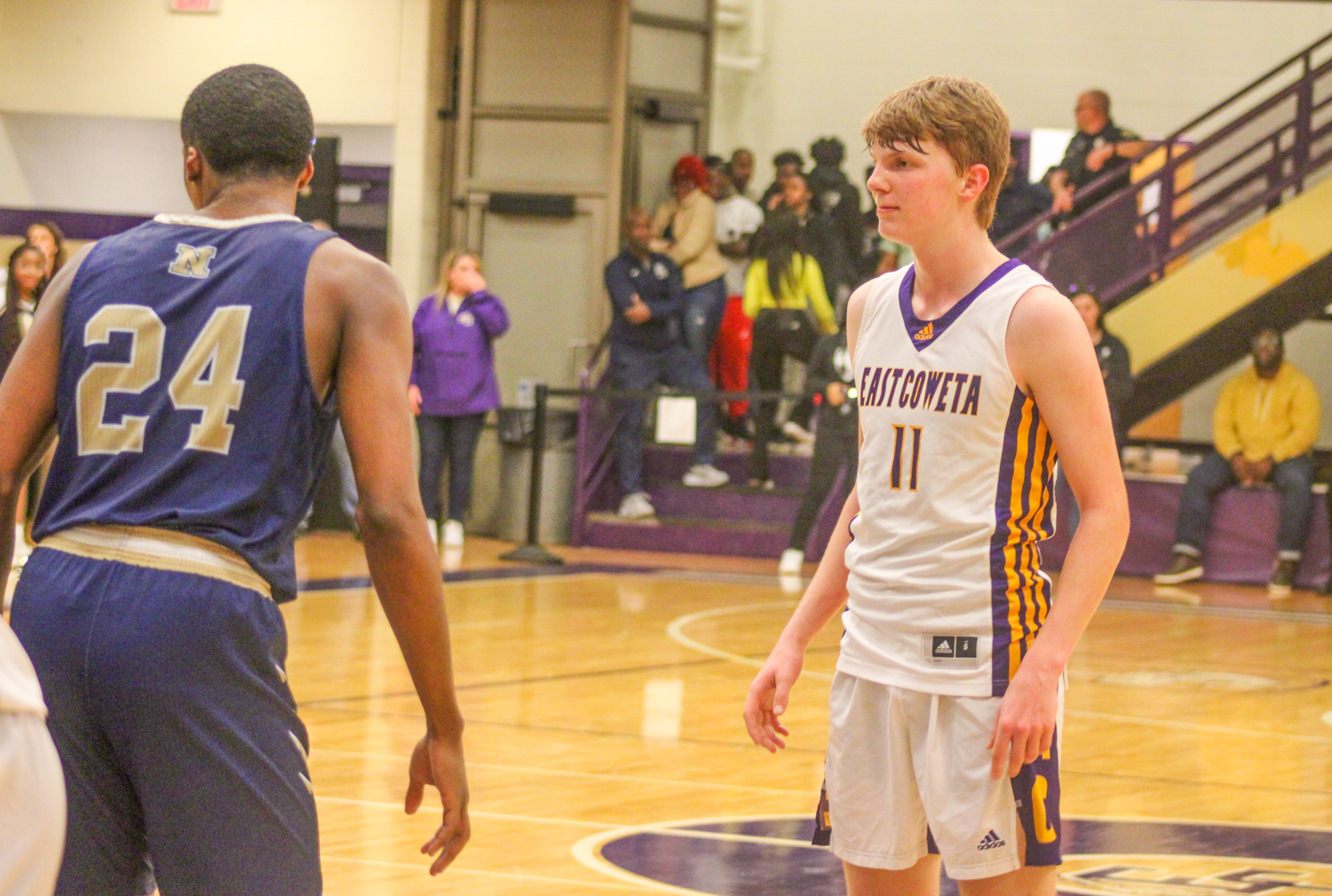 It was a breakout game for sophomore Sam Mead (No. 11) who had 10 of his 13 points in the pivotal fourth quarter. 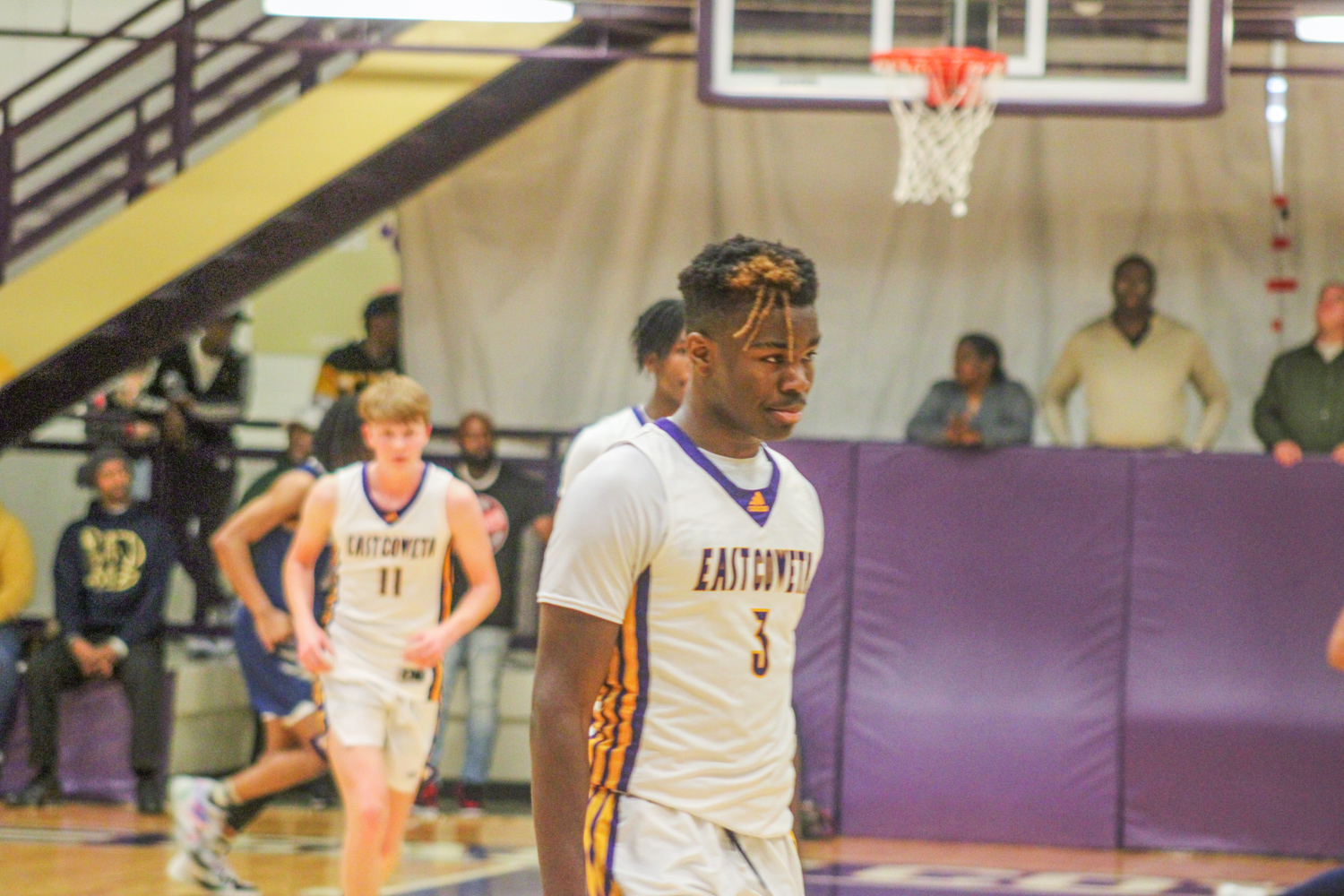 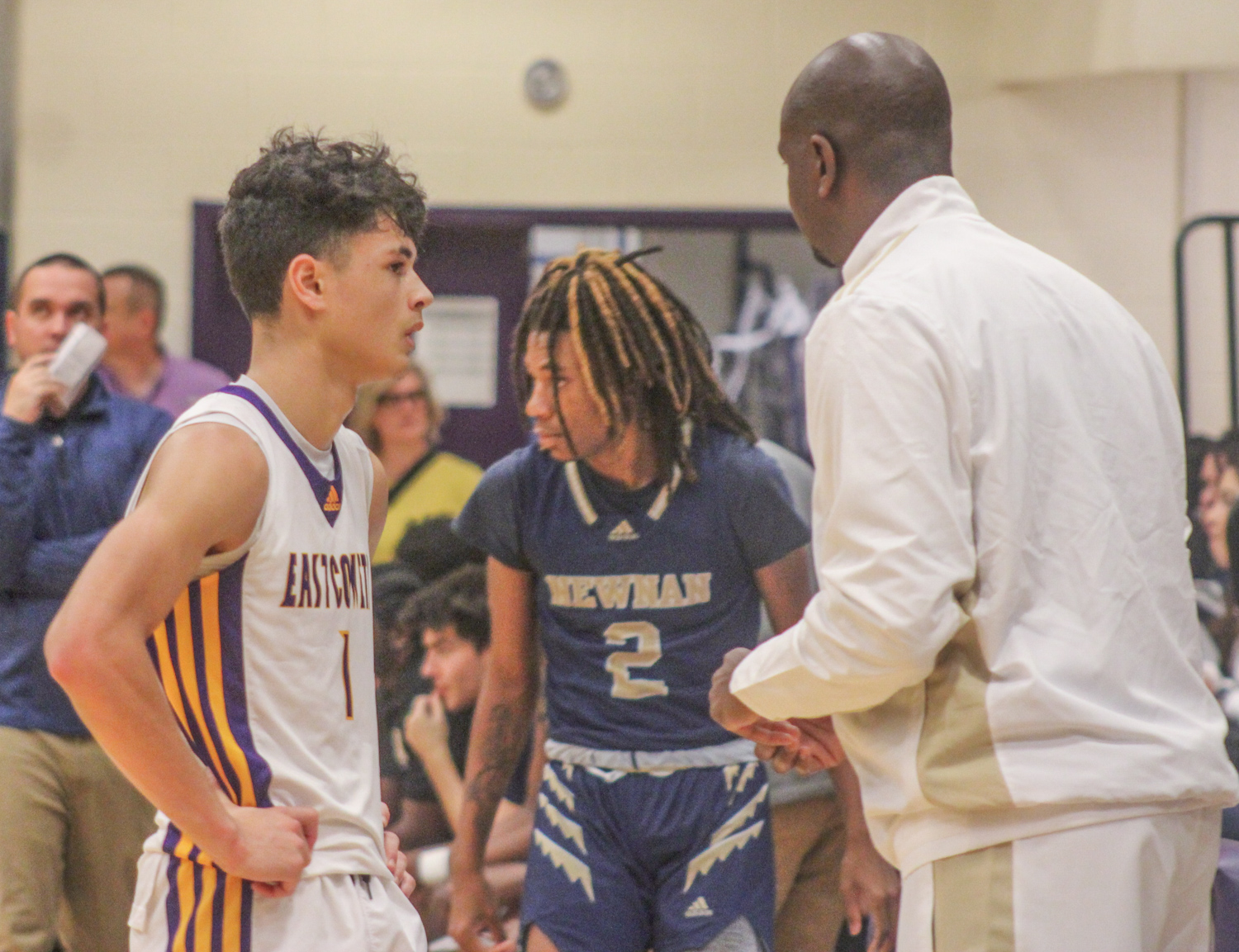 Indians Head Coach Royal Maxwell confers with senior Colt Donley (No. 1) as Newnan’s Treyvon Sinkfield (No. 2) checks into the game. 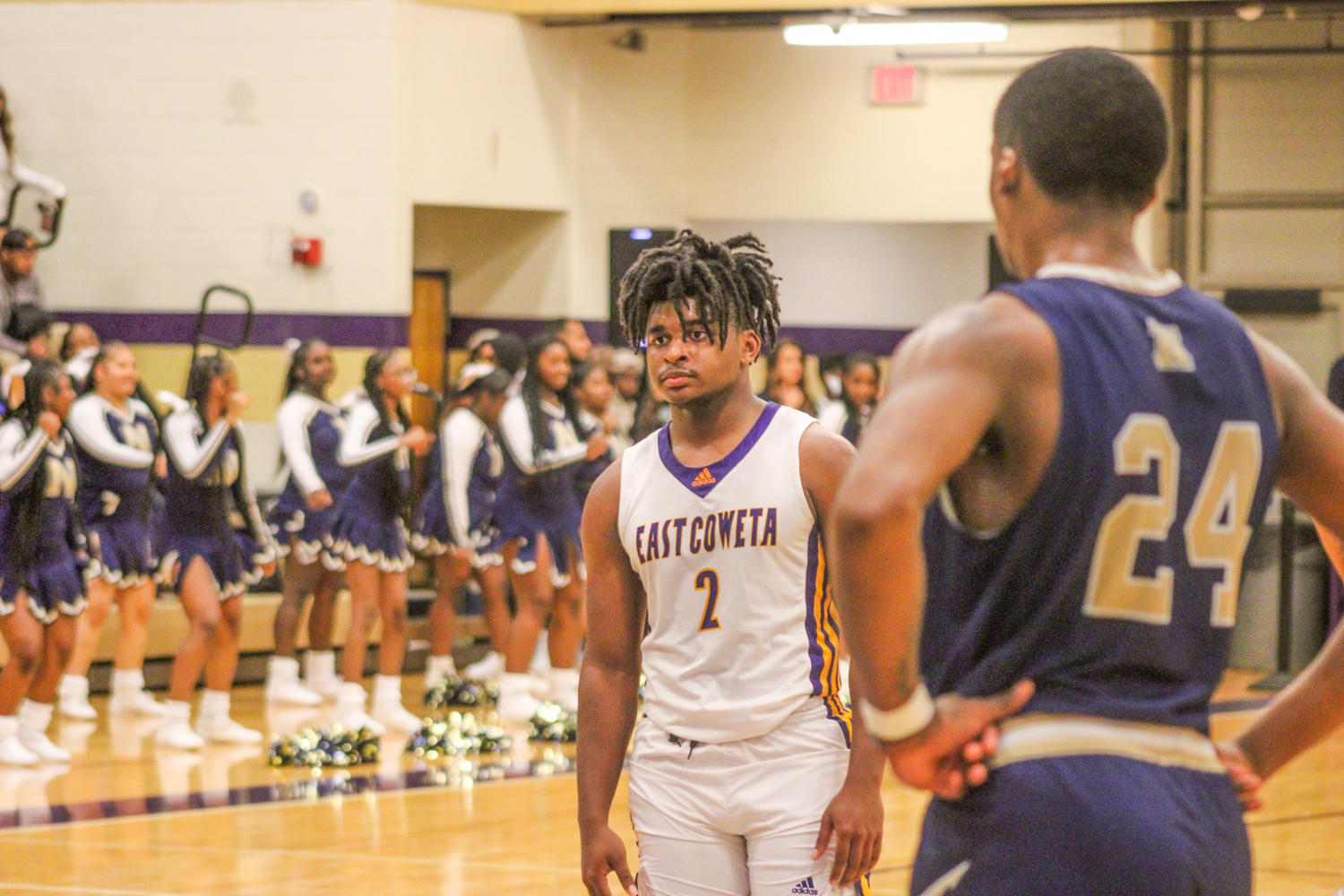 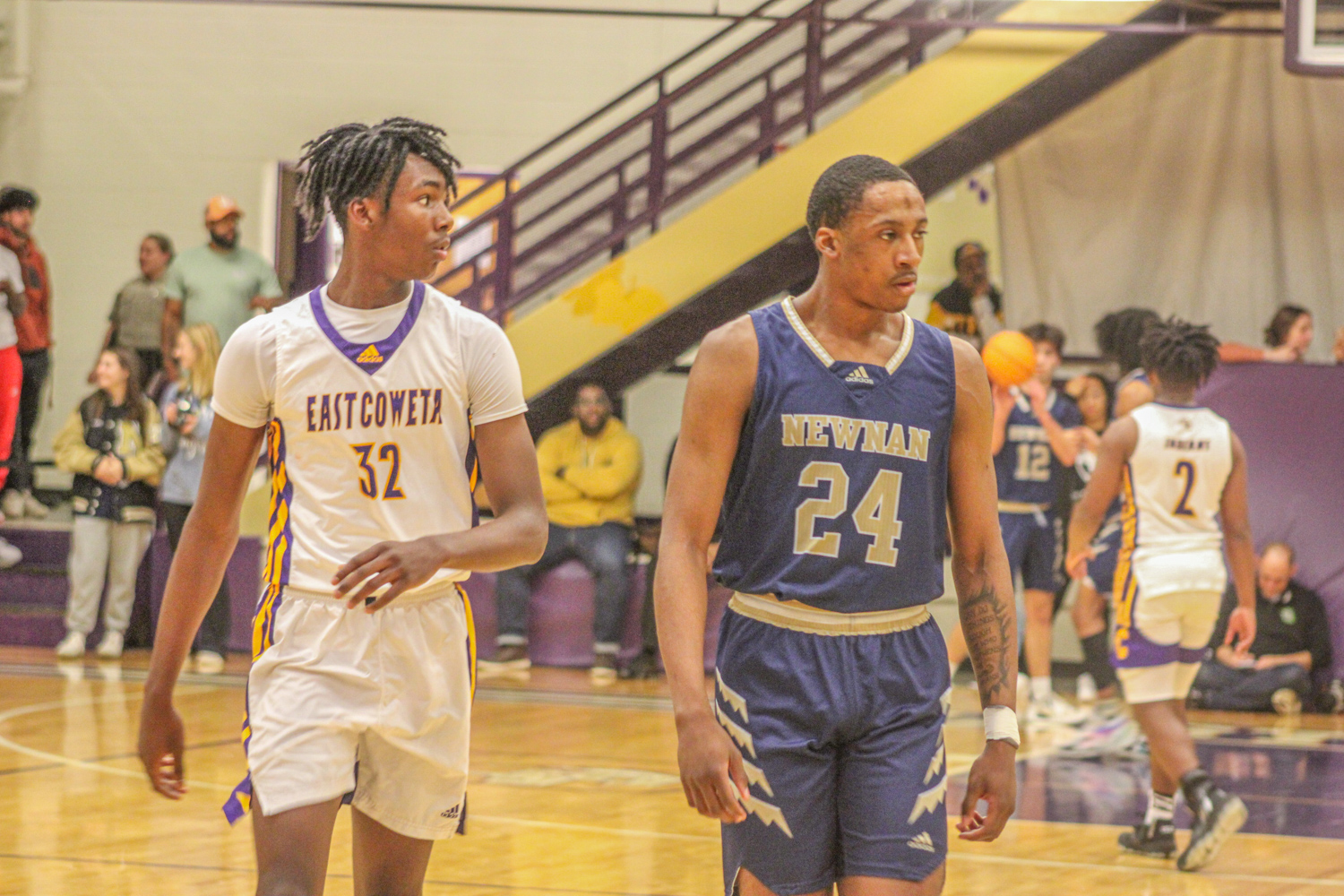 Newnan’s Derrius Teagle (No. 24) scored six points in the paint early to give the Cougars a 17-9 lead after the first quarter. 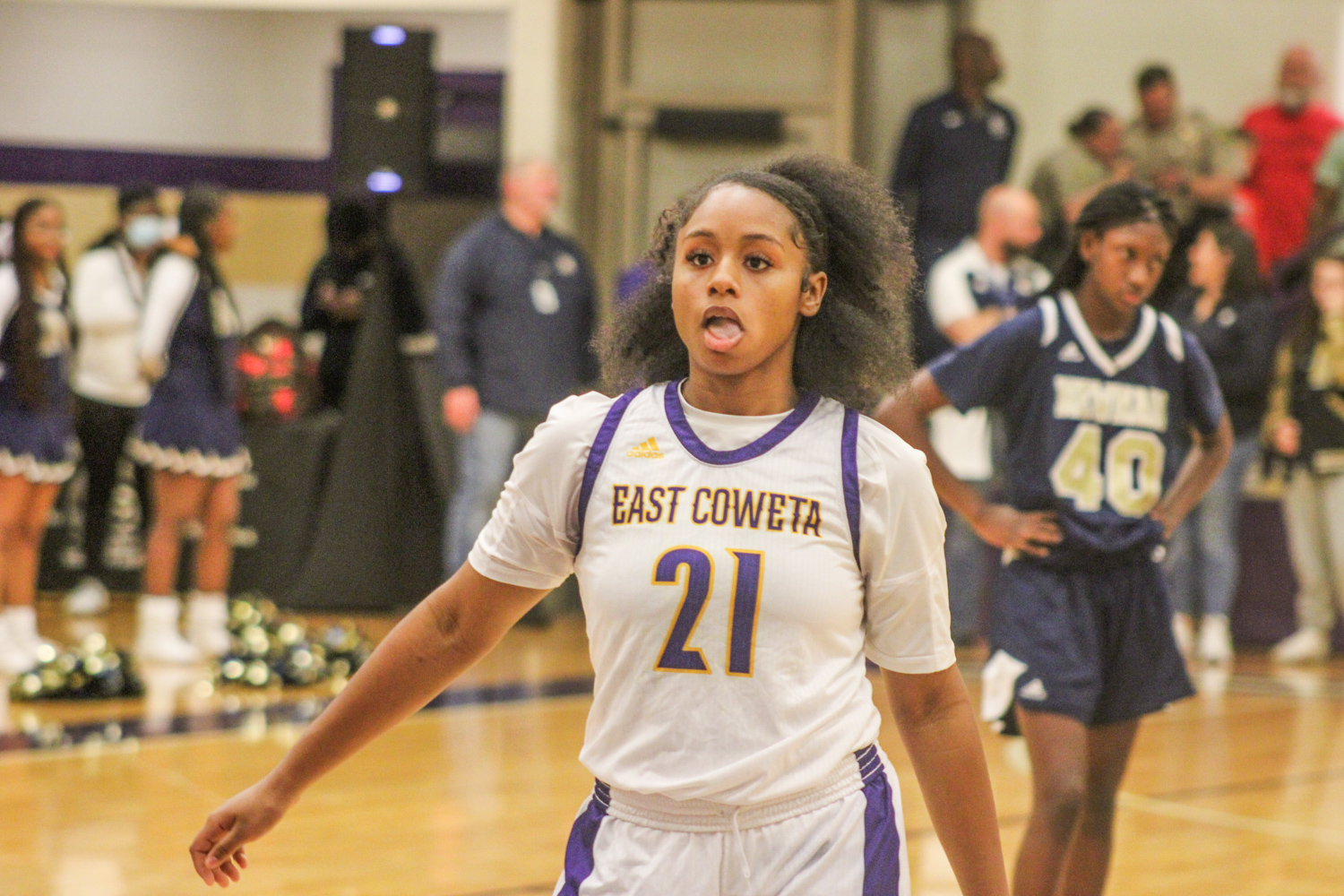 Lady Indian Olivia Daniel (#21) gets an opportunity to score from the free throw line. 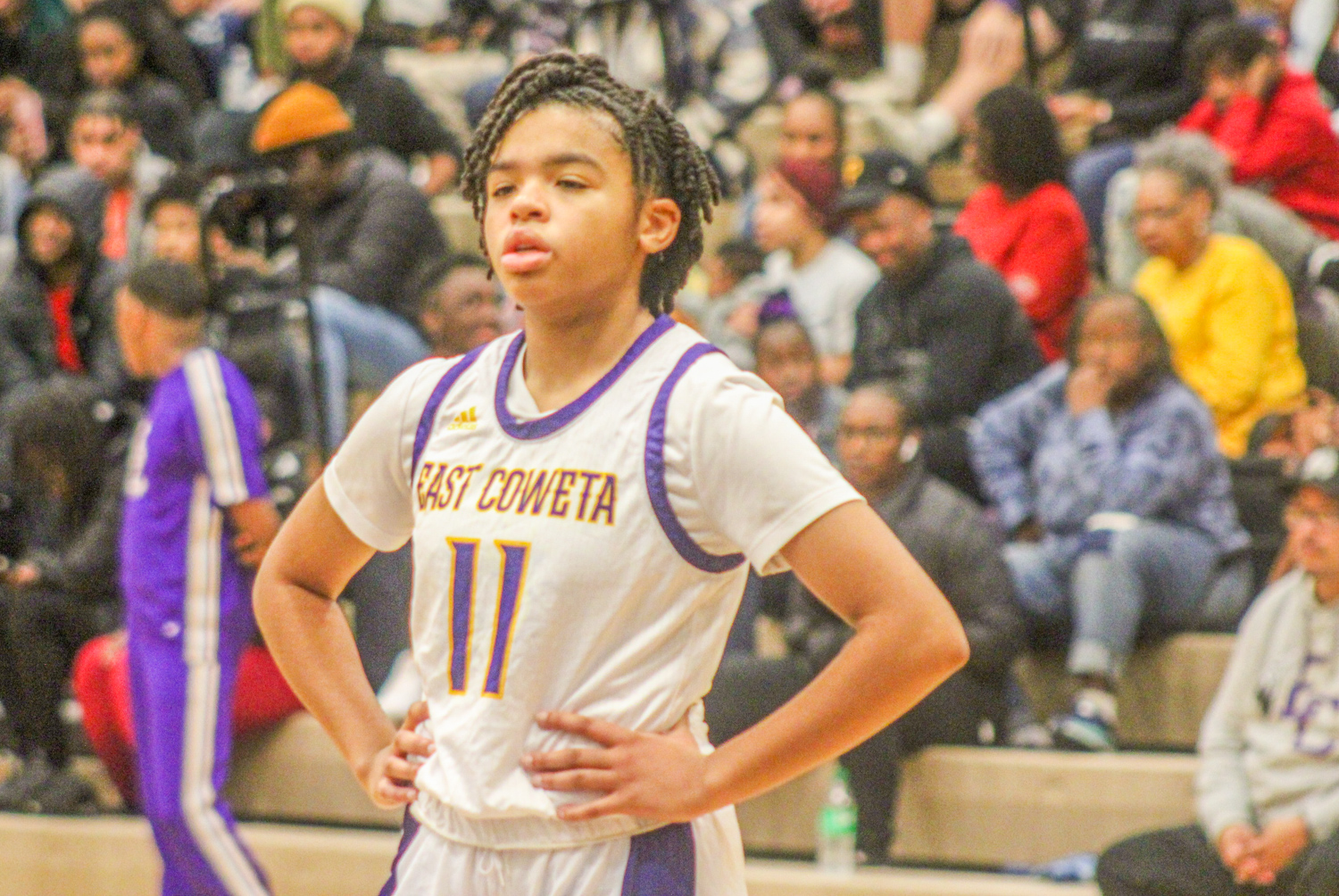 Lana Revere (No. 11) and the Lady Indians continue to show improvement through the regular season.