With each sunrise, Jan and Ernest Taylor of Newnan strap on their bike helmets and set out for a 20-mile bike ride.

Logging 100 miles a week, their weekday ride runs parallel to who they are as a couple: committed. It’s the common thread weaving throughout their nearly 55 years of marriage.

Ernest and Jan’s commitment to serving reaches deep into the Coweta community and beyond. They launched Coweta Charter Academy, a high-performing elementary and middle school in Senoia, as well as Coweta Pregnancy Services in Newnan.

They created The Heritage Foundation and through it sponsor an annual event called Awakening, which gathers conservative thought leaders across politics, economics and philosophy. The open-forum, family-centered retreats promote learning, the exchange of ideas and the fostering of stronger families.

The solid commitment they’ve made to each other spills over into their commitment to helping others.

“We’re just doers,” Jan said as she shared the pair’s passion for standing in the gap. “We’d both pick up the load in a moment to do what needs to be done.”

The vibrant couple further explains how their strengths and weaknesses complement each other. Where one is lacking, the other is strong.

“We make a good team,” they said together. 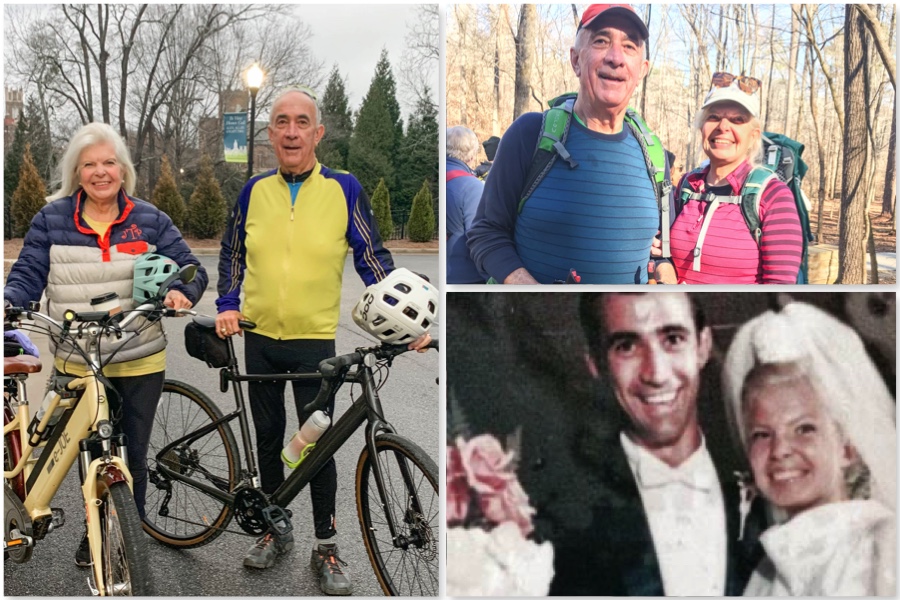 On Feb. 24, 2022, the couple flew to Belgium to visit their daughter, son-in-law and two grandchildren. As their flight ascended, Jan and Ernest anticipated spending time with family. But upon arriving in Brussels, their plans rapidly changed as they learned that while they were in flight, Russia had invaded Ukraine.

They took action. Their daughter, a graduate of The Heritage School in Newnan, downloaded a supply list from the Ukrainian embassy. The family gathered items from their home, including socks, coats and blankets.

At the embassy, Ernest asked, “What else do you need?” Boots, they said, so boots were bought, boxed and delivered.

The entire family mobilized to help. Kids packed and loaded boxes alongside adults. The multilingual grandchildren translated conversations for Jan and Ernest while they set about buying and bringing more supplies to the embassy.

As the days unfolded, the Taylors watched Ukrainian refugees arrive in Belgium seeking shelter. Just 10 days into the invasion, 52 Ukrainian families waited in below-freezing conditions outside the embassy.

The embassy sent a notice to citizens, and the Belgian people responded. Within less than two hours, every single family had a warm place to sleep and food to eat.

Jan posted on social media how their trip was unfolding. She didn’t ask for a dime, but donations poured in via her PayPal account.

“Shop for me,” donors said, so they did. When the trip was over, $4,000 in supplies moved through them to the people of Ukraine.

When the Taylors returned home to Newen, they wrestled with how to continue helping.

“They’re just like us,” Ernest said. “Can you imagine this happening to your own family?”

“What happens on the other side of the world affects us over here,” Jan said. “The world is like a golf ball. You can’t tap one side without it affecting the other side.”

They decided they’d continue purchasing supplies via Jan’s daughter's Belgian amazon.com account, and her daughter would make deliveries to the embassy. Seeing their continued commitment to helping Ukraine, The World Outreach Fund offered a $30,000 matching grant.

MAP International, a Christian organization, provides medicine and health supplies to those in need globally. MAP serves all people regardless of religion, gender, race, nationality or ethnic background.

MedShare, a humanitarian aid organization, focuses on improving individuals' quality of life, communities, and the planet by sourcing and directly delivering surplus medical supplies and equipment to those in need.

Between World Outreach, MAP, MedShare and individual donors, the Taylors have funneled more than $4.5 million in supplies, medicine and medical equipment, including EKG/ECG machines, monitors, sterilizers, stretchers and defibrillators. 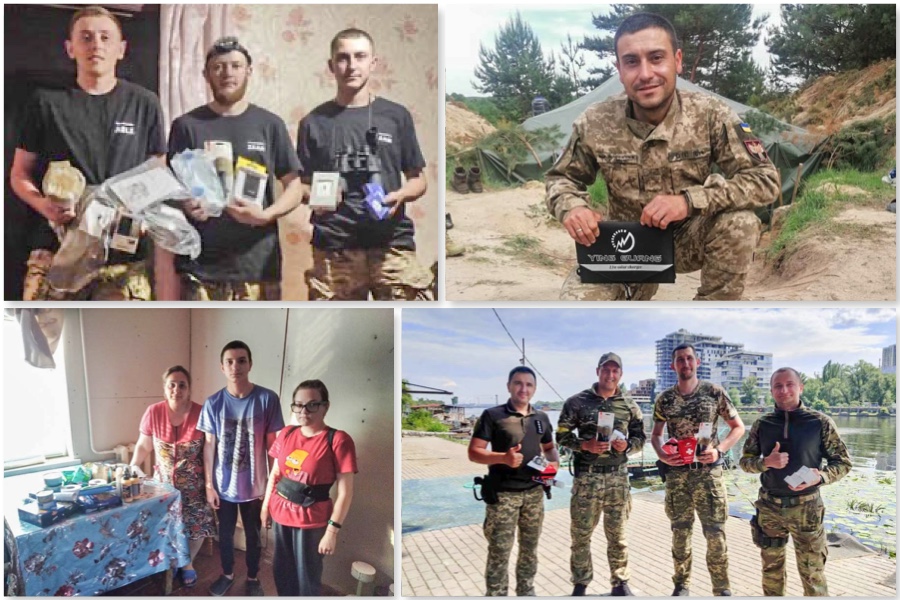 With partnerships in place, the Taylors needed a base to import and export supplies. Their previous donations had been easily dropped off at the embassy. With the massive load of supplies coming in, they needed more space. The Brussels Exhibition Centre became their base.

When sending items across country borders, every item must be documented and requires a customs fee. With thousands of supplies and few volunteers, documenting and processing high-volume donations would take extensive time. But in war, every moment counts.

To move swiftly, the Taylors were granted diplomatic immunity from the Ukrainian Embassy. They were no longer required to document items or pay customs fees. Supplies and medicine could quickly be put into the hands of the Ukrainian people.

Since their initial visit in February 2022, the Taylors have formed a relationship with Renaissance de la Nation, a nonprofit organization established by the Ukrainian embassy to transport donations from Belgium to Ukraine.

“Some people will be remembered more than others,” he said. “The Taylor family is certainly part of them. They were among the first ones and also part of those who were always there to support us and Ukraine. To this day, we cannot thank them enough for everything they have done for Ukraine.”

Established nonprofits took notice of the Taylors' grassroots pathway of relief aid via their partnership with Renaissance de la Nation. Convoy of Hope and Samaritan’s Purse initially struggled to deliver their donations to Ukraine. Today, they, too, move supplies through the Taylor’s pathway.

The Taylors say they’re in awe of the rapid growth of the relief effort, giving credit to God for orchestrating it.

“All we’re doing is delivering God’s answer to (the Ukrainian people's) prayers for supplies,” Jan said. “We’re just making a way to get them what they prayed for.”

Their pathway of donations inspired a friend to name them “The Ravens.” The friend referenced how God used ravens to deliver food to the prophet Elijah in 1 Kings 17.

Today there are 167 “Ravens” around the world, from Australia and Austria to Peru, Poland and beyond. Newnan alone boasts 30-plus members, all committed to keeping aid moving to Ukraine.

The Taylors are now raising money for solar-powered generators to provide a reliable energy source, with Ukraine’s current gas supply under threat.

And the couple already is still looking to the future, when the war ceases.

To learn more about the Taylors' efforts in raising money for solar-powered generators, email Jan at jptaylor@beechhillgroup.com .