After the victories, both teams stood in second place in their region.

The Heritage Varsity Girls played first in a game with the crowd on the edge of their seats. Strong Rock was a suitable competitor for the Lady Hawks, and it is assumed that both teams grew from this game.

Defensively, senior guard Alex Knight significantly stood out. Knight is a defensive weapon that is not afraid to go for the ball, which is a huge advantage. The Hawks rose to the occasion during this game and defended their home court.

Pass led the Lady Hawks with 12 points and seven rebounds

The varsity boys' game was not as close. Several players’ abilities were shown throughout the game. Junior shooting guard Max Skidmore executes the 3-point shot effortlessly and, more often than not, successfully.

Skidmore has also improved in other areas on the court, making him an incredibly well-rounded player.

This year a new young athlete has been added to the roster. Eighth-grader Kevin Savage is a player to keep an eye on throughout these next few years. Though only in eighth grade, his skill level matches those on varsity. The team works seamlessly together to achieve victories.

Skidmore led the Hawks with 15 points and eight rebounds.

The Hawks will travel to play a region game on Friday night against Westfield Academy in Perry, Georgia. 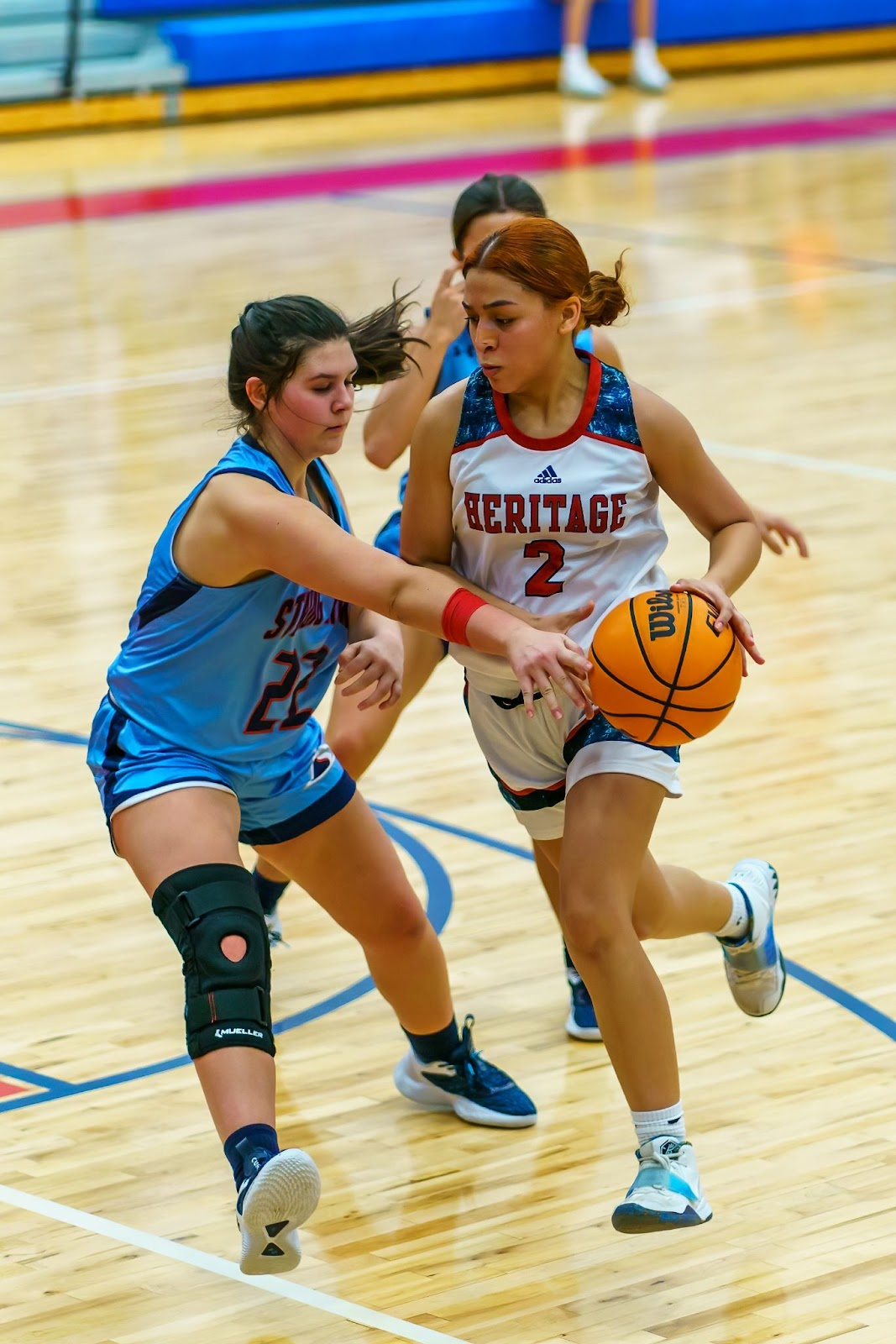 Jazlyn Mena (No. 2) maneuvers through traffic to lead the Lady Hawks to a 23-20 victory. 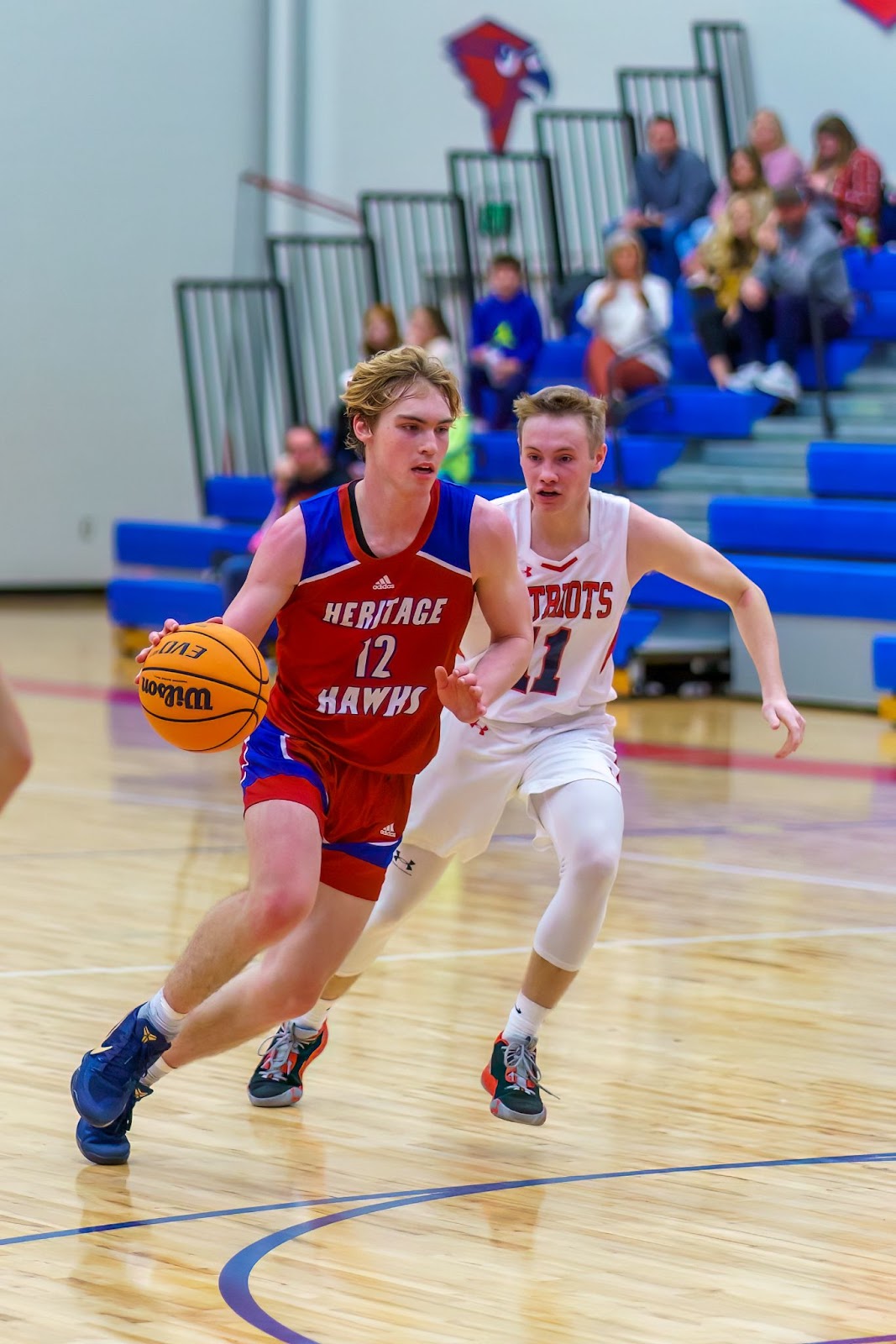 Max Skidmore led the Hawk's offense in their win over Strong Rock with 15 points.

Max Skidmore led the Hawk's offense in their win over Strong Rock with 15 points. 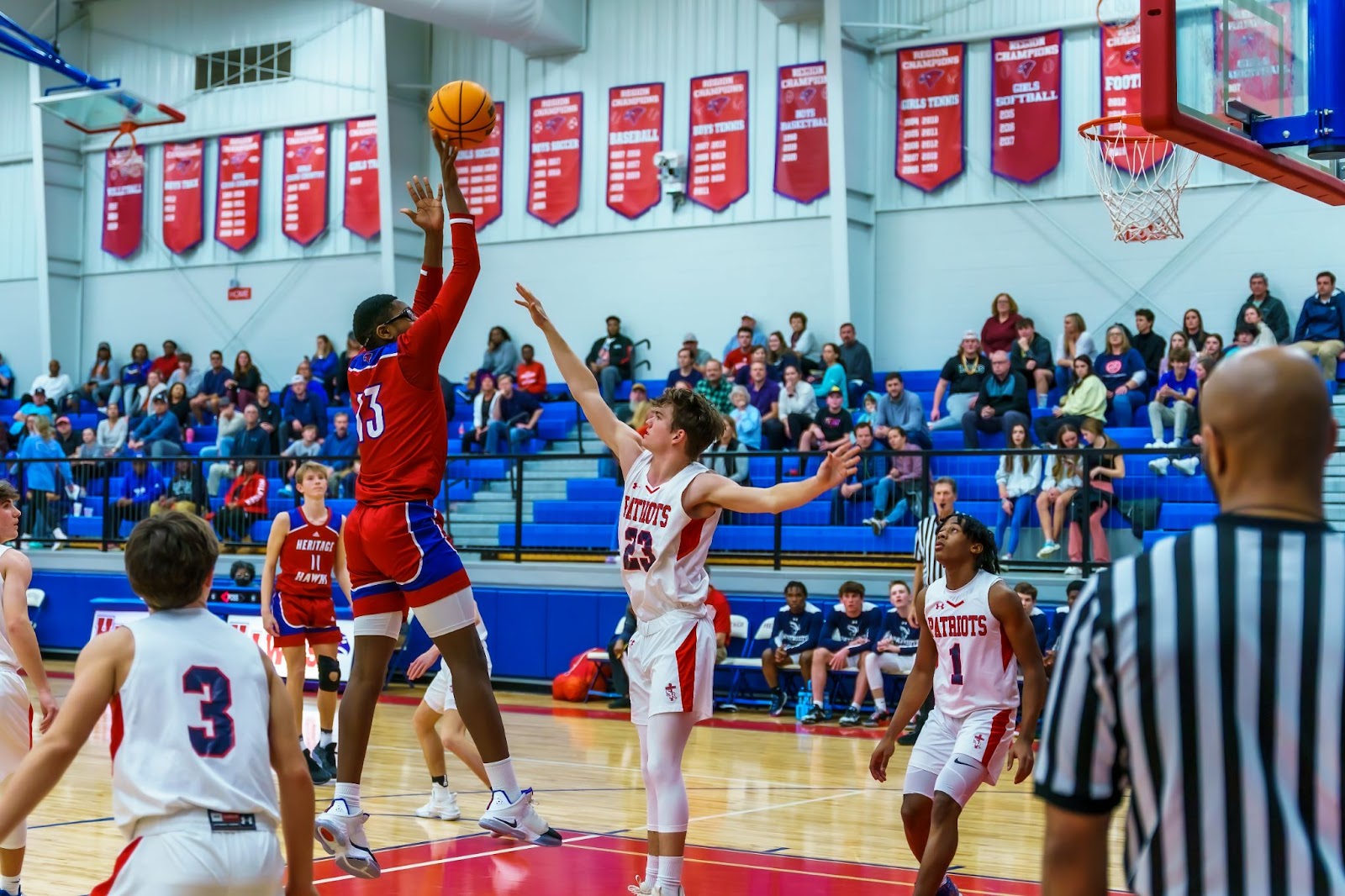 Senior post player Demetrius Gibson checked in with a double-double, 11 points, and ten rebounds in the Hawk's victory.