On World Suicide Prevention Awareness Day, Pathways Center and AnotherWay Foundation made sure No One Walks Alone.

World Suicide Prevention Day was established in 2003 by the International Association for Suicide Prevention, in conjunction with the World Health Organization. Its goal is to focus efforts on reducing suicides, eliminating the stigma surrounding mental health issues and raising awareness among organizations, governments and the public.

More than 700,000 people worldwide die by suicide each year, according to the WHO, which estimates that for every person who completes suicide, 20 others make an attempt and countless more contemplate taking their lives.

According to www.who.int , millions of people suffer intense grief or are otherwise profoundly impacted by suicidal behaviors.

“Each suicidal death is a public health concern with a profound impact on those around them,” the website states. “By raising awareness, reducing the stigma around suicide and encouraging well-informed action, we can reduce instances of suicide around the world.”

The walk was organized by Abigail Alvarez, director of client engagement at Pathways Center, to raise funds for mental health treatment and inform people about the issues surrounding suicide, a leading cause of death in the U.S.

"We wanted to organize a family-friendly and fun event that served as a conversation starter for families to talk about suicide,” Alvarez said. “(It also) gave practical and easily accessible examples of coping skills that can be used at home when thoughts of anxiety, depression and suicide start to creep in."

More than 300 people attended the event, which raised more than $11,000 to be used in 2023 to help to offset the cost of mental health treatment for those in the community who are unable to afford care.

Suicide Prevention Action Network attended the walk, and representatives handed out beads that represented how they relate to suicide – loss of child, loss of spouse, loss of friend, supporter and personal struggle all had an identified color.

Within the first hour, all of the green beads – a color representing a personal struggle with suicide – had been distributed. Alvarez said she was “so proud of everyone who was brave enough to wear that color and begin removing the stigma behind such a predominant issue.”

The Honoree Trail gave participants an opportunity to remember, mourn and honor loved ones lost to suicide by placing flags with their names along the walk.

Alvarez said Pathways Center plans to host “No One Walks Alone” annually, and to continue raising awareness of suicide. 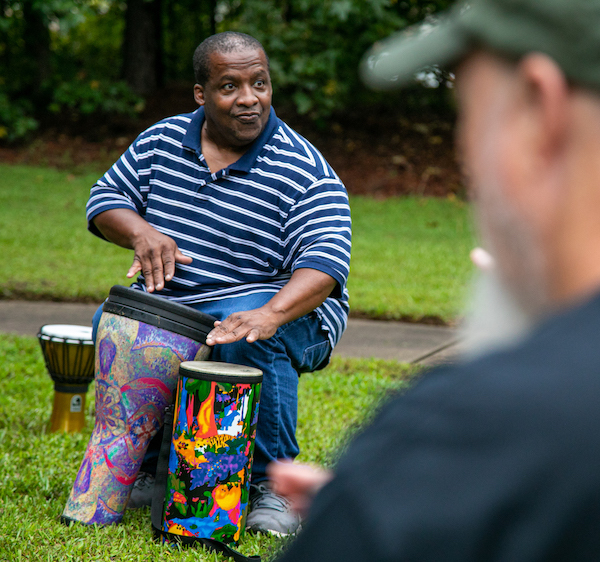 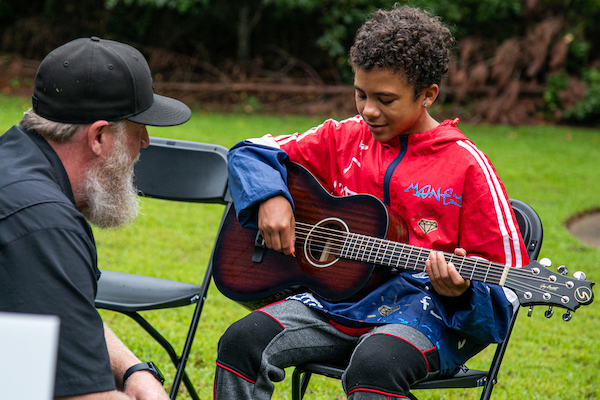 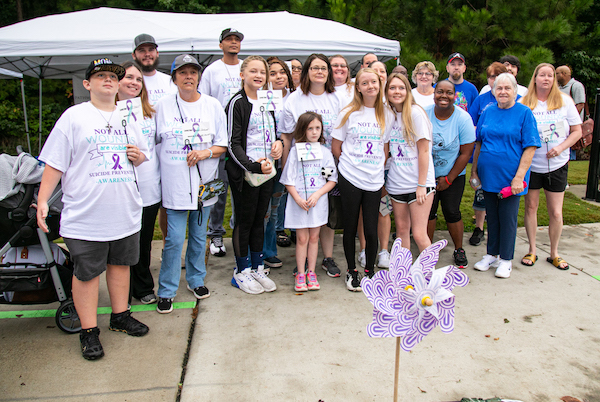