Getting to know Joe W. Strickland

‘Better than any dream I could have’ 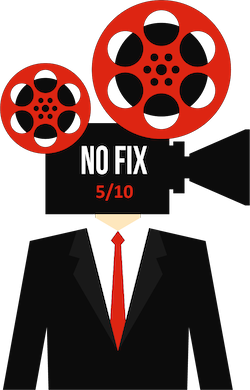 “Don’t Worry Darling” never had a chance. The controversy leading up to the film’s release put director Olivia Wilde in an impossible position: Her film had to be a classic, or it would be deemed a disaster.

While I wouldn’t call “Don’t Worry Darling” a disaster, it’s an undeniable disappointment. Wilde has admitted that her influences were “The Matrix” and “The Truman Show,” and her version is like a pale echo of those films.

“Don’t Worry Darling” is a derivative, strained narrative with an enticing premise, lush visuals and an attractive, talented cast. What went wrong is at the script stage because the story’s twist fails to justify all the effort put into the movie’s high-end production.

In “Don’t Worry Darling,” we meet young couple Alice and Jack Chambers. They live in the perfect, isolated desert community of Victory, California. It’s a place modeled after the 1950s, and it very much shares the cultural sensibilities of that time. But given the ethnic and racial composition of the residents, you instantly get the impression that Victory isn’t a place from the past.

Jack (Harry Styles) works for a mysterious company on something called the “Victory Project.” Every day, he kisses his wife, takes his lunchbox she’s carefully prepared for him and drives off to his job in the bowels of a nearby mountain. Alice (Florence Pugh) dutifully wishes him a good day and spends her time away from the hubby with a stiff martini, shopping and housework.

Fireworks occur when Jack comes home to his “little wifey,” who has cooked an excellent T-bone and is ready for action. This young, childless duo is always ready for a roll in the hay. But despite their animal magnetism, something is off in their relationship. And their problems aren’t an anomaly in Victory.

As Alice grows increasingly weary of the place, she notices that other wives share her concerns. But her saucy, always-under-the-influence neighbor Bunny (Wilde) seeks to forget at the bottom of a vodka bottle. She encourages Alice to drink up.

When Alice and Jack attend a party thrown by Jack’s employer, Frank (Chris Pine), things get more complicated. As Frank is introduced by his spidery wife, Shelley (Gemma Chan), he delivers a speech that immediately establishes him as a budding cult leader. Alice doesn’t like the guy, not one little bit.

“Don’t Worry Darling” doesn’t hide its influences. Elements of “The Truman Show” abound; however, “Don’t Worry” pushes sex and adult situations to distinguish the story. And Styles and Pugh make an alluring couple. But given the sinister pall that hangs about the place, their chemistry never quite gels.

Jack is hiding something, and the docile Alice appears medicated. This distrusting fog isn’t a foundation upon which a loving bond is built. The script written by Katie Silberman, Carey Van Dyke and Shane Van Dyke doesn’t give us enough backstory for viewers to believe or embrace their love for one another. This ambiguity, meant to deepen the mystery, undercuts our concern and interest in their plight. “Don’t Worry Darling” isn’t a tragic love story, and to be fair, it wasn’t meant to be.

The dark images we see recurring within Alice’s mind are reminiscent of something from a Dario Argento horror film. At times, I could detect “Suspiria” vibes, particularly with regard to the ballet classes the wives take from the domineering Shelley. It’s disturbing and teases something grander and fantastic behind the scenes.

After the intriguing setup, “Don’t Worry” has trouble capitalizing on its incendiary premise. Thematically, Wilde wants this movie to explore female exploitation and misogyny with a colorful jab at the incel phenomenon. But by relying on uninspired, derivation elements to wrap up her satirical poke at distasteful, dated cultural mores, she fails to innovate in a way that best portrays her provocative message.

The disappointment with Wilde’s second feature film, after the critical success of 2019’s “Booksmart,” is that instead of taking risks, the actress turned director merely dresses up story threads we’ve seen used more effectively in other movies. “Don’t Worry Darling” is a stumble for Wilde, who should break the mold instead of merely repeating it.