It was a hot Saturday night, but the racing on the dirt oval was even hotter at Senoia Raceway in front of a packed house.

The Pollard family welcomed race fans from all over the southeast as part of their weekly racing series, including the Crate Racing USA Dirt series.

Whitesburg's Austin Horton registered the win in the main event, the Senoia Raceway 50, and took home the $3,000 first prize. It was his second race of the night; he also finished third in the Hobby Division race after posting the quickest hot lap.

There were 144 cars entered in the seven sanctioned events, including a photo finish in the 602 Charger Division, where Garrett Williams from Kennesaw just nosed out Bubba Scott for the victory.

Other winners on the evening included Mike Webb in the Hot Shots, Chris Steele in the Bomber, John Holcomb in the Mini, Chris Arnett in Hobby, Garrett Williams in 602 Charger, and Brandon McDaniel and Matt Thompson in 602 Sportsman.

For Horton, it was his fifth overall win in 2022. He started ninth out of 49 cars in the Senoia Raceway 50 and took the lead from Joseph Joiner on a restart with 18 laps to go. Joiner, Tyler Millwood, Mark Whitener and Cody Haskins filled out the top five.

Horton said after the race, “I appreciate the hometown crowd for cheering me on. It’s awesome when you can feel the energy of the fans in this place. I also appreciate my family and crew and sponsors for the support.”

Horton's race car was from the Brandon Duke Racing stable out of Carrollton, Georgia.

The Crate Racin' USA series is based in Lincoln, Alabama, and race cars came from four states to participate (Georgia, Florida, Alabama and Tennessee).

Shane Payton from Newnan, was the top local finisher in the Crate series race. He finished third in a 10-lap B Feature to earn his way into the big race, where he finished 18th.

Other top local finishers included Newnan's Tommy Faulkner with a third in the 602 Sportsman, and Senoia's Robert Caldwell came in third in Mini.

The most exciting finish of the night was in the Williams victory over Scott in the Charger division. The winning margin was a minuscule .0009 seconds or just a couple of inches. The two racers have formed quite the Senoia rivalry on the clay track, including a wreck at the finish line back in June.

Things will heat up again Thursday night when Senoia hosts the Southern Nationals Series for a weeknight affair, with $4,053 going to the winner of the series event. Also on the racing card will be Super Late Models, Hot Shots, 602 Sportsman, 602 Chargers and 604 Late Model.

The last time the Southern Nationals series visited Senoia was in 2020 when Brandon Overton from Evans, Georgia, took the victory.

In other local racing news, Senoia’s Bubba Pollard finished 10th at the Redbud 400 at Anderson Speedway on Saturday night.

This Thursday, the Senoia grandstands open at 5 p.m., and racing starts at 6 p.m. 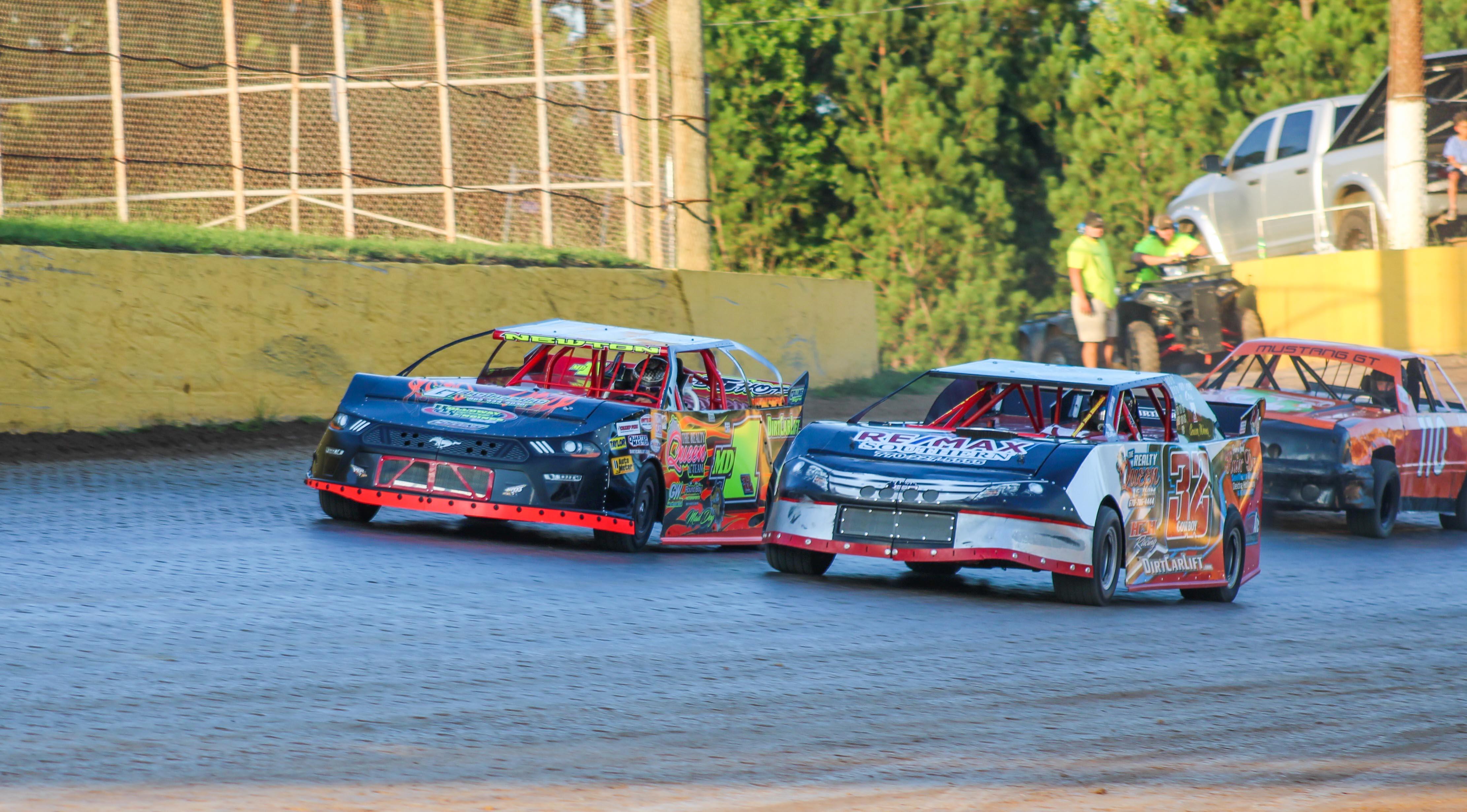 In the Mini Stock Car Division, John Holcomb (No. 32) and Mark Newtown (No. 1) at the start of the 15-lap feature. Holcomb got the win. 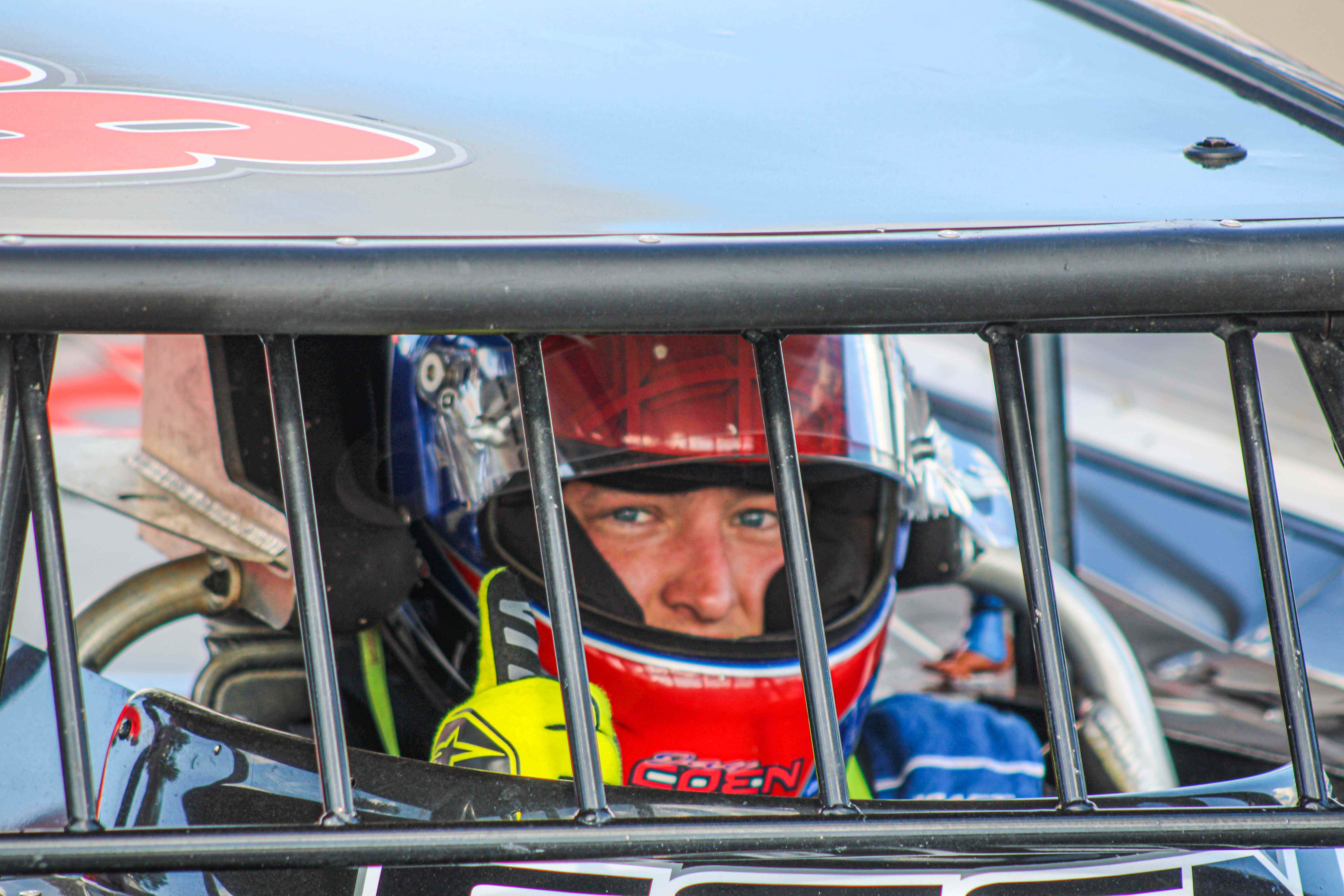 Driver Jay Coen from Dacula, Georgia gives the thumbs up before his qualifying run. 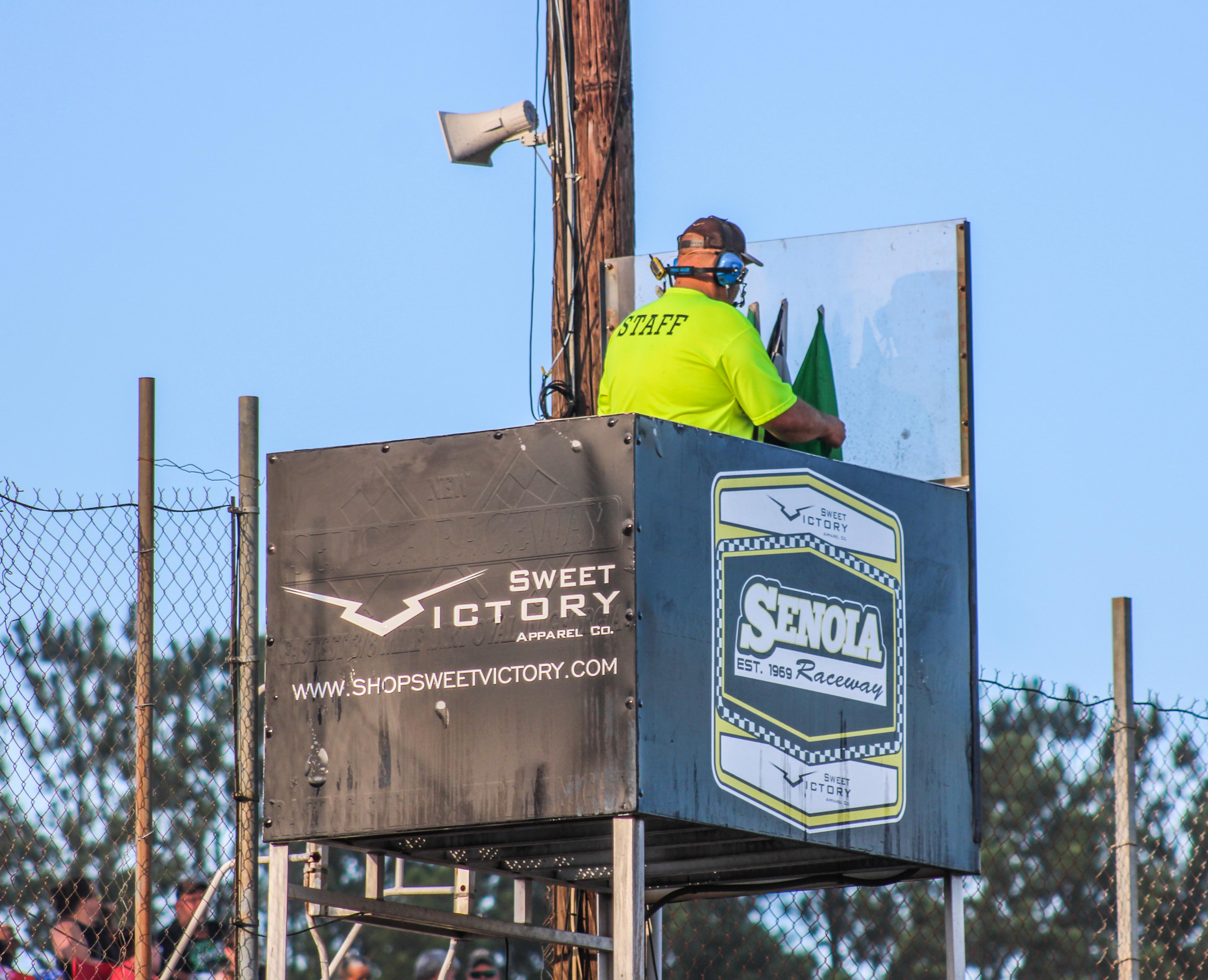 There were 144 race cars registered to race in seven events on Saturday night at Senoia Raceway. 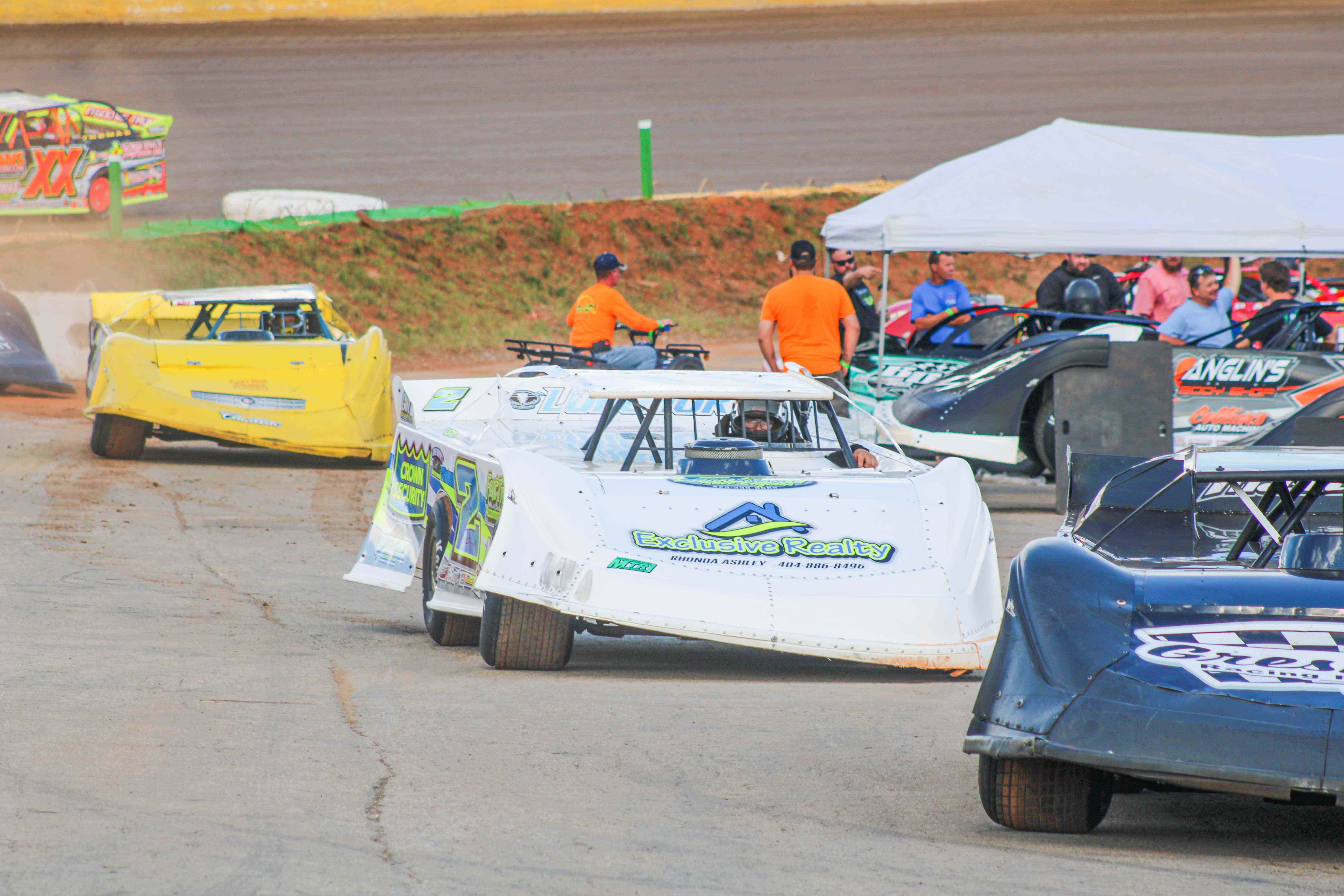 With the number of cars at the facility, there were numerous traffic jams in the pit area. 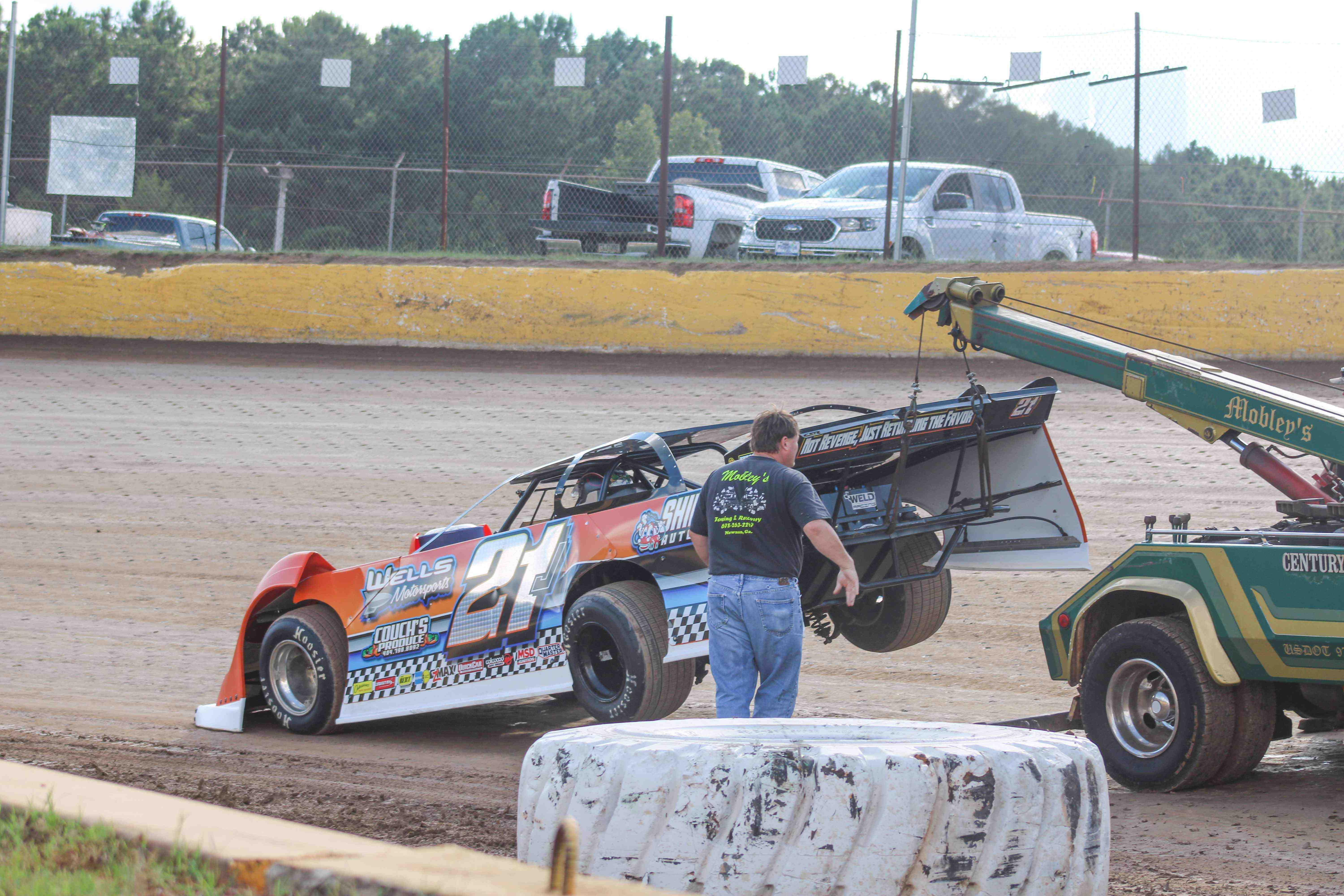 Ben Wells (No. 21) gets an assist from Newnan’s Mobley Towing and Recovery. 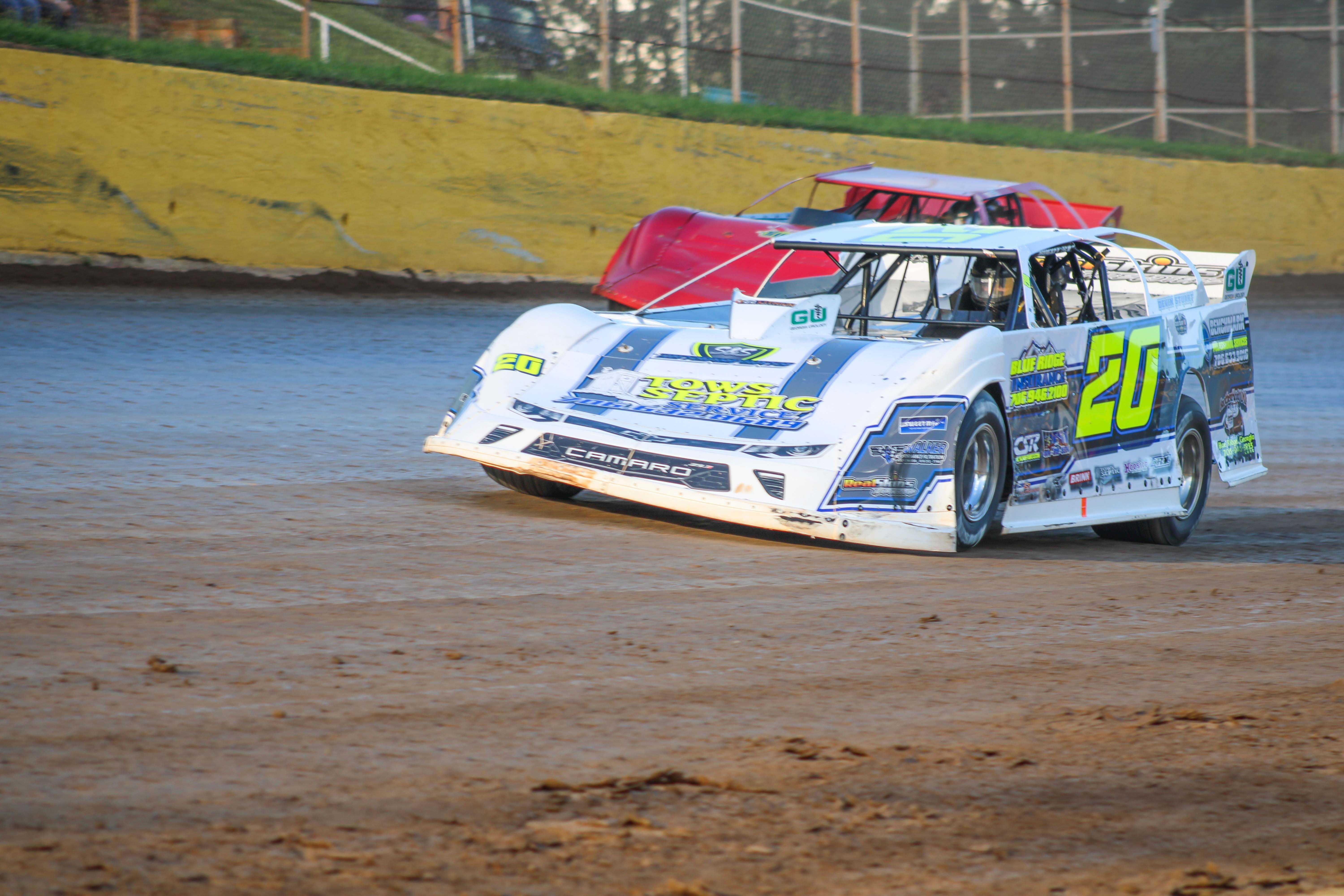 Devin Stuart (No. 20) from Blue Ridge, Georgia, just missed out on making the Senoia Raceway 50 in the Crate Racin’ Series. 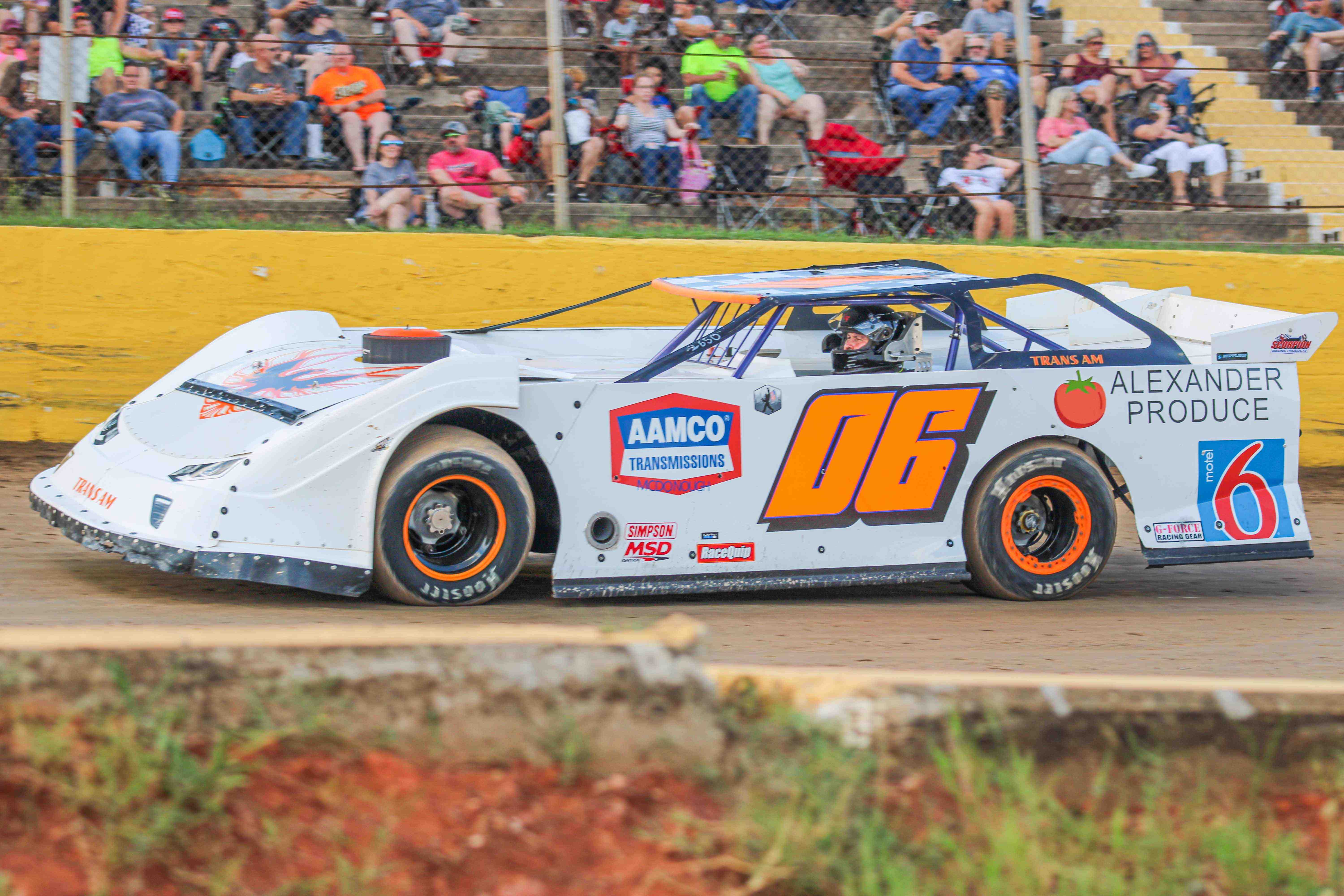 In the Hobby division, John Landrum (No. 6) from Fayetteville finished in eighth place. 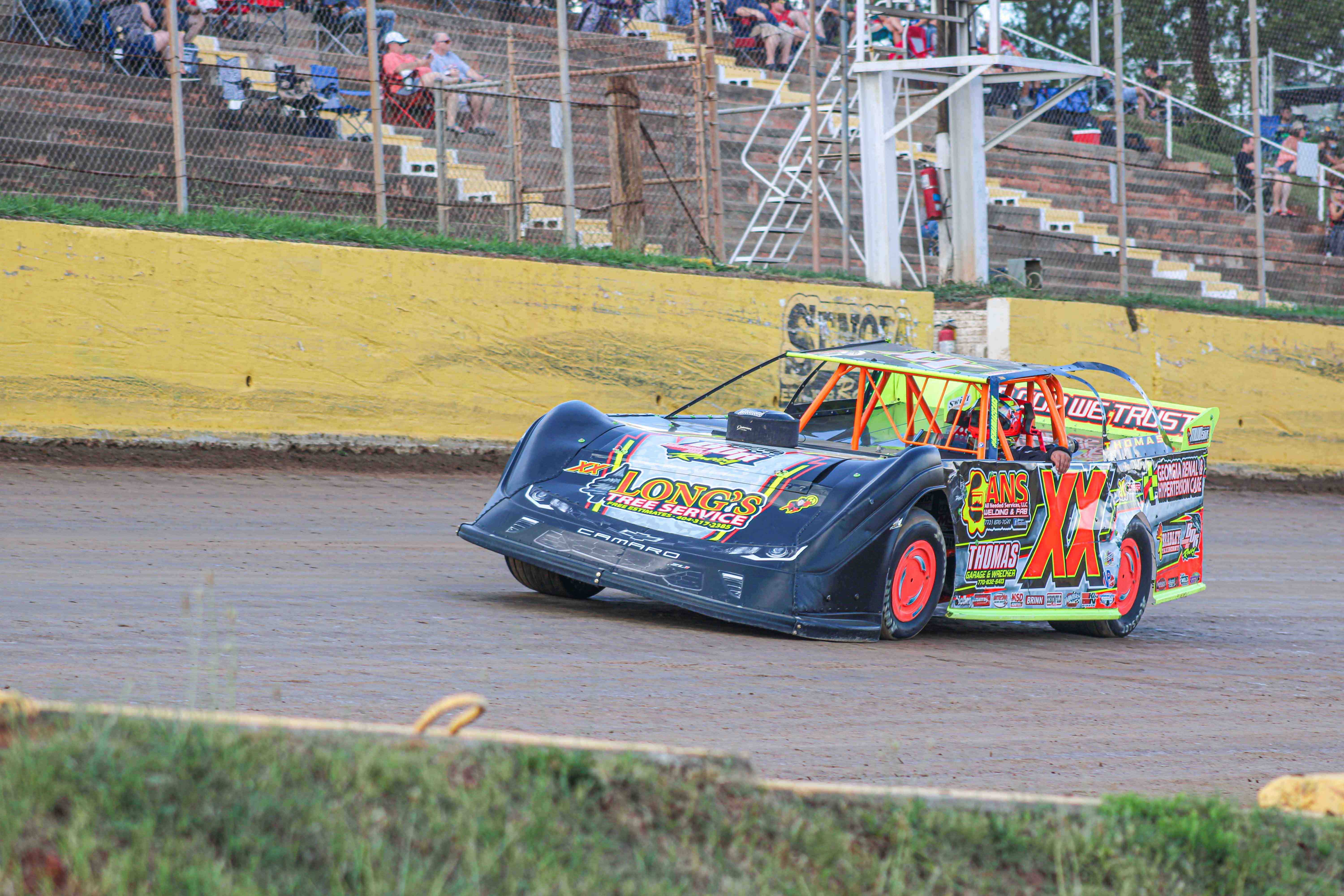 Sometimes cars do not have numbers, they have letters instead. Whitesburg’s Michael Thomas is in the XX car. 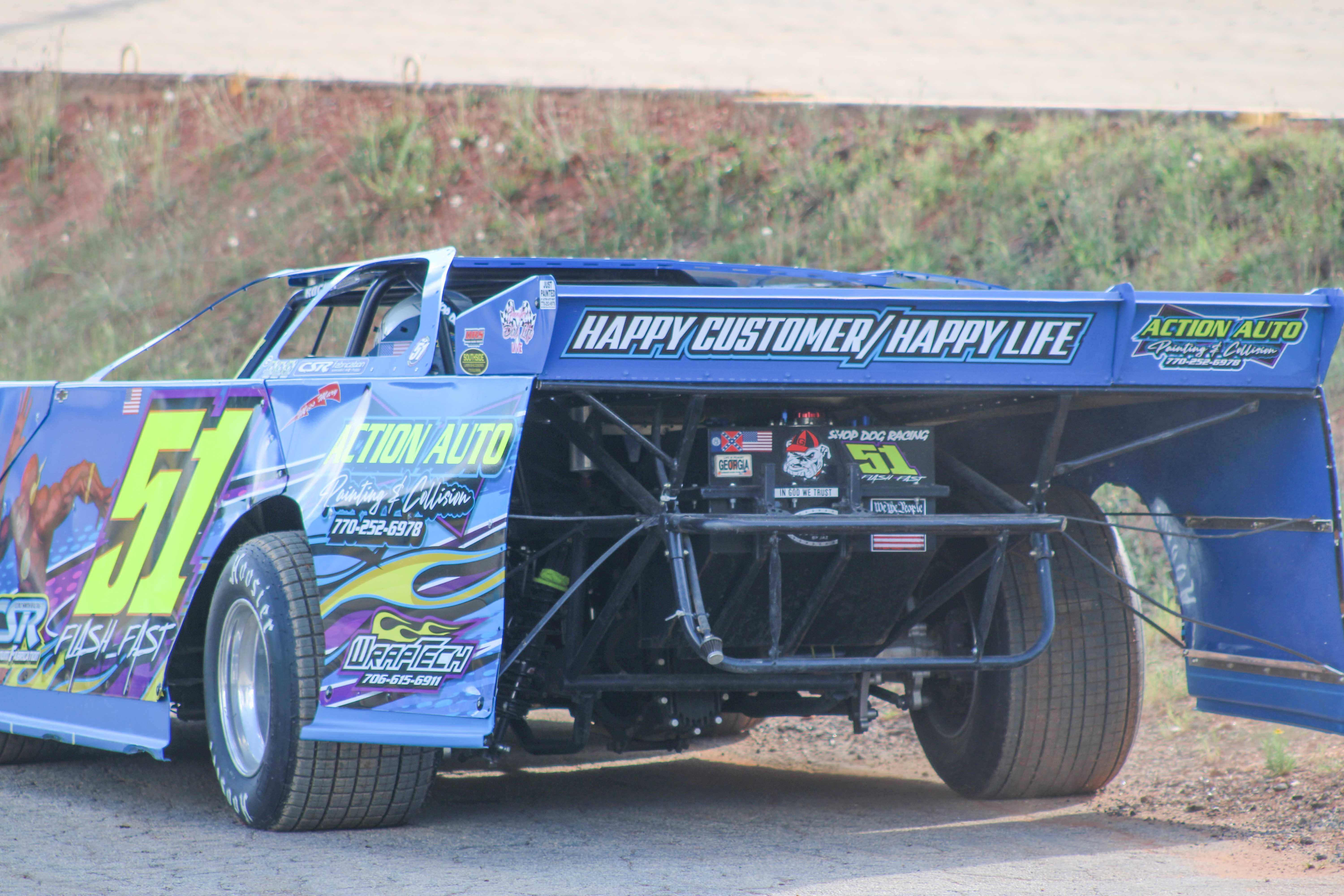 Newnan’s Tommy Faulkner in the 51-car waiting to take the dirt oval track. 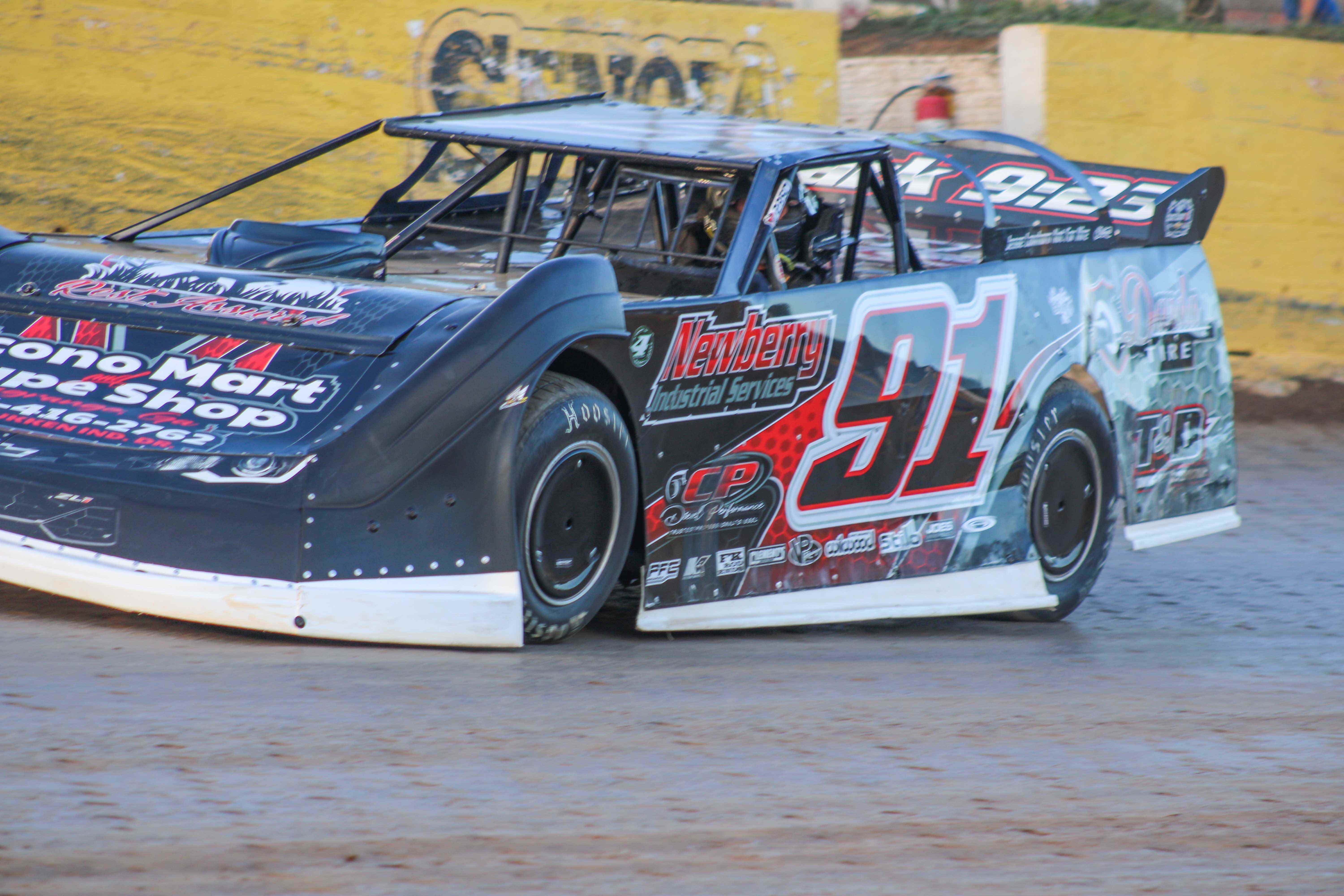