For many years, minor league baseball was the fabric of the country.


Before televised sports began, major league baseball was mainly for those that lived in the big cities. Across the country, the small towns of America got their baseball fix from the box scores in the newspapers and the local minor league teams they called their own.

Newnan has its own rich heritage of teams, players and characters that gave the city a buzz and a baseball fix on those hot summer nights of years past. Each game turned out to be a mini-Norman Rockwell painting, a snapshot in time that slowly faded away.

Fortunately, the sport left memories that still give us all a hint of what used to be before we started the drive-up Interstate 85 to see the Atlanta Braves.

Newnan fielded teams in the Georgia Alabama League on two occasions. From 1913 to 1916, they were the Newnan Coweta’s, and then from 1946 to 1950, they competed as the Newnan Brownies. They were classified as Class D League, which at the time was the lowest rung on the baseball hierarchy ladder.

The Coweta's played their home games at Lee Park, a vanished piece of Newnan architecture and sports history. After some intensive research, the park's location was where the new pickleball facility, the HOP, is located.

There are many claims to fame on the boys who played out of Lee Park, but the biggest two included the 1915 league championship and the presence in 1915 and 1916 of future Hall-of-Famer Bill Terry in a Newnan uniform.

Although his major league career saw him play first base, he was a pitcher for the Coweta's and won 18 games during his time here.

When professional baseball returned to Newnan in 1946, Lee Park gave way to Pickett Field, which still stands today as a baseball facility. Picket Field held 3,500 fans, and in 1946, the Brownies set a Class-D attendance record when they drew over 112,000 to the park, an average of 1,800 a game.

Those are impressive numbers for a community that only had a population of 8,000 at the time.

Former Coweta Sheriff Lamar Potts was the President of the Newnan Baseball Association.

As television became more popular as entertainment, the attendance numbers steadily dropped until the team ceased operations after the 1951 season.

Today, minor league baseball is big business. A lot of the nostalgia involved in the sport has been removed, and no communities are directly linked to their ball teams anymore.

But there was a time here when it was special. Next time you are off Wesley Street, where Pickett Field still sits, think of a crowd of 3,500 catching a ball game there. And when you are over near the Newnan Police Department and the pickleball courts, think of a Hall-of-Famer breaking into the game.

The teams are gone, but their memories continue to waft the community. 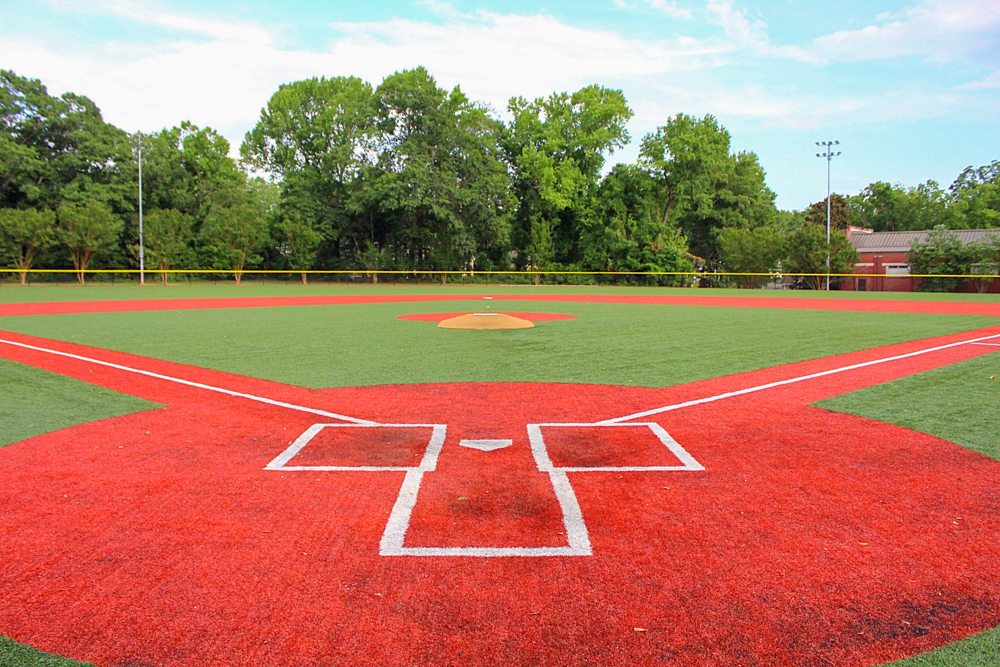 Newnan's Pickett Field was renovated in 2021, but it is on the same site where the Newnan Brownies of the Georgia Alabama League played from 1946 through 1951. (Photo by Kristy Rodgers) 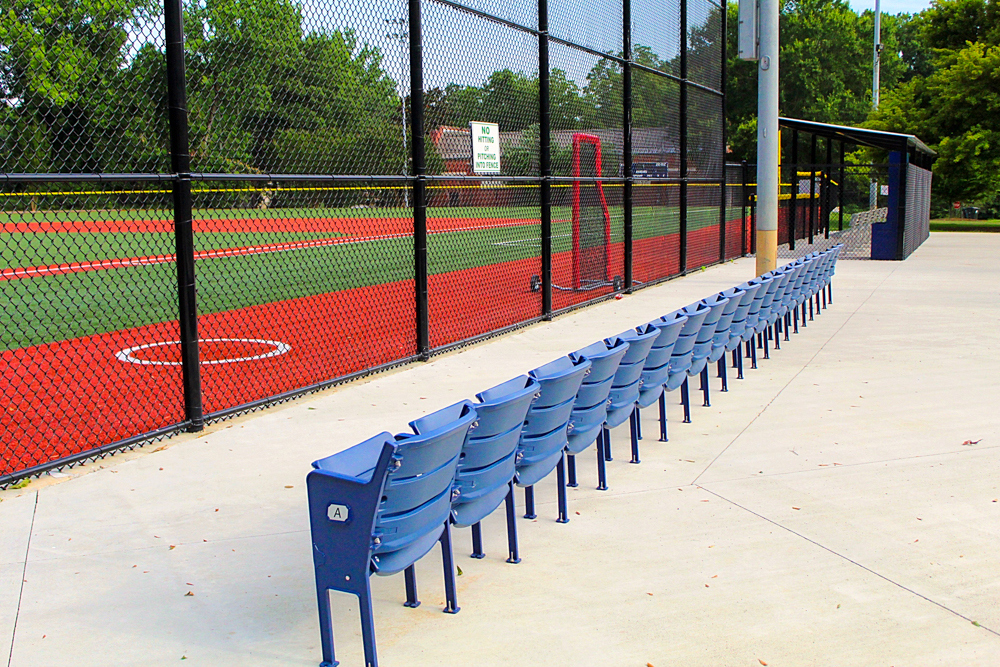 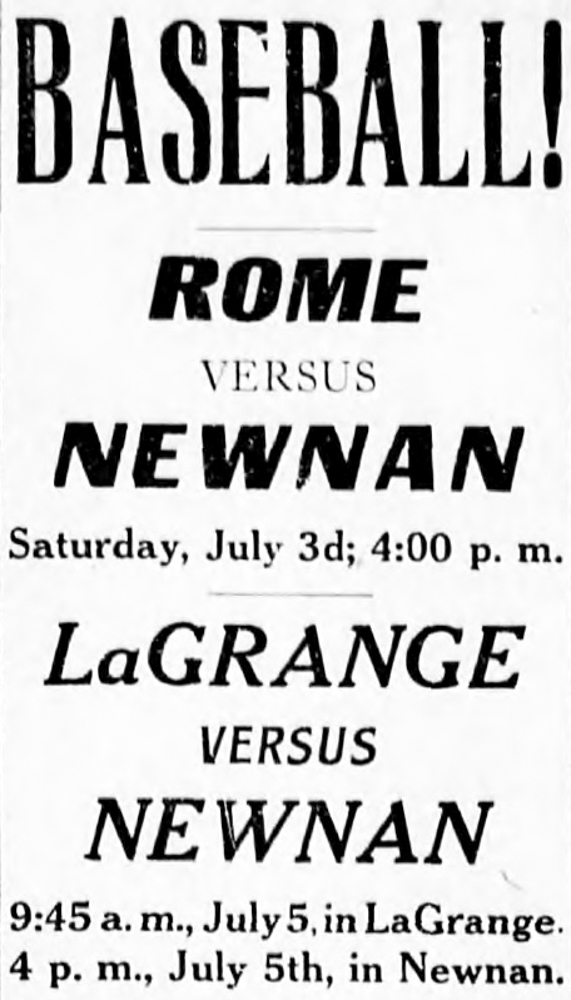 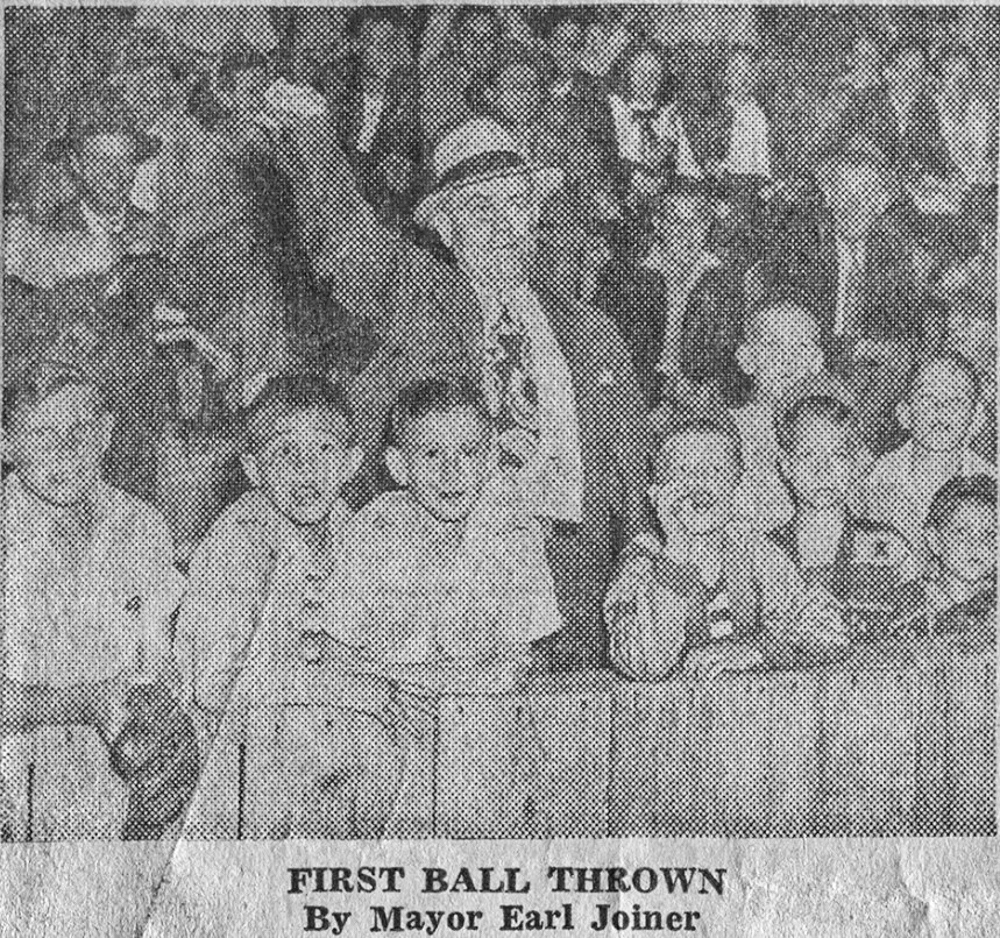 Newnan Mayor Earl Joiner kicks off the 1948 season by throwing out the first pitch.