Members from both Junior Varsity and Varsity teams participated in teaching the campers new strategies. The camp started out at Smokey Road and ended at Evans Middle School.

Head of the Booster club Nancy Howell said the camp built interest in basketball for both boys and girls. They learned warmups, skills and then had scrimmages.

“This booster was organized by the girls as a fundraiser for other expenses such as uniforms and transportation costs,” Howell said.

The camp was enjoyed by both the children who participated and the Lady Cougars who sponsored.

Lady Cougar Kate Howell said she and her teammates were amazed by the campers’ passion for the game and how they were eager to learn and become better basketball players every day.

“Their personalities and skill sets made this camp enjoyable and successful for everyone involved,” Howell said. 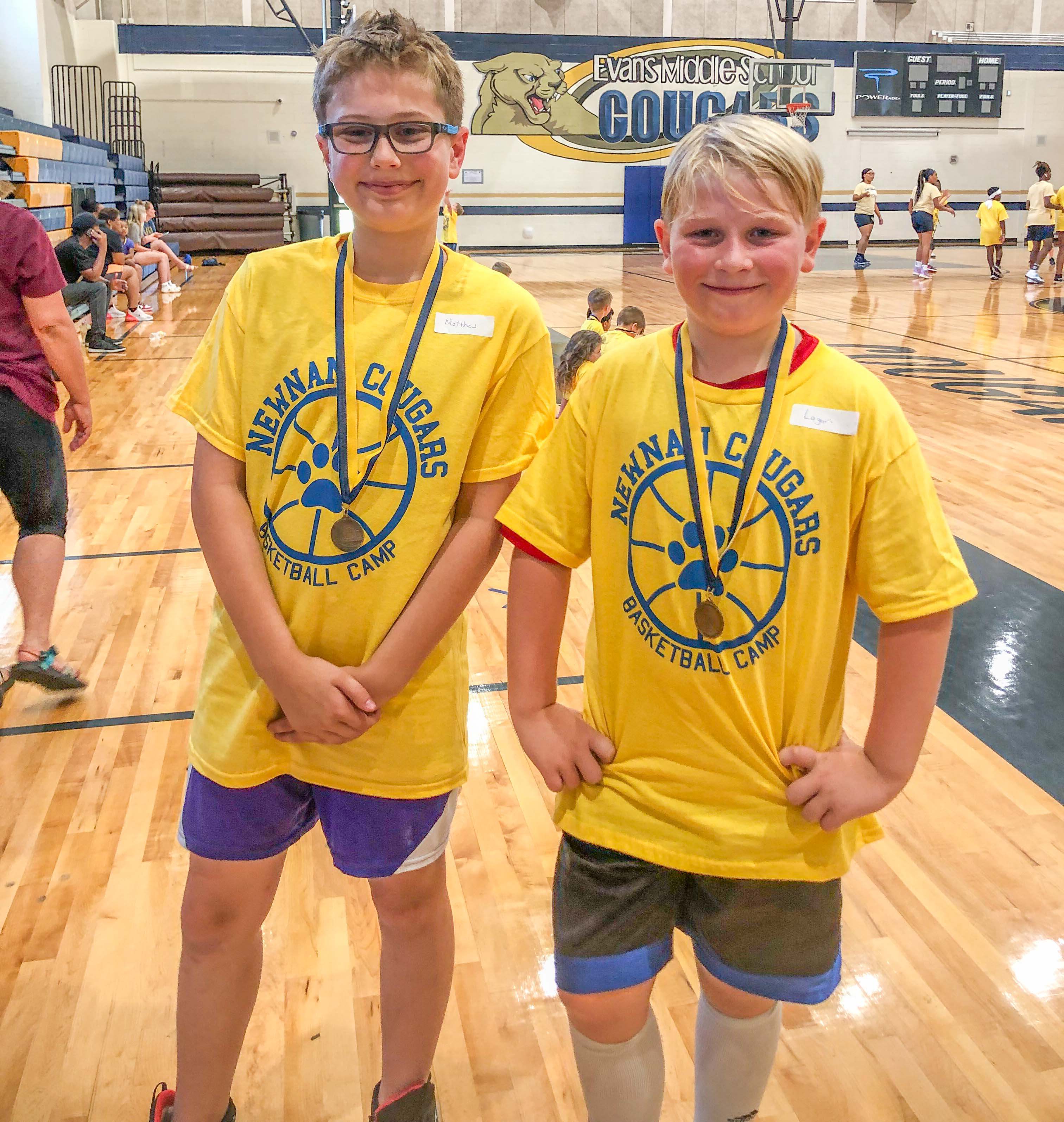 Campers Matthew Carlson and Logan Sherrer pose at the end of the basketball camp. 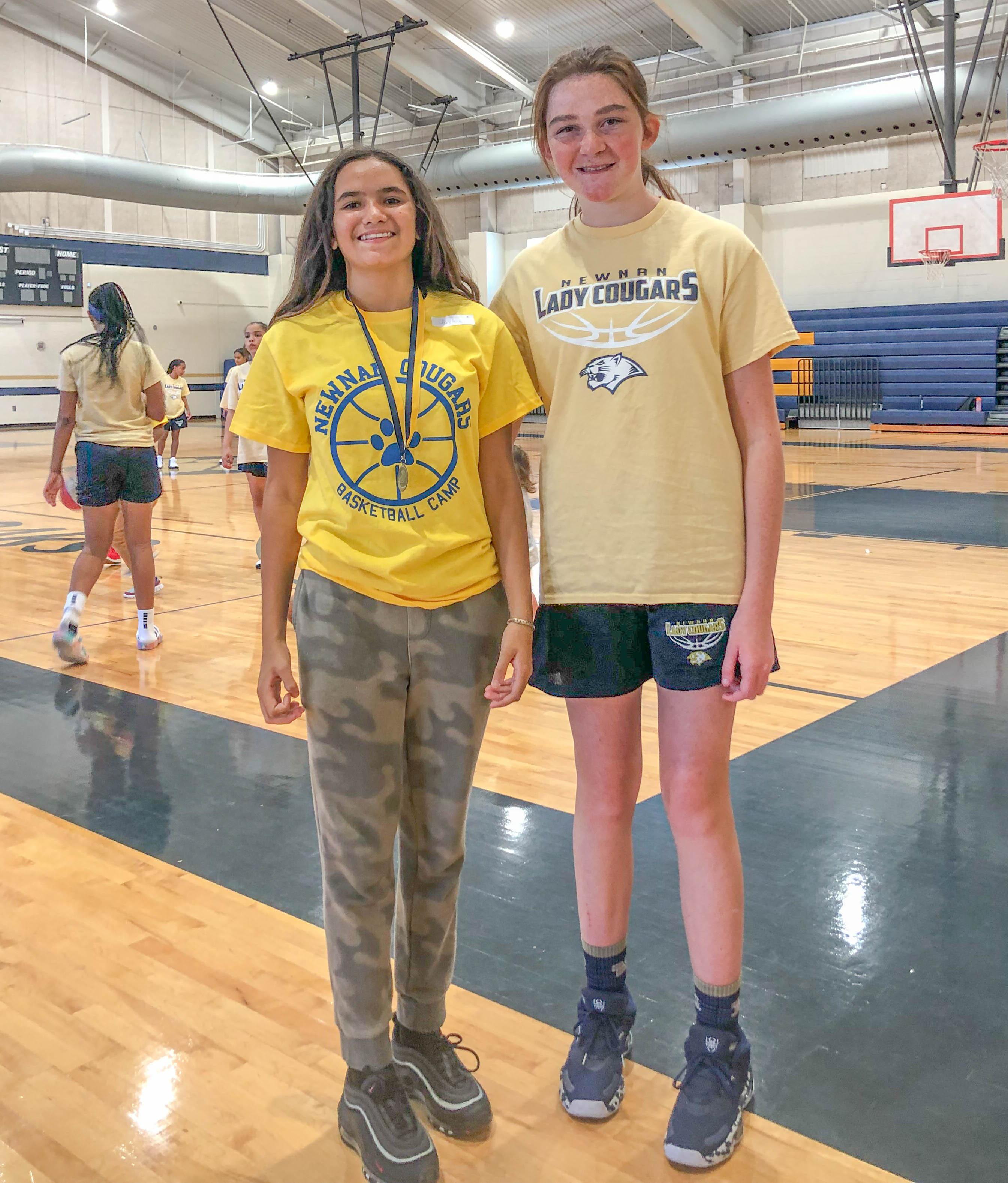 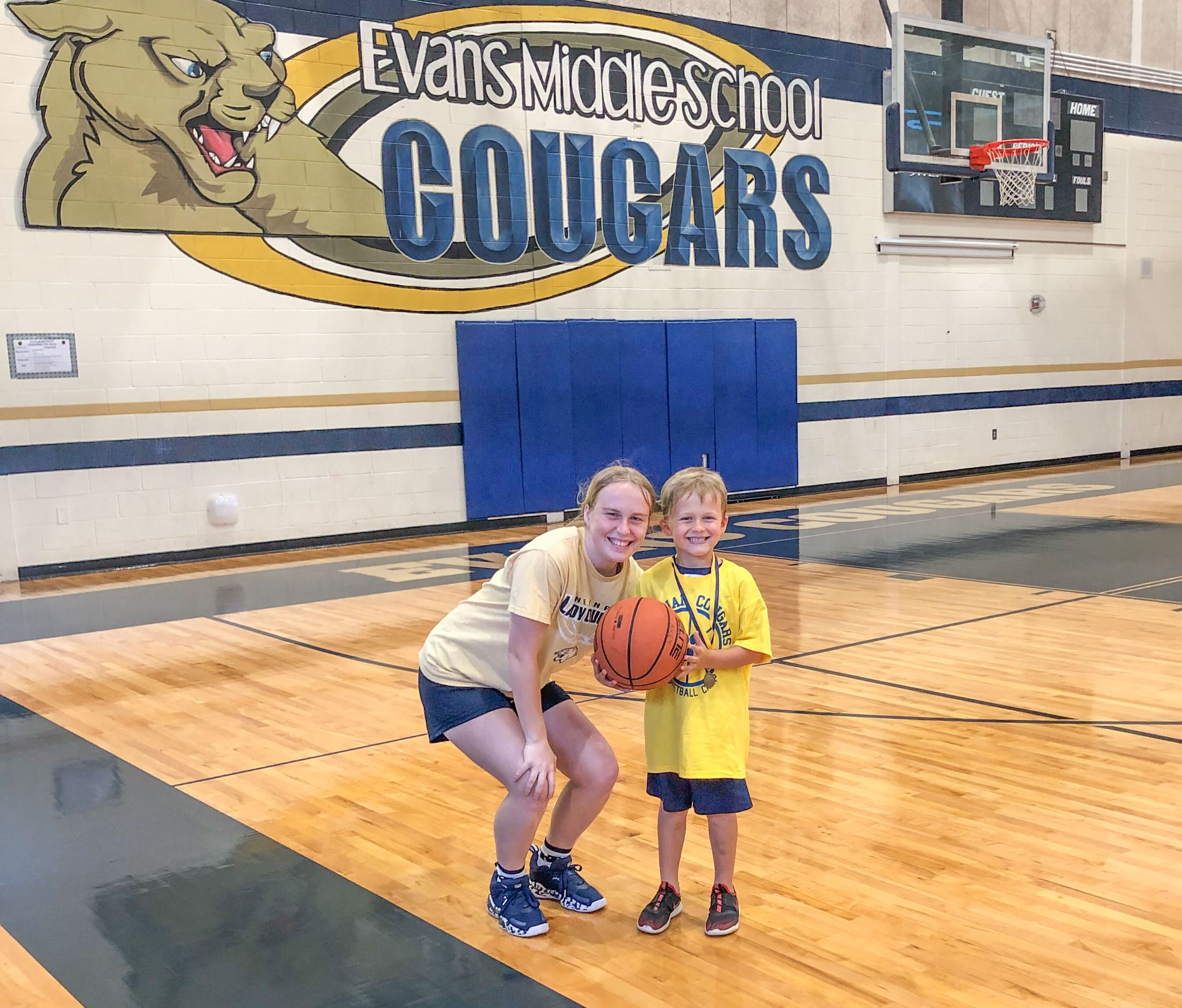 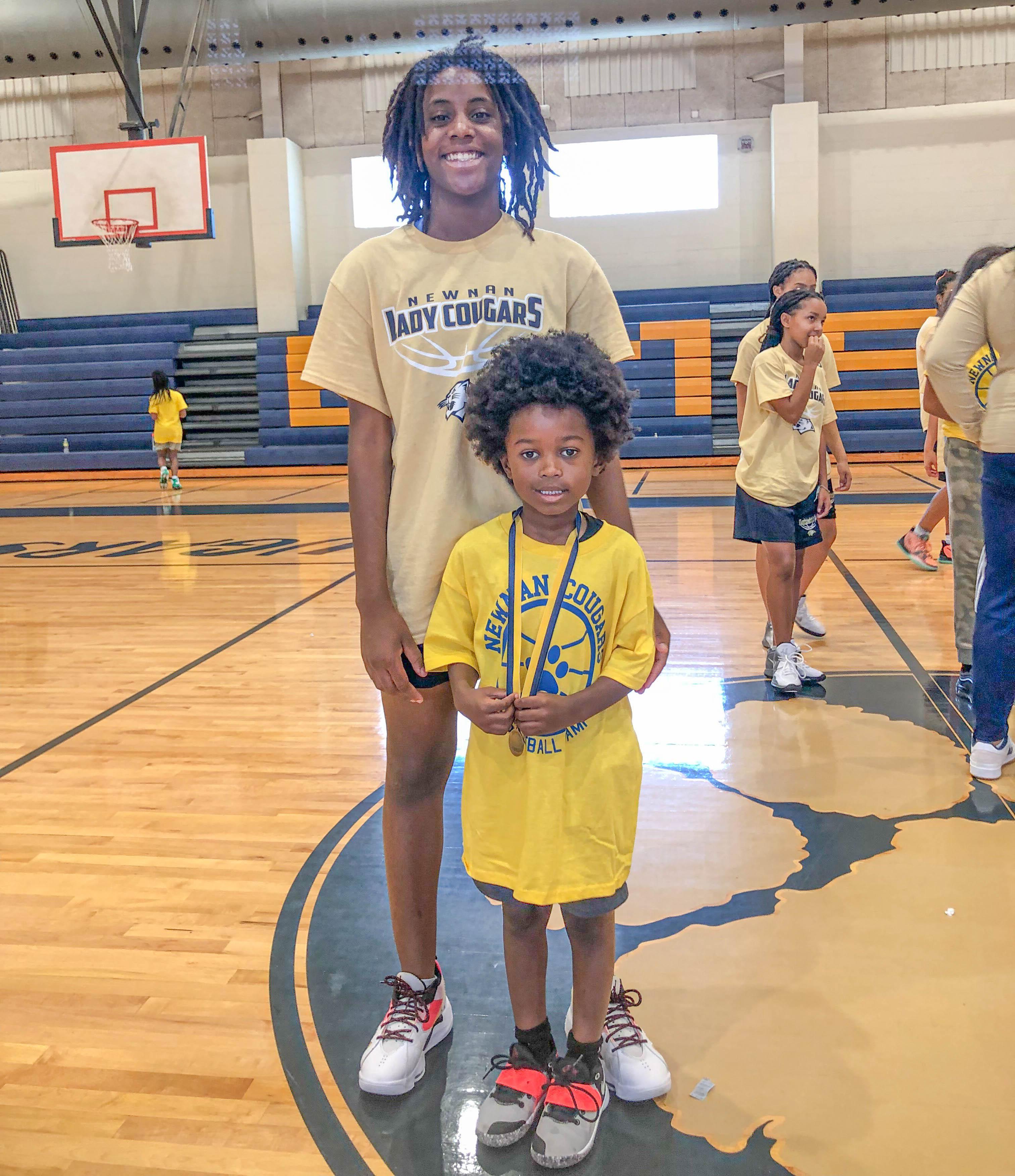 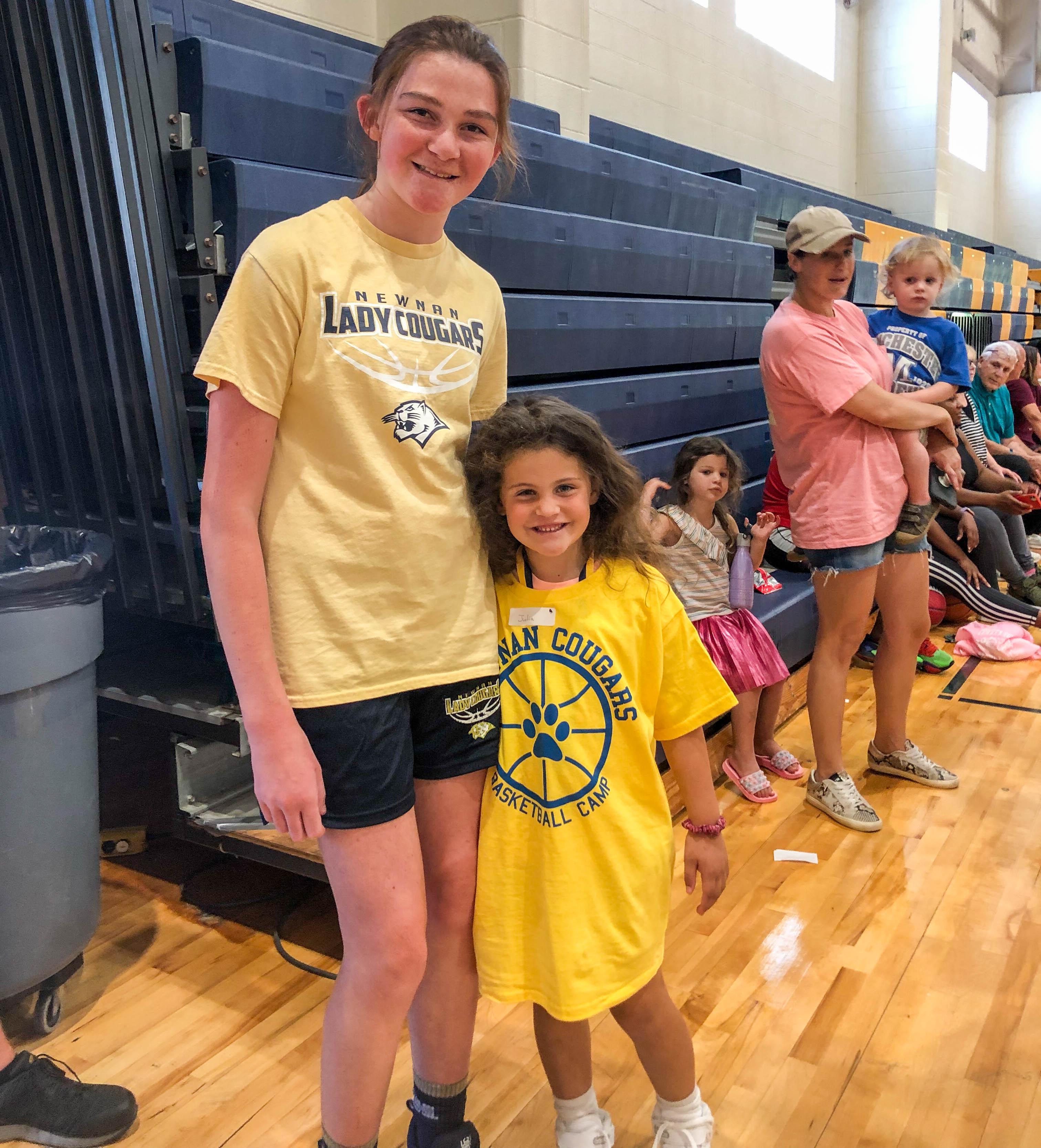 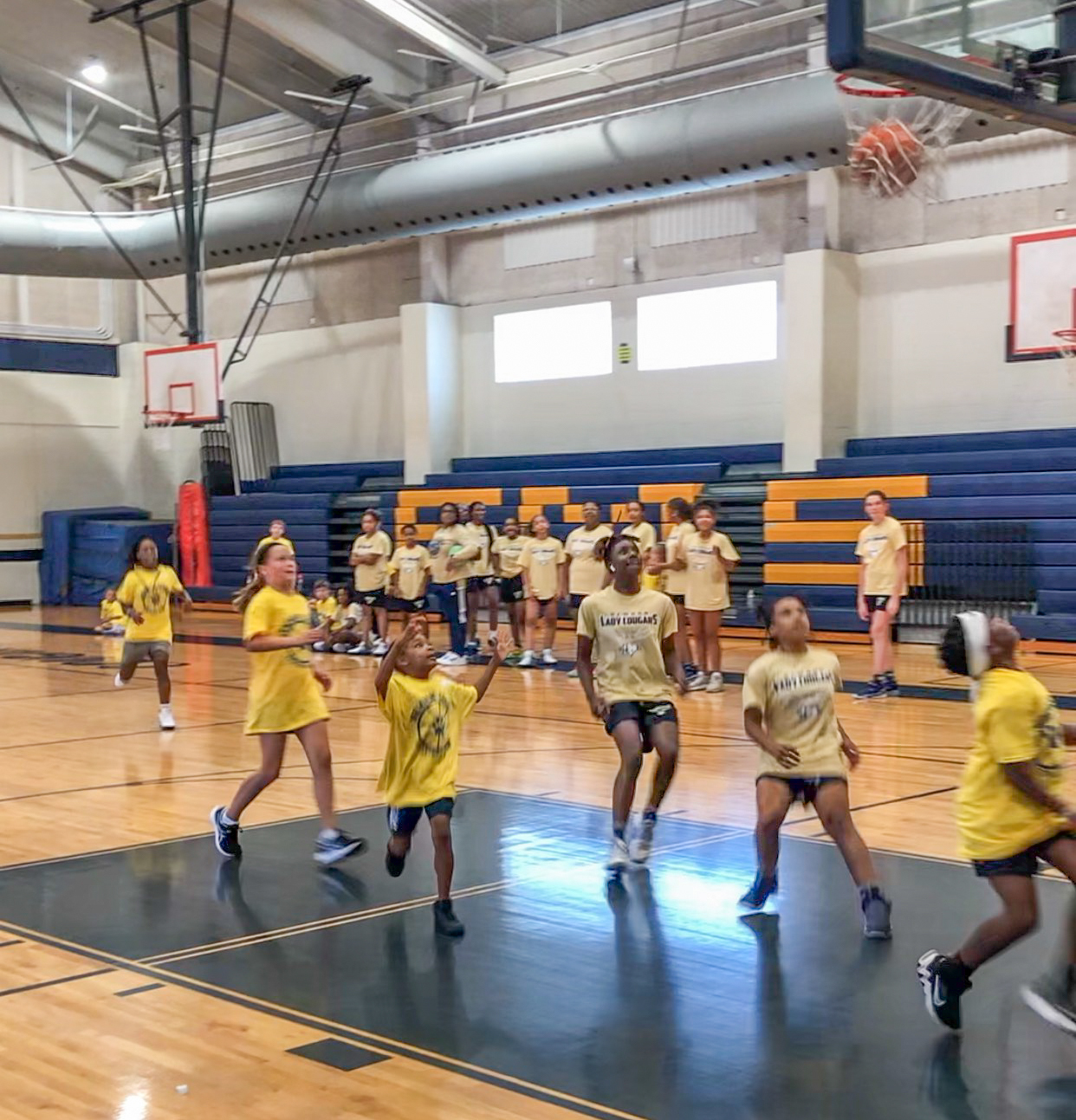