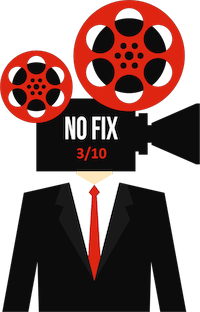 The sixth movie in the “Jurassic” franchise is the bottom of the barrel. It’s a soulless money grab far removed from the classic 1993 film that launched the dino craze. Add a short cameo by a muscled-up, grunting Vin Diesel, and “Dominion” could easily fit into the “The Fast and the Furious” universe.

Taking place several years after the tragic events of “Fallen Kingdom,” “Dominion” introduces us to a world inhabited by dinosaurs of all varieties. They fly, crawl, stomp around open plains, and swim in the oceans. We’re expected to believe that it’s possible to harmoniously co-exist with these beasts, even the ones that want to eat us.

In just a short time, the creatures have dramatically proliferated across the globe. And dinos are big business. In addition to a black-market trade in the animals, a shadowy corporation named Biosyn makes billions studying something referred to as “dino power.” The idea is to harness the potential of dinosaur DNA to combat a myriad of illnesses. But the theoretical treatments will come at a high price.

While humans grapple to cope with their new scaley co-inhabitants, former Jurassic Park employee Claire Dearing (Howard) desperately tries to make amends for her part in the dino epidemic. Remember that she was involved with Jurassic World, the amusement park that helped usher in this new dinosaur invasion.

We meet Dearing and a small team of activists who break into an elicit breeding facility. After a nearly deadly chase, they rescue a cute, non-threatening creature. The dangerous mission causes her team, including “Fallen Kingdom” alum Franklin Webb (Justice Smith), to abandon Dearing’s crusade. Dino activism is an understandably dangerous vocation.

Speaking of dangerous jobs, Dearing’s hero boyfriend, Owen Grady (Pratt), is holed up in a mountain cabin. Between rescuing rogue dinos, he and Dearing are the de facto parents of 14-year-old Jurassic Park heir Maisie Lockwood (Isabella Sermon). The teen, a clone, is a much sought-after commodity. Grady and Dearing have kept the girl hidden, but Maisie is tired of living in isolation.

In another part of the world, a swarm of prehistoric locusts attacks a wheat field. This event raises the attention of expert Ellie Sattler (Dern), who is alarmed by the huge, frightening insects. Because she’s an authority on all things prehistoric, she instantly believes that the locusts are a genetic creation possibly associated with Biosyn.

In hopes of getting proof of Biosyn’s wrong-doing, Ellie visits Alan Grant (Neill), the renowned archeologist we all know from the first “Jurassic Park.” With a bit of cajoling, Ellie convinces her former flame Alan to be her wingman to investigate the evil corporation. On goes Alan’s trademark hat, and they’re off and running.

Once at the idyllic Biosyn valley, Alan and Ellie reunite with another franchise original, Ian Malcolm (Goldblum), who works for the insidious company. We meet Ian in the middle of a nonsensical Ted Talk type speech to a group of young intellectuals. Ian’s almost incomprehensible ramble points up the inane foolishness of “Dominion.” This movie is completely absurd and only exists because the franchise brand ensures some level of financial return.

And the exploitation of that brand includes ratcheting up the action quotient. Dearing and Grady zip around the world on planes, fast cars, and motorcycles. The speed at which they travel is influenced by the success of the “Fast and Furious” films. The laws of physics and time don’t apply. And I suppose they have a bottomless pocket of cash to pay for their excursions.

But while characters like Ian try to make light of the comic gobbledygook, self-aware, this movie isn’t.

The clumsy script is chock full of competing ideas that never come together enough to tell a coherent story. Character motives are nakedly introduced without nuance, and not one of the players is given a worthy emotional journey. The film’s mustache-twilling villain, which I won’t spoil (although it’s painfully apparent instantly), is so thinly developed that he has minimal impact.

All the story’s foibles would be excusable if the movie delivered the spectacle customarily associated with the franchise. Surprisingly, “Dominion” fails to give us grand dino set-pieces. Early sequences show creatures grazing in fields and encountering difficulties associated with their new environment. But given the cheesy international intrigue that undergirds the film, these prestige shots are a little out of place.

Ultimately, there’s nothing special about “Dominion.” The locust idea feels like a “Jurassic” spin-off concept. Of all the creatures in the film, their swarm is the only thing that’s potentially scary. However, while the insects attack, they don’t appear to kill any living being. I was uncertain if they were even interested in the ensemble cast of protein-rich characters. Like the idea itself, the locusts seem to exist in a completely different production.

And the gimmick of getting the old gang back together is a wasted opportunity. The tired romance between Alan and Ellie feels forced and even contrived. Why Ellie even needs Alan in her investigation is a mystery, and Ian is only in the mix for comic relief. As I said earlier, his comedy includes making fun of the events in the film. It almost makes “Dominion” a parody of the entire “Jurassic Park” franchise.

And consistent with that vibe, “Dominion’s” closing act is a pale imitation of the first film. It might provide some viewers with a jolt of “Jurassic” nostalgia. But such familiarities pulled me out of the film. A shot involving a T-Rex is so manipulative that it makes a mockery of the whole affair.

As a collection of dino action set-pieces, “Dominion” barely qualifies. Odd dinosaurs are randomly introduced and are menacing for no logical reason. And one fight sequence will remind viewers of old Godzilla films. A feathered creature with floppy Edward Scissorhands-type claws reminded me of a man in a suit associated with schlocky Monster movies. And so much of the action takes place in the dark, rendering dino images murky and indistinguishable.

It was inevitable that this franchise would feature a dino apocalypse. “Dominion” hints at world-ending possibilities, but the characters never seem that concerned about the consequences of a prehistoric takeover. There seems to be more concern about the animals than how many human beings they are likely to kill.

Any humans that do die appear to perish off-screen, making “Dominion” a largely bloodless experience. This sanitized approach removes any trace of risk required to make viewers care about the characters’ fate. It’s like an amusement park ride that we know will safely end and surely be forgotten.

In one incongruous sequence, when confronted by menacing killer raptors, Grady tries to reason with the clawed terrifying, trained murderers instead of shooting them. On more than one occasion, he holds his hand up before a dino as if he can control or calm the beast. It gets increasingly comical as he employs this technique with mixed results.

And those chuckles make “Jurassic World Dominion” a joke, likely to bring to an end a franchise that never had a clue how to expand upon its initial success.