Hunting Season – Cougars back on the field

It has been 174 days since the Newnan Cougars ended their 2021 season at Brookwood, but on Wednesday, football was back.

The Newnan Cougars took the field for their first practice of the 2022 season.

For the first time in two years, spring practice will be “normal.” In 2020, the team was affected by the worldwide pandemic, and in 2021, an EF-4 tornado descended on the school and changed plans. While the Cougars were still able to practice at the Drake, they were at home and online for their classes.

The team is coming off a 3-7 season in a 7A region and moving into class 6A this year.

While Newnan and East Coweta are still county rivals, they now play each other in Week 2 of the season. "It will be different having the EC game so early in the season. I expect the crowd to be bigger, and it is always a great rivalry no matter when the game is played." Walker shared, "The Newnan/EC game is one of the best rivalries around the state of Georgia; it'll just be a little earlier in the season."

James Paige will be back at Quarterback for his senior year while they look to reload the offense at the running back position and fill in some gaps on the offensive line. Even after losing Georgia State signee Michai Hill, the defense should be strong.

The Newnan Cougars plan to focus on their motto, “Together WE Hunt” and play as a united team.

For the summer, Coach Walker said, "We will have a full summer for the first time in several years. … We work out and practice four days a week during the summer. We will also participate in a padded camp at Whitewater High School and 7-on-7s at McEachern and Kennesaw State.”

The Cougars will close out two weeks of spring practice when they play Troup County at Drake Stadium on May 20. 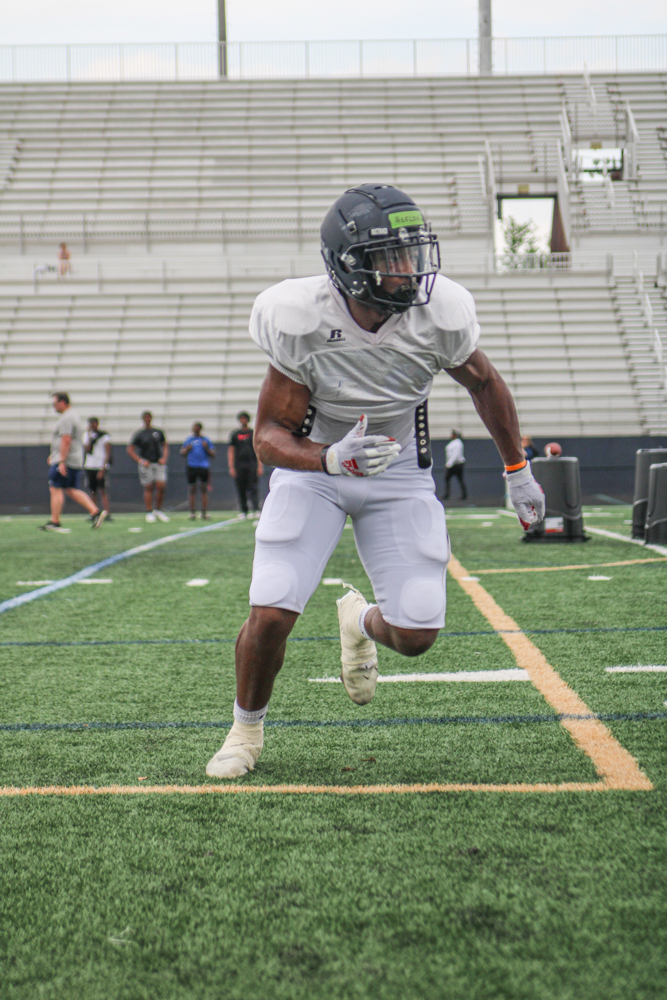 Linebacker Ashton Heflin will be an anchor on the Cougars defense. 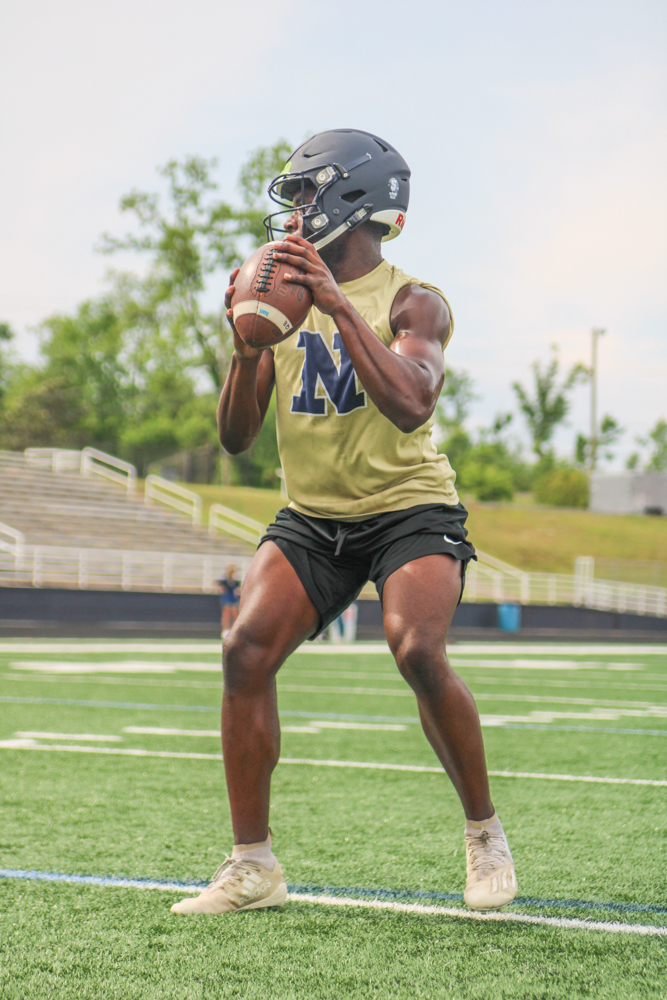 James Paige has an entire off-season under his belt at the quarterback position. 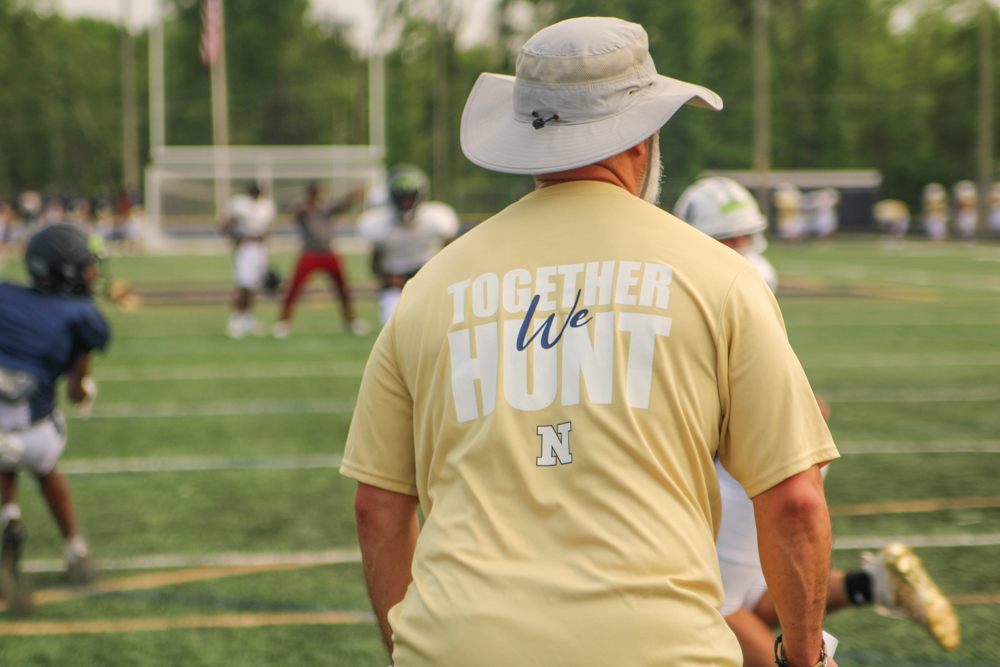 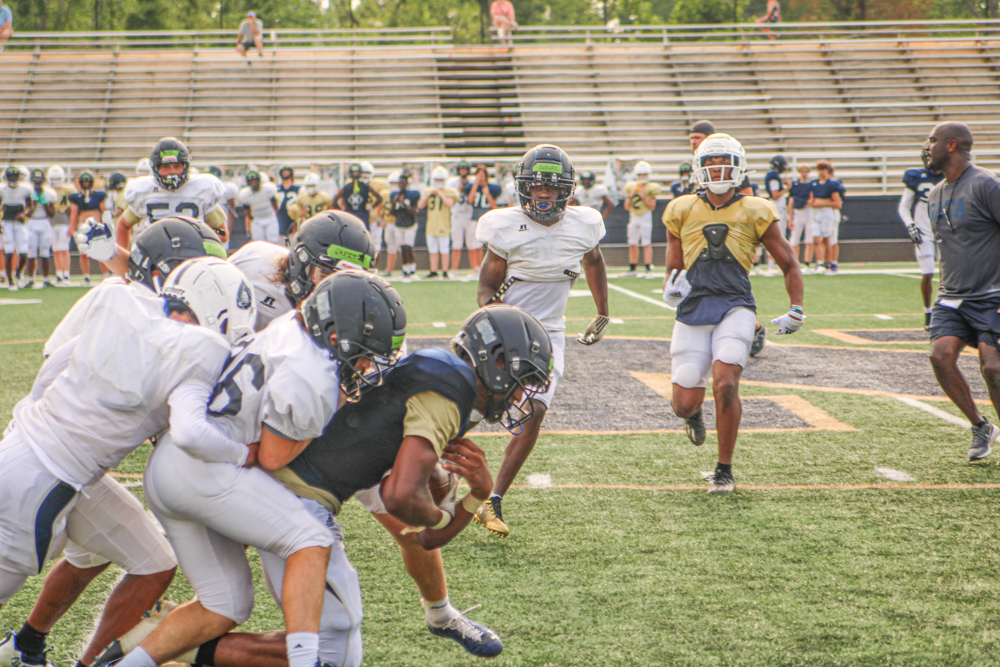 The Cougars began preparation for their 2022 season with spring practice on Wednesday. 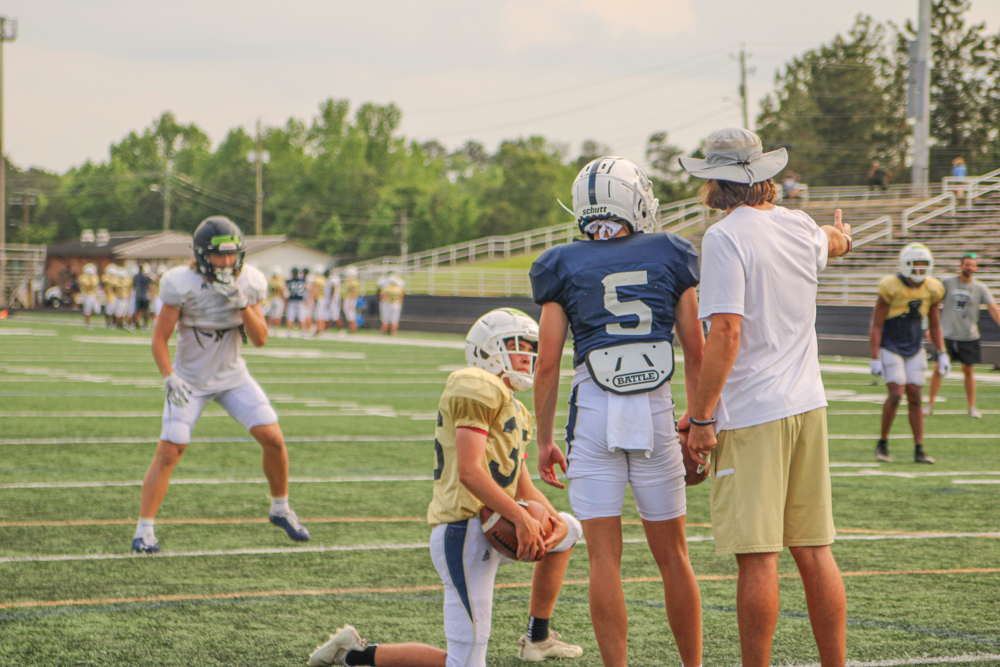 Cougars Assistant Coach Brooks Barden works with some of the younger players at practice on Wednesday. 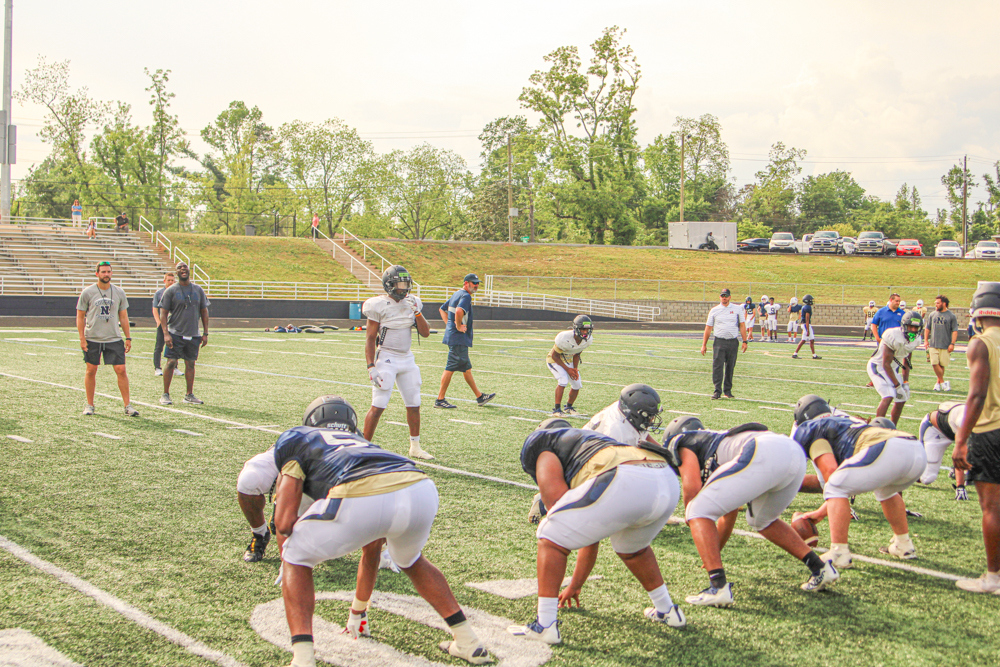 The Cougars will close out spring practice with a spring game on Friday, May 20, against Troup County.