The decision was based on distance and travel requirements that forced longer road trips.

Life as the smallest school by population took its toll on the Hawks. While most sports enjoyed the same level of success, football was the toughest because of the roster size and lack of depth.

After the association addressed the travel concerns, the Hawks decided to move back to GISA for the 2022 football season, which has rebranded itself as the Georgia Independent Athletic Association.

While the upcoming schedule will look different, some holdovers include Brookstone and St. Anne Pacelli from their old region. The Hawks completed their spring workouts and are now focused on the two-month offseason leading to a new frontier.

The future will look different in other ways for the 2022 Hawks. For the fourth season in a row, they will have a new starting quarterback at the helm of the offense. In 2019, Branch Burns was the senior signal caller, followed by Harris Celata in 2020 and Hugh Barbee last year.

In 2022, Head Coach Jake Copeland will put the offense in control of freshman Dylan Barber. It should be a position that he will hold for the next four seasons. Barber will have weapons at his disposal with holdovers Mack Mikko and Jamal Chandler-Fuller.

Coach Seagle brings experience and a championship pedigree. In his 37-year coaching career, he won two Alabama High School state championships and was named the 2017 Alabama assistant coach of the year.

Other additions to the Hawks 2022 coaching staff include former Southern Miss tight-end Ricky Parks, who will coach wide receivers, and Lichon Terrell, who played last year at Western Kentucky. Terrell will coach the defensive line. Ed Williams will return to his role as the offensive line coach.

The Hawks have almost doubled their team roster size in the last two years from a numbers standpoint. There will be depth that will allow Heritage to dominate the fourth quarter instead of falling just short as they had in the past.

The team will open their 2022 season in their renovated home stadium against St. Mary’s Academy, which was previously Our Lady of Mercy High School in Fairburn. 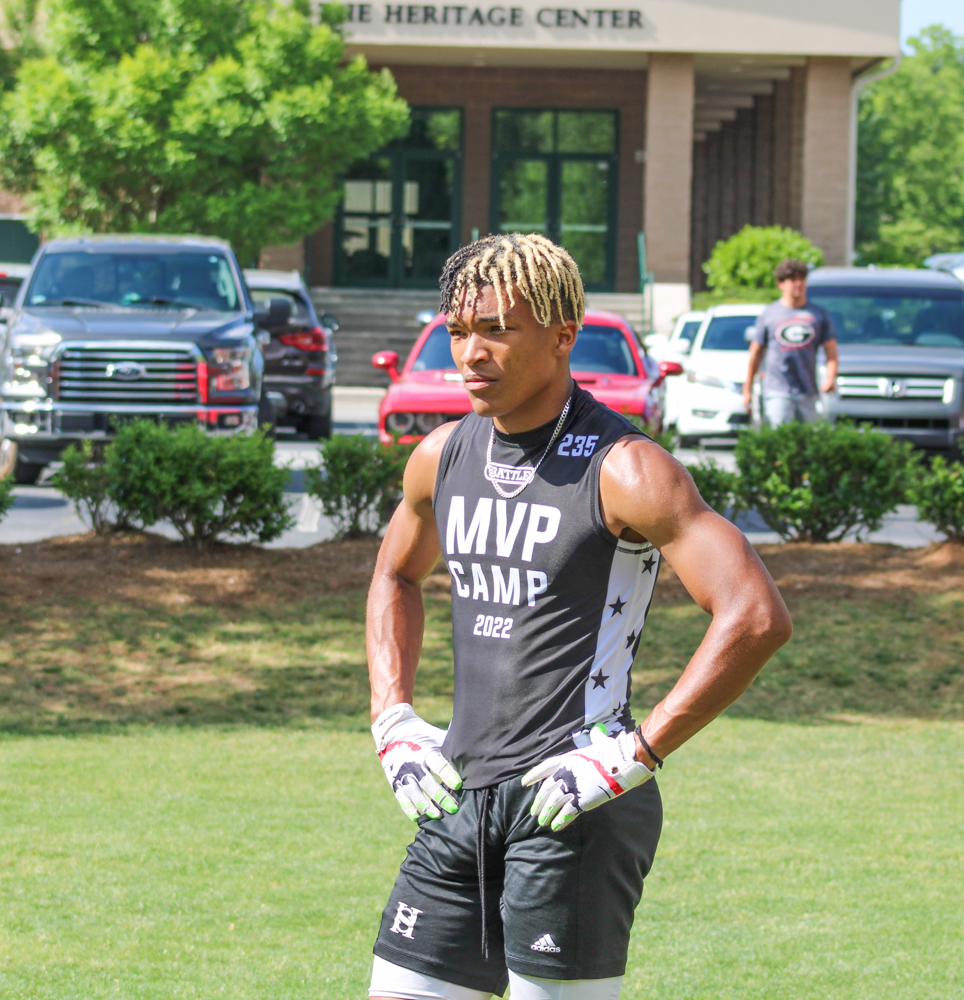 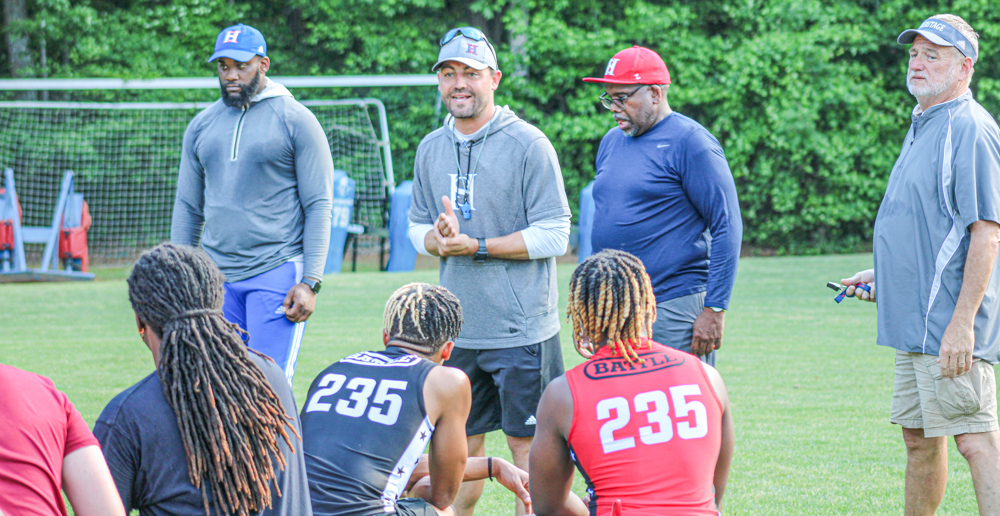 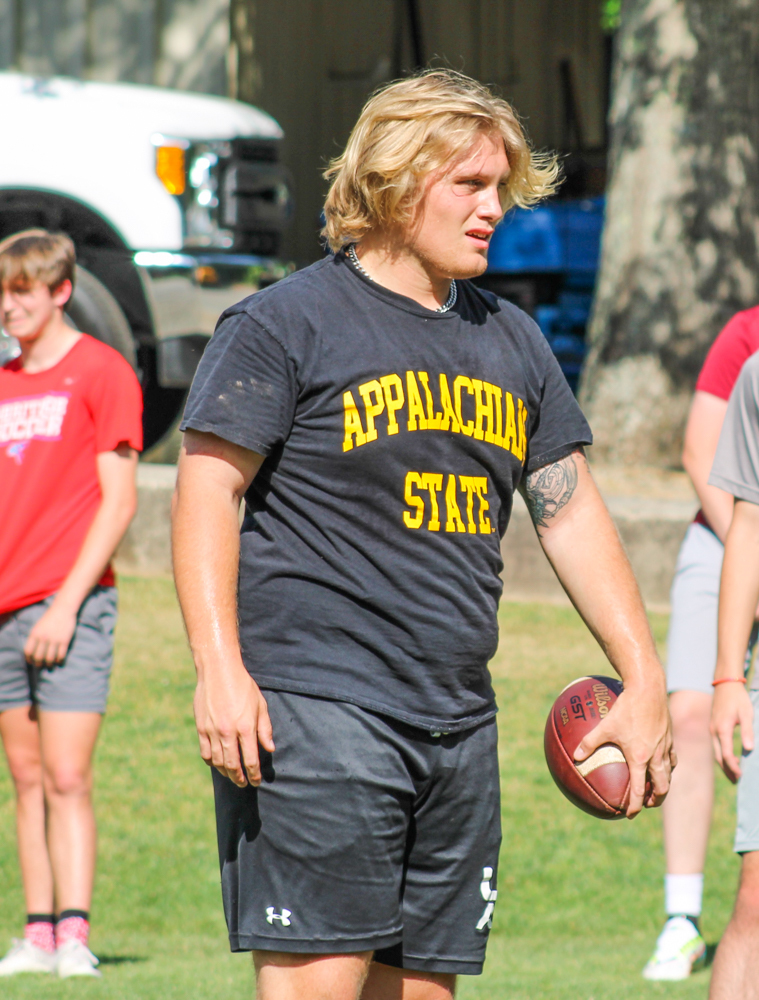 Jacob Miles will anchor the offensive line in 2022. 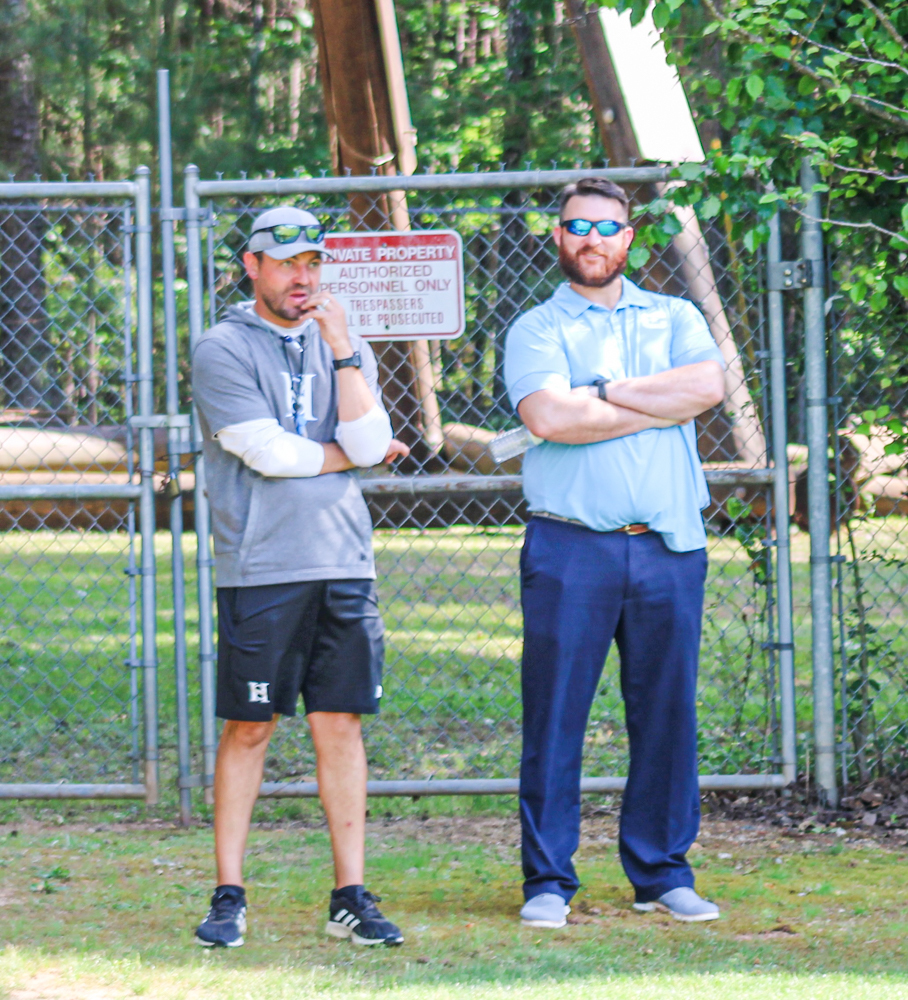