With a week of afternoon rain, it was good to get some baseball in, and the teams rewarded the fans with a solid contest. Newnan won dramatically in the bottom of the seventh inning for a 3-2 walk-off victory.

The Vikings got on the board first. Jadon Woodall reached on an error in the top of the second, and Tommy Wooten followed with a base hit. Easton Harrison sacrificed the runners up 90-feet and reached safely on an error, and Northgate had the bases loaded with one out.

Josh Dalton, who had provided late-inning heroics earlier in the year, stepped to the plate. After a wild pitch scored Woodall, Dalton grounded out to Newnan shortstop Jaxon Dennis, but Wooten scored the run for a 2-0 lead.

Viking starting pitch Cory Brooks held the lead with a solid six-inning performance. He had some key defensive plays to help him along the way. After hitting the Newnan leadoff hitter in the bottom of the first, his catcher, Easton Harrison, threw the runner out, attempting to steal second base.

In the fourth, right fielder Noah Tyler threw out a runner advancing to second for an inning-ending double play.

Brooks pitched into and out of trouble in the fifth. After walking and hitting Newnan batters, the Cougars had runners on first and second with one out. Brooks got out of the inning with a strikeout and a ground ball to shortstop Ben Traxler.

The Cougars got their first run of the night in the sixth when a Chasin Cash double scored Wooten to cut the Viking lead in half at 2-1. That set the stage for the Cougars' seventh inning win.

Hunter Snyder led off the last frame with a double, and a Bricen Blakenship ground ball had Cougar runners at first and third. Snyder attempted to score and tie the game on a sacrifice but was thrown out at home.

After the next two Newnan hitters reached, the Cougars had the bases loaded with two outs, and drama was at a fever pitch. Wills Maginnis walked to bring in the tying run, and Dennis had a single that sent Newnan home 3-2 winners.

On Thursday, the Cougars were right back at it. They hosted the Pebblebrook Falcons for a doubleheader that had been rained out from Tuesday. After a couple of 15-0 wins, Newnan improved their record to 8-6 on the season and 3-0 in the region.

Next week, Newnan will continue region play against McEachern, while Northgate will play the defending 5A state champion Starr's Mill Panthers. 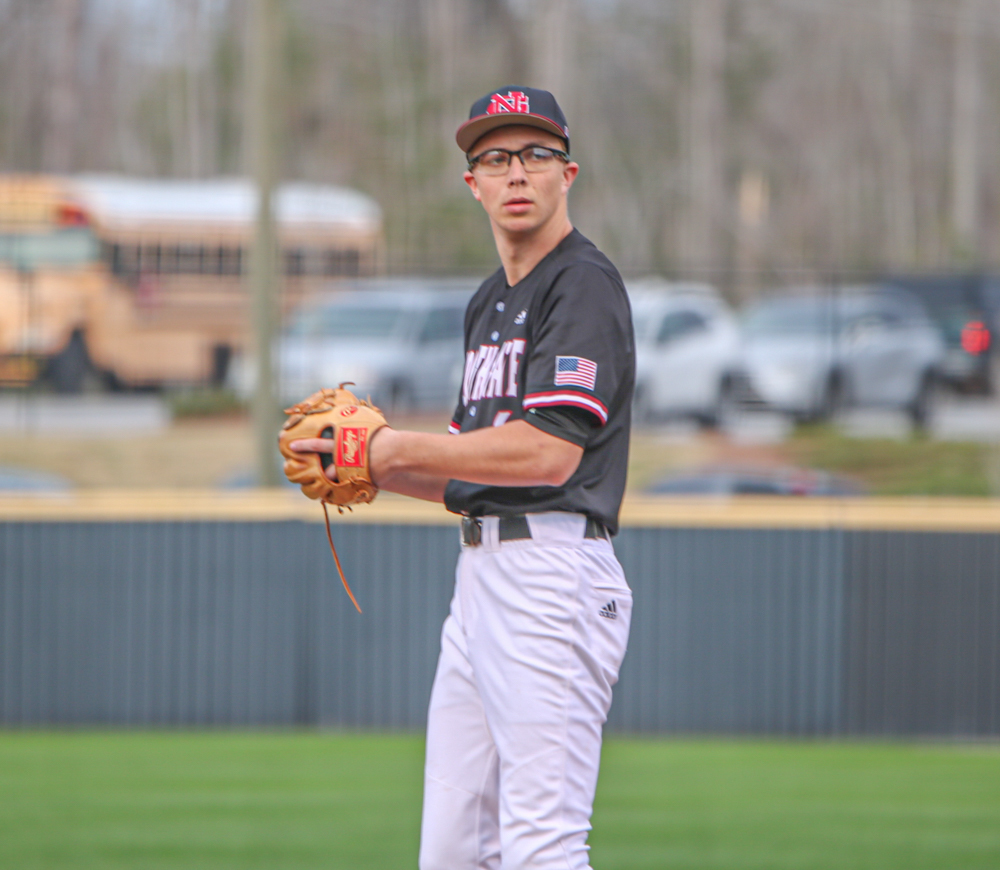 The Vikings got a solid start from Cory Brooks (#6), who did not allow an earned run in six innings. 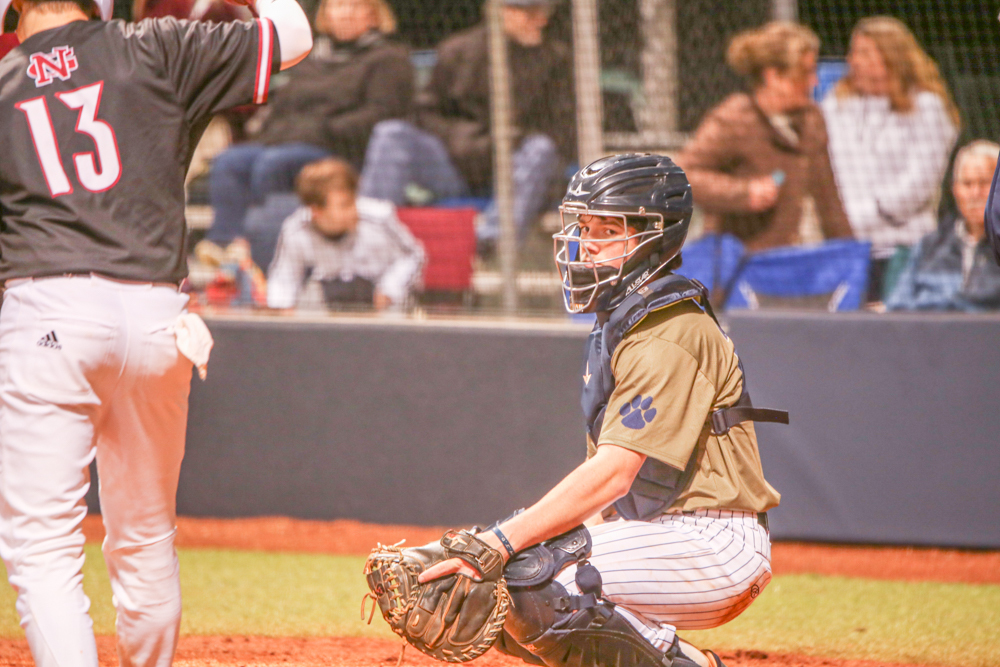 Cougar catcher Thomas Scott looks into the Newnan dugout for a sign as Northgate catcher Easton Harrison (#13) steps into the box. 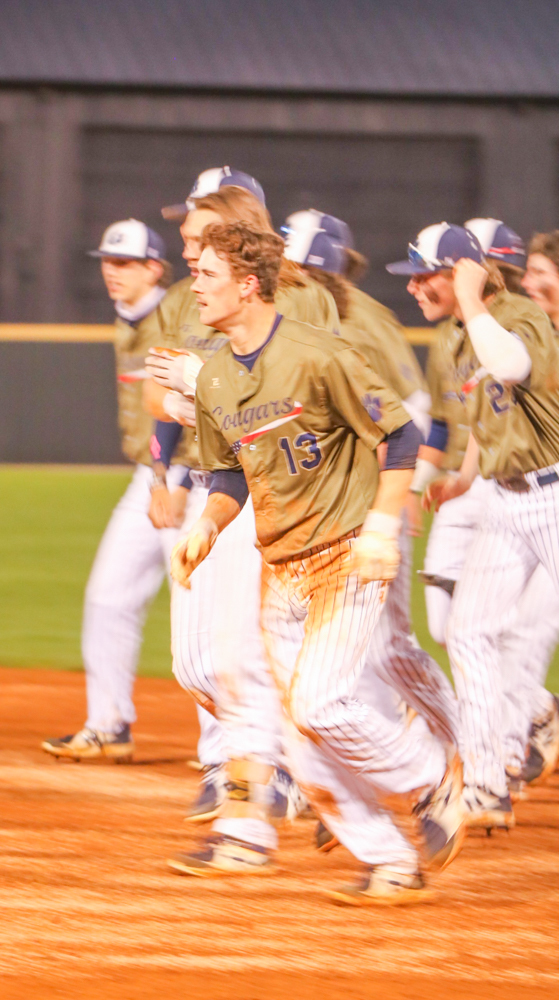 His teammates congratulate Jaxon Dennis (#13) after his walk-off hit.

Northgate's Cal Chastain (#24) takes his cuts in the batter's box with the Newnan faithful in the background. 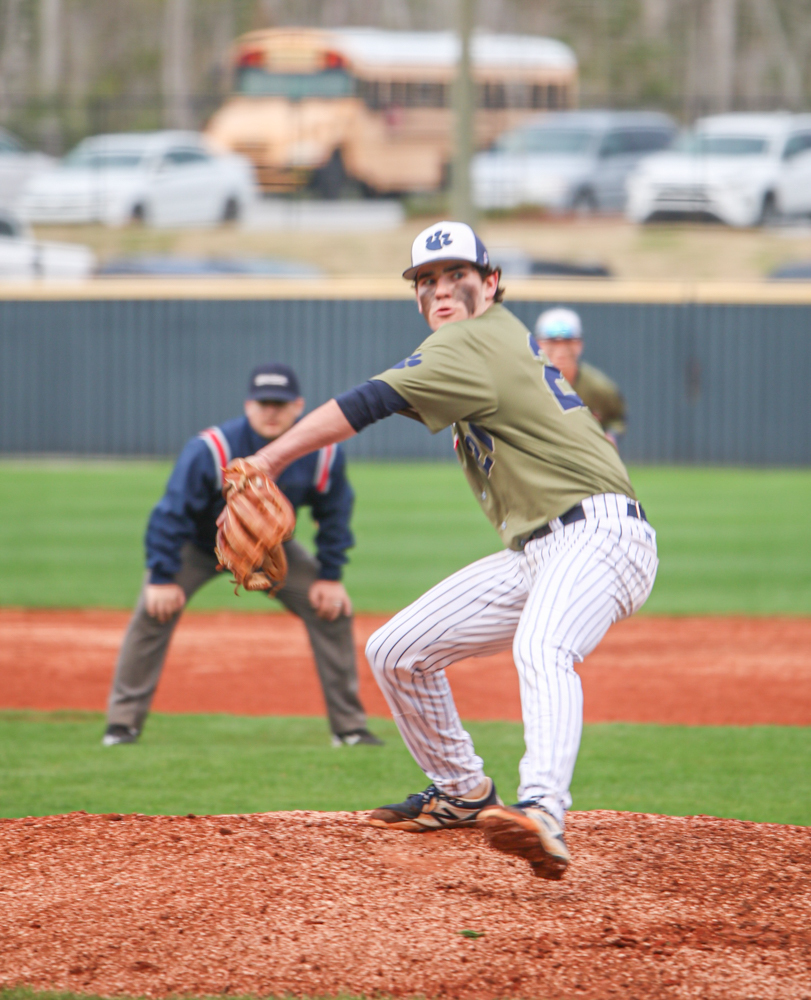 The Cougars got a strong start from senior Chapman Ward (#20), who went six innings. 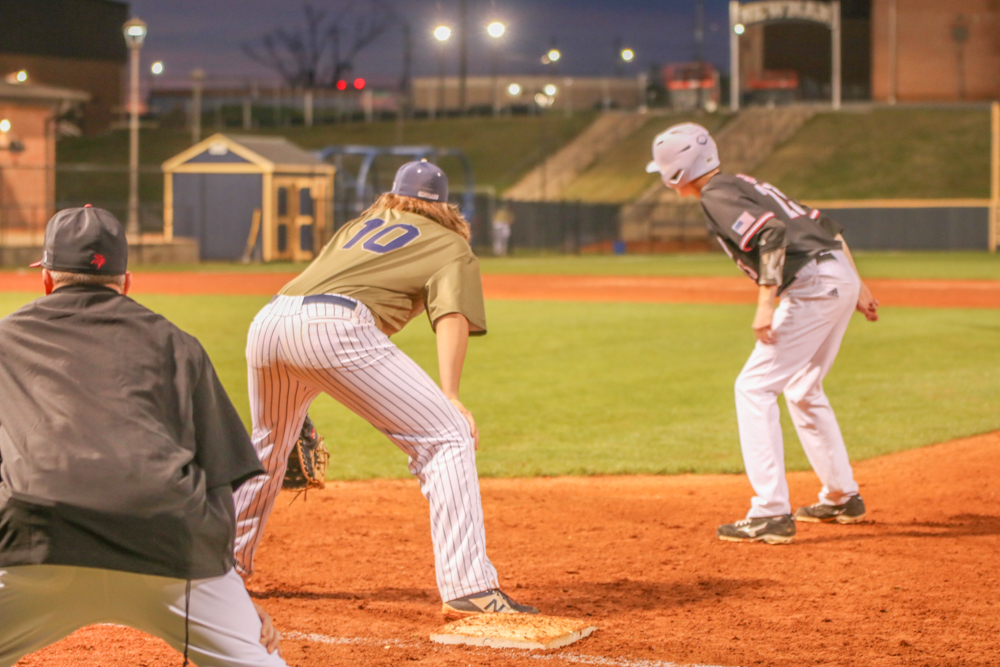