Vikings win third in a row

Basketball is on the rise at Valhalla.

First-year head Coach LaVarrett Pearson has led a resurgence in the Northgate Vikings squad that is paying dividends.

On Tuesday night, the Vikings defeated the region-leading McIntosh Chiefs 61-53 for their third consecutive win.

To find the last time Northgate won three games in a row, you must go back to January 2014 when they defeated Starr's Mill, Our Lady of Mercy and East Coweta.

The winning streak dramatically started last week when they went on the road to defeat Starr's Mill in overtime.

After the game ended in regulation, all tied up at 56-56, the Vikings scored the first seven points to take a commanding lead in the extra session.

Lebrun Northington scored on the opening session of overtime on a drive from the left side of the key. Adrien Seegopaul added a bucket inside, and Eli Fitzgerald completed a three-point play to key the scoring run.

Northington led all scorers with 31 points, while Kenny Orr added 14.

Next up, the Vikings defeated Temple 60-52 at home on a Saturday matinee. Northington led again with 28 points, while Fitzgerald added 11. A significant key to the win was their performance at the free-throw line. They were true on 20 of 23 shots from the charity stripe.

That led to the Tuesday night affair at McIntosh. The Chiefs have a boisterous student section, but Northgate accepted the challenge and had an equally strong group.

In a game that got chippy at times, the Vikings leaned on Northington to keep the game close against the region leader. After halftime, they slowly pulled away to a ten-point lead.

Fitzgerald had 3-pointers on back-to-back possessions to push Northgate ahead.

The Vikings controlled the clock in the fourth quarter and answered each time the Chiefs appeared to make a run. They held on for their sixth win of the year.

Not to be outdone, the Lady Vikings are also showing significant improvement. They defeated Temple 52-43 for their fourth win of the season.

Holly Mertz led with 15 points, and Hannah Sizemore registered a double-double with 11 points and 10 rebounds.

The Vikings will get a strong test on Saturday as they welcome in their county rivals, the East Coweta Indians. The girls play at 1 p.m. and will be followed by the boys' game at 2:30 p.m. 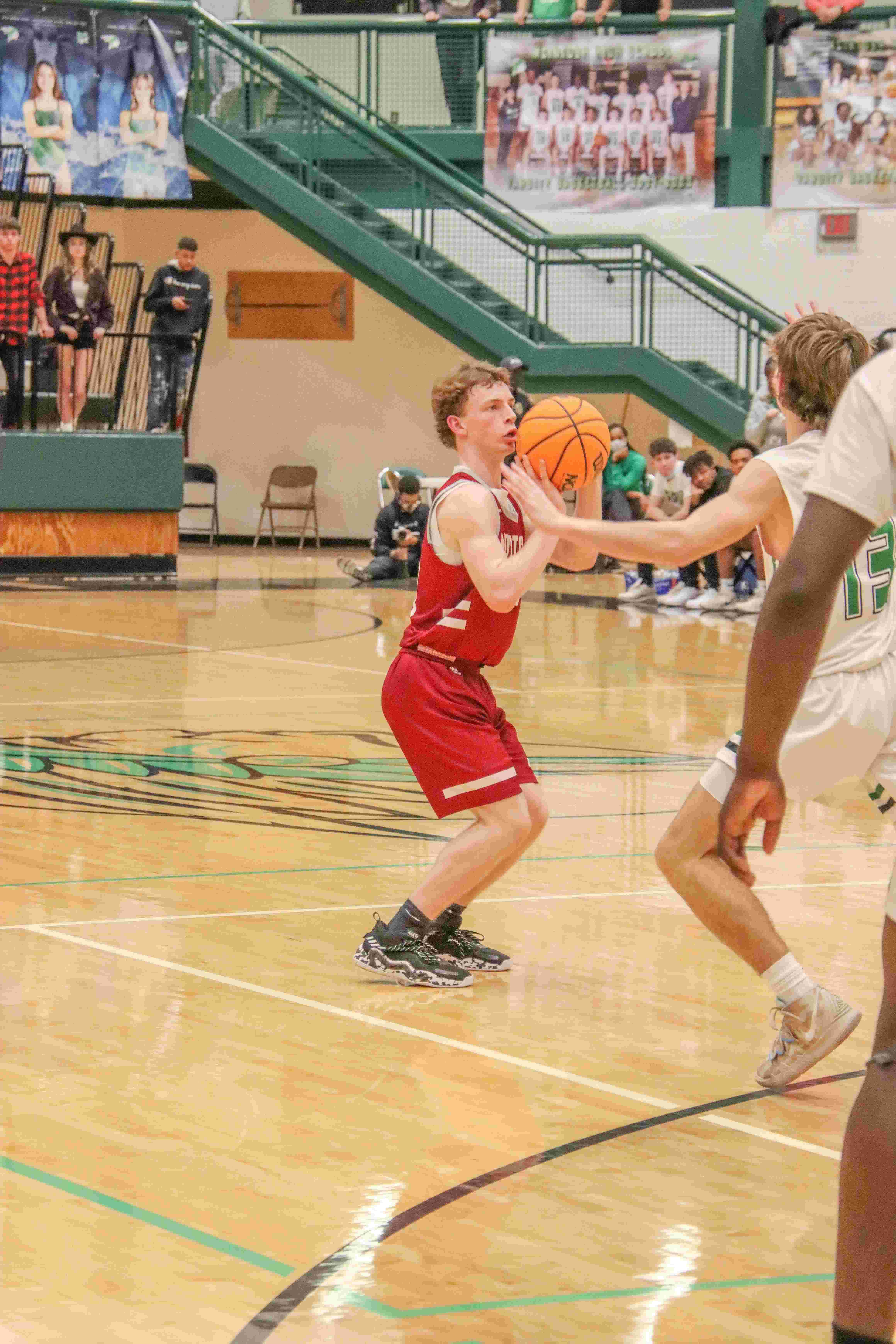 Eli Fitzgerald had back-to-back 3-pointers to push the lead against McIntosh. 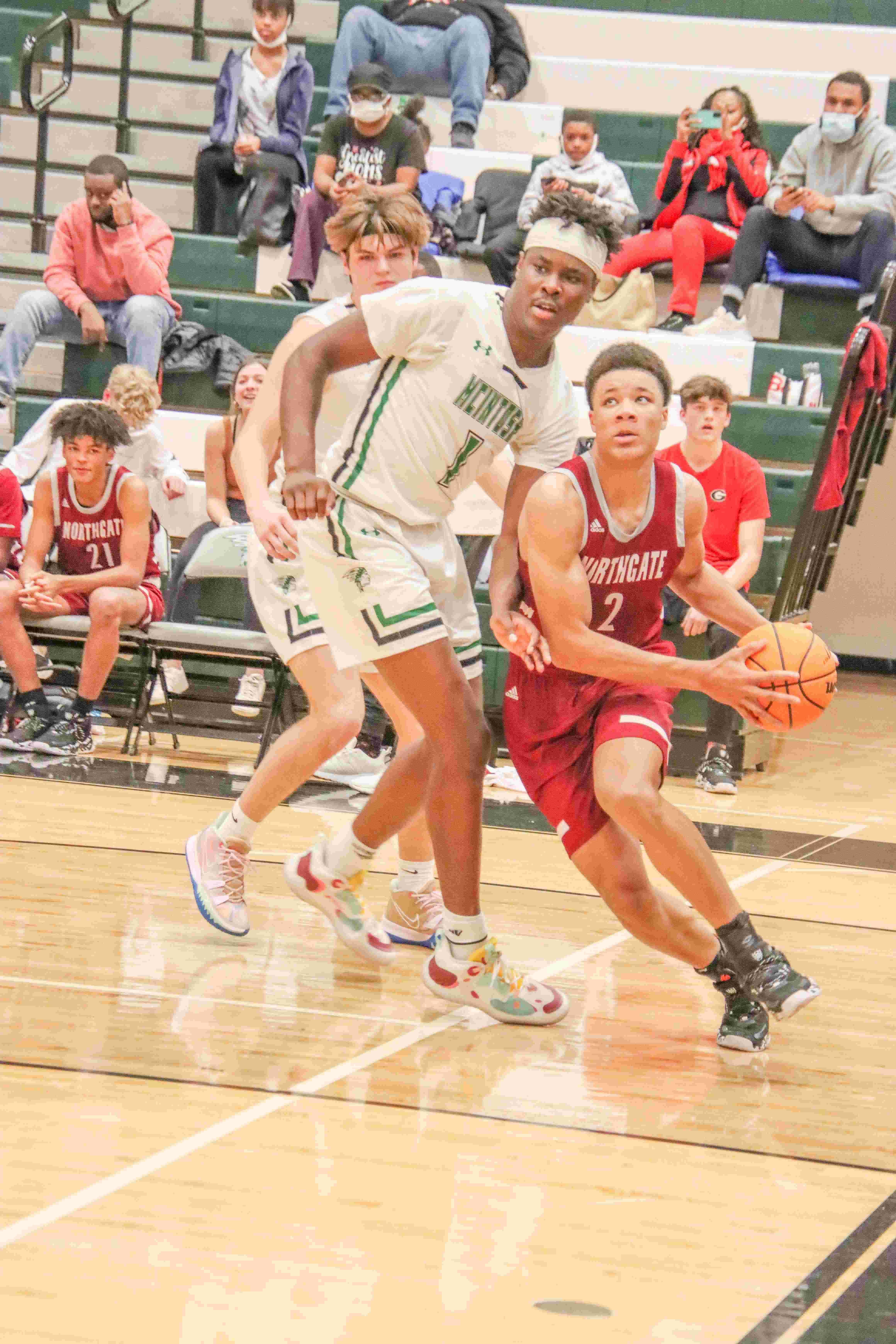 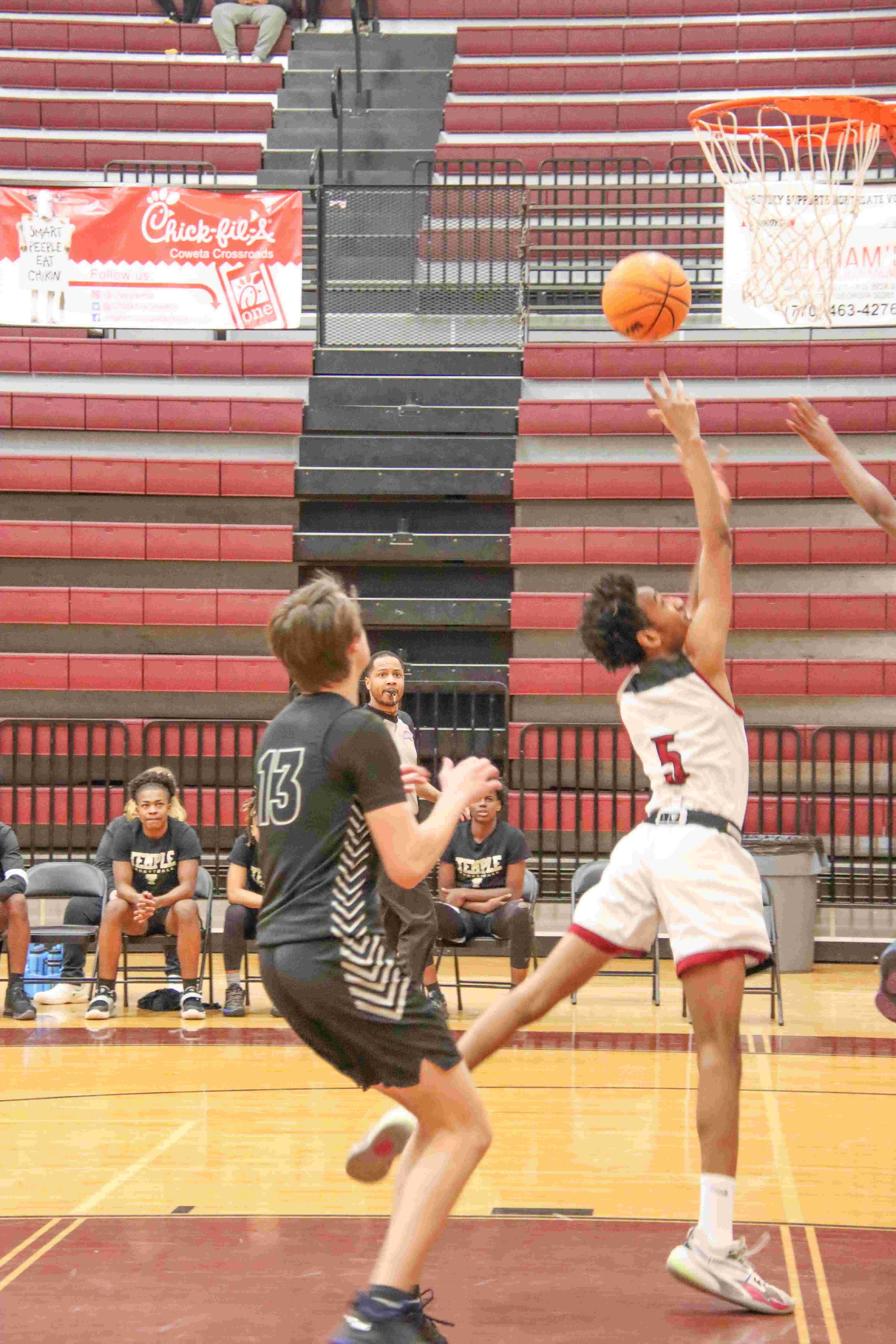 Donavyn Bennett-Hill scores on the inside in the Vikings win against Temple. 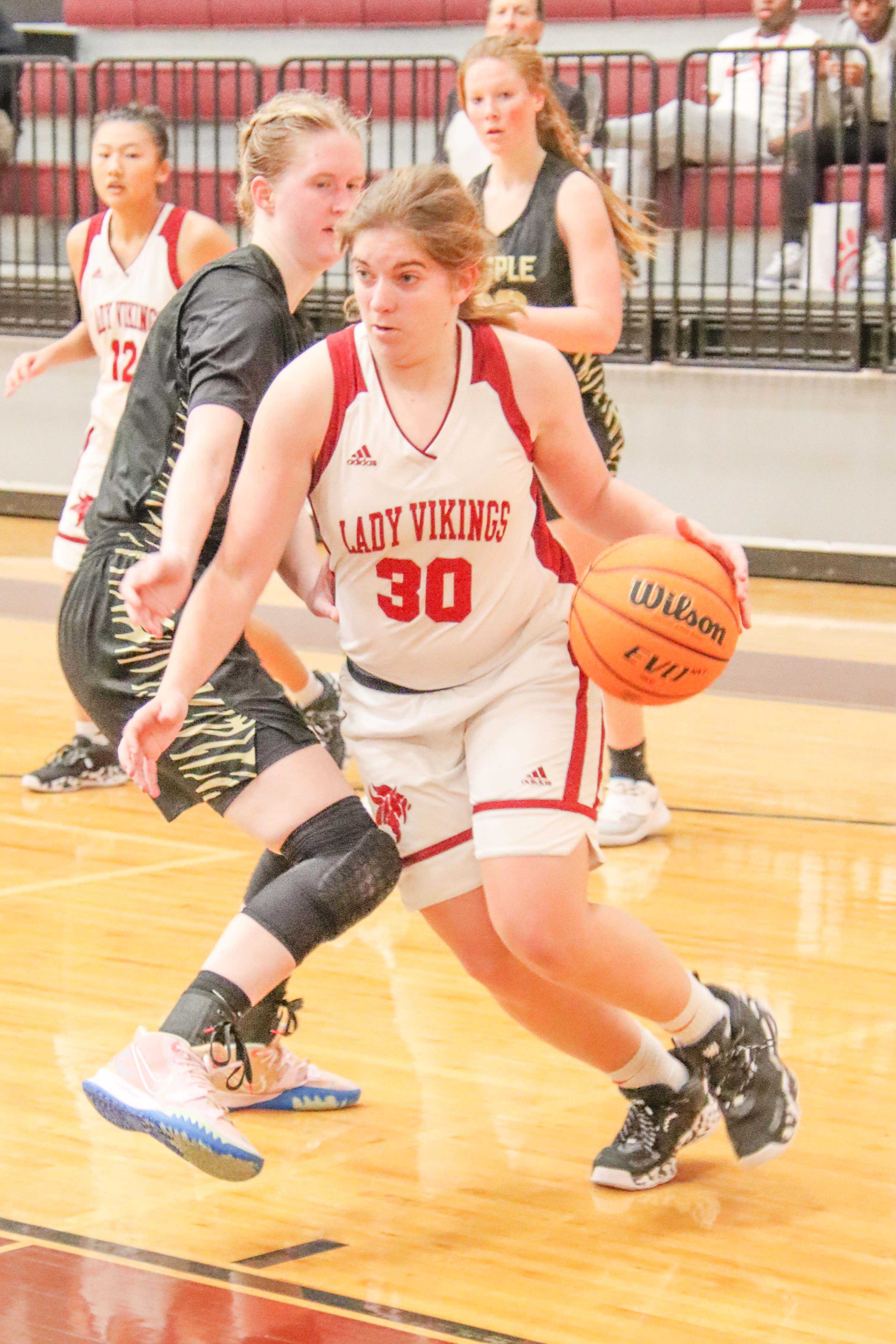 Holly Mertz led the Lady Vikings with 15 points in their win over Temple. 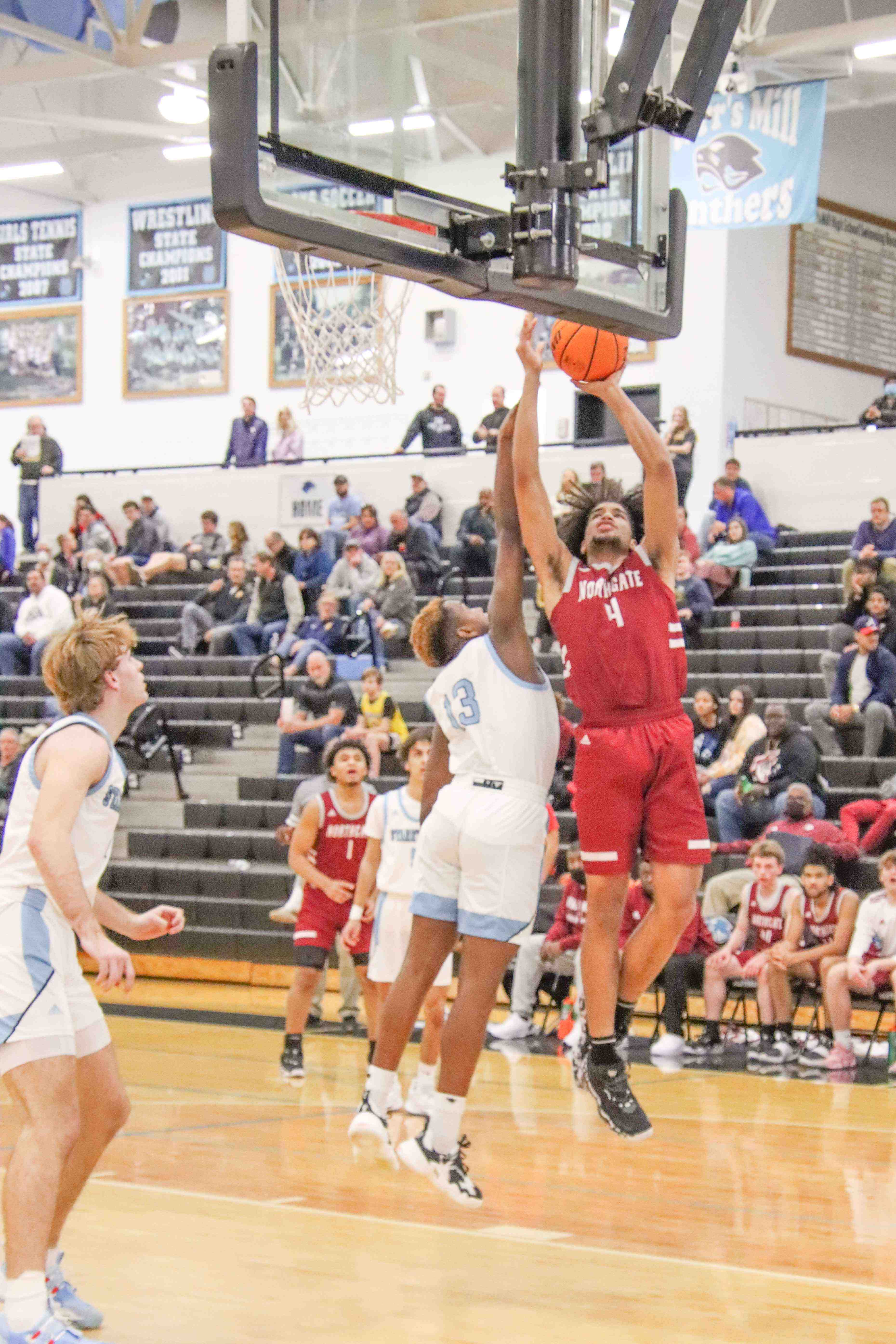 Adrien Seegopaul (#4) with a strong move inside in the overtime win against Starr’s Mill. 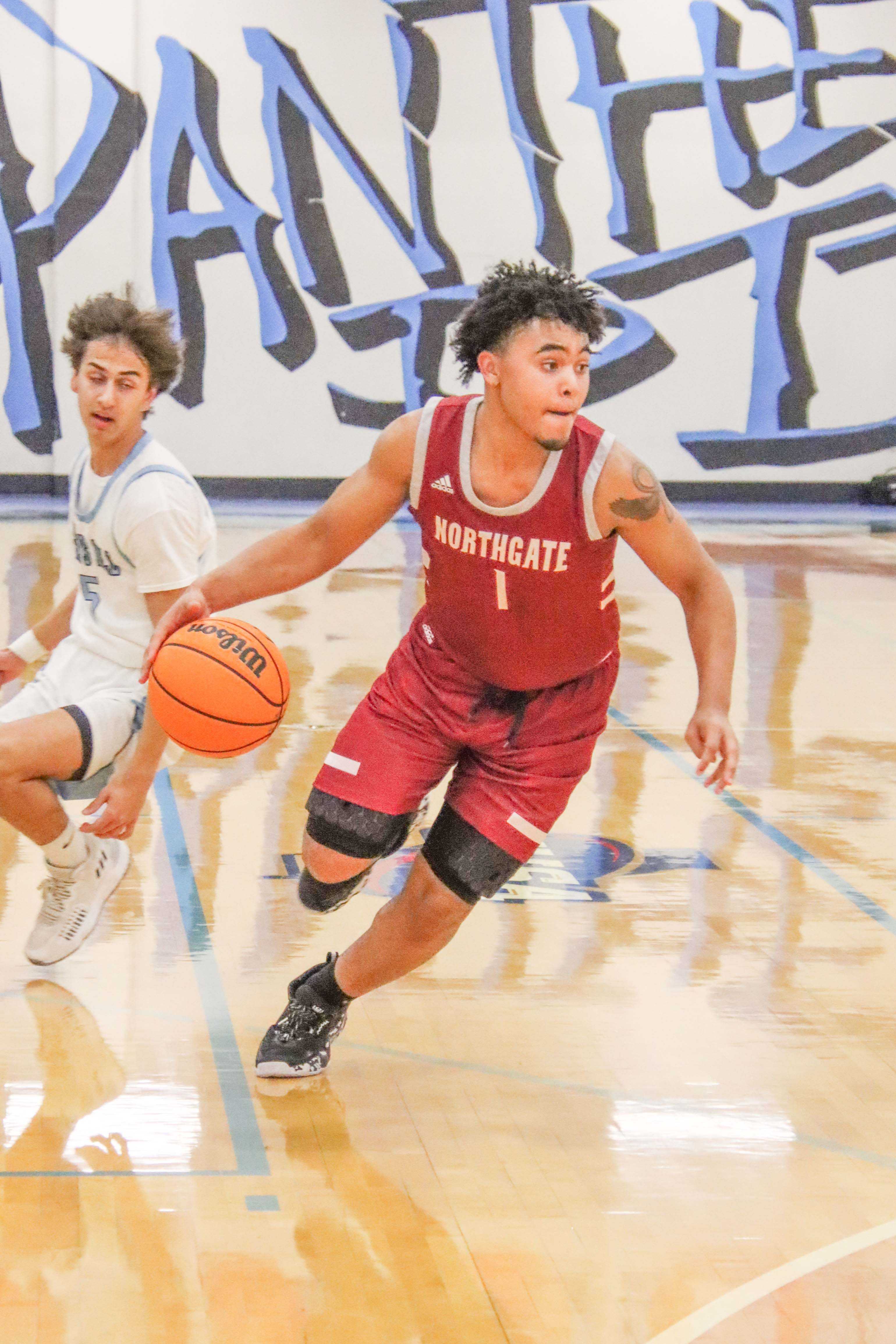 Senior Kenny Orr (#1) has provided solid leadership and ball-handling skills for the Vikings.