It was Senior Night for a special group of players at East Coweta on Saturday as they hosted the Callaway Cavaliers.

With the rigors of a region tournament ahead, the teams took a moment to recognize the seniors who have taken their programs to the next level.

History was made in the girls game as Amya Walker scored her 1,000th career point in the Lady Indians 73-42 victory.

Aaliyah Ferrell gave the Lady Indians an early 5-3 lead with a 3-pointer. After a Walker steal and fast-break basket, Jenaya Boler found her range with back-to-back 3-pointers, and the rout was on.

Overall, the Lady Indians had four players in double figures: Letiya Reeves led with 19, 1,000-point Walker had 17, and Tuianna Taggart and Ferrell had 10 each. Boler finished with eight points.

The Lady Indians improved to 10-6 on the season.

It was bow-tie time for Head Coach Royal Maxwell and the Indians coaching staff in the boys game. East Coweta showed their athleticism and ability to run the court as they defeated Callaway 67-50.

Joshua Cameron had 13 points, and Samuel Moss added 10 as the Indians got the crowd into the game with some big-time dunks by Jordan Edun, Delricco Gillespie and Cameron. It was the Indians 14th win of the season.

Both teams now will prepare for their region contests on Friday night against Pebblebrook. The Pebblebrook boys are 17-2 and undefeated in region play, while the Pebblebrook ladies are 11-6 and tied with the Lady Indians for third place in region 2-7A. 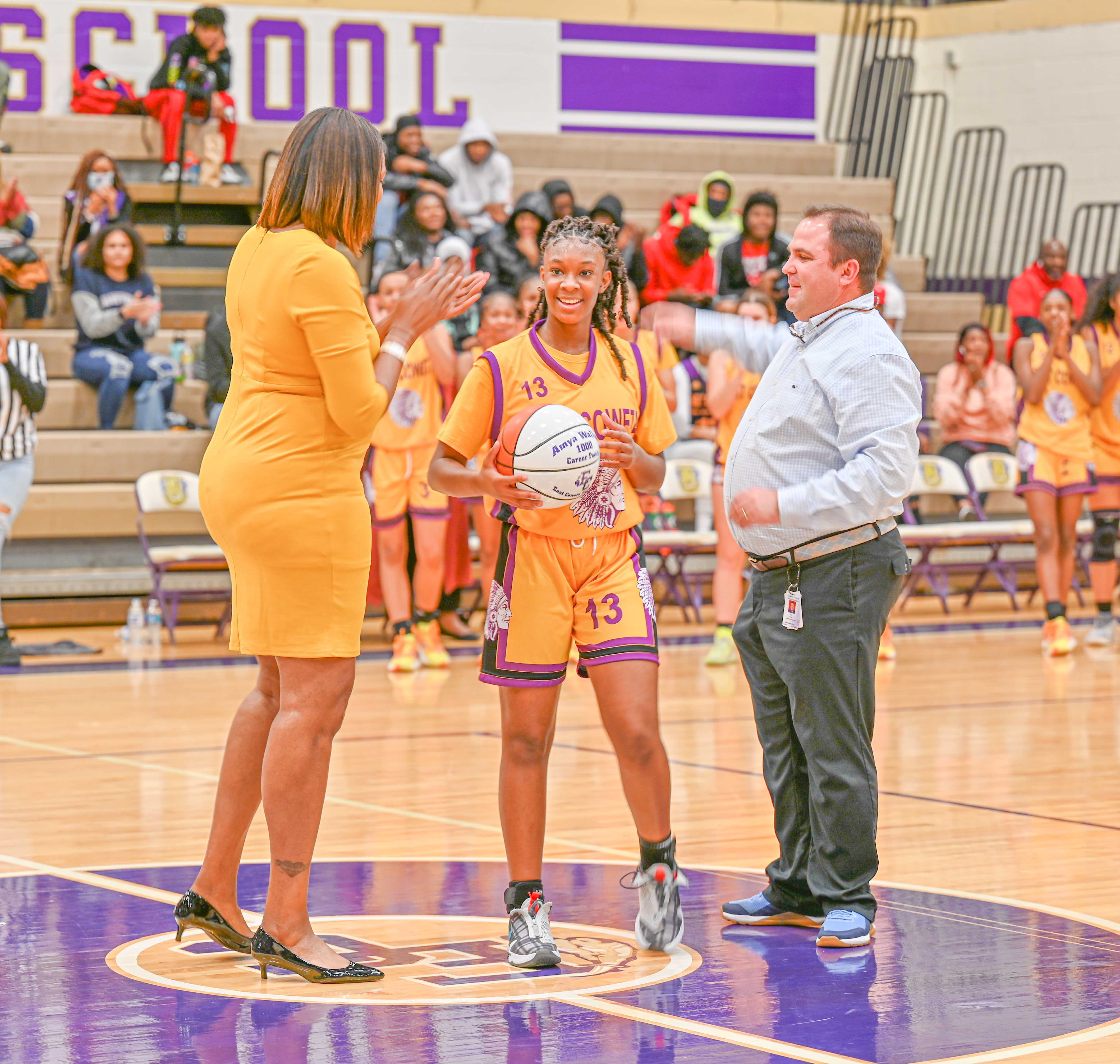 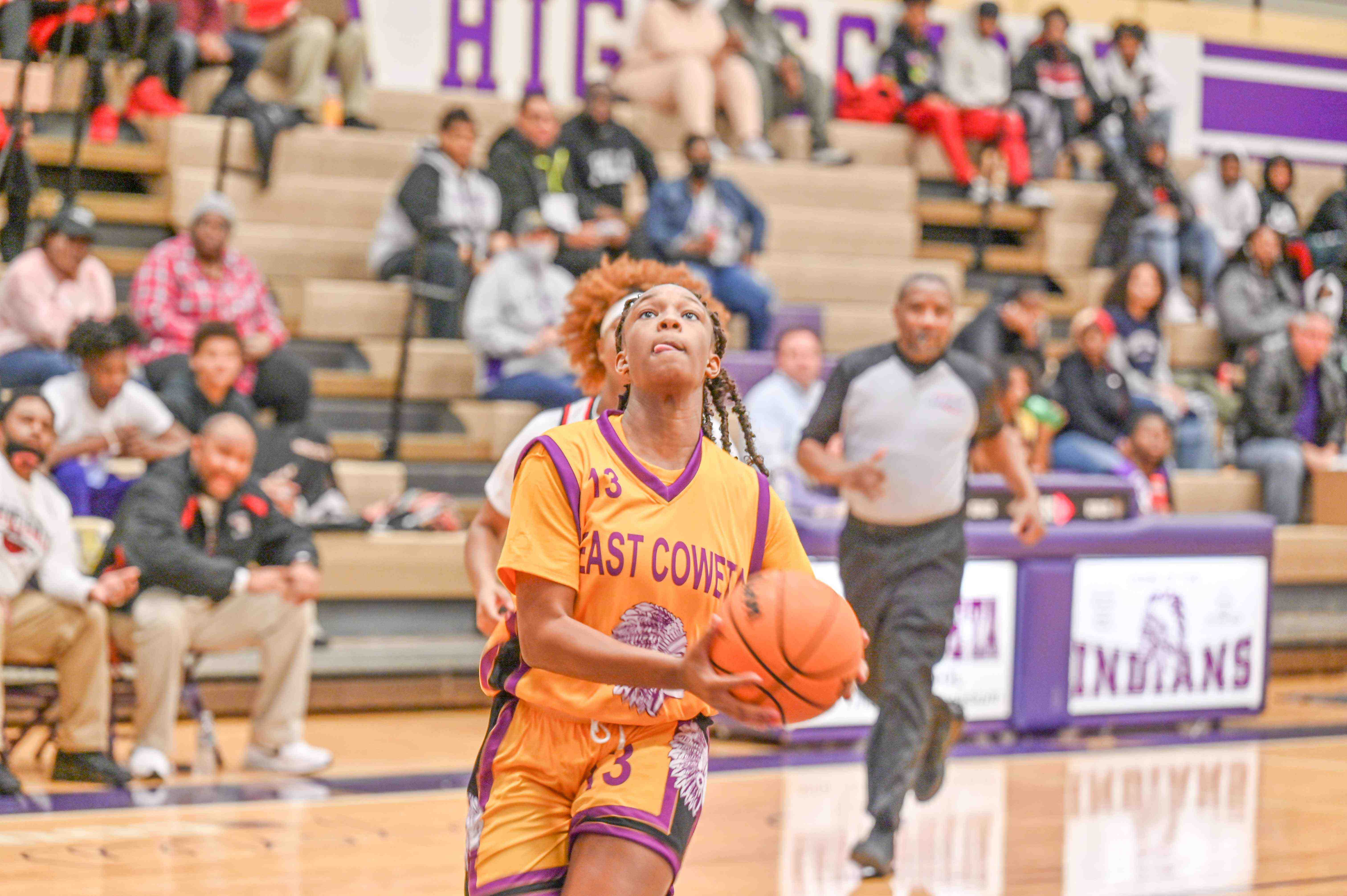 Amaya Walker starts the game off right for the Lady Indians with a steal and layup. 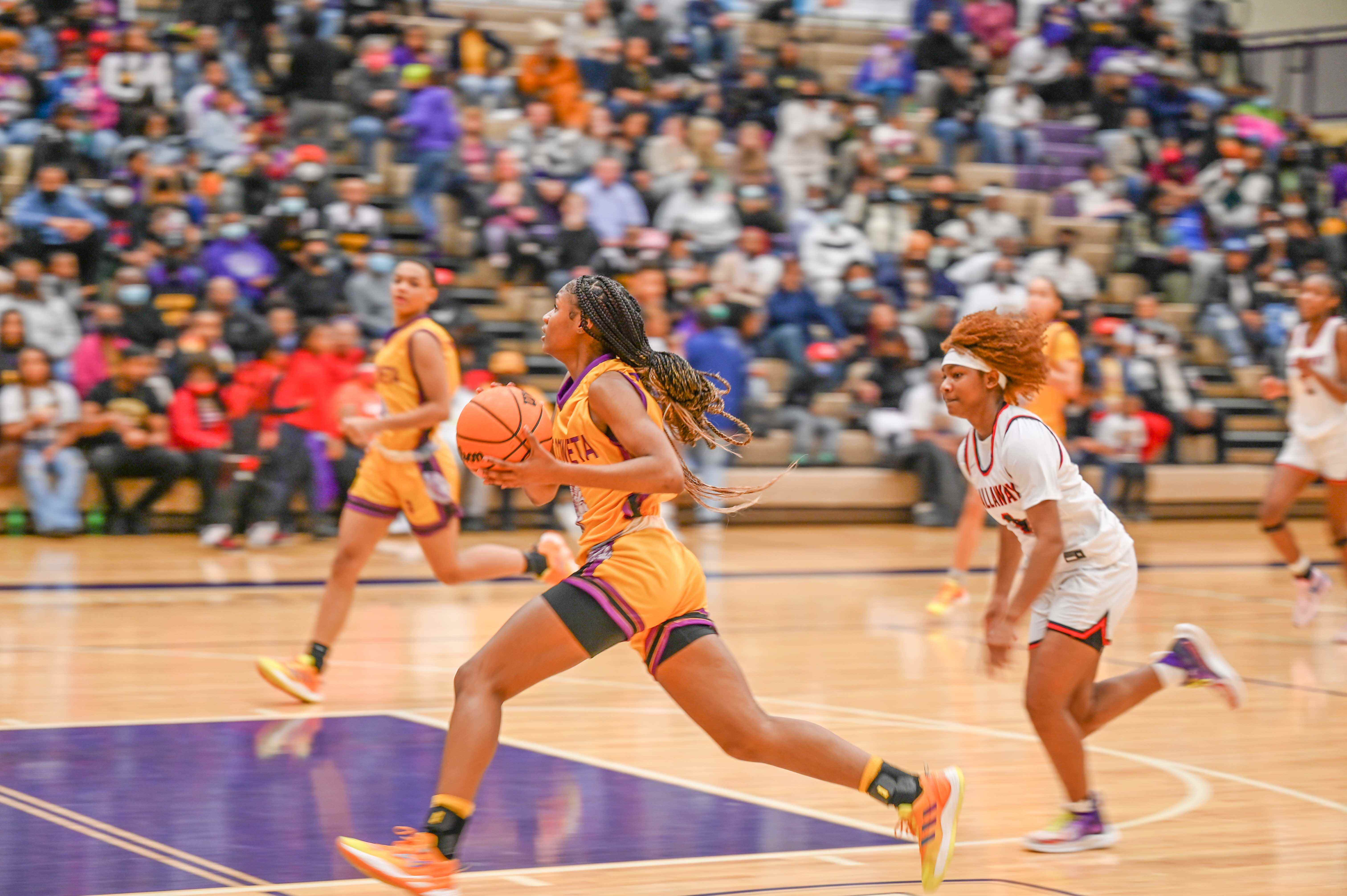 Letiya Reeves with a layup for two of her 19 points. 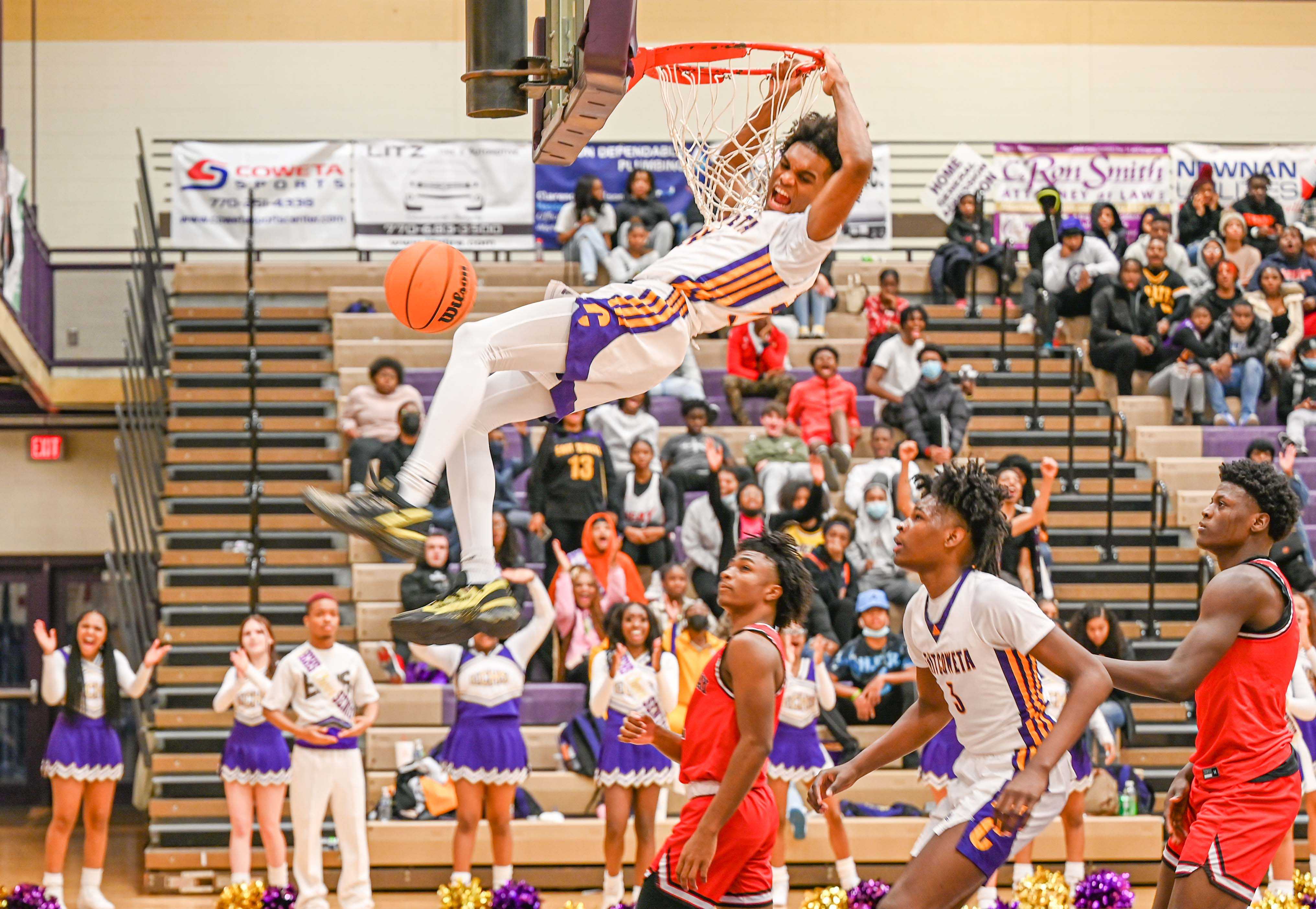 Jordan Edun puts it down with authority for the Indians. 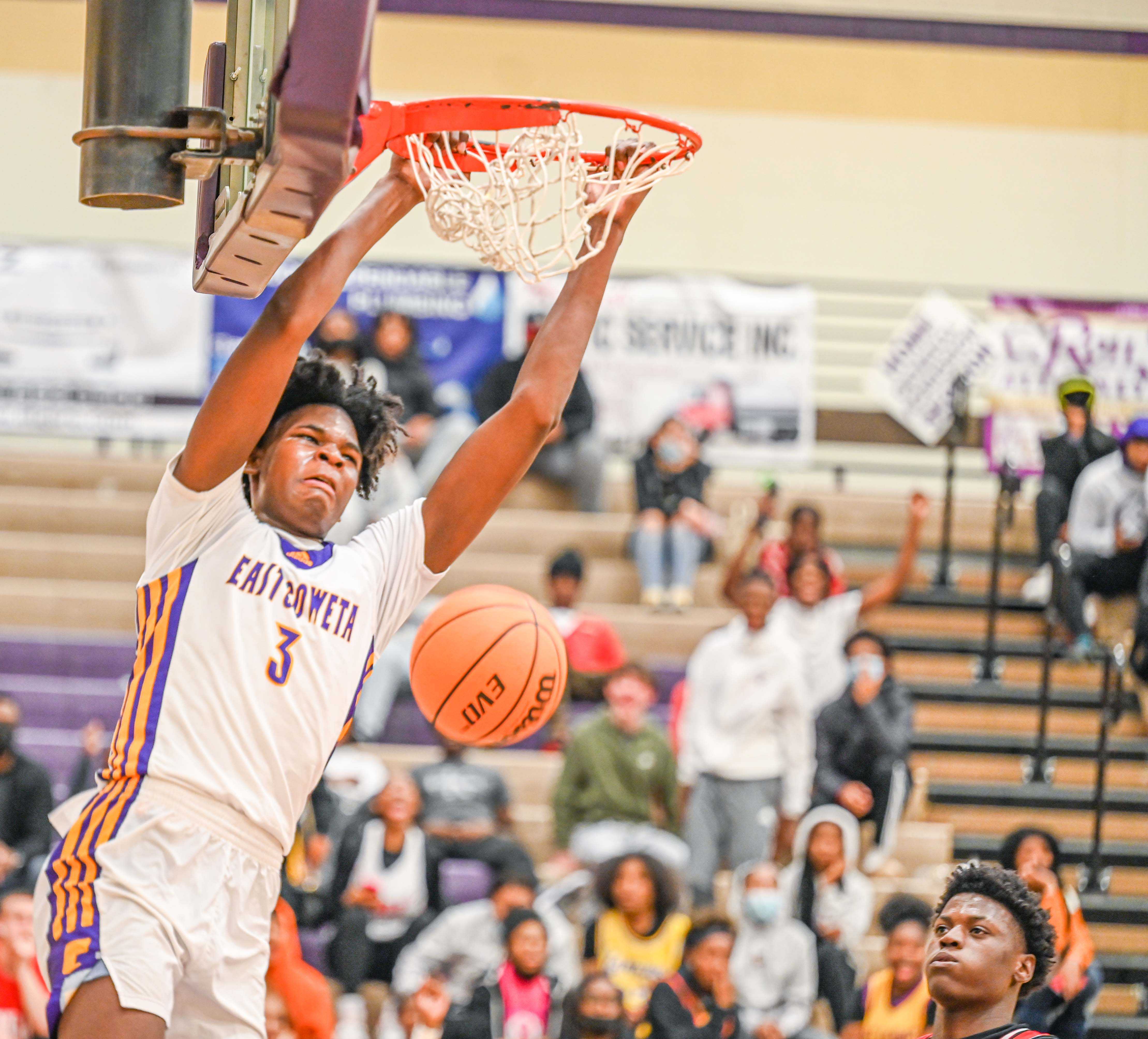 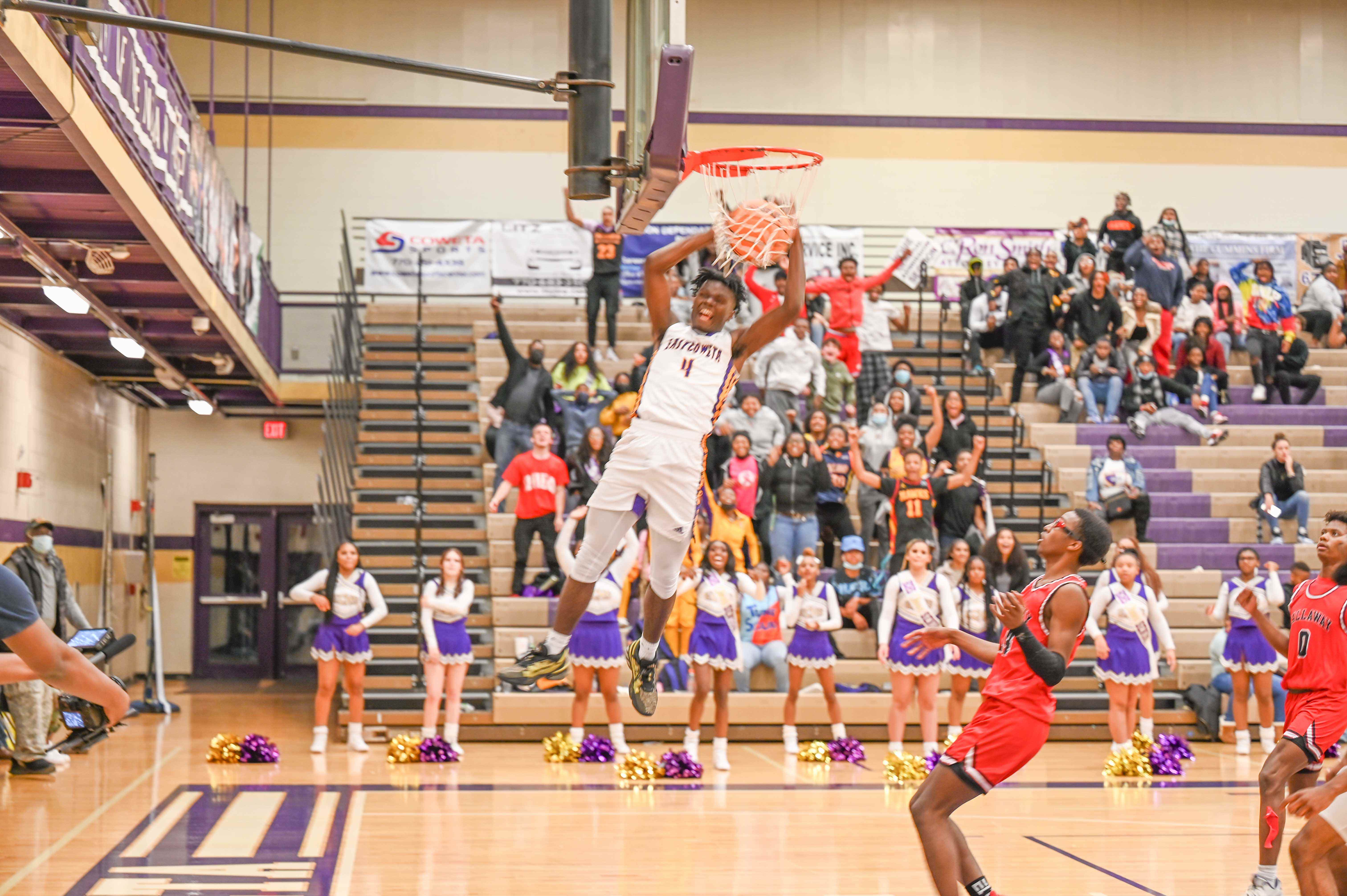 Joshua Cameron gets in on the Indians dunk contest in their win over Callaway.