There & back again: Woman at her window

Local churches disaffiliate from UMC because of LGBTQ views 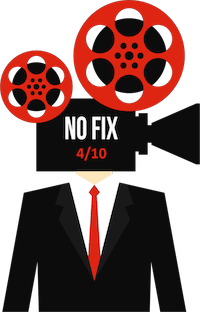 That incendiary question, asked by a mysterious caller with a strange, piercing razor-sharp voice, once generated discomfort and even pangs of fear.

But in “Scream (2022),” it barely resonates, evoking only mild nostalgic chuckles.

After 25 years, four feature films, and a television series, the “Scream” franchise has finally run its course. Instead of innovating, “Scream (2022)” merely recycles the first film's structure, trying to pass off its lack of creativity as an intentional meta homage. This new film, which fondly refers to itself as a “requel,” is an awkward reworking that fails to capture any of the elusive magic that made the first film an entertaining hit.

This time around, the never quiet town of Woodsboro is once again haunted by the knife-wielding Ghostface killer. The bloody action replicates the classic pre-title sequence from the 1996 original. And, to that end, one sleepy evening, in a spacious, brightly lit, modern kitchen, we meet hipster teen Sam Carpenter (Melissa Barrera, stepping into the role originated by Drew Barrymore). Instead of popcorn, she’s cooking something in a pot that remains unidentified.

Naturally, the ominous sound of a telephone ringer reverberating through the tiled kitchen jolts the relative quiet. Initially, Sam ignores it, later texting with her friend that the obsolete landline is irritating. Finally, she answers, and the conversation that follows will be familiar to any casual “Scream” fan.

Of course, because this is 2022, Sam has control of the house’s door locks through an app on her smartphone. Unfortunately, this technological gimmick does little to increase the tension in the already well-known scene.

A slowly growing container of Jiffy Pop was a far more effective tension device in 1996. As the popcorn expanded on the stove, viewers grew less and less comfortable.

Late horror master Wes Craven, who directed the self-referential first movie and the three sequels that followed, knew precisely how to use the popcorn to put the viewer on edge. Few horror films could ever come close to that opening sequence.

While it’s asking too much for the “Scream (2022)” filmmaking team of Matt Bettinelli-Olpin and Tyler Gillet to one-up Craven, inserting a smartphone into this iconic bit of horror cinema does not improve the scene. A shot-by-shot remake, I’d argue, would have been more effective. And what could have been more meta, more self-referential than tracing the exact events that gave rise to the Ghostface killer mythology?

Sadly, nothing in “Scream (2022)” is the least bit scary. And while the plot revolves around the franchise's history, this installment naively expects viewers to believe that a new generation of Woodsboro youth has little knowledge of or respect for the horror that their town once experienced. The same idea was peddled to us with diminished success in last year’s “Ghostbusters: Afterlife.”

To connect this film with the original, final girl Sidney Prescott (Neve Campbell), broadcast journalist Gale Weathers (Courteney Cox), and Deputy Dwight “Dewey” Riley (David Arquette) return to remind these new teens to shoot to kill. Unfortunately, the older faces, last seen together on the big screen in 2011, do little to make the narrative work on anything but a surface level.

If there was magic in the first round of movies, it was that even though the circumstances were outrageous and over the top, we cared about Sidney, Gale and the hapless do-gooder Dewey. And because we were invested in their personal narratives, part of the fun with each sequel was discovering what they did next. While a necessary evil, the Ghostface killer wasn’t the main draw over the three films that followed the 1996 blockbuster. Screenwriter Kevin Williamson managed to create characters that we embraced.

Maybe I’m just getting old, but I didn’t find this new crew of cynical teens engaging. And this is disappointing because “The Boys” star Jack Quaid plays Sam’s older sister’s boyfriend. He’s a very likable screen presence, but even his affable qualities felt flat and underused. And by the time the action returns to locations from the first movie, anyone familiar with the franchise will find it difficult to believe the killers’ or killer’s new motivations.

Part of the problem is that instead of introducing some new, exciting, funny and ironic kills, Bettinelli-Olpin and Gillet (who gave us the entertaining “Ready or Not” in 2019) deliver rather dull, clumsy stabbings. Sure, one of the masterstrokes of the first film was that the killers were awkward and stumbled about as they pursued their prey. But this time, the villain or villains here come off as incompetent fools.

The action is replaced, at times, by bits of snarky exposition. Despite some playful banter as the ultimate plan is uncovered, it just doesn’t hold together. And when the kills have any sense of creativity, they are later undermined by the big reveal. “Scream” devotees will be frustrated.

Of course, it is good to see Campbell, Cox and Arquette. Their screen time is limited to make room for their younger counterparts, but there’s enough of them to give the sagging story a much-needed lift.

Visually, “Scream (2022)” has a lower-end look than its 1996 predecessor. The original movie began with soft, lovely, picturesque images introducing us to the idealistic, sleepy Woodsboro community. It was hard to dismiss the other-worldly environment inhabited by the attractive crafty teens hell-bent on surviving the massacre. In many ways, the setting was reminiscent of television’s “Twin Peaks,” which ended in 1991 and was followed by a movie in 1992.

And in “Scream (1996),” Craven, who struck gold over a decade earlier with “A Nightmare on Elm Street,” gave us a highly stylized version of suburban America. When the shocking, sometimes comical, bloodletting was unleashed, cinematographer Mark Irwin shifted the look to a crunchier, more dynamic, lurid visual scope. The movie became like something from a Dario Argento film (see “Deep Red”).

The numerous kills ranged from frightening and visceral to ironic. It’s hard to forget watching Rose McGowan, playing bad girl Tatum, meeting her demise by crawling through the tiny pet entry while the garage door opens. It was ridiculous but helped break the tension and became the tonal hallmark of the franchise. The 1996 film was as funny as it was scary. And it helped to give birth to a host of comic horror imitators.

The idea of a “requel,” or a reboot that goes back to the original and contains some of the same characters, only works if the filmmakers understood why the source material was effective. Being self-aware alone isn’t enough.

Screenwriters James Vanderbilt and Guy Busick try to have fun by introducing meta elements referencing hip horror films from the last decade. These references, deemed “elevated horror” by Sam in the film’s opening sequence, seem like lazy add-ons instead of inspired comedy.

References to other horror films, especially elevated ones, ought to have relevance within the context of the movie’s story. Just mentioning “The Witch” or “It Follows” is fine, but such a mention should connect somehow to the overall narrative. In 1996, Drew Barrymore’s ill-fated Casey in the famous pre-title sequence reminded viewers of other slashers, namely “Halloween.” Later on, we get video store clerk and all-around horror nerd Randy (Jamie Kennedy), who introduces the rules of the game, suggesting that survival is possible if these rules are followed.

“Scream (2022)” isn’t clever enough to build on the ideas from the original. This requel can’t even copy the 1996 inspiration effectively. The result is an exploitative, vacant movie grasping fruitlessly to find the creative balance of scares and laughs.