For the Lady Timberwolves, Cadence Nance led with eight points, KK Tinsley was next with seven points, while Sanaiyah Lewis added five, Addyson Howell had four, and Amara Forts chipped in two. 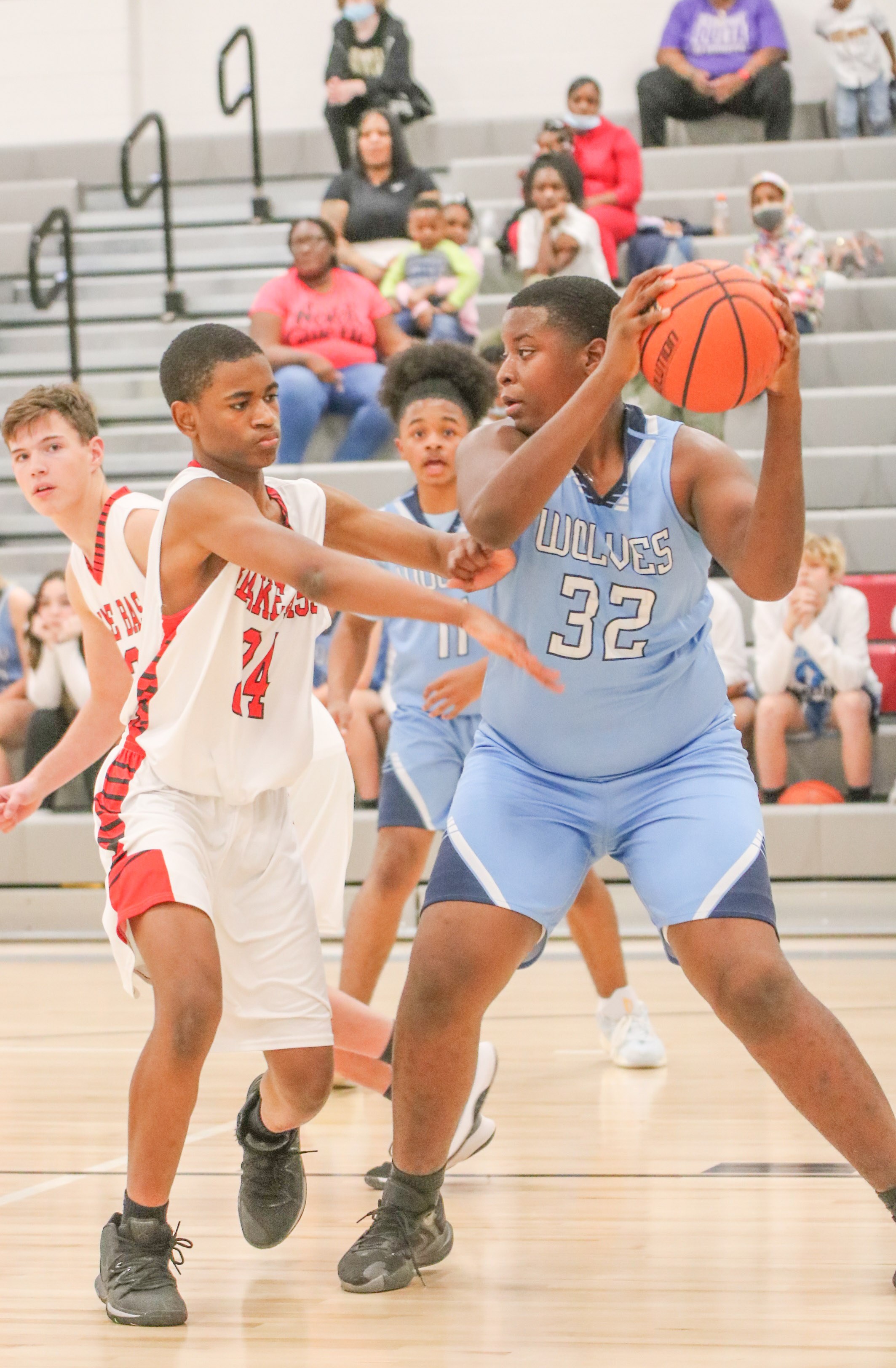 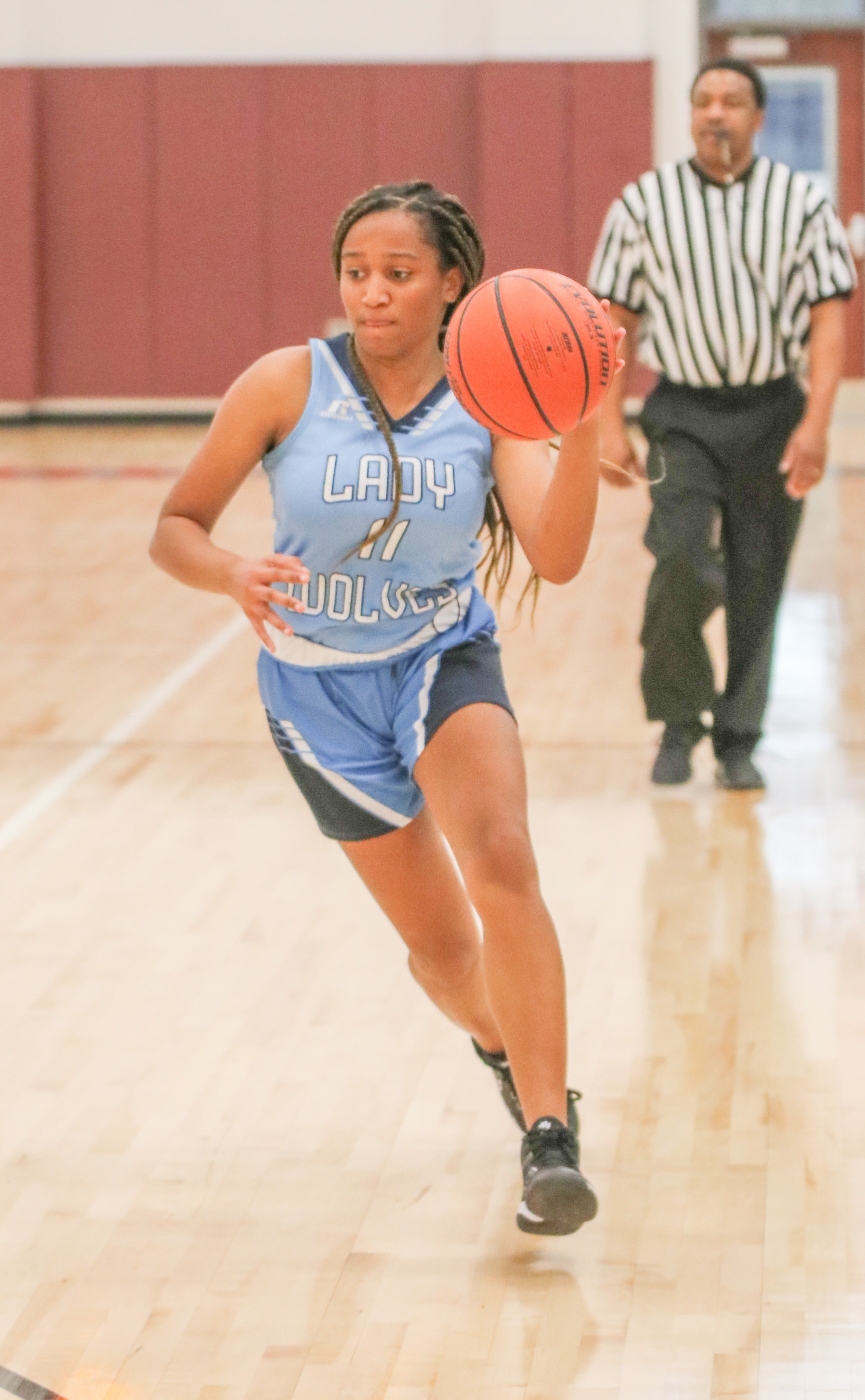 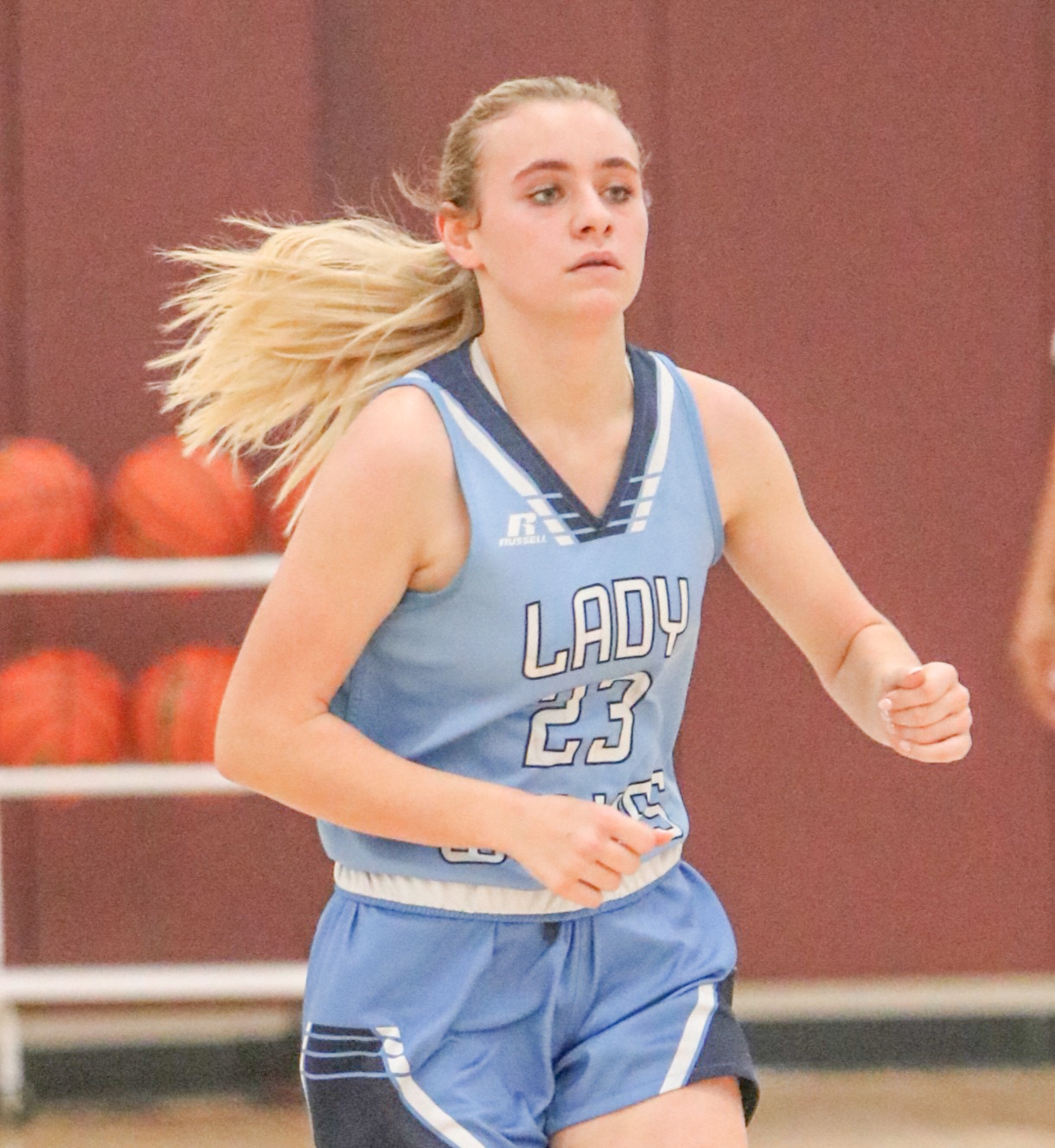 Addyson Howell returns up the court after a basket. 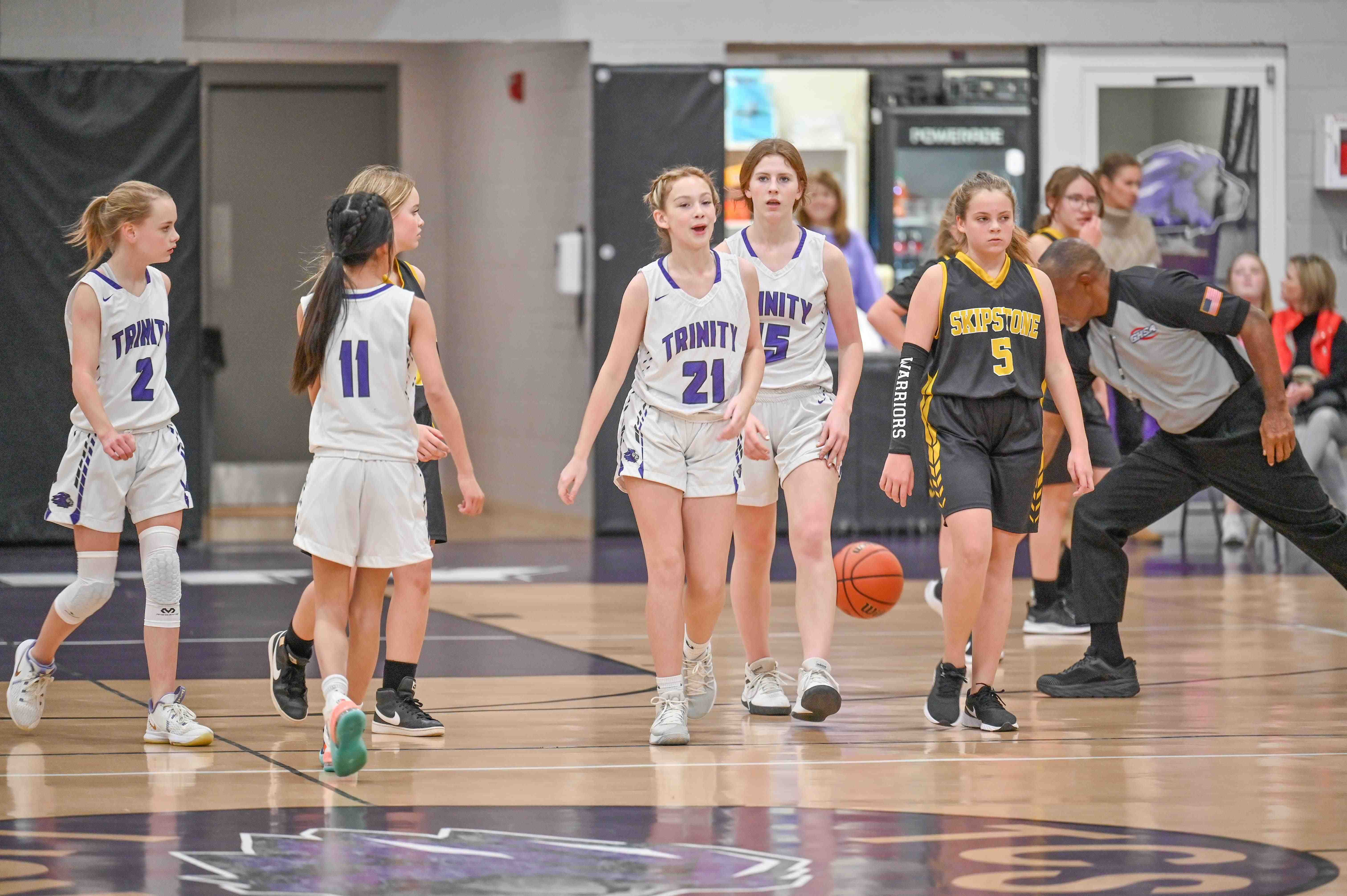