The calendar turned, and East Coweta got back to basketball business on the Paula Jones Court Tuesday night.

They welcomed the Hiram Hornets from Region 7-5A to ramp up for the schedule ahead.

The Lady Indians fell behind by ten before halftime but played a nearly flawless fourth quarter to win a 56-48 victory. In the nightcap, Coach Royal Maxwell’s team ran away with a 79-69 win.

The Lady Indians started fast, three pointers by Tuianna Taggart and Aaliyah Ferrell put them up 9-2 early. From there, the Lady Hornets, who scraped off the rust of a 25-day layoff since their last game, pulled themselves back into the game.

Led by Erial Owens, Hiram outscored East Coweta 26-9 over the next 10 minutes of the game.

The Lady Indians started the long road back after halftime. Letiya Reeves opened the third quarter with a drive and score to cut the lead to six.

In the fourth quarter, Lady Indians Head Coach Quacy Timmons went with a lineup that included both post players, Afi Austin and Kenzlee Jones, to gain a rebound advantage and the Lady Indians cruised to an eight-point lead.

Taggart led the Lady Indians with 18 points, while Reeves finished with 14 and Walker added 10.

It has been a rigorous early season for the Lady Indians, who improved their record to 5-4.

Coach Timmons shared afterward, “We have played a really tough schedule. We lost two in overtime and took two all the way down to the wire, Carrollton, Langston Hughes, Carver Columbus and a really good Harrison team. I feel like we're prepared for the region schedule.”

Regarding the comeback, Coach Timmons continued, “All year, we just fight and fight and fight. The latest conversation is, how do we go from fighters to winners? It’s an engaging conversation, and every day we're just trying to be better.”

In the boys’ game, the Indians also started fast, taking a 15-3 lead in the first quarter. Samuel Moss led the way with four 3-pointers, including three to start the game. Later in the contest, he also added a dunk and finished with a team-high 18 points.

It was a balanced night for East Coweta; 12 players scored a point in the game, and they had a season-high 17 assists.

Coach Maxwell spoke of the need to develop depth for the grind ahead. “We have 15 games in 31 days. It's not humanly possible with the style we play, to play that schedule with just five players. So, we need our other kids so that we can depend on them to get us through this time, but also in the playoffs. It combines a little more depth.”

Both girls and boys teams will be back in action next Tuesday night at Pebblebrook High School. 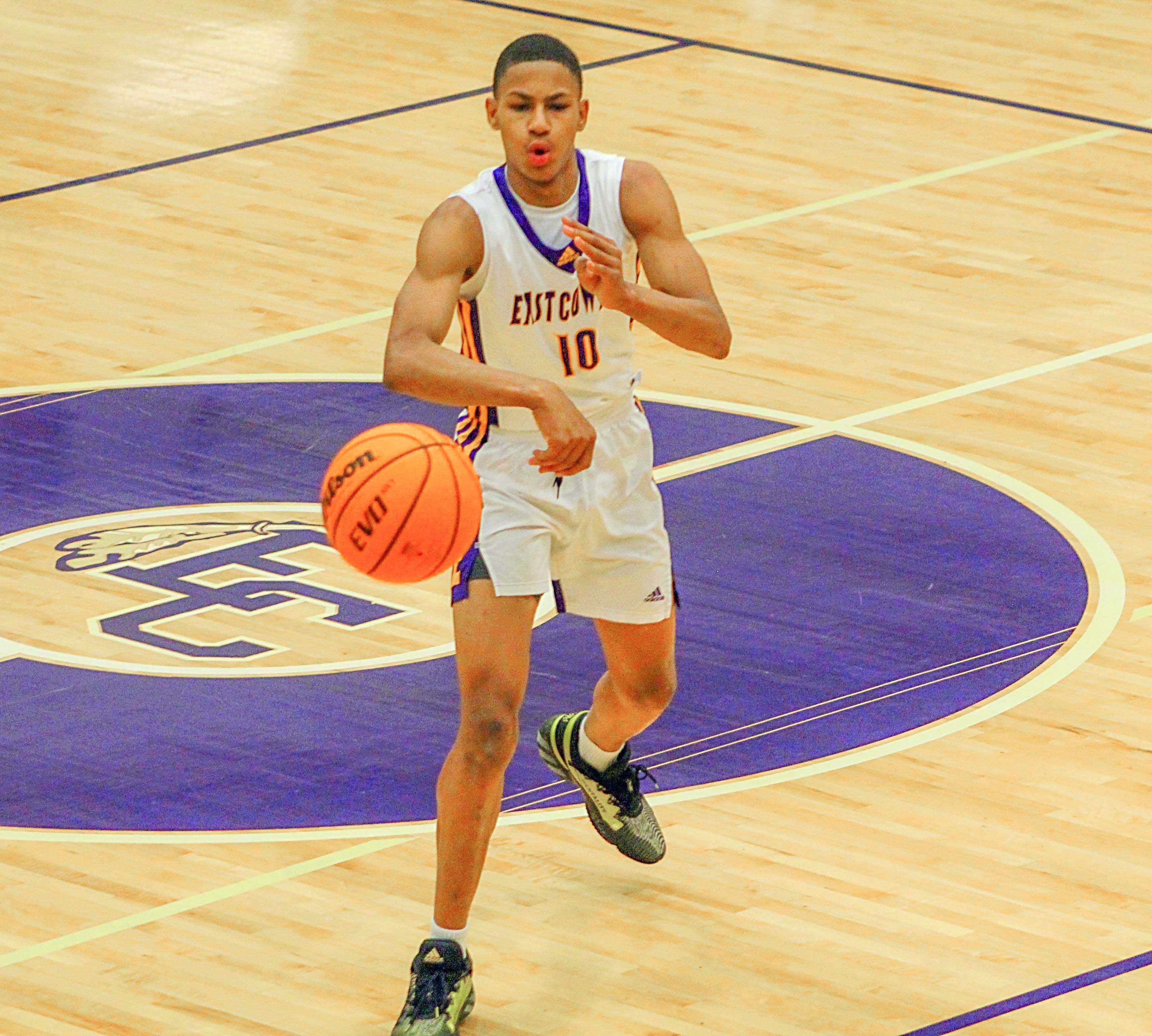 Answer Adams (#20) brings a “Dennis-Rodman” type work ethic to the court every night. 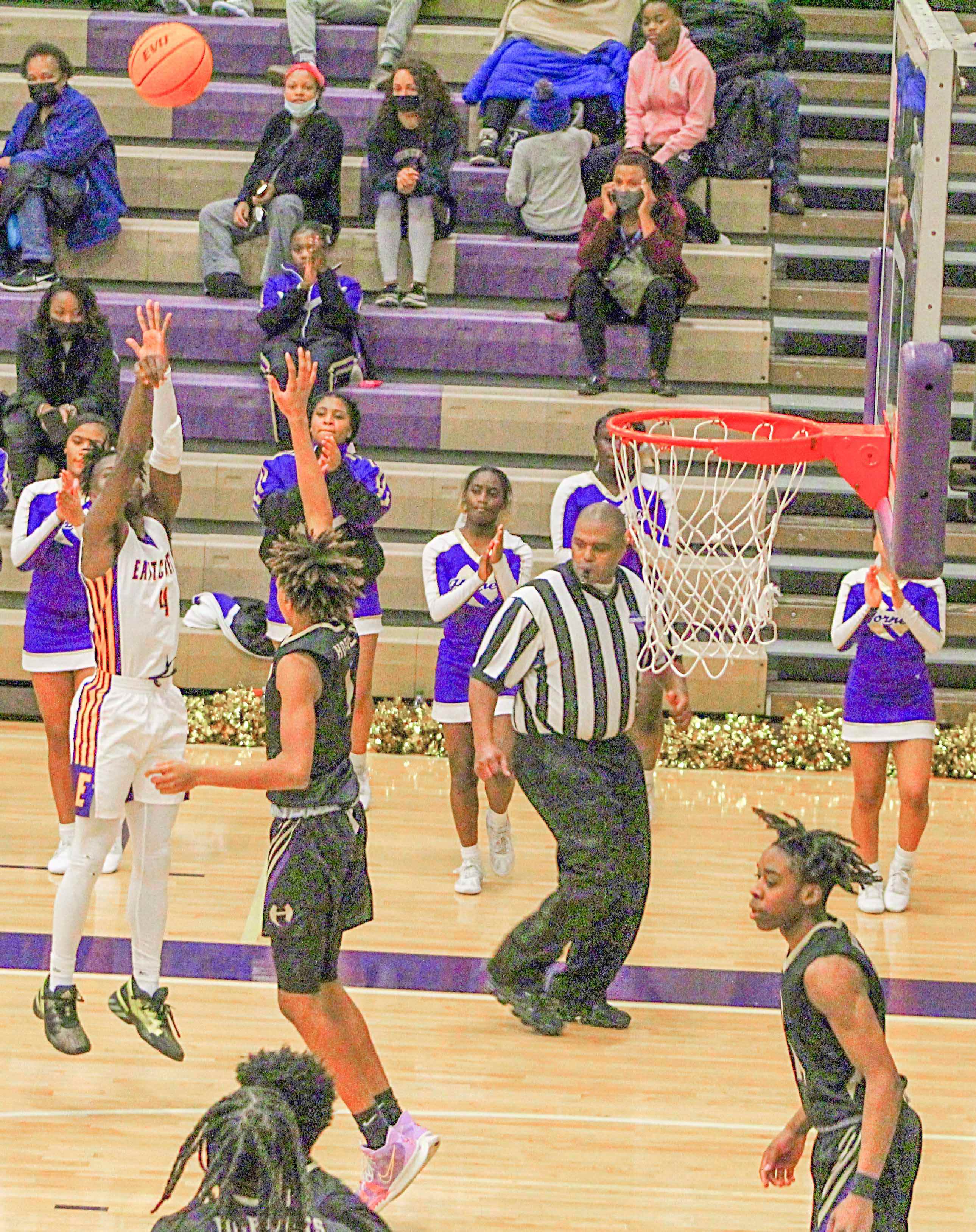 Joshua Cameron (#4) lets a 3-pointer go in front of the Hiram cheerleaders. 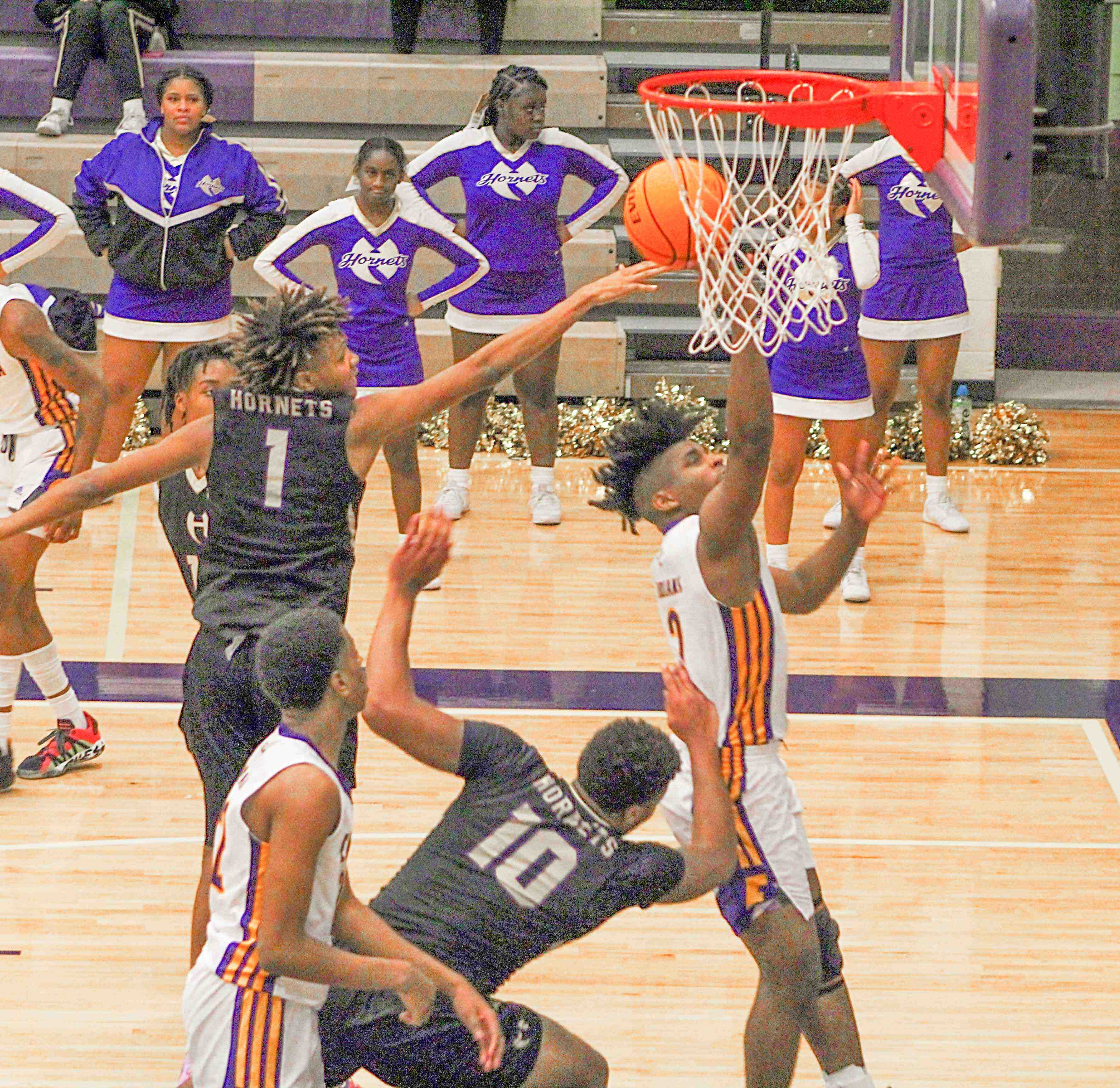 Junior point guard Austen Colton drives to the basket for an easy layup. 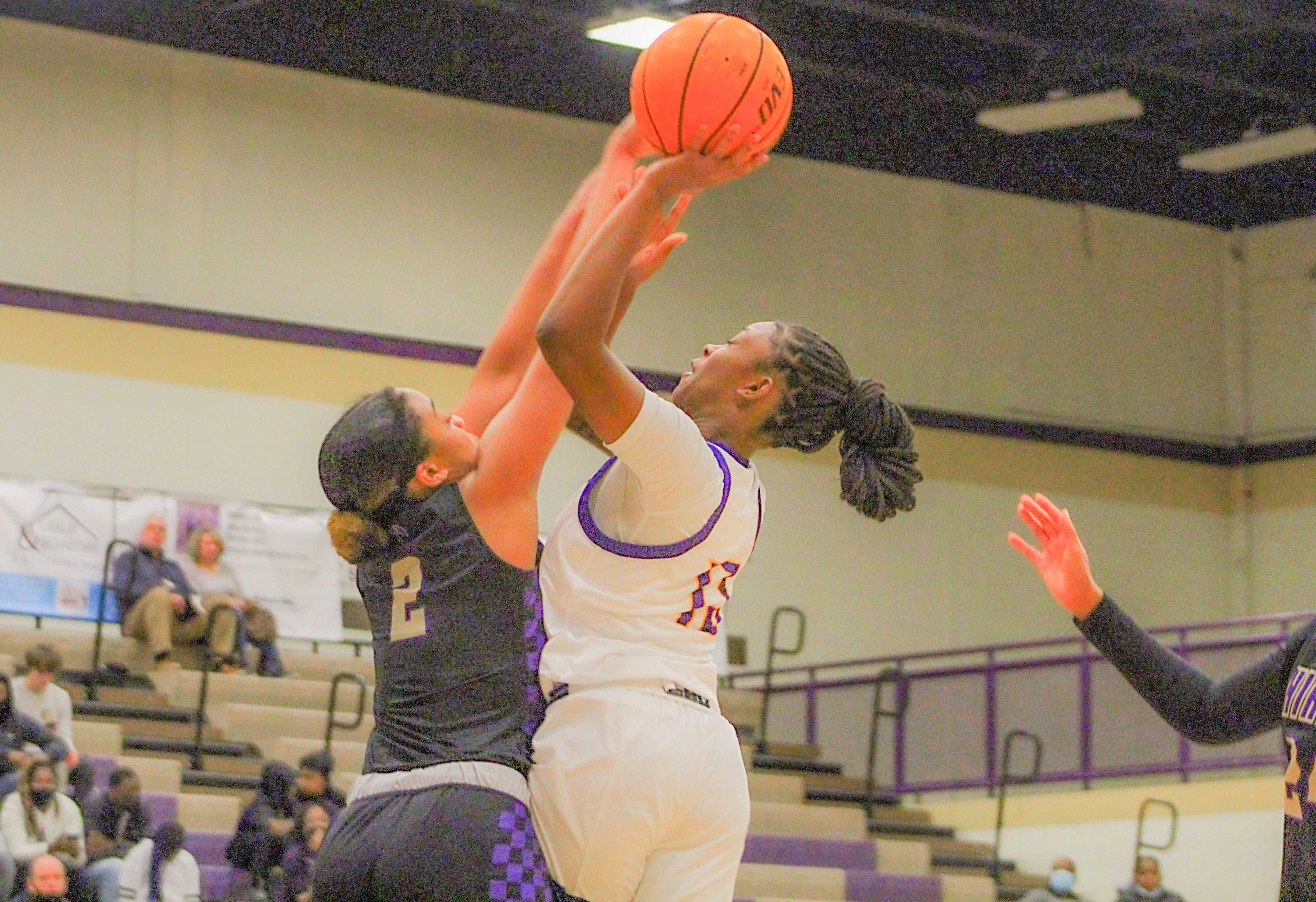 Senior Amya Walker (#13) tied the game with a three-point play at the end of the third quarter. 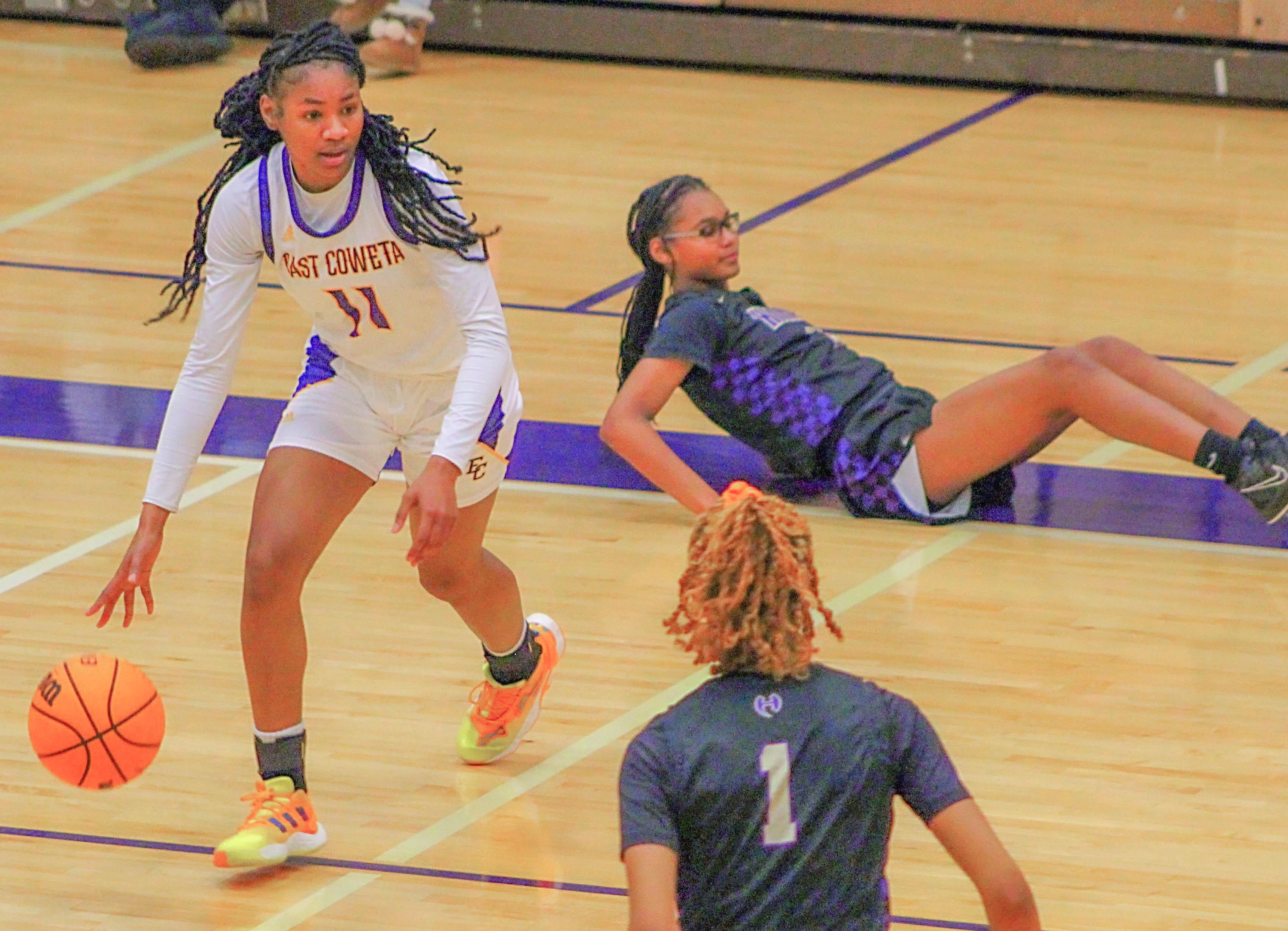 Letiya Reeves (#11) leaves a defender on the floor as she drives to the basket. 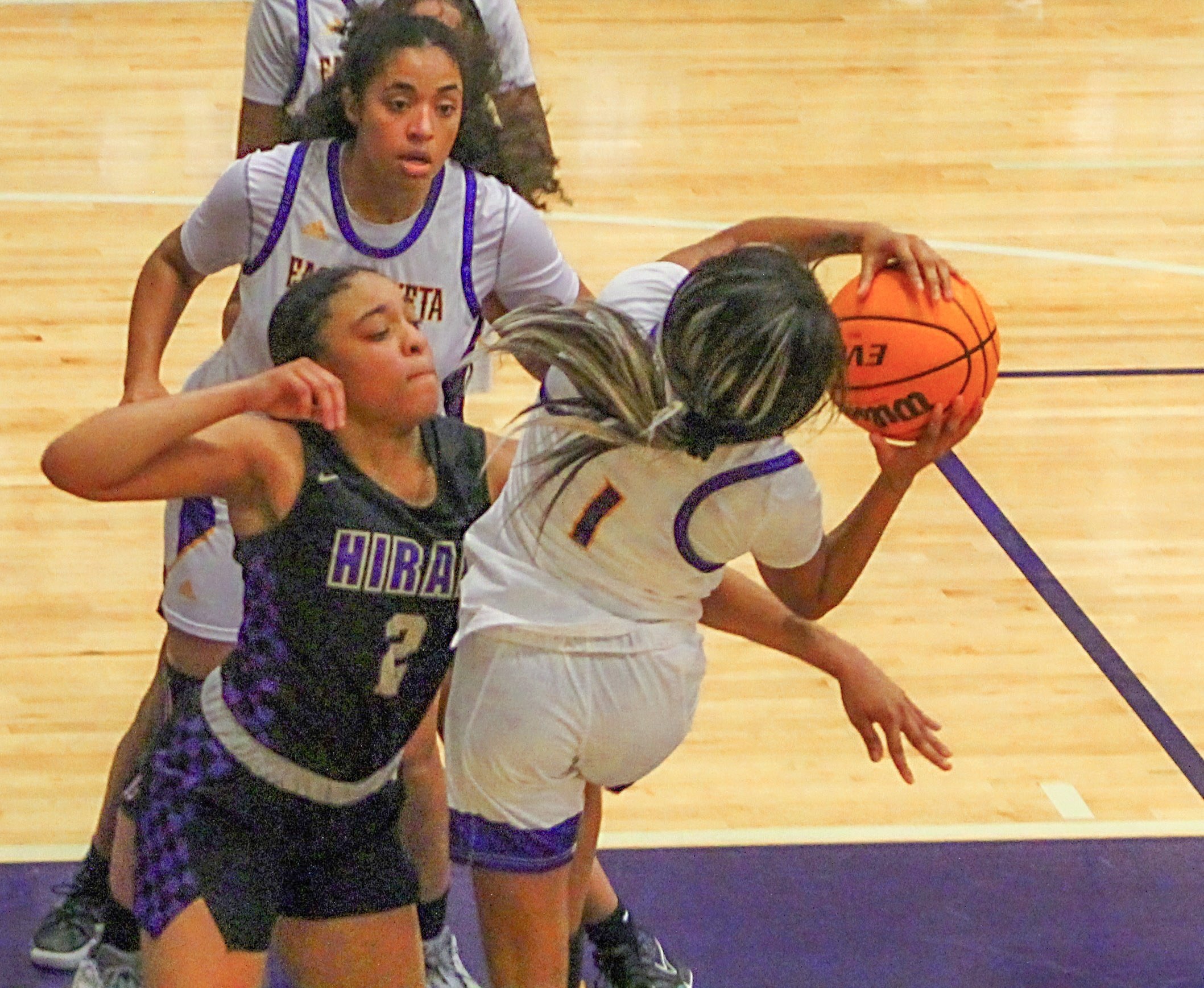