Two maps, two visions: Georgia’s balance of power for next decade hangs in the balance

Georgia getting ‘plenty’ of antibody drugs despite feds’ restrictions

Two maps, two visions: Georgia’s balance of power for next decade hangs in the balance 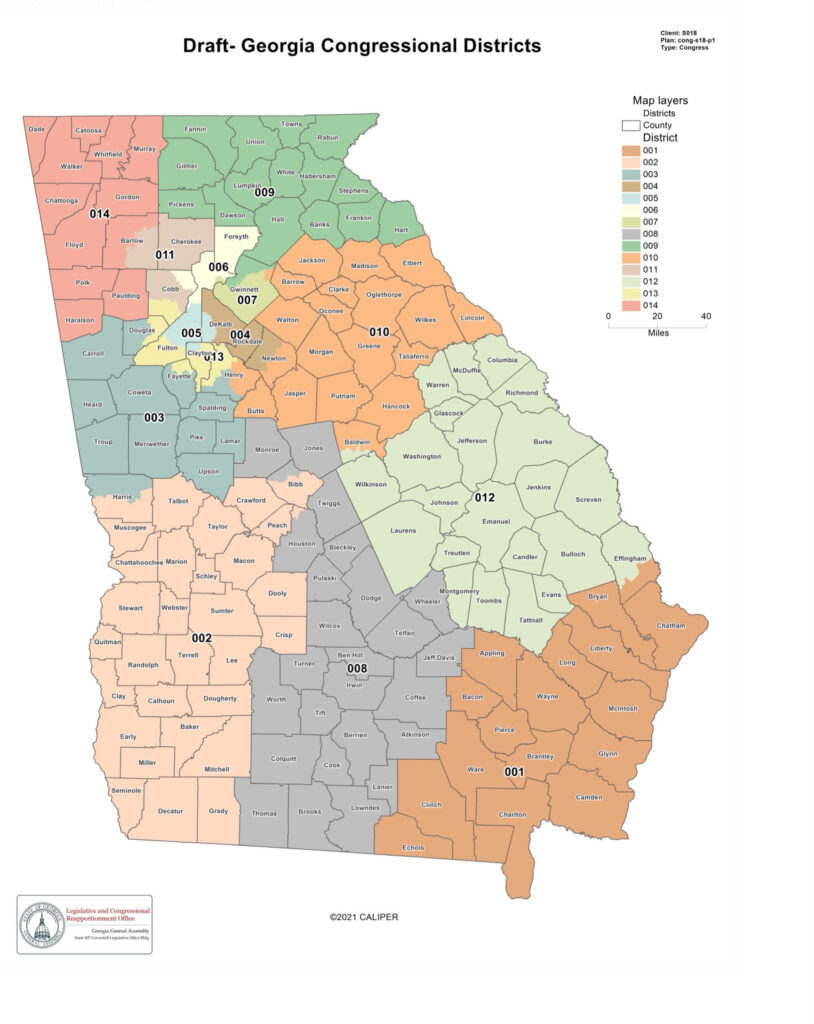 ATLANTA – Democrats and Republicans will converge at the state Capitol Nov. 3 to begin redrawing Georgia’s congressional districts, a once-a-decade exercise to accommodate population shifts reflected in the U.S. Census.

Both parties are offering vastly different visions for how Georgia should be represented in Congress, with Republicans seeking to maintain their majority in the Peach State’s 14-member U.S. House delegation and Democrats looking to even things up.

Georgia House and Senate Democrats showed their cards Oct. 21 by releasing a proposed congressional map ahead of the special legislative session. 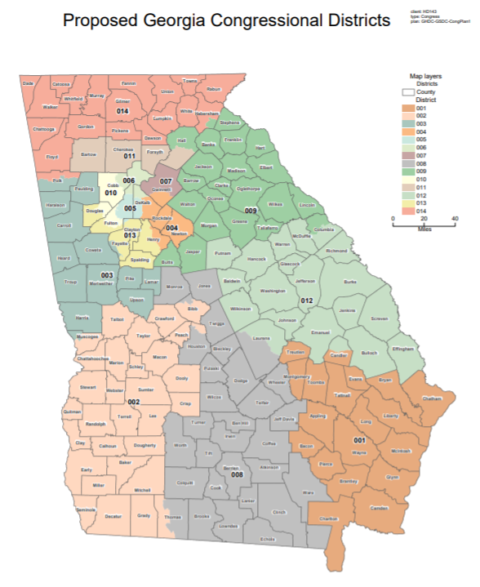 Democrats said their map would provide a fair opportunity for voters of color in Georgia to elect representatives of their choice, as minorities would make up a majority of the residents in six of the 14 districts (Districts 2, 4, 5, 7, 10, and 13).

“We are focused on maps that fairly reflect Georgia,” said state Sen. Elena Parent, D-Atlanta. “We’ve had a lot of growth in minority groups. We believe the maps should reflect these significant changes.”

>> Democrats release their own congressional map ahead of special session

But with Republicans in control of the General Assembly, any map Democrats suggest – whether a congressional map or proposed boundaries for state House and Senate districts – promises to be dead on arrival.

For the GOP, the key question will be whether to try to regain one of the two congressional seats in Atlanta’s northern suburbs lost to the Democrats during the last two election cycles or go for broke and try to take back both seats.

>> Republicans in charge of legislative redistricting, not necessarily in driver’s seat

Brian Robinson, a former top aide to then-Gov. Nathan Deal and a Republican political commentator, said Democratic inroads in recent years have left the GOP without the voting strength to take back both the 6th and 7th district seats.

“We can’t draw 6 and 7 as Republican districts,” he said. “But the opportunity is there to bring back one Republican.”

Earlier this month, the Princeton Gerrymandering Project, along with RepresentUs, a nonpartisan anti-corruption organization, gave the GOP map a “C” on its Redistricting Report Card, based on partisan fairness, competitiveness and geographic features. The organization said its “C” grade means the proposed map is average, and could be better but also worse.

The same report card gave the Democrats’ map a “B” for partisan fairness and said the map would give a slight partisan advantage to Democrats. It also gave the Democratic map two “C’s” for competitiveness and geographic features.

“If all levels of government are to be responsive to the needs of Georgians in education, health care, and infrastructure for the next 10 years, the state needs a community-based districting process,” said Jack Genberg, an attorney for the Southern Poverty Law Center. “So far in this process, the leaders of the Georgia legislature have shown a disdain for the public and their needs. They’ve run a sham process.”

Genberg said legislators scheduled all of their community meetings on redistricting before census numbers were actually released.

“Legislators made these pre-data, pre-guideline meetings inaccessible to wide swaths of Georgians whose first language is not English, Georgians with mobility issues and other disabilities, those who are hearing impaired, and people unable to attend in-person events during a resurging pandemic or because of work or family obligations,” Genberg said.

RepresentUS recently ranked Georgia as one of 35 states that are most at-risk for partisan gerrymandering. The organization said risks are high because new election maps can be controlled and drawn by politicians in secret and rigged for partisan gain. It also said so-called “rigged” election maps are hard to challenge in court.

Democrats say their map also is likely to lead to a 7-7 split in Georgia’s congressional delegation. Currently, there are eight Republicans in Congress representing Georgia and six Democrats.

“Georgia has changed significantly over the last decade, and our proposed congressional map reflects that growth,” said U.S. Rep. Sanford Bishop, D-Columbus. “Georgia voters should choose their representatives, not the other way around, and this map guarantees that.”

“This map not only meets principles of redistricting, but we are proud to present a map that regardless of political party, Georgians can be proud of,” Duncan said when the map was released. “Ensuring that any maps we produce are fair, compact, and keep communities of interest together will continue to be of upmost importance.”

This story is available through a news partnership with Capitol Beat News Service, a project of the Georgia Press Educational Foundation.