Trinity Christian named Team of the Week after win over ELCA

On the heels of their win over Eagles Landing Christian Academy last week, Head Coach Kenny Dallas as the Trinity Christian Lions were recognized by the Georgia High School Football Daily team as their Team of the Week.


The weekly award is sponsored by Siemens and World Electric.

Ted Langford, the Marketing Director for GHSFD, visited the Trinity Christian campus on Wednesday to present the award to Coach Dallas and his team.

Langford specifically pointed out the exploits of the standouts from the ELCA game.

It was the Lions' first win ever against ELCA, where Coach Dallas served as the defensive coordinator before taking the head job at Trinity Christian. 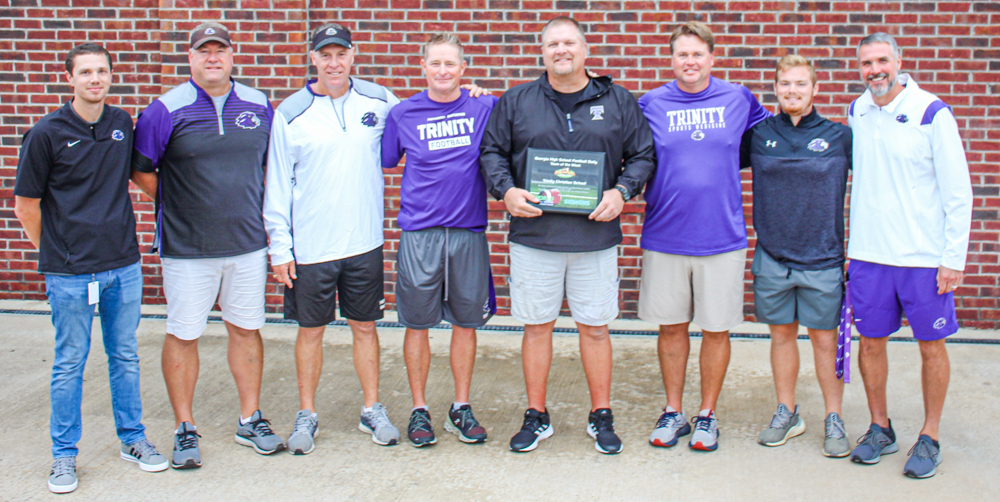 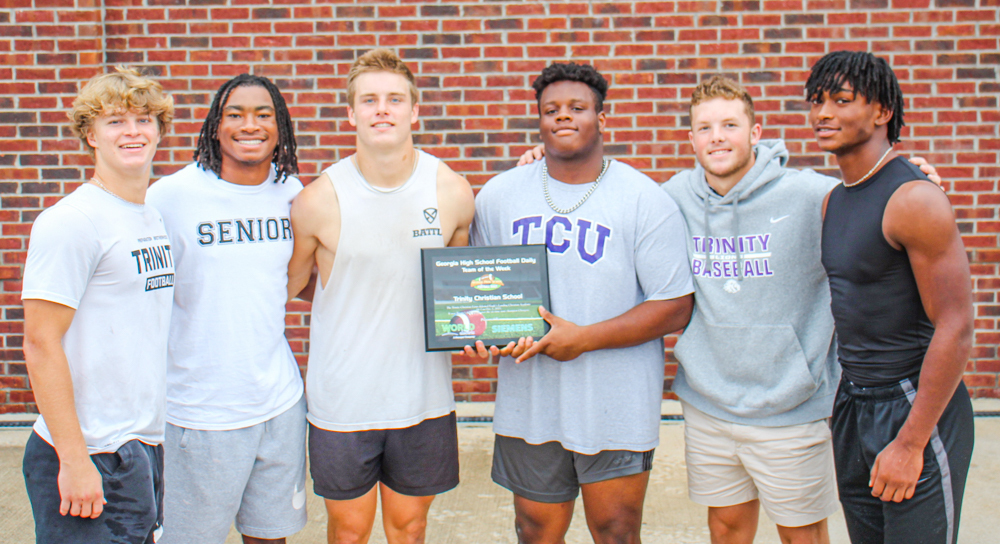 After their defeat of ELCA, the Trinity Christian Lions are 6-0. The team gathered on Wednesday to accept the Team of the Week award. 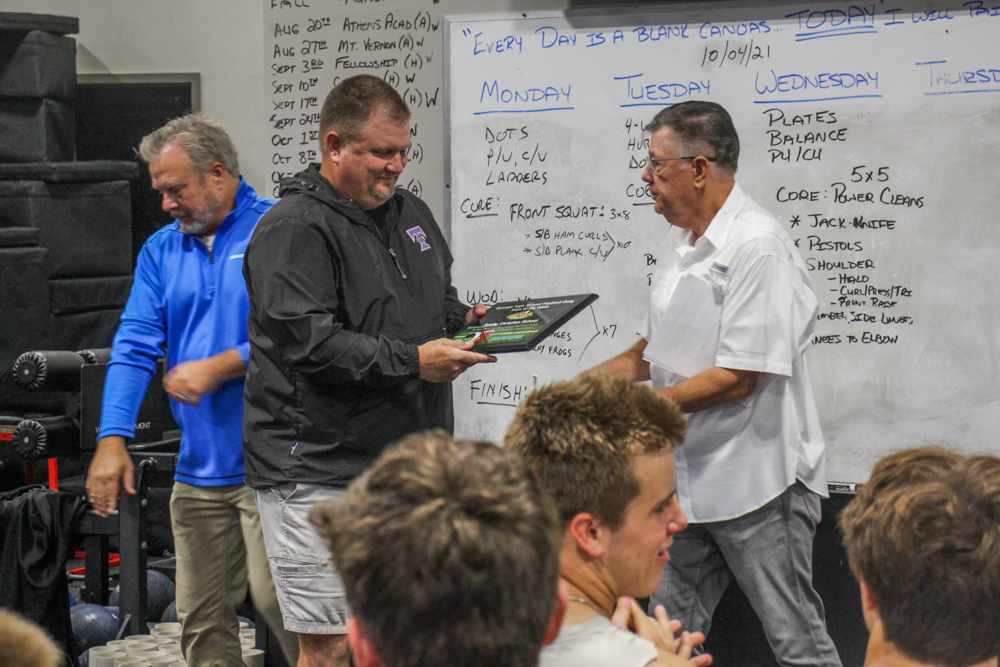