Elderly man unable to call for help because of NuLink outage

Empowered 4 Life to raise money for Manna From Above

Children’s COVID vaccine, maybe coming soon to a physician near you

Newnan could start getting damaged property owners to get fixing

The Newnan Salvation Army Service center opened its doors 25 years ago on Sept. 12, 1996.


But the drive to bring a Salvation Army center to Newnan began several years before, and it took the work, cooperation and donations of many people to make it a reality.

Retired Salvation Army Maj. Jack Butler told the story of the beginning of the service centers in Newnan and around the state at Thursday's Salvation Army Advisory Committee meeting.

In the 1980s, the Salvation Army in Georgia had corps – units that were churches and provided various services – and its thrift stores, known as family stores. There were also service units, made up of volunteers. At the time, Butler was the service extension director. Those service units didn't have staff or facilities, but there were volunteers who did the work of the Salvation Army.

There was a single service center in Elberton; it had been a corps, but that closed because of lack of funding. A store and a social services office remained. That service center was used as a model for service centers opened around the state.

The foundation gave the Salvation Army $200,000 for each service center. That wasn't enough to build one from scratch, so local communities did significant fundraising to get the projects going. Communities were told that if they were interested, the Salvation Army would partner with them.

In Coweta, the story goes, Bill Loftin, Don Phillips and Doug Cantrell were working on the Franklin Graham Crusade, which was happening at East Coweta High School. Riding together in a car one day, they got to talking about the good work of the Salvation Army and wondering why there wasn't one in Newnan.

They decided to see what they could do to bring the Salvation Army to Coweta.

Filling a need in the growing community

"At the time, there was a real, sincere need for it in the community," said Phillips. "And we knew that this community was going to grow. With the growth, we needed a program like that."

People in Newnan liked the idea of the partnership with the Salvation Army and the foundation, Butler said.

"It only started because of people like you in this community," Butler said.

Local supporters started raising money, and they found a tract of land on Jefferson Street.

Coweta County Commissioner and former County Administrator Vernon "Mutt" Hunter was involved in the early founding and helped with many technical aspects of getting the building built.

Doug Cantrell recalled being invited to get involved by Bette Hickman, who was the only female advisory council member for many years, and is the only founding member still serving. Winston Skinner is the second longest-serving board member.

Cantrell said he knew the Salvation Army was an honest organization and a Christian one, and he wanted to be a part of it.

Then two ladies came up to one of the organizers at church and asked how the fundraising was going. He told them they had almost raised everything they needed. The two ladies said they wanted to give the final $50,000 – anonymously.

"It came together and we built it and opened it, and it's been a wonderful organization ever since," Cantrell said. "It was a wonderful experience. We had a time where we had mothers with children camping out on the front porch, and we were able to give them a place to stay and warm clothes and blankets.

"It's just a great organization, and I recommend it highly for anyone who gives to nonprofits."

Plans for the expansion

A few years later, the adjoining lot was purchased with hopes to expand the current facility.

Future plans would double the current square footage, increase the retail space and food pantry, create community space and a client resource center, according to Newnan Service Center Director Heather Creech. The entire project will cost about $3 million. The Salvation Army believes in raising money up front for projects, Creech said, and there will be a capital campaign in the future.

By Coweta, for Coweta

While local service centers are supported by the Salvation Army headquarters, the money to operate the center is raised locally – “and the money raised here, stays here,” said Hickman.

The Salvation Army is best known for its Red Kettle bell ringers outside stores during the Christmas season, and the Red Kettle Campaign is the major fundraiser for the year.

The Salvation Army Newnan Service Center has a thrift store and food pantry, and helps with financial assistance including paying utility bills and helping people afford medication. People can receive vouchers for items from the store, including household items.

Disaster relief is a major part of what the Salvation Army does, and the "canteen" truck, filled with warm meals, is a fixture at disasters.

The Salvation Army lives on an army of volunteers who ring bells, respond to disasters and help with the large and small needs of the organization.

The Red Kettle Campaign will kick off in late November, and volunteer bell ringers are needed, Creech said. Bell ringers can choose from 10 locations and ring in two-hour shifts.

The Angel Tree, which provides Christmas gifts to local children, is a major project of the local service center. Families sign up for the gifts, and sign ups have already begun. Different individuals and groups purchase the items off the children's Christmas lists.

Hickman said she has always felt a personal connection to the Salvation Army. Her father was shot down in World War II and was a prisoner of war for 17 months. When he was released, it was the Salvation Army that helped him.

Advisory Committee member Samuel Levie shared what the Salvation Army meant to him. As a Jewish child during World War II, he was hidden by a Catholic family for two years before being reunited with his family.

Hickman said one of the things she loves the most about the organization is "there has never been any blemish on their reputation. They do and say who they are. And even though they are a Christian organization, they turn no one away. I always felt that if there is one board I would stay on, it's the Salvation Army."

Over the years, "there have been a great many really special people in our community who have served on the board," said Hickman. 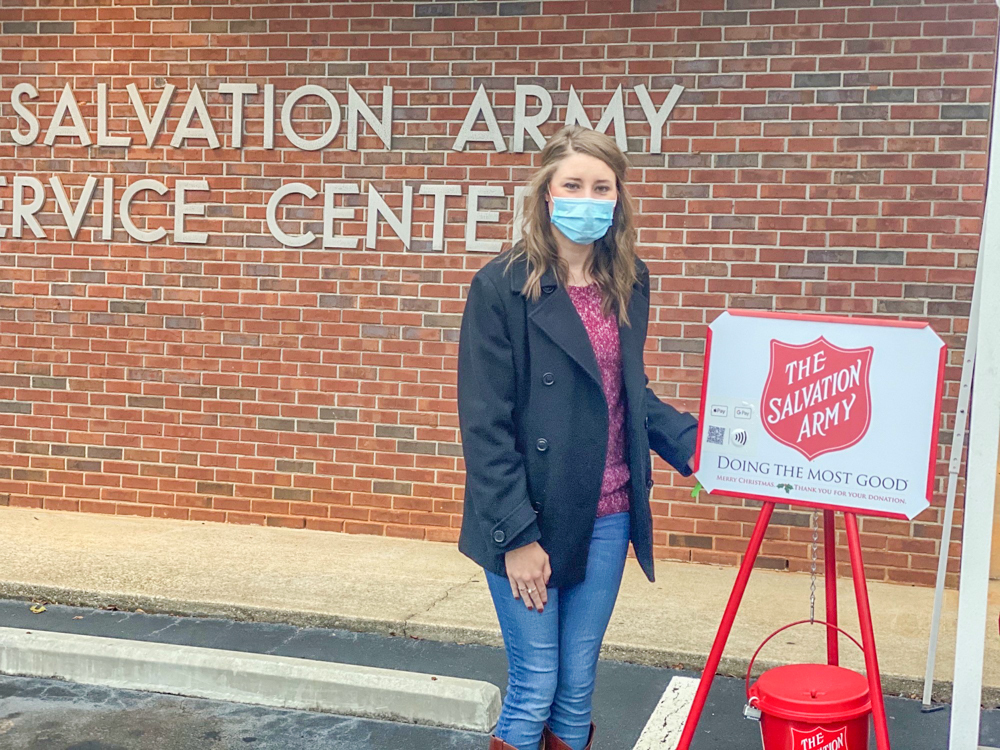 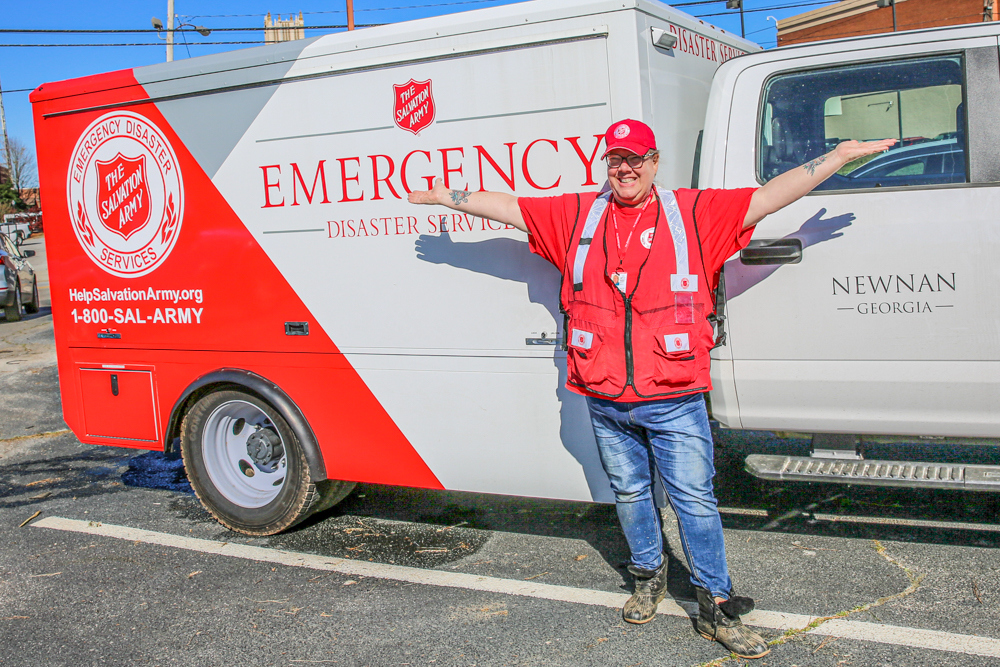 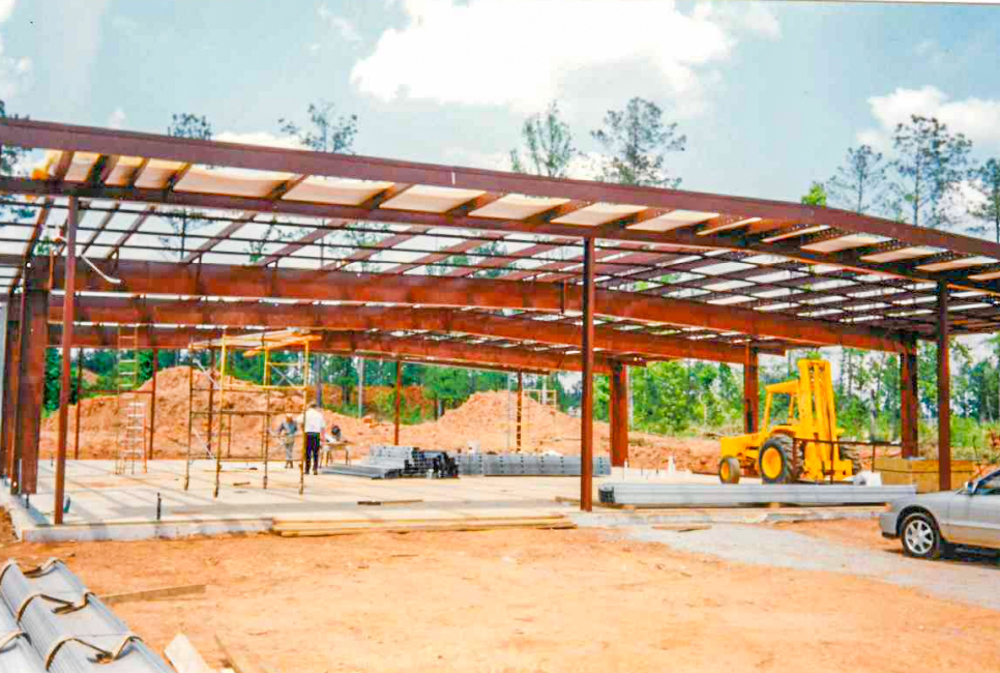