No letdown as Trinity Christian rolls 63-14

After their win last week against Eagles Landing Christian Academy, the possibility of a letdown was in the back of everyone's mind.


After accepting their Georgia High School Daily Team-of-the-Week award on Wednesday, Head Coach Kenny Dallas reminded their team to “keep their eyes on what is important.”

Trinity Christian welcomed the Whitefield Academy Wolfpack to play for the third time in the last 12 games.

After a slow start by the Lions standards, the team relied on their multiple offensive weapons to dispel the letdown notion. They scored four unanswered touchdowns in the third quarter en route to a 63-14 victory. The win improved the Lions to 7-0 and maintained their top ranking in Single-A Private.

From the beginning, Trinity Christian's defensive game plan focused on containing Wolfpack running back Caleb LaVallee. He had had 188 yards rushing in their win last week, but the swarming Lions defense completely shut him down.

After the Wolfpack forced a three-and-out and a turnover, the Lions' offense came alive. Starting from their own 20, they drove quickly downfield and scored their first touchdown of the game on a 5-yard pass from David Dallas to Bryce Wilcox.

Whitefield Academy changed it up on their next possession when Ayden Duncanson replaced starting quarterback Cole Peterson. Duncanson started the game at wide receiver but added a new dimension to the Wolfpack offense and strung together a couple of first downs.

He tied the game at 7-7 when he found receiver Cooper Craig for a 22-yard touchdown pass at the beginning of the second quarter.

From there, the physicality of the Lions took control of the game. Several Wolfpack players were injured, and the attrition played against them.

The Trinity Christian offensive line exerted their authority, and the power running game took its toll. Lane Werling and Dominick Cosper both had rushing touchdowns.

David Dallas found Aaron Gates for a touchdown pass at the end of the second quarter to give Trinity Christian a 28-7 lead going into the locker room.

The Lions imposed their will in the third quarter; they scored on four of their possessions. Wilcox caught two more, Josh Dallas caught a 16-yard touchdown pass, and Tyson Wall had a tough 3-yard run to paydirt.

The Josh Dallas catch was memorable in that he earlier caught an apparent touchdown that the back judge official ruled out. After catching the ball in the back-left corner of the endzone, Josh ran to the earlier spot and did a quick recreation of his initial overruled catch.

Werling added a final Trinity Christian touchdown with a 2-yard run with a running clock in the fourth quarter.

Austin Morrow led the second-team defense with an interception late in the game.

It was a special game for quarterback David Dallas. Last season, he was injured against Whitefield Academy when a defensive lineman rolled up on him on the sideline and forced him to miss three games. He finished the game 22-for-27 for 421 yards and five touchdowns.

Wilcox and Gates were his favorite targets. They combined for 12 catches for 267 yards.

The defense played aggressively all night. They registered eight tackles for loss and four sacks. Shawn Braxton was particularly adept and finding his way into the Wolfpack backfield.

With their win over the Wolfpack, the Lions get a much-deserved week off. They finished off the non-region portion of their schedule with wins over four of the top Single-A Private teams in the state, Athens Academy, Fellowship Christian, ELCA and Whitefield Academy.

On the horizon is their three-game region schedule, including Brookstone, Heritage and St. Anne Pacelli. 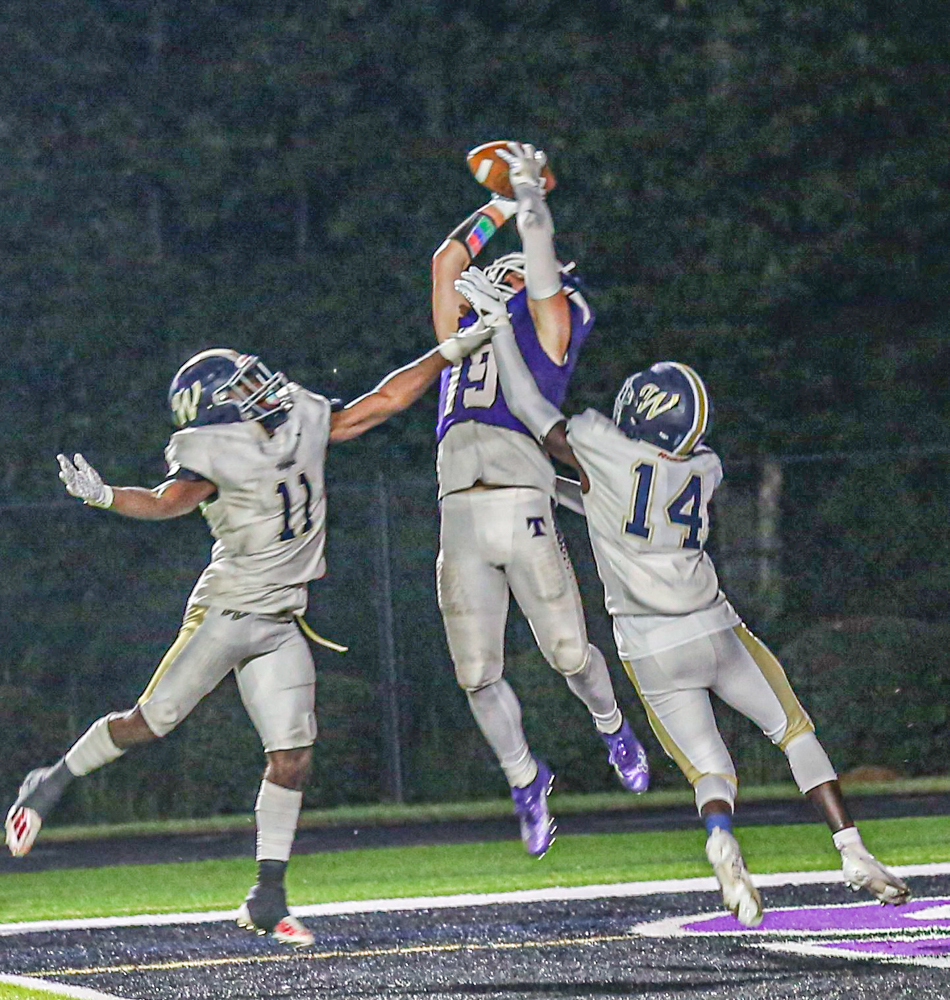 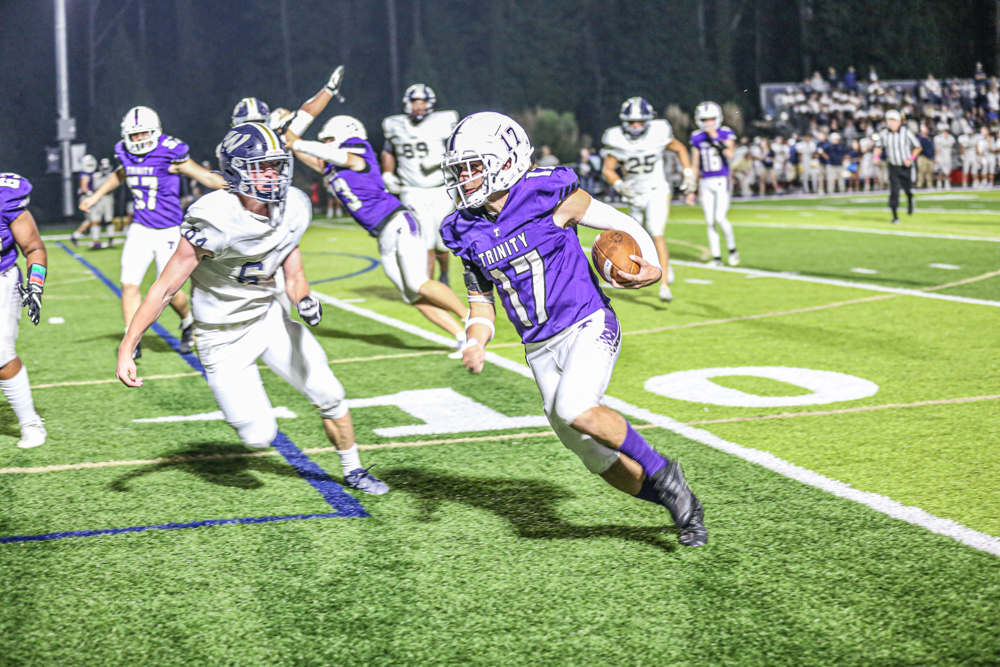 Lane Werling had two rushing touchdowns for the Lions. 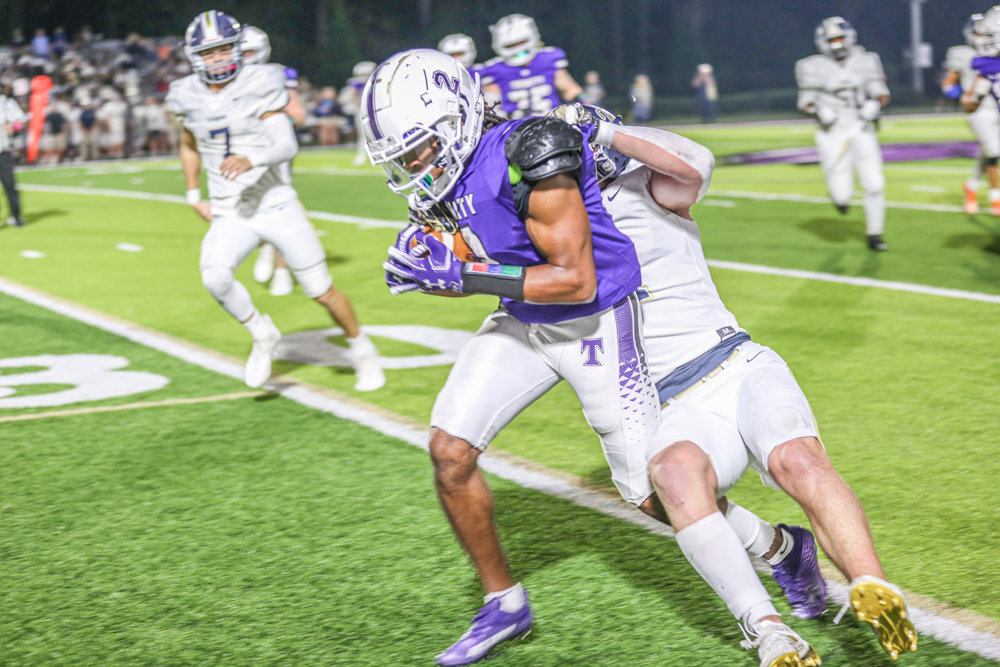 Dominick Cosper led the Lion running attack with 116 yards rushing on 18 carries and a touchdown. 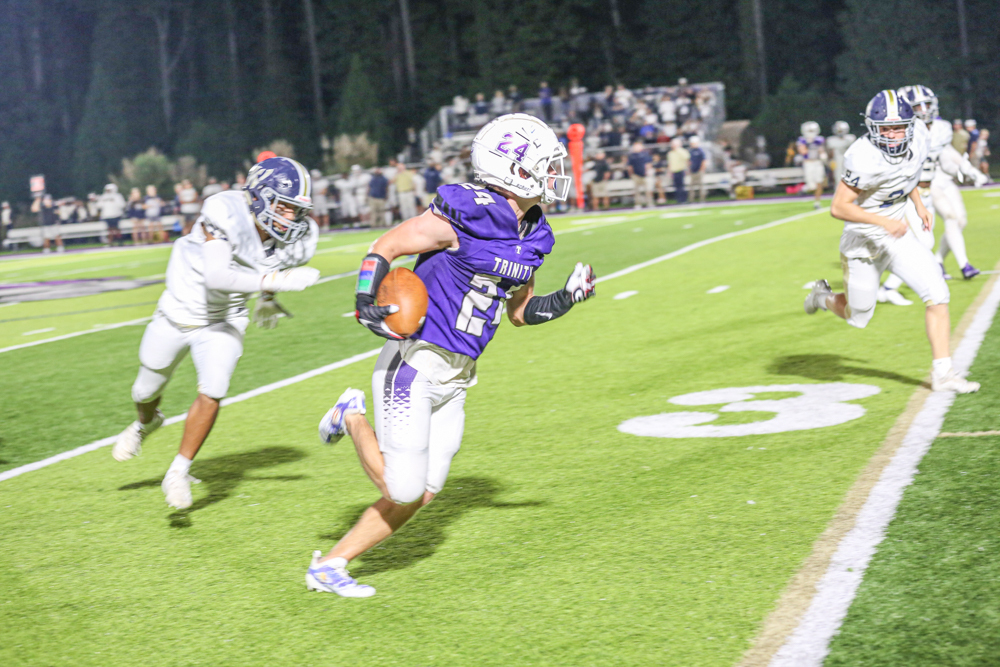 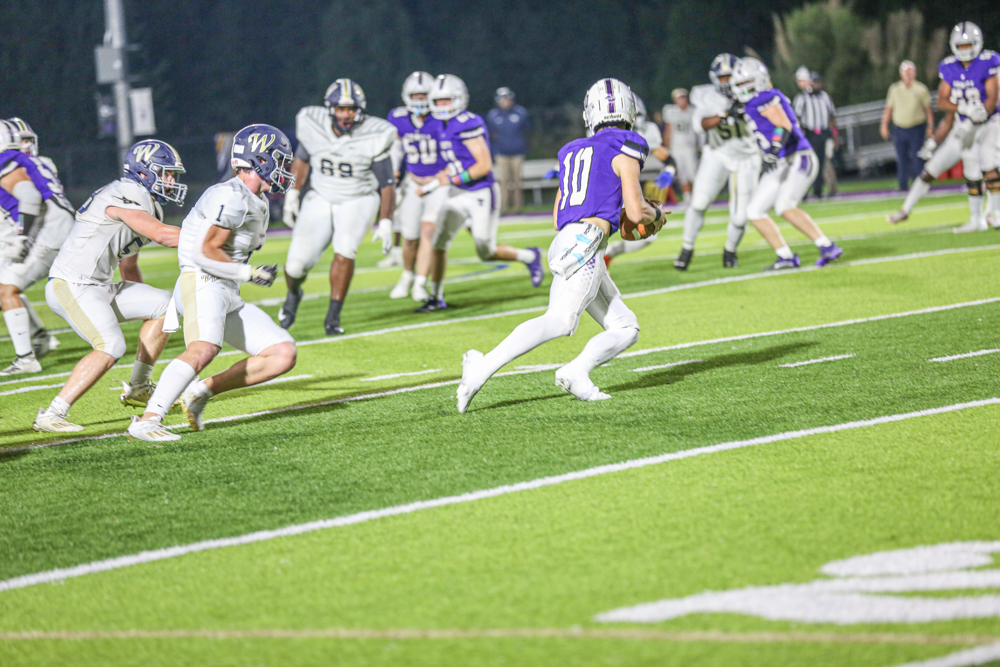 Quarterback David Dallas completed 22-for-27 for 421 yards and five touchdowns.