The region softball playoffs may have been washed out last week; it is full speed ahead with the first round of the Georgia High School Association state playoffs. The championship playoff format returned to normal after a slight change last season to limit crowd size.


The final eight in each classification are invited to Columbus for the Championship tournament. It will take two series wins for a team to make that trip.

Four teams start the journey this week. Here is a preview of their first-round opponents and how the bracket sets up.

Head Coach Franklin DeLoach and the Lady Indians start their road to repeat as the Class 7A state champion on Wednesday night when they host Brookwood, the fourth seed from Region 4-7A.

The Lady Broncos lost their last four games in a row, including a 9-3 loss to Newton last week that put them in the four spot.

The two teams have one common opponent. The Lady Indians defeated Parkview, while Brookwood lost two of three.

Brookwood is led by junior Thalia Martin, the 15th ranked player in the nation by Extra Innings.

While Brookwood lost the last four games of their season, the Lady Rams finished strong with three games in a row to finish third in Region 4-7A. That helped them avoid facing the defending state champions in the first round.

The Lady Rams have a top starting pitcher in senior Hayden Pearson. She was named The Covington News 2020 pitcher of the year as a junior.

Both Newton County and Newnan played and defeated Ola this season.

The winner of this series gets a probable tough second-round matchup against the 2020 state runner-up North Gwinnett Lady Bulldogs (22-5).

Playing in the most challenging region in Class 5A can be good and bad.

The good is that the Lady Vikings have played tough competition and faced top pitching almost every game. The bad occurred when an excellent team like Northgate got the fourth seed.

The Lady Vikings are built for the playoffs with their top-tier pitching combination of Olivia Cato and Kyra Aycock.

The Lady Greyhounds are the champions from Region 4-5A. They had a surprising loss to Ola in their last game, which was also their only region defeat.

Jones County will rely on their pair of talented starters, Destin Howard and Shayla Pennington.

If the Lady Vikings can defeat the top-seeded Greyhounds, they will face the winner of the Walnut Grove (21-9)/Chapel Hill series (7-8).

They earned a first-round home playoff series against Whitefield Academy.

The two teams played back on Sept. 16. Kayden Harrison earned the 13-5 Lady Lion victory from the circle and drove in five runs.

The winner of this series will face the George Walton Academy Lady Bulldogs (17-4). 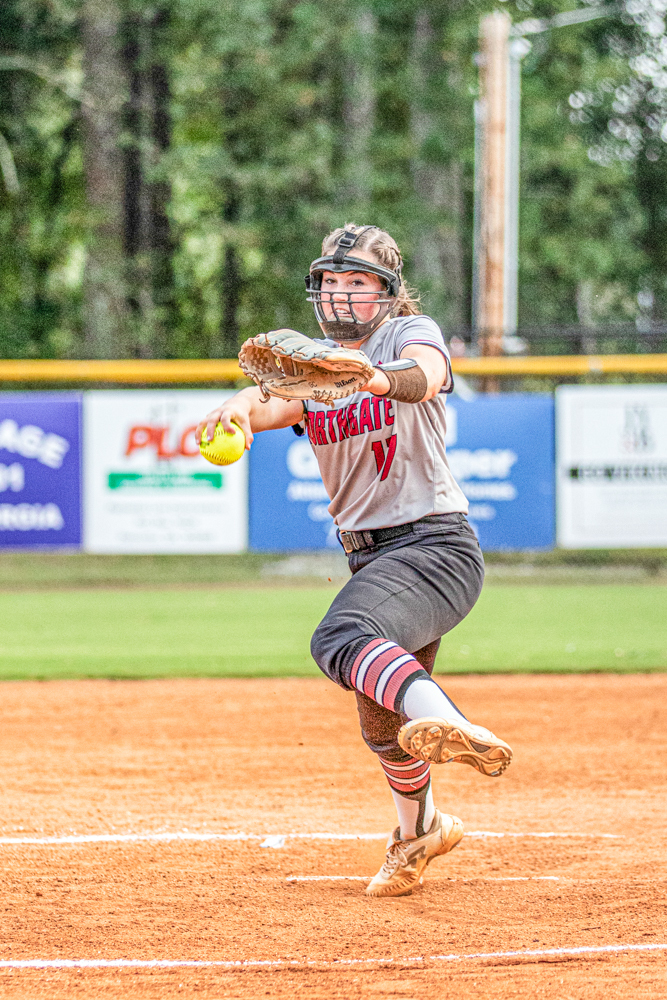 Olivia Cato and the Lady Vikings travel to Jones County for their first-round playoff series. 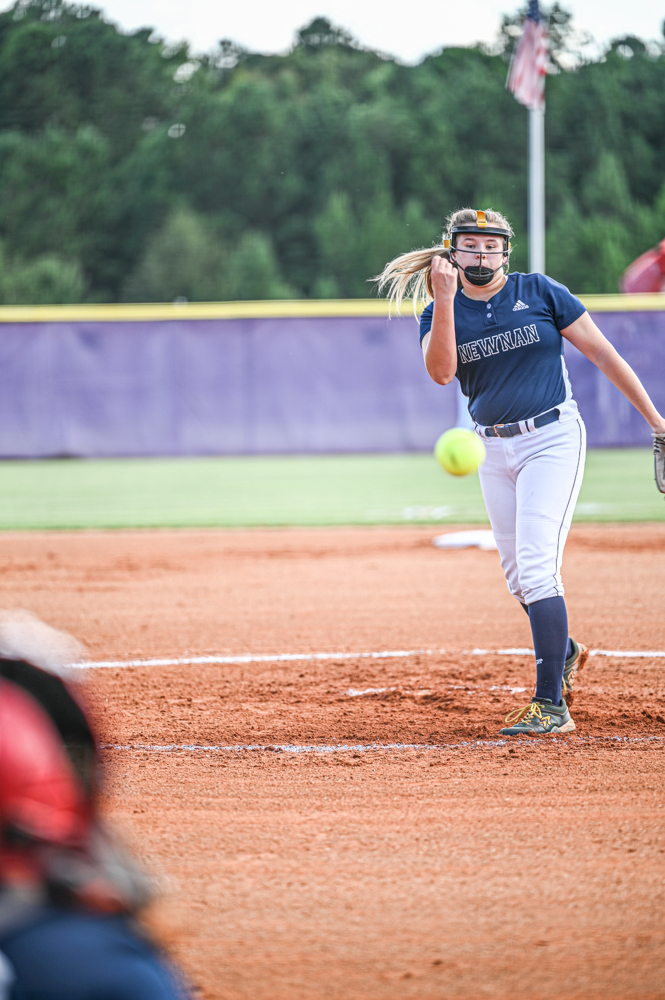 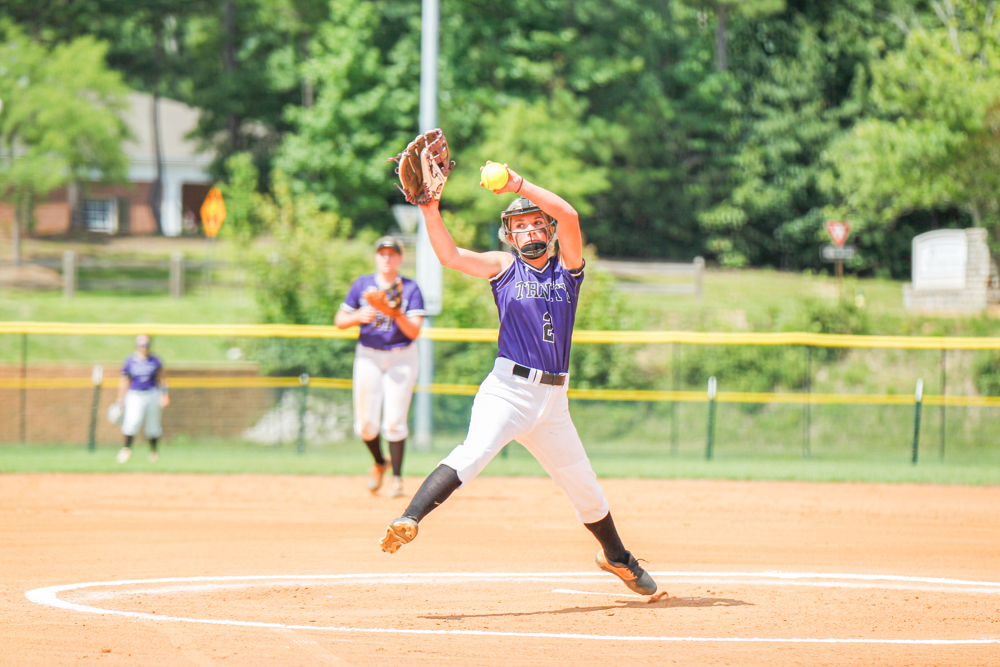 Kaylee Croft and the Lady Lions open with a playoff series at home against Whitefield Academy. 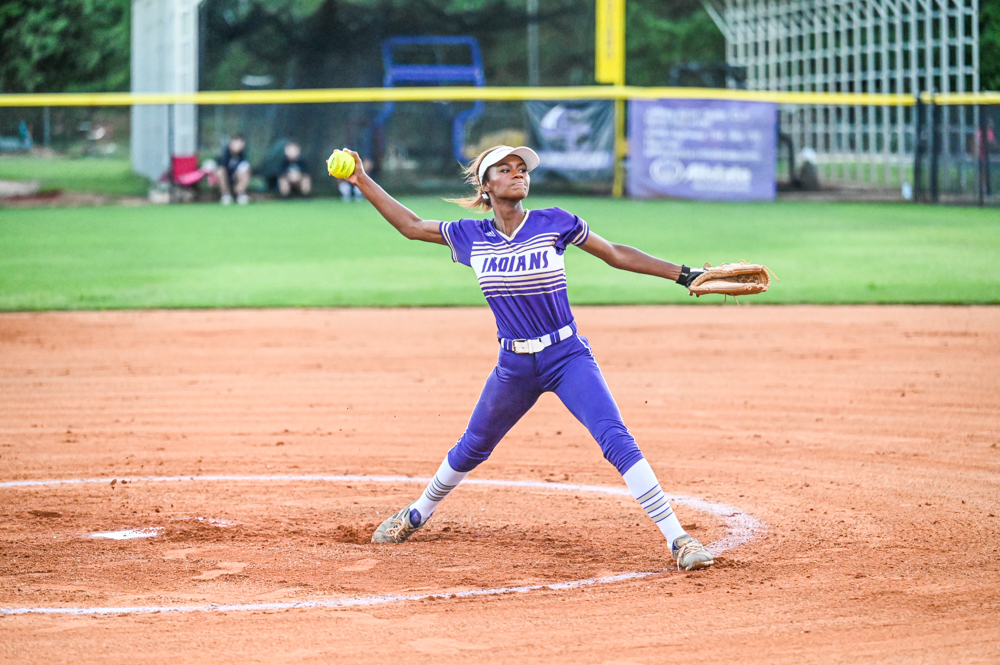 East Coweta begins the road to repeat by Jaliyah Holmes against Brookwood.