At East Coweta’s McKnight Field, the Indians Terrance Webster and Tavaris Ingram both scored touchdowns in the Indians' 16-6 victory over Arnall Middle School. Lathan Gibby filled in at quarterback and completed 3-of-6 passes to Webster, YaMarion Hamilton, and Robert Conrad.

On a positive note, for Blake Bass, they did score for the first time of the season on a Bradley Vanderwater touchdown.

The undefeated Madras Eagles had the week off.

This week, Madras will host Arnall, Blake Bass will be at Evans, and Smokey Road goes to Lee. 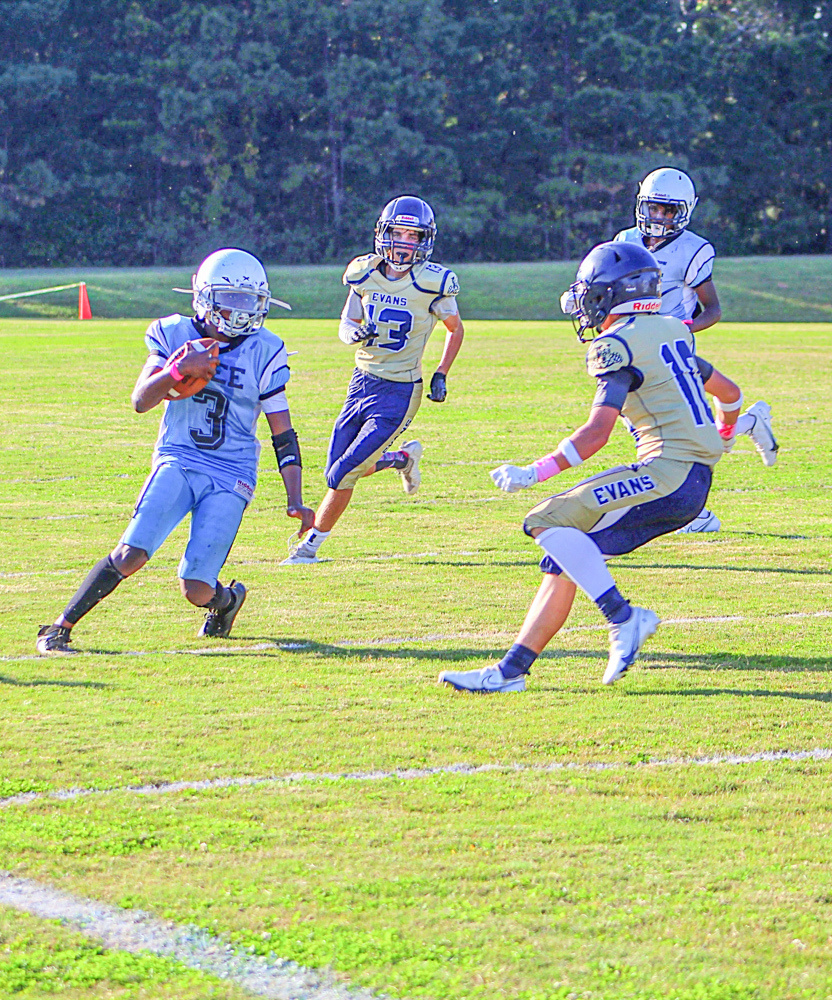 Lee running back Austin Nunez (#3) tries to get to the outside of Evans defender Porter Child (#10). (Photo by Kristy Rodgers) 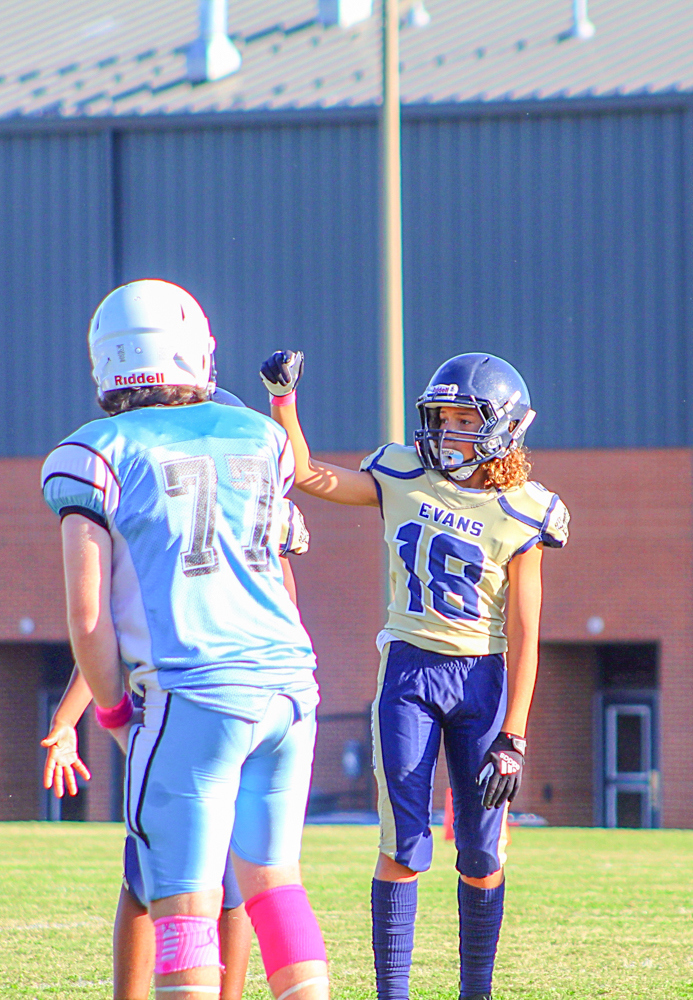 Wideout Nathan Brown (#18) and Lee defensive lineman Carson King (#77) lining up for the next snap. Photo by Kristy Rodgers 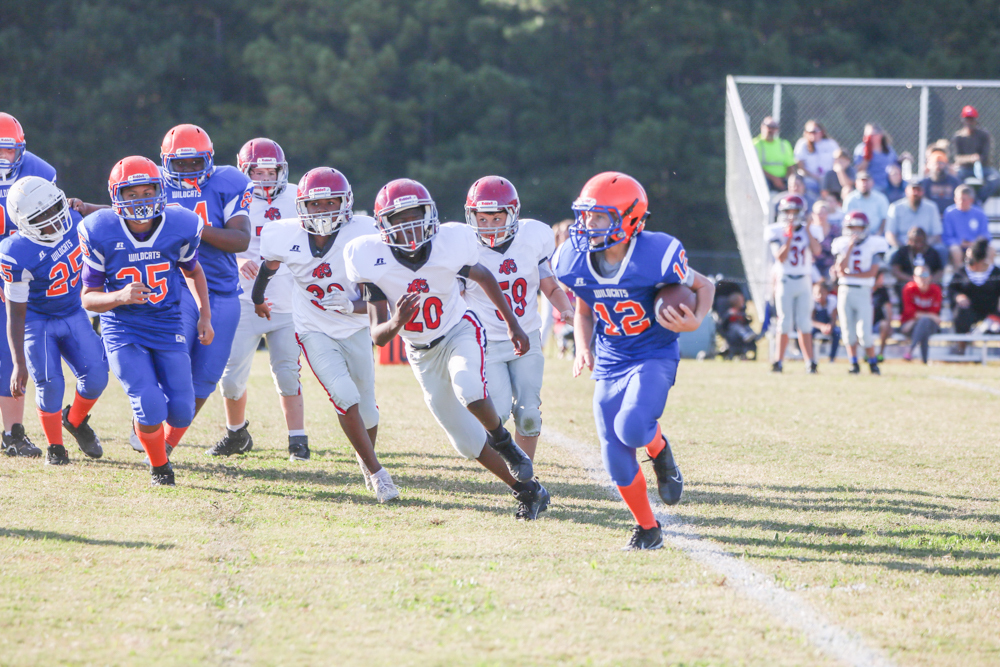 Smokey Road’s Braden Hill gets to the outside of the Bass defense. Photo by Greg Keith 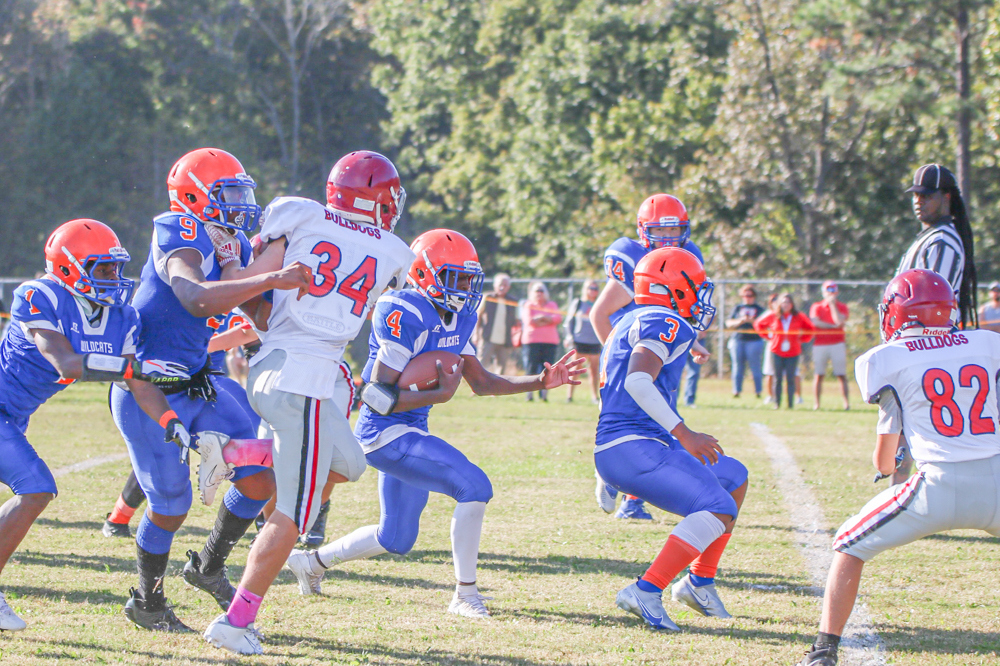 Taydin Florence (#4) maneuvers through traffic in the middle of the field against Blake Bass. The Bulldogs got their first touchdown of the season from Bradley Vanderwater (#34). Photo by Greg Keith 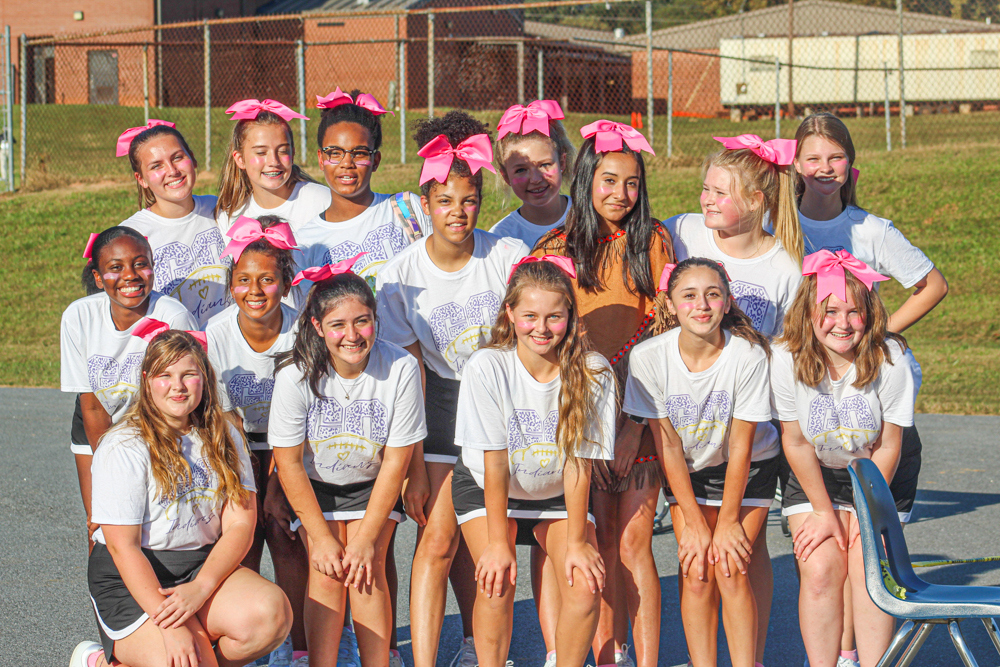 The East Coweta Middle School cheerleaders dressed for their Pink Out game against Arnall. 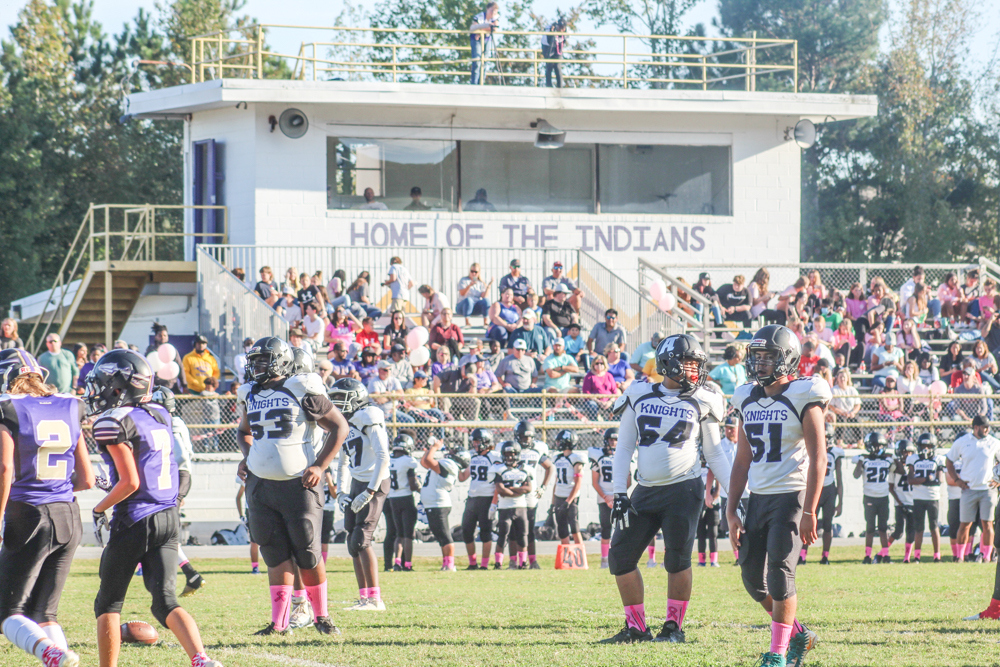 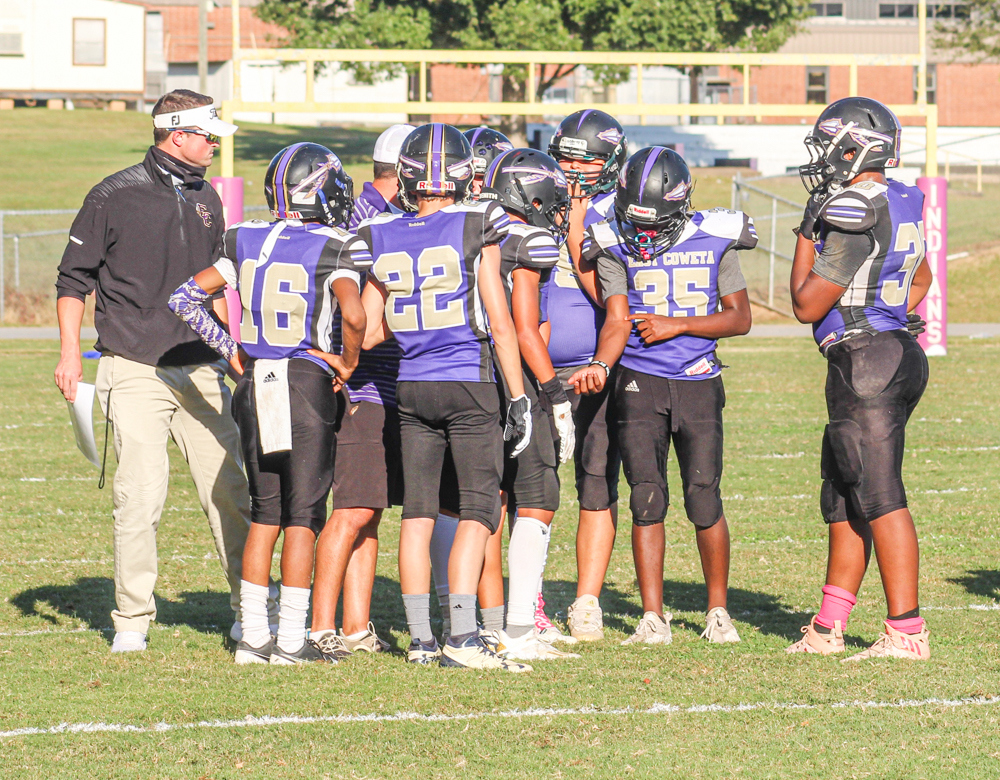 The East Coweta Indians got a 16-6 over Arnall to improve to 3-1 on the season.