Crusaders cruise after a big first half

After dropping a couple of heartbreakers back-to-back, the Central Christian Crusaders took out their frustrations on the Fullington Academy Trojans Friday night with a 38-8 victory.

Unlike their previous opponents, the Trojans fielded a similar roster size as the Crusaders.

Despite being outmanned in their first four games, Central Christian scored all 38 points in the first half, and they were hot from the start. Quarterback Cody Earle found receiver David Hayden for a 65-yard pass play on their first play from scrimmage.

The Crusaders defense fed off the energy created by the opening score from the offensive unit. Central Christian forced a Trojans three-and-out and followed that with an interception by Earle from his linebacker spot. On the play, Earle made an athletic move to his right and slid to garner the turnover.

After the interception, Head Coach Paul Frantz and his offense reestablished dominance at the line of scrimmage. They executed the inside running game to perfection. The running game lulled the Trojans defense into a run-oriented mindset. That led to a 27-yard play-action pass from Earle to Bolden to put the Crusaders deep in Trojans territory.

Bolden muscled his way into the endzone for his second touchdown of the night after consecutive run plays.

With the Trojans down two scores eight minutes into the game, they answered with an 88-yard touchdown on the kickoff return. Fullington Head Coach Stacey Harden elected to go for the two-point conversion, and the Trojans pulled to within four, 12-8.

The kickoff return touchdown was the only blemish against the Crusader defense. From there, they created three turnovers: two fumbles and an interception.

Coach Frantz said of the game afterward, "We finally ran into someone in the same situation with us, 14 kids versus 14 kids, and I'd put my 14 up against anybody. We have played teams with 25 players and only lost by two. Don't come in here with 14."

The win improved the Crusaders' record to 2-3, with undefeated Harvester Christian up next after a bye week.

Coach Frantz concluded, "I told them from here on out, we're going to have the odds stacked against us. They have to understand what we did tonight, we can do to anybody. We have to come in, put in the work." 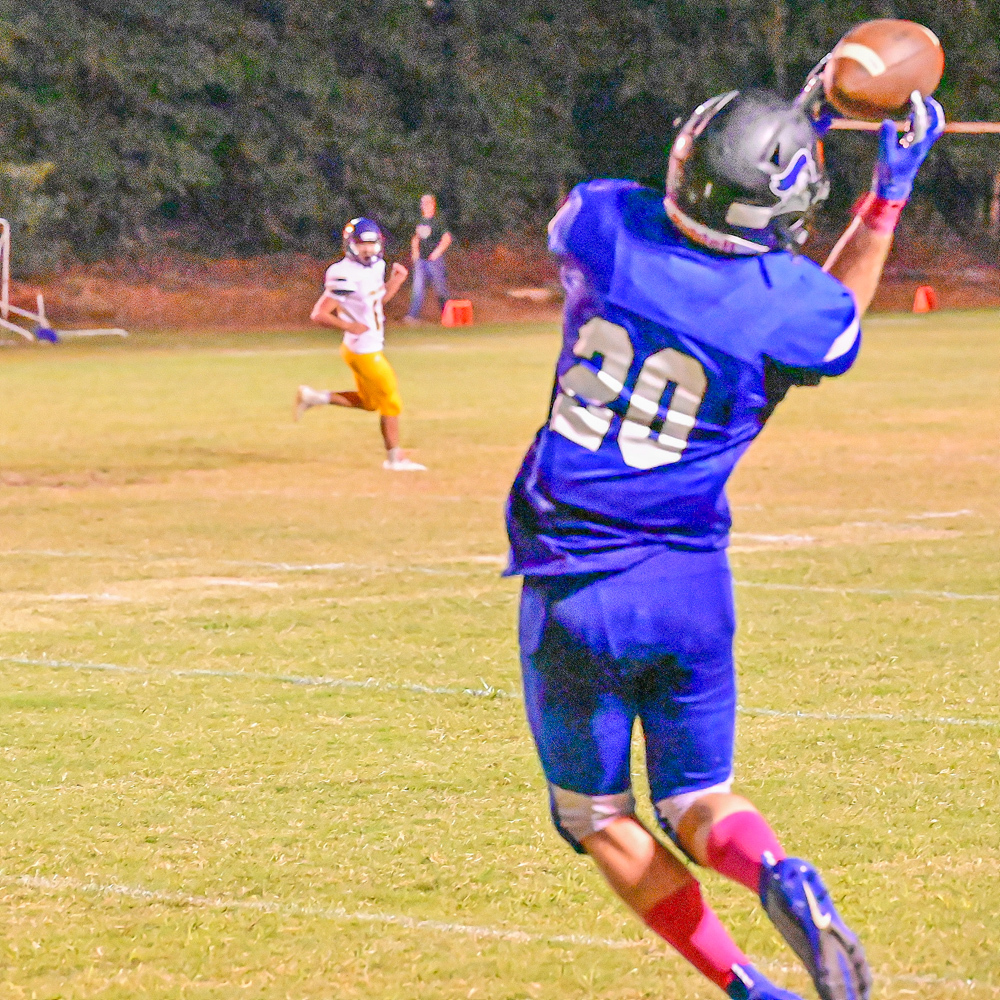 Crusaders running back Eli Rivers makes a catch of a Cody Earle pass in the second half. 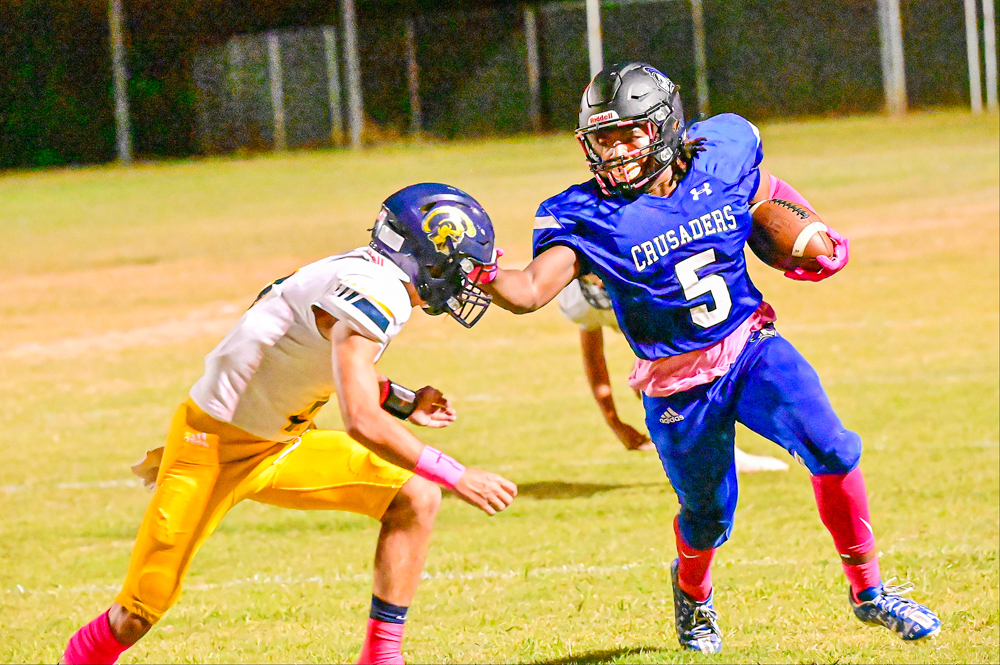 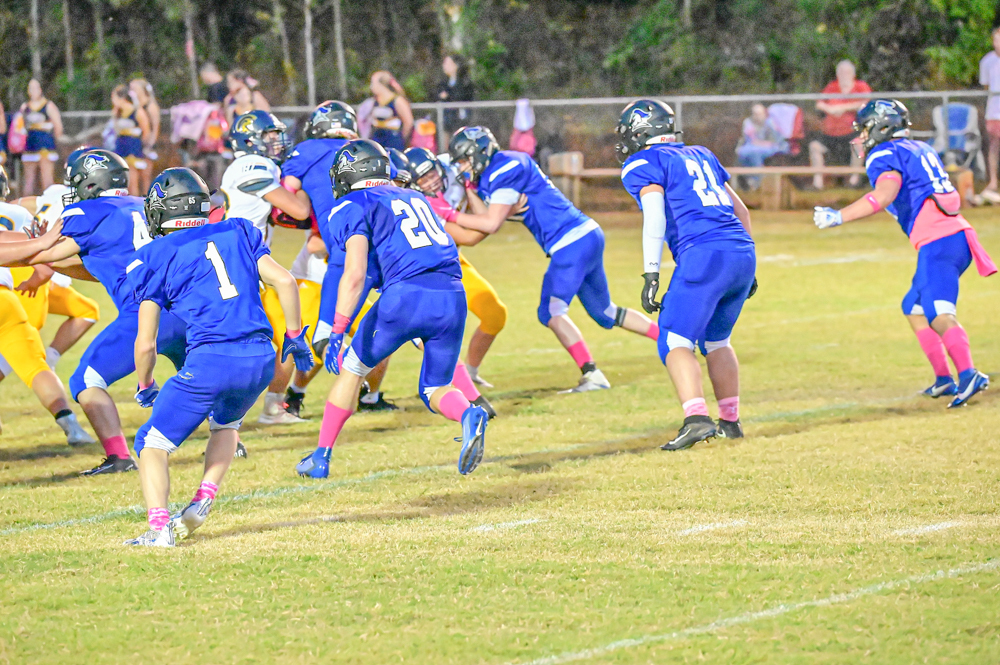 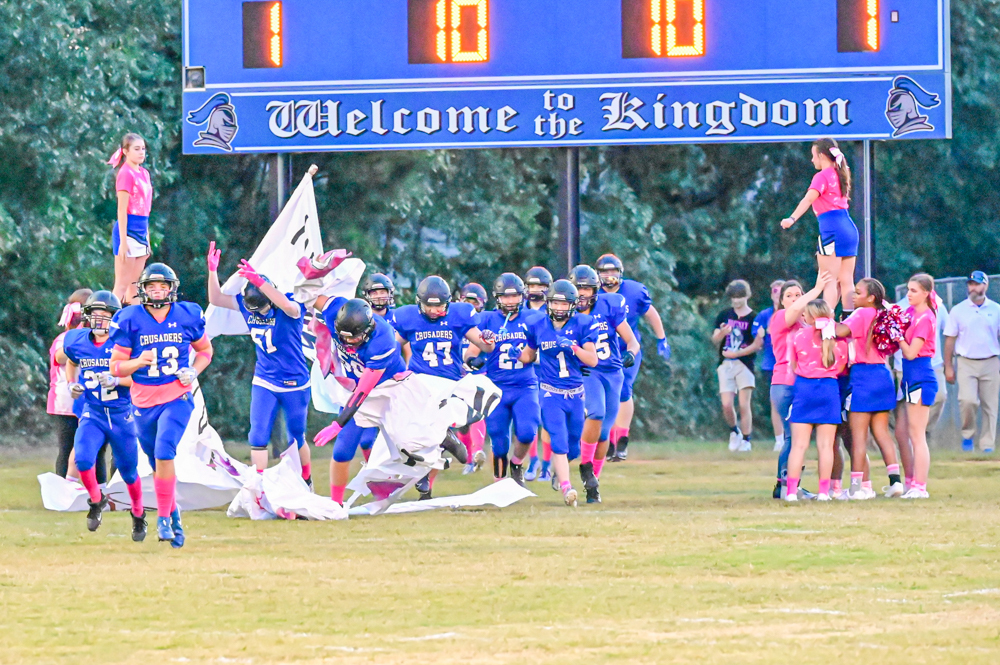 Central Christian has a bye week to prepare for Harvester Christian. 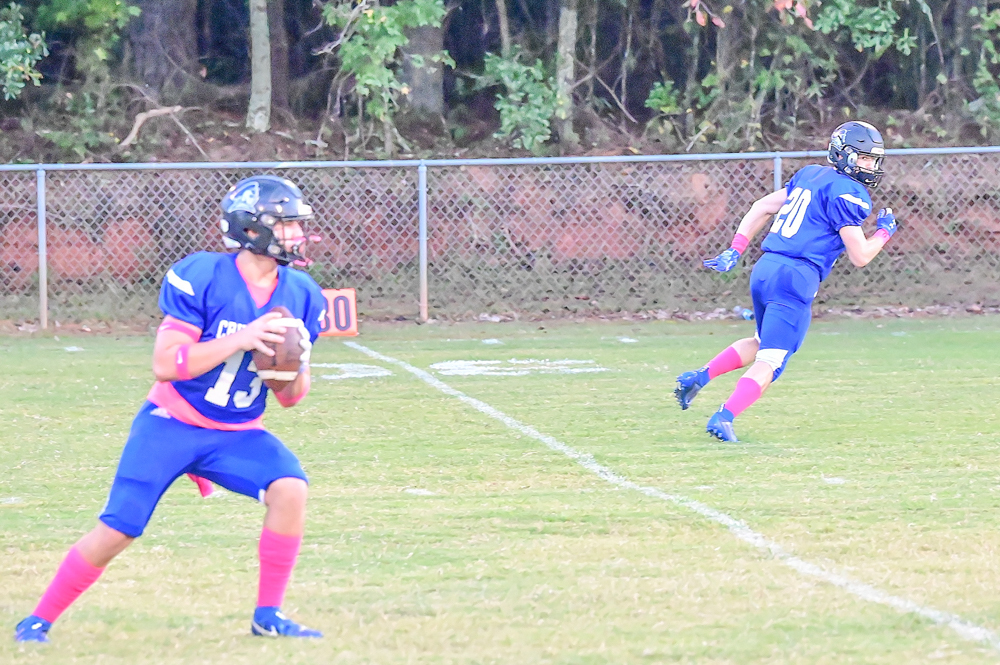 Quarterback Cody Earle drops back to find David Hayden for a 65-yard pass on the Crusaders opening drive.