Football coaches always talk about taking their program to the next level.

Last season, the Trinity Lions took their play to the next level in the state playoff quarterfinals. Against the heavily favored Fellowship Paladins, the Lions scored first-quarter points on the way to a 41-27 rout.

The teams met on the same field Friday night at Trinity Christian, and the Lions left a clear impression they were still the top team in Class-A Private with a 56-20 victory.

It was their third consecutive game with more than 50 points scored, and two of those were against top-five programs in Fellowship Christian and Athens Academy.

While the Lions brought almost the entire roster from last year's game, Fellowship lost much production and leadership to graduation. For the Paladins, Josh Cole and Kyle Elphick played in the December playoff game and this one, and they both had significant roles early.

The game got off to a rocky start for the top-ranked Lions. After they were penalized twice for illegal procedure penalties, quarterback David Dallas threw an uncharacteristic pick.

Paladins linebacker Elphick stepped in front of the pass on the Lions sideline for an interception. Fellowship scored a few plays later on a touchdown pass from Caleb McMickle to Cole, and the Lions trailed for the first time since the state championship game.

The Lions did not let their fans worry too long. They scored their first touchdown just two minutes later on the twin connection, David Dallas to his brother, Josh, for the 59-yard score and a 7-6 lead.

Things got a little easier from there. Dominick Cosper gashed the Paladins defenders for a 38-yard touchdown run, and the twin connection made another appearance; this one on a 23-yard touchdown pass that Josh took the ball and pinned just to the inside of the pylon for the score.

While the offense was back on track, Lion defenders Ethan McDowell and Shawn Braxton made tackles for losses that got the ball back to the Trinity offense.

Late in the second quarter, Bryce Wilcox had an interception, his second of the year, to set up a Tyson Wall 5-yard run to put the Lions up 28-6 at the half.

Trinity poured it on; they scored three touchdowns in the third quarter to put the game away.

Josh Dallas recorded his third score of the game, from his defensive safety position, on a 25-yard interception return. Wall scored his second rushing touchdown, and Bryce Wilcox caught a 39-yard touchdown pass from David Dallas.

Cosper added his second touchdown in the fourth quarter to close the game out. He led the Lions’ rushing attack with 115 yards rushing on 10 carries.

David Dallas finished with a 16-for-20 night for 295 yards and three touchdowns. Javan Harrison was the leading receiver with five catches. Josh Dallas had four catches for 101 yards.

Trinity Christian will host Claxton on Friday night. The two schools picked up a home-and-home series last year when their opponents had to cancel for COVID-19. The Lions won last year in a defensive battle, 6-3. 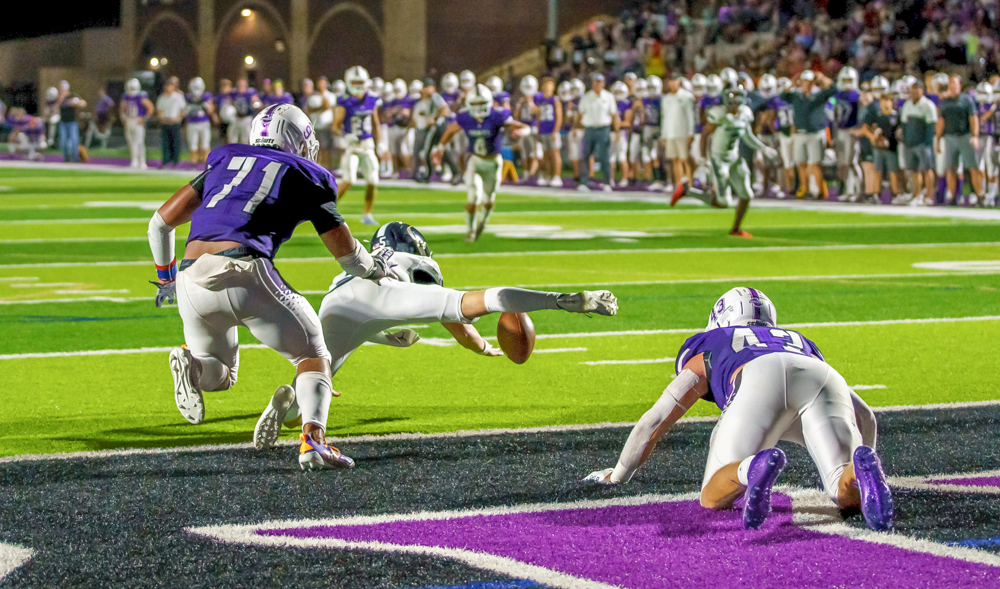 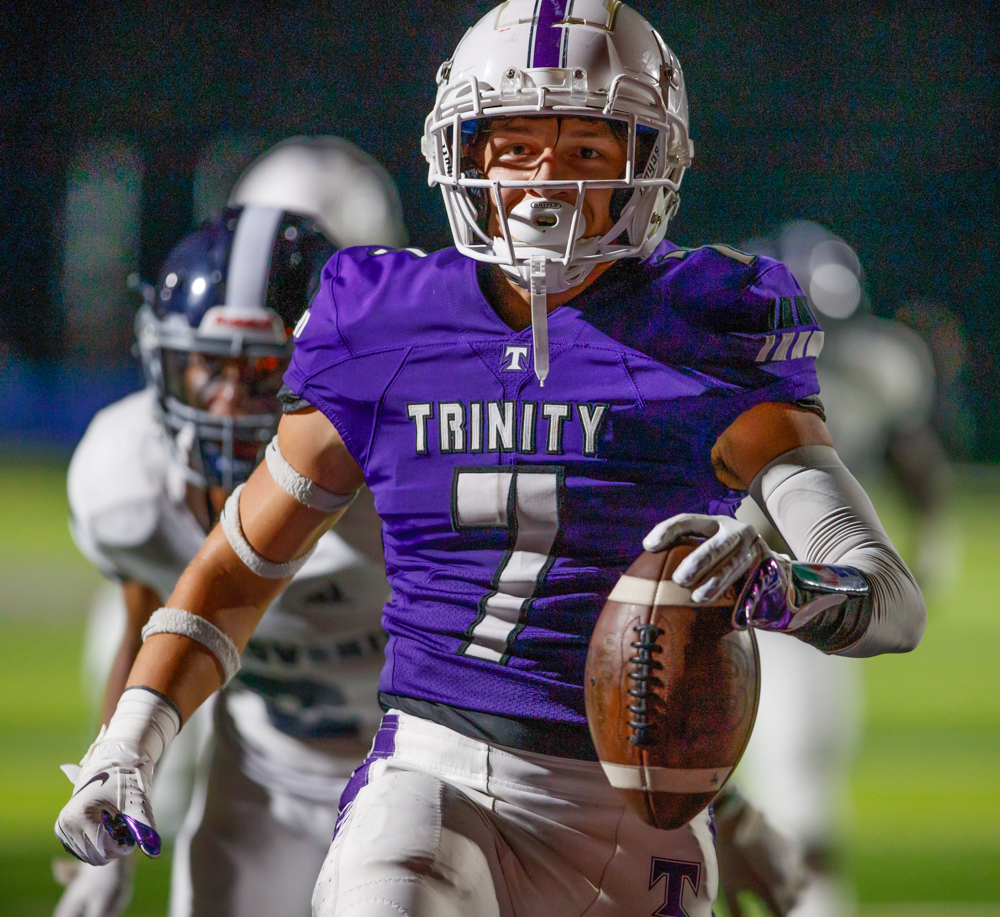 Tyson Wall with the second of his two touchdowns of the evening. (Chris Martin) 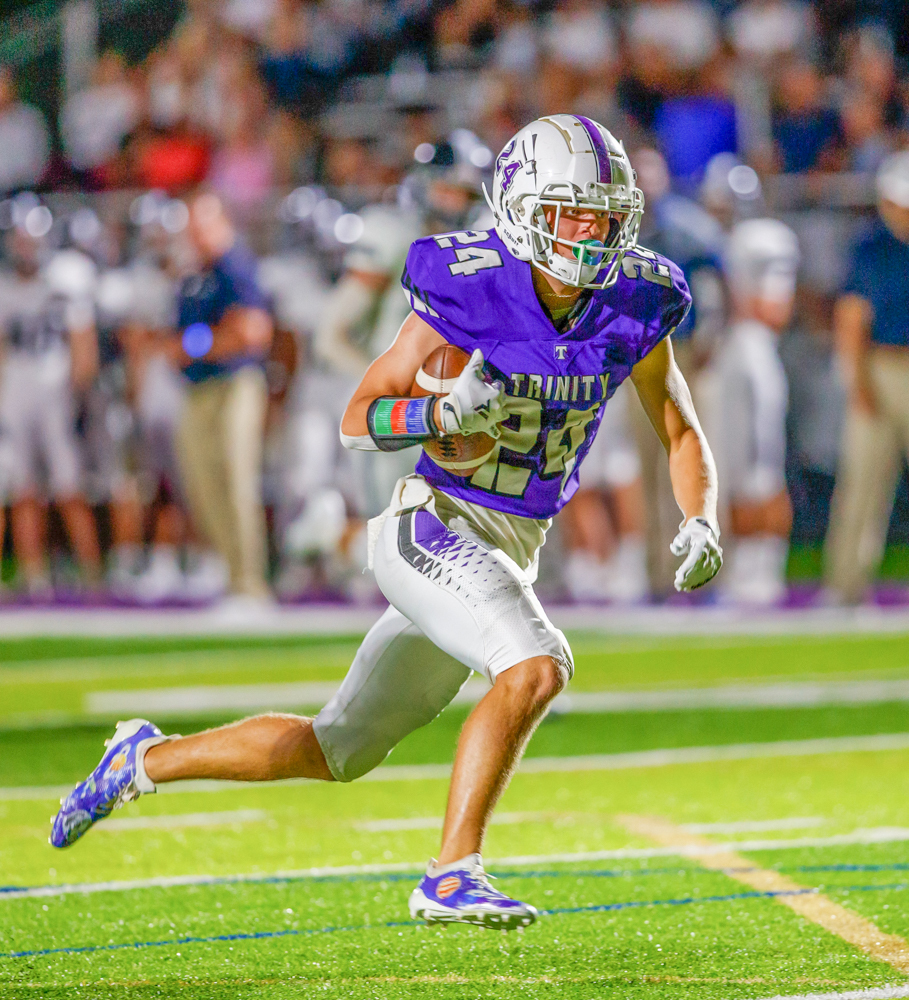 Bryce Wilcox on his way to a 39-yard touchdown catch from David Dallas. (Chris Martin) 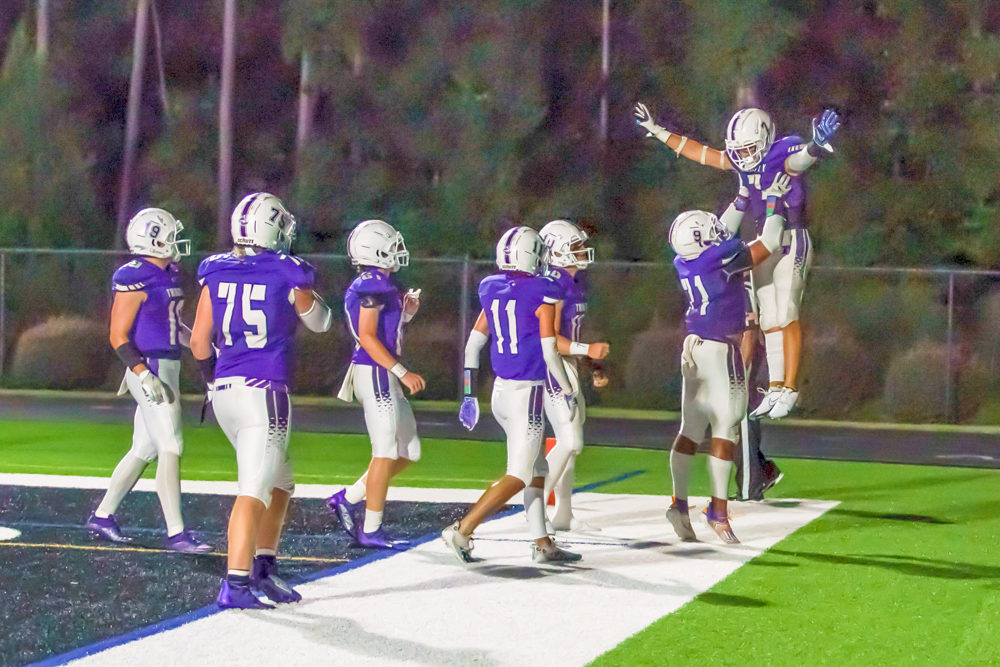 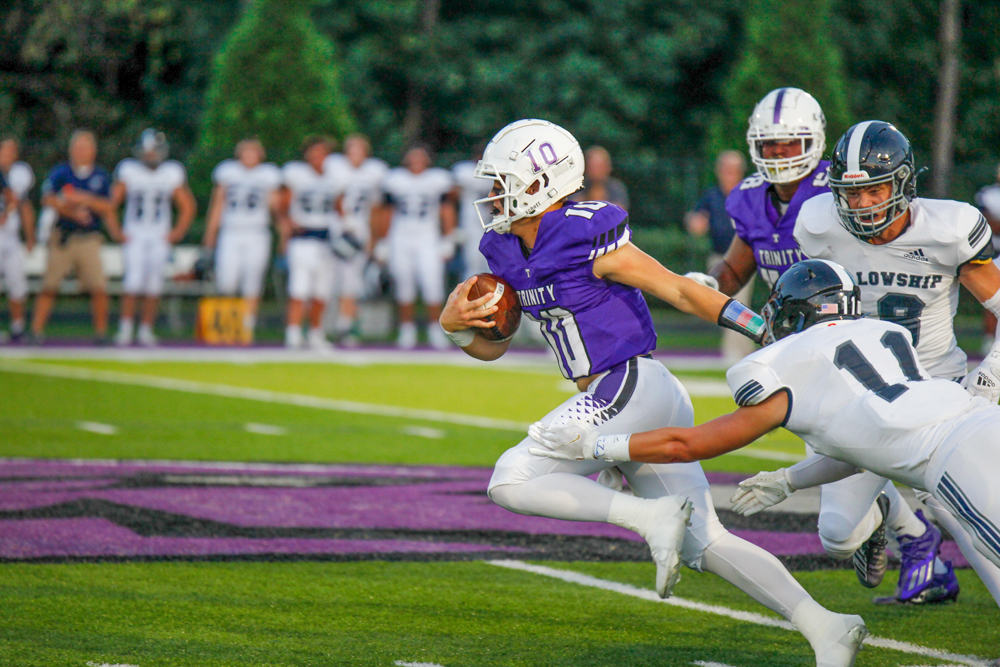 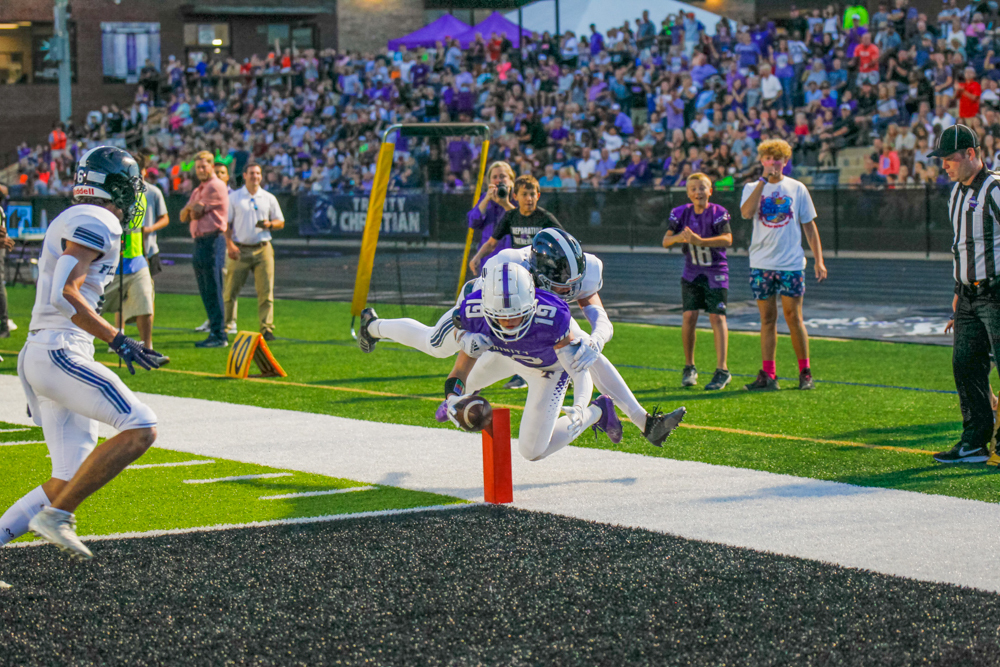 Josh Dallas scored three touchdowns, including this effort to pin the ball against the pylon as he scored. (Emily Walker) 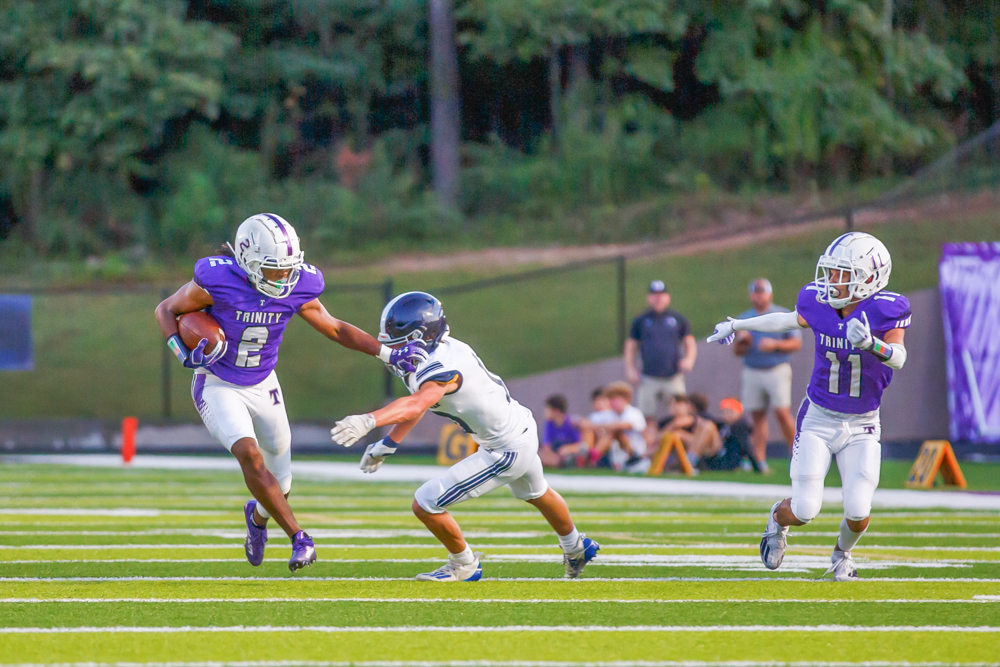