Special needs students, adults enjoy a day at the fair - and what a day!

Under perhaps the most perfect day this season, groups of special-needs children and adults took to the Coweta County Fairgrounds for an afternoon of fun and games at the Fair.


Groups from numerous schools across the county, as well as adult groups, were on hand for the event, where children and adults enjoyed various rides, such as the pirate ship, the fun slide and bumper cars, while others enjoyed a special show from Johnny Peers and the Muttville Comix, a circus-style dog show.

In addition, those asked were delighted about the perfect weather on Thursday, with temperatures topping out at the low 70s and not a cloud in the sky.

“My group was really excited, because it was supposed to happen Tuesday, and because of the weather, they moved it today,” said Rene Chestnut of Adults in Action, a Fayetteville-based group that, according to their Facebook page, serves special needs adults no longer in school. “They didn’t think they were going to get to come. Some of these, this is their first time ever doing to this.”

And indeed, children and adults alike took to the rides and appeared to enjoy themselves - although some more than others.

Mary Hodges, teacher assistant at Lee Middle School in Sharpsburg, got on the Scrambler with her students and appeared to have gotten more than she was hoping for as the machine twisted and turned around, probably a little quicker than she expected.

However, she echoed sentiments shared by other teachers throughout the day.

“They are beyond excited,” Hodges said. They were counting down the days. This has been their motivation.”

Hodges and her teacher, Karin Gordon, both said that their students looked forward to getting on the rides, such as the fun slide.

This is an event held every year as part of the Kiwanis Coweta County Fair, but was not held last year due to the COVID-19 pandemic. As a result, students and adults alike come back every year to take in the fun of the fair.

Also a part of the fair was a lunch of Chick-Fil-A chicken sandwiches, fries and cookies.

The trip to the fair is done without cost to the parents of those that attend. 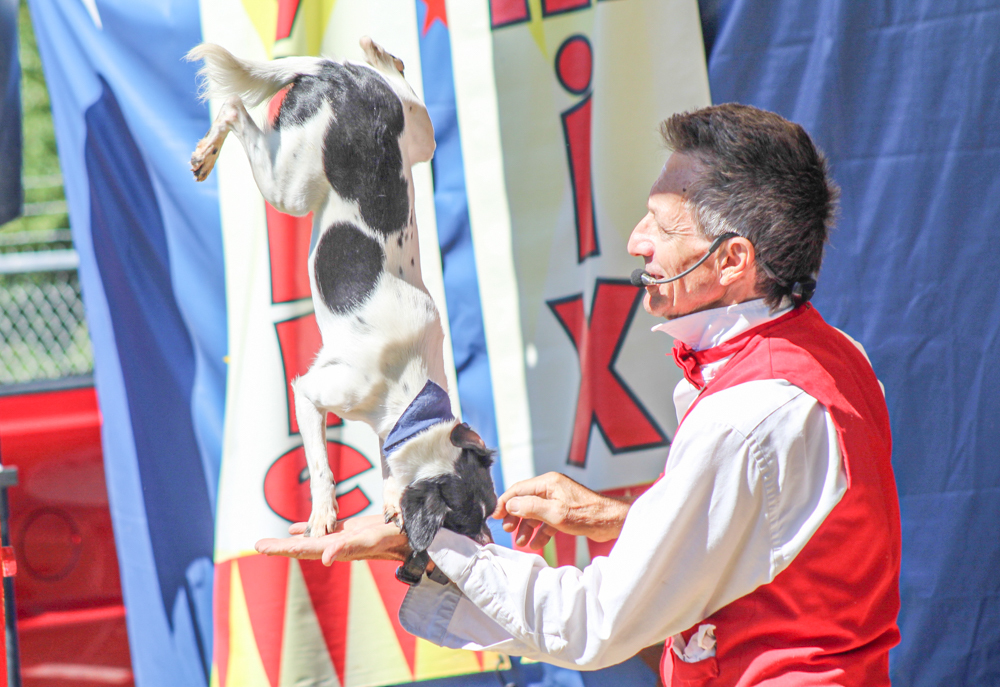 One of Johnny Peers’ dogs does a handstand - make that a pawstand - as part of the Muttville Comix show at the Kiwanis Coweta County Fair. 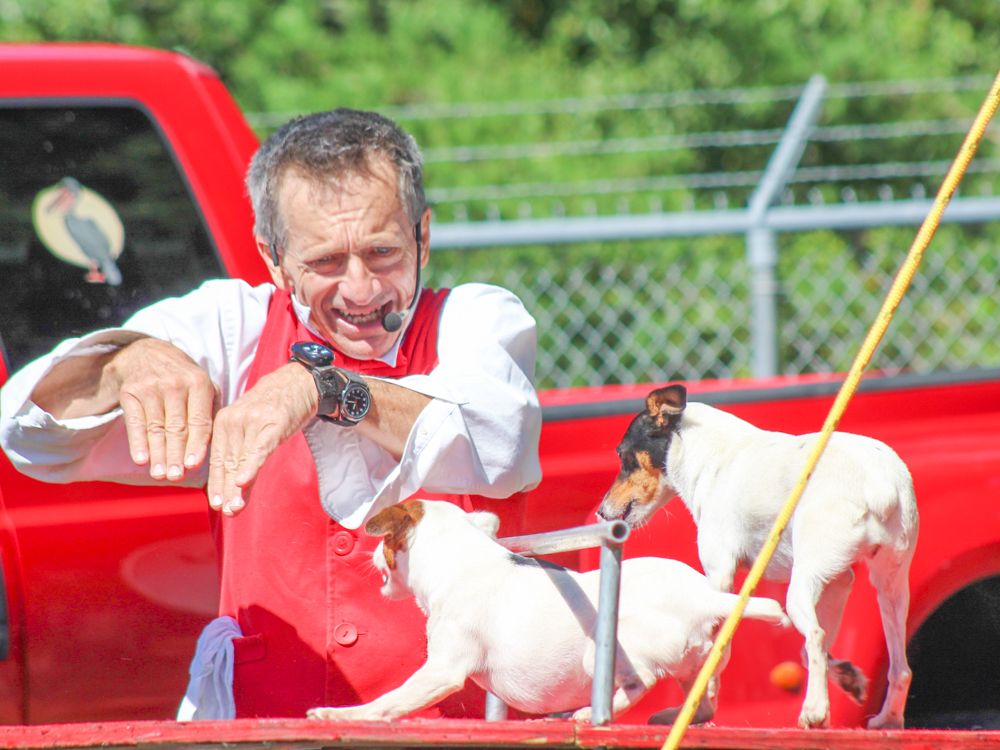 Johnny Peers tries to direct two of his dogs how to properly jump over a hurdle on a carousel as part of his Muttville Comix show, which was held at the Kiwanis Coweta County Fair. 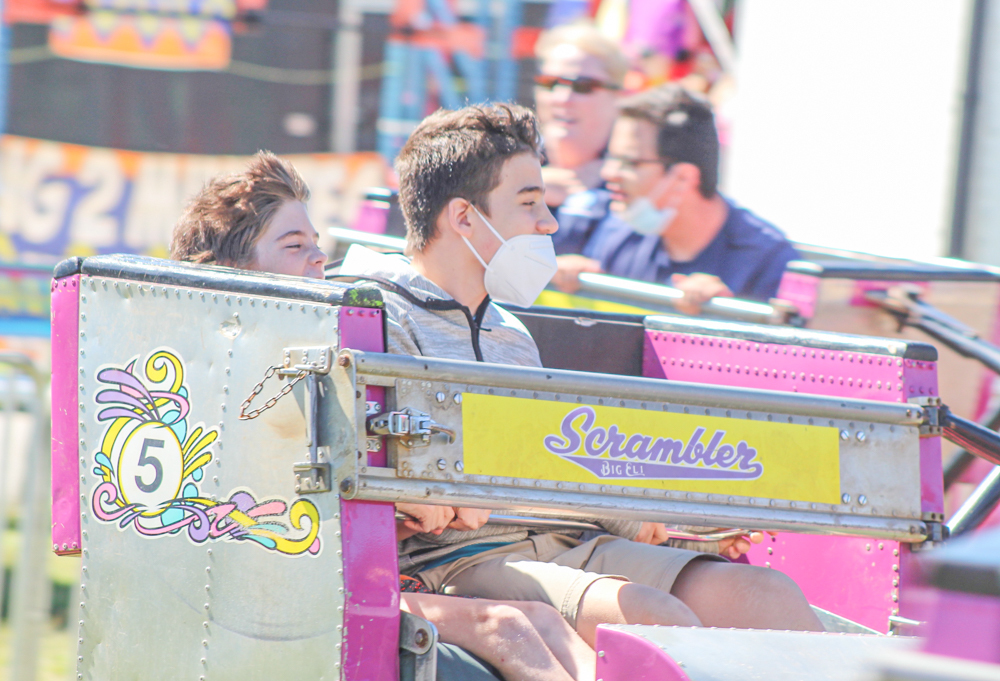 Students from Lee Middle School swing wildly aboard the Scrambler at the Kiwanis Coweta County Fair. 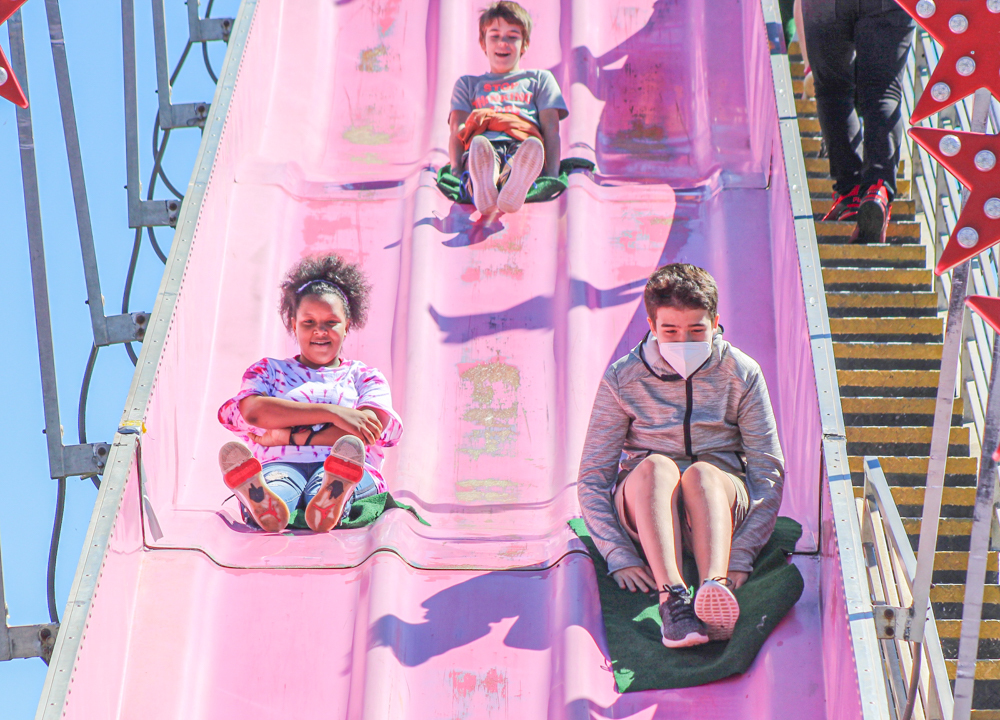 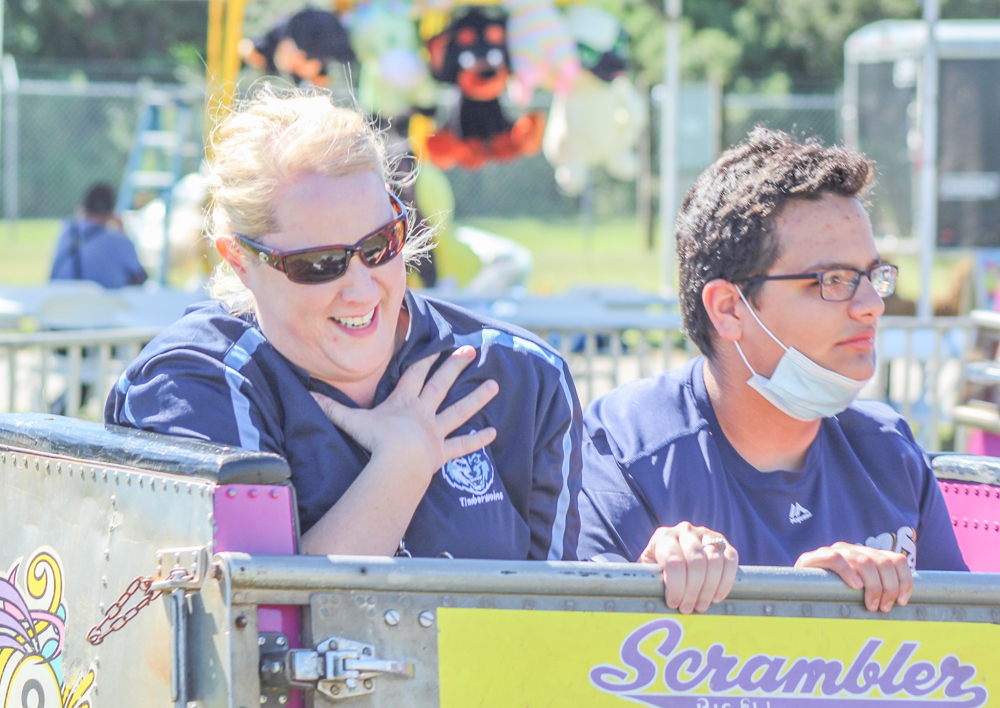 Mary Hodges, teacher assistant at Lee Middle School, might have underestimated the power of the Scrambler at the Kiwanis Coweta County Fair. One of her students, however, appears to be doing just fine.