The Northgate Lady Vikings rebounded Thursday night with an 11-3 victory over LaGrange. The win was just what the doctor ordered after a tough week that saw them lose three region games in a row by one run.

Khalia Upshaw had a two-run homer in a 10-run third inning to put the game away.

With three losses in a row, Northgate went from first to fourth in the region. That is how quickly the tides turn in a region with quality pitching, and Region 2-5A is loaded.

Head Coach Carleigh Baker understands how good the pitching is in the region and responded, “We need to hit so that our pitchers do not have to be perfect on the mound. One bad inning can mean the difference in the game.”

That is precisely how each of the last two losses can be explained. Coach Baker continued, “We have to play with a sense of urgency. When you have people on base and in scoring position, we have to put the ball into play.”

On Saturday morning, the Lady Vikings fell 3-2 to Northside Columbus. The game was the first loss and the first runs scored against starting pitcher Oliva Cato all season.

On Monday night, she got the start against Whitewater in one of Northgate’s many rescheduled games.

Whitewater scored in the first inning after a Makalya Coffield double. Cato settled down after that and pitched a complete game, only allowing four hits.

However, the Lady Vikings could not overcome the early run and took the loss. Junior Hannah Smith went 2-for-3 at the plate to lead the Northgate offense. After getting on base from taking a bonk on the elbow, Anna Baldwin had a stolen base in the game.

There was no letup in the schedule. On Tuesday, Starr's Mill Lady Panthers traveled to Valhalla to face the Lady Vikings.

The pitching was strong on both sides. Kyra Aycock was in the circle for Northgate while Starr’s Mill went with North Carolina commit Lilli Backes.

The game was an extra-inning classic. Northgate had a 1-0 lead going to the seventh, but the Lady Panthers were able to tie the game.

In the 10th inning, Starr's Mill was able to push two runs across on the international tie-breaker format. Northgate could only answer with one in the bottom half and fell 3-2.

For the Lady Vikings, Fran Lumpp went 2-for-4 at the plate and scored the run in the fourth inning, giving the Lady Vikings the lead. Ella Oswalt executed a sacrifice bunt to score Lump from third.

Afterward, Coach Baker did see a bright spot for the Lady Vikings.

“Last time we faced Backes, we took too many strikeouts looking. At least this go-round, we went down swinging. If we are not going to hit and give our pitchers a margin for error, we have to be on point with our defense,” Baker said. “We had too many errors (five) tonight. We might have gotten a little beat up; however, we are still in the hunt."

Northgate was scheduled to play Newnan on Wednesday, but rain forced the game to be canceled. The Lady Vikings, led by Breigh Totten, were to present the Newnan Cougars a check for $3,000 to assist with facility repair from the March tornado.

Softball is a family, and while schools are rivals in competition, there is a community off the field. #Newnanstrong. 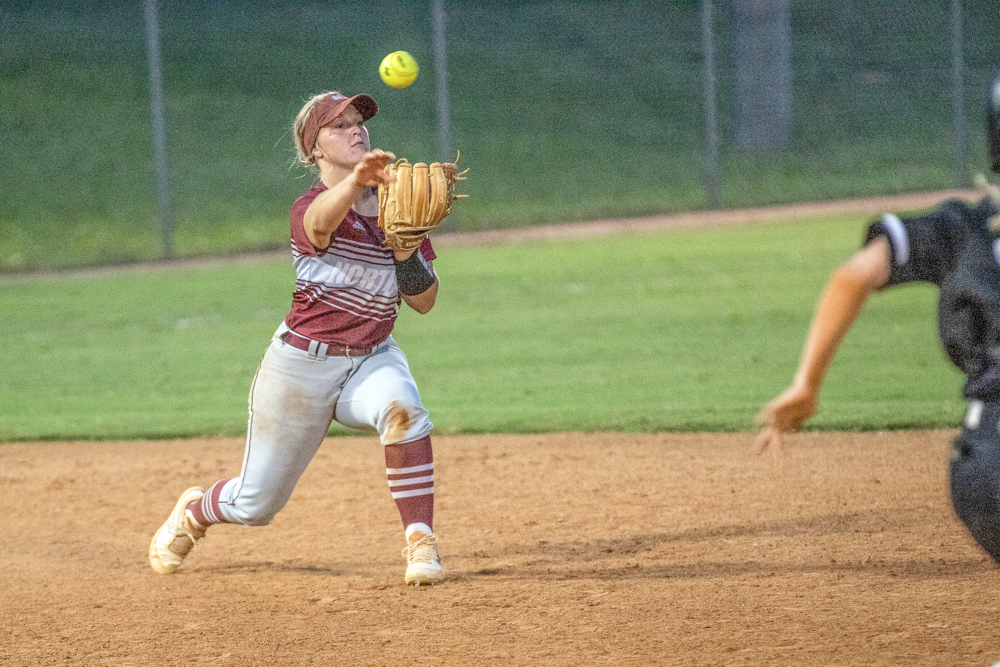 Northgate shortstop Hannah Smith flips the ball to second baseman Anna Baldwin to get the out. 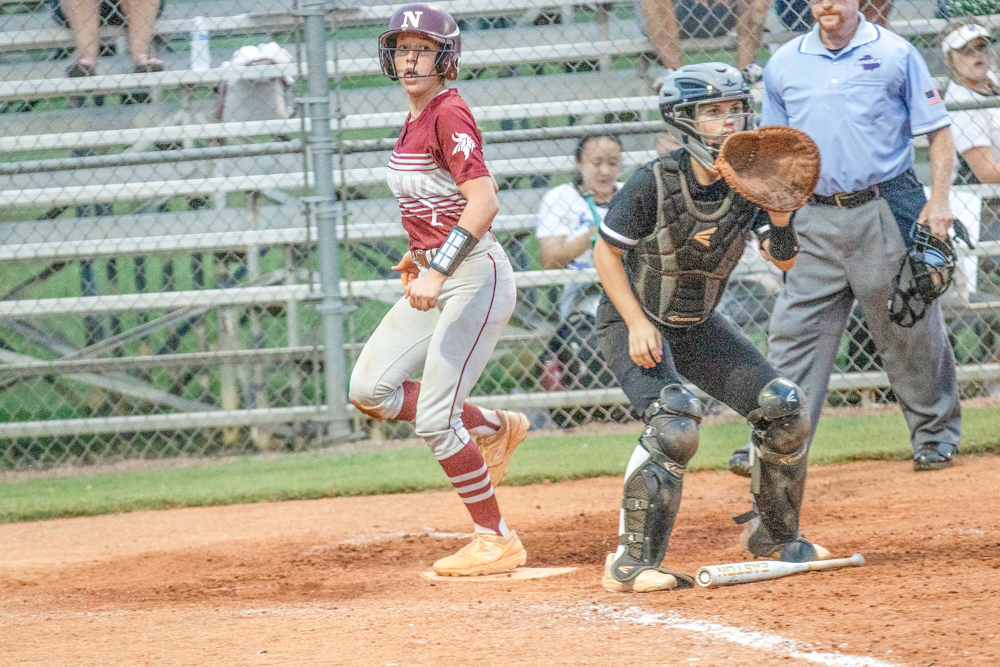 Fran Lumpp scored a fourth-inning run against Starr's Mill to give them a 1-0 lead. 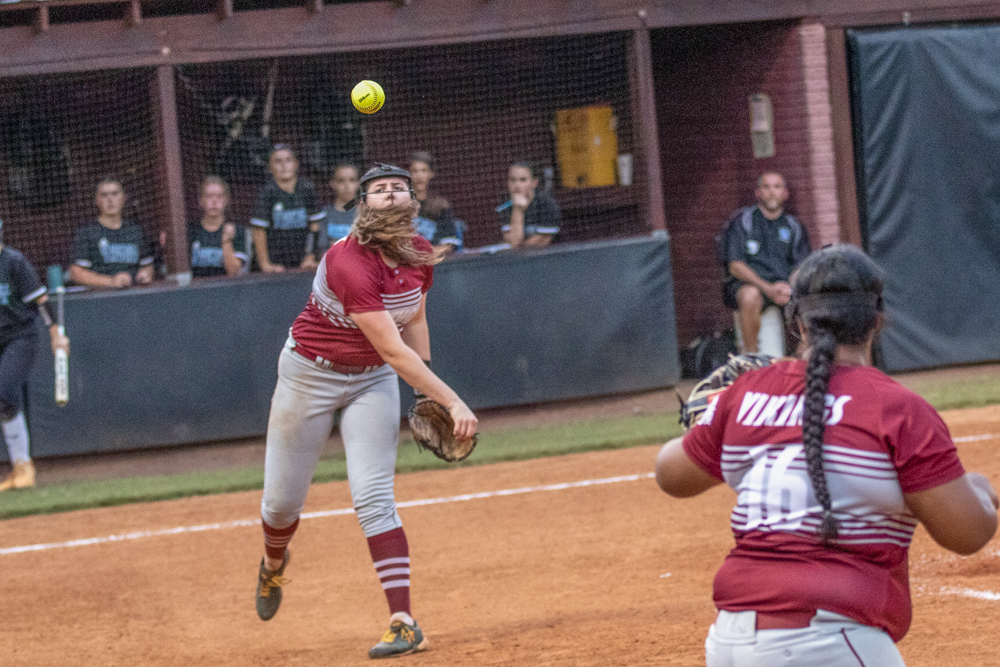 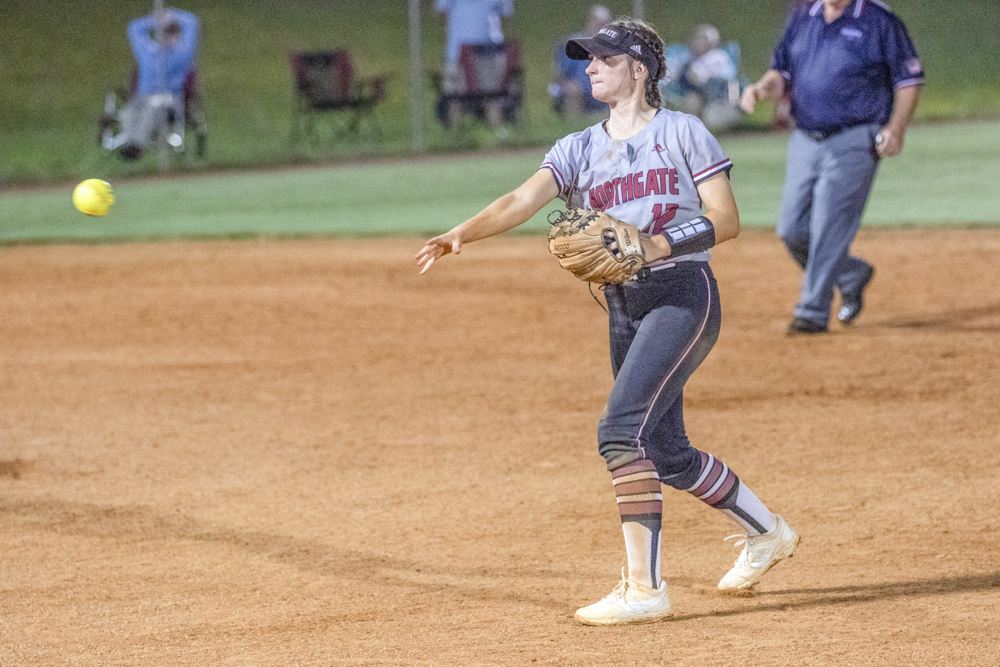 Anna Baldwin throws out a runner in the Lady Vikings Monday night game against Whitewater.