More heroics from Harrison as Trinity Christian wins in walk-off

First-year Head Coach Katey Lynch has high hopes for the team. Though new to the role as coach, Lynch is not new to softball. Lynch played her high school career with the East Coweta Indians and later with the Kennesaw State Owls.

So far, Trinity is 5-2 in 2021, and with each game, this young team is getting better and better.

The style of a young coach is a combination of the many mentors they had as a player. Lynch has had many mentors to call upon; however, it is her first coach that she draws from the most.

For many young softball players, their first coaches are their dads or moms. Steve Lynch started coaching both of his daughters, Katey and Kelly (now at the University of Washington), in recreation and later with the Atlanta Viper organization.

Unfortunately, Steve passed away just as Katey began her high school career. Lynch revealed that her dad had one saying he used to say to both his daughters: "Always lead and never follow."

Lynch knows that her mentality for leadership is different as a coach than a player.

"As a player, you have a direct impact on the outcome as a leader between the lines, but as a coach, you have to train others to take what they have been coached to do and actually get it done,” she said.

That is exactly what the Lady Lions did. Kayden Harrison got the walk-off hit in the bottom of the seventh inning to score Cacie Cutright for the victory.

There were six lead changes during the game. Both teams were putting balls into play. The Lions scored two runs off a double by Avery Lucchesi in the bottom of the first, but Mount Pisgah responded with three runs in the second inning.

Freshman pitcher Cutright got the start in the circle for the Lady Lions. She went three innings, allowing four runs on five hits while striking out eight.

Croft led off the bottom of the seventh with a hit and stole second on the first pitch. With one out, senior Ambry Lucas, an Appalachian State commit, earned a walk. Croft and Lucas moved up on a wild pitch, putting them in scoring position.

Cutright helped her cause by hitting a double to score both Croft and Lucas to tie the game. Cutright later scored the winning run to seal the win.

Cutright and Harrison both collected two hits. Along with Croft, Lucas and Lucchesi also hit safely.

Afterwards, Lynch responded about how proud she was of her team.

“The girls responded well with the bats after losing several leads,” she said. “We have to get better at protecting the ball, but the great thing about this team is that they are coachable.”

The Lady Lions are on the road next Monday to play Strong Rock Christian. 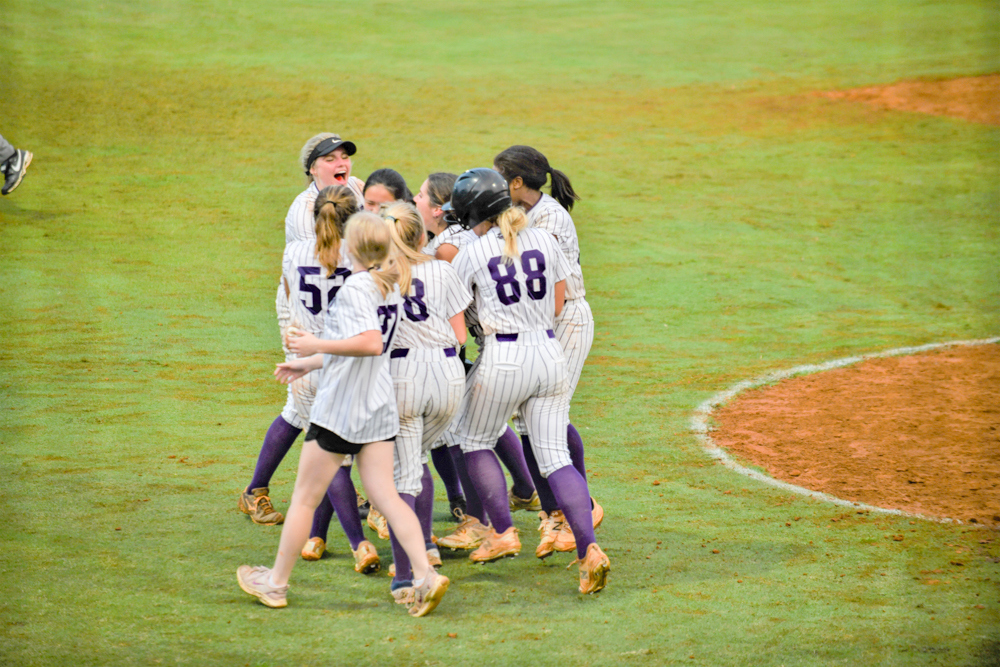 The win improved Trinity Christian’s record to 5-2 on the season. 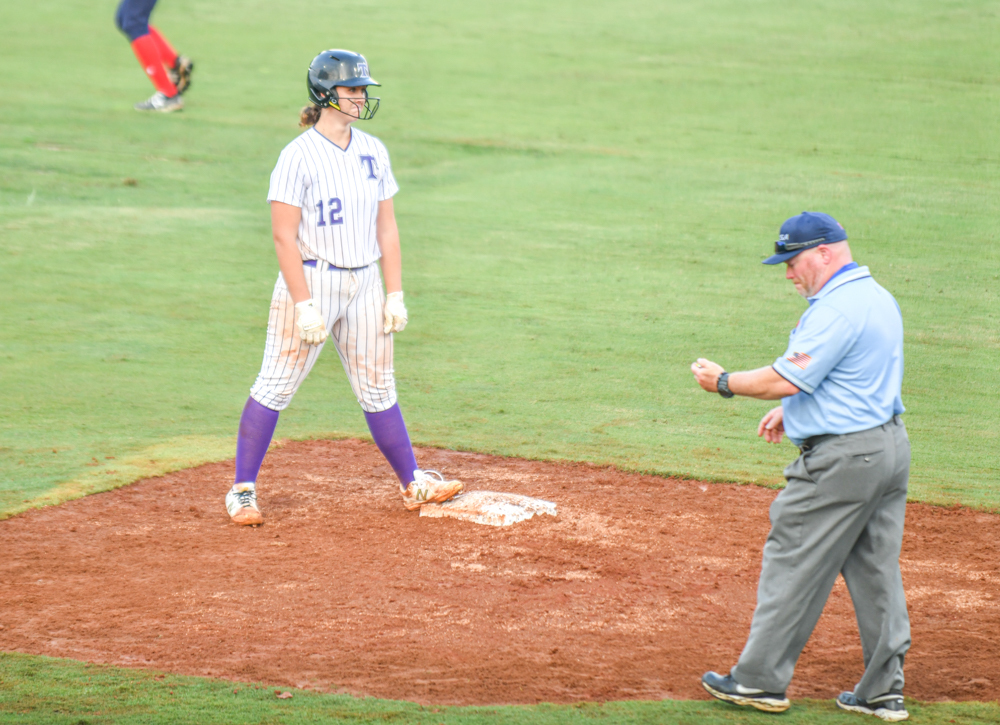 Cacie Cutright was 2-for-4 with two RBI and was the winning pitcher. 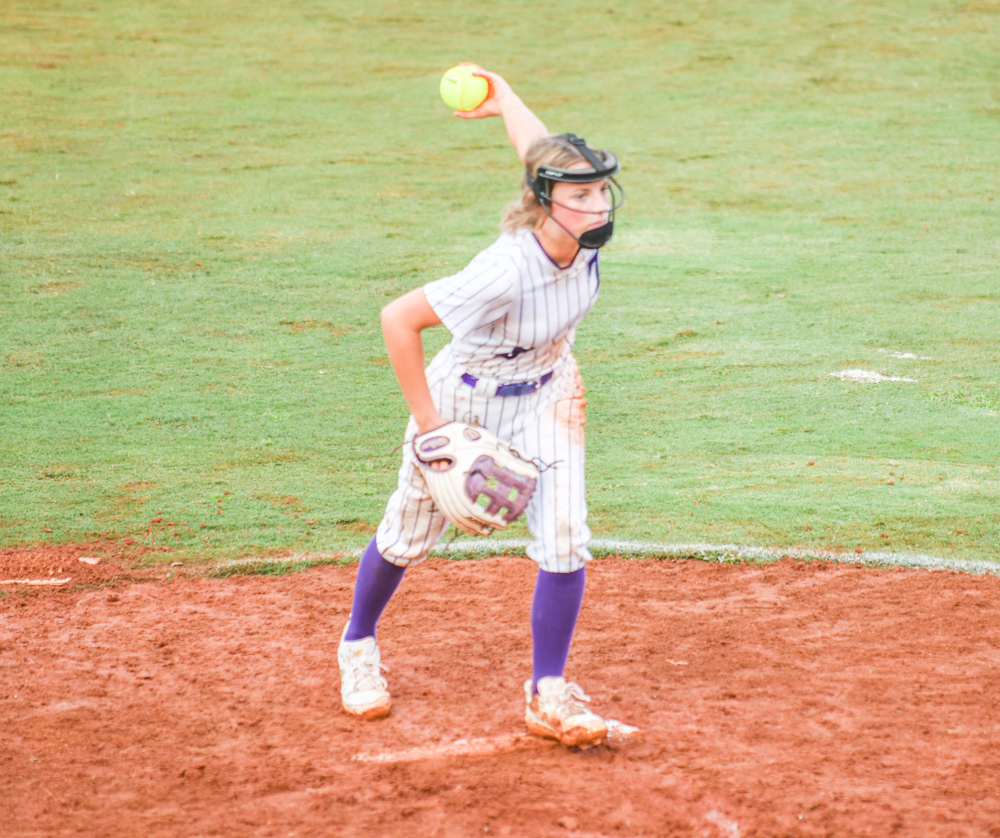 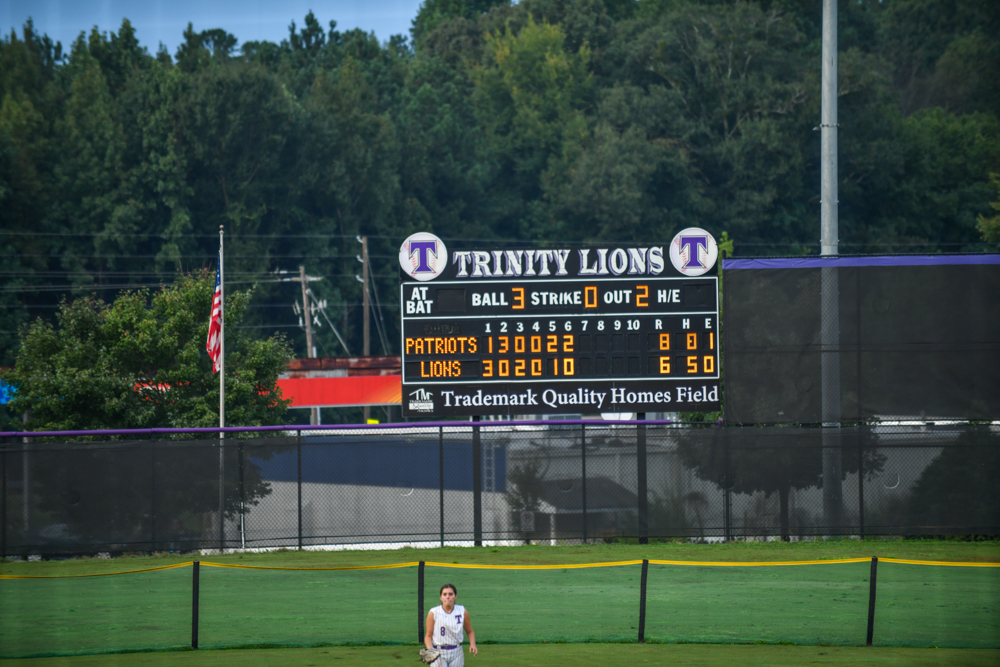 Lady Lion Berkley Mask stands in front of the scoreboard at the start of the epic seventh inning. 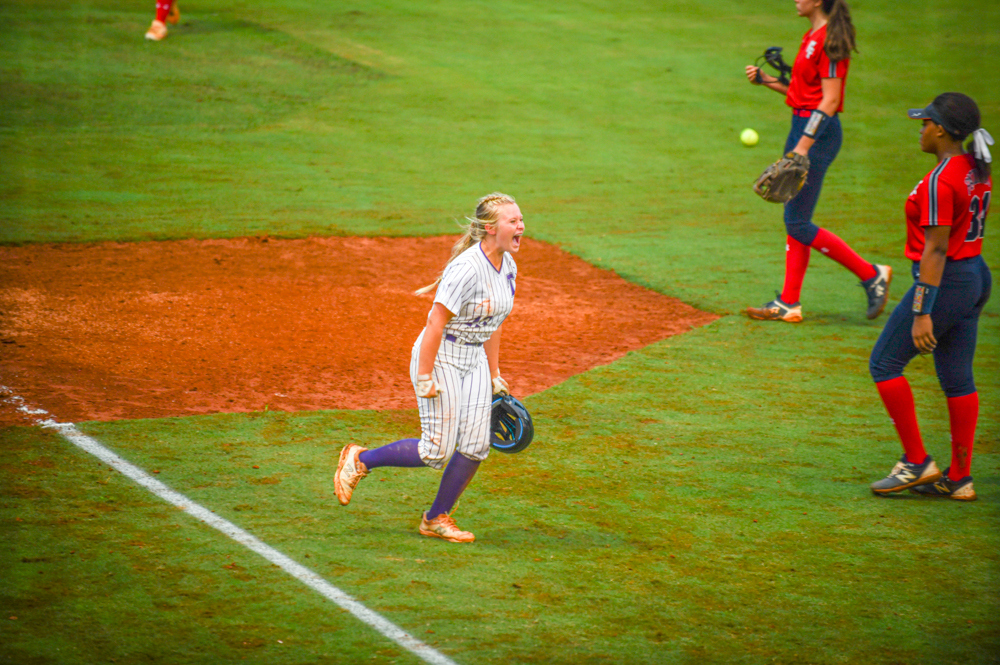