The game got off to an ominous start for the Newnan Lady Cougars, but it had a big finish as Abbie Stewart drew a bases-loaded walk in the eighth inning to complete a 4-3 victory Tuesday night.


The Lady Cougars fell behind 3-1 to the Ola Mustangs going into the bottom of the fifth but scored a run in the fifth, sixth, and final innings to complete the comeback win.

With the game tied at the end of regulation, Newnan pitcher Maddie Veal induced a ground ball to Lady Cougars shortstop Presley Ivey to get out of a slight jam.

That opened the way for Lady Cougar magic in the bottom of the eighth. Caroline Strickland started the inning with a walk, and Veal reached via an error.

Anauia Matthews laid down a perfect sacrifice to put the winning run on third. Kelsi Brown walked to load the bases, and Stewart drew the walk-off walk to send the Lady Cougar fans home happy.

Veal pitched an eight-inning complete game that included nine strikeouts. She also led at the plate with a 3-for-4 night. Stewart led the team with two RBIs.

The Lady Cougars travel to Central Carrollton on Monday, then return home on Tuesday for a region contest against Campbell. 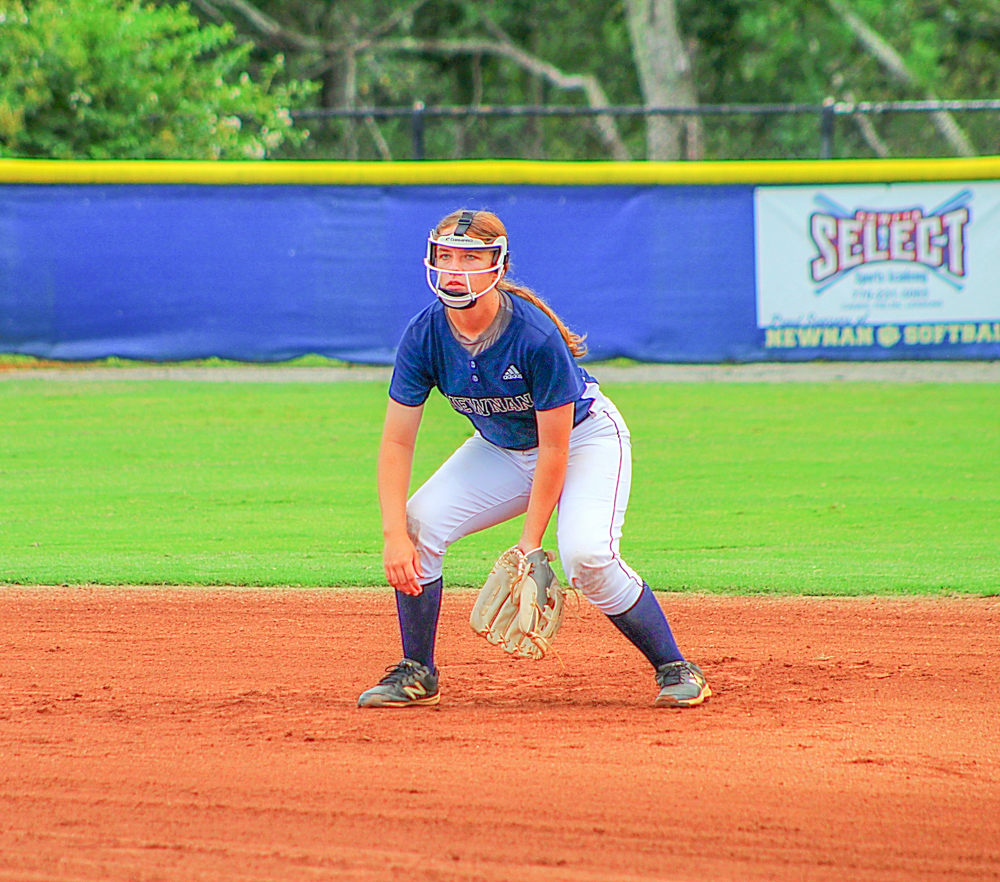 Newnan's Gabriella Espy got the third out in the eighth inning to set up the Lady Cougar victory. 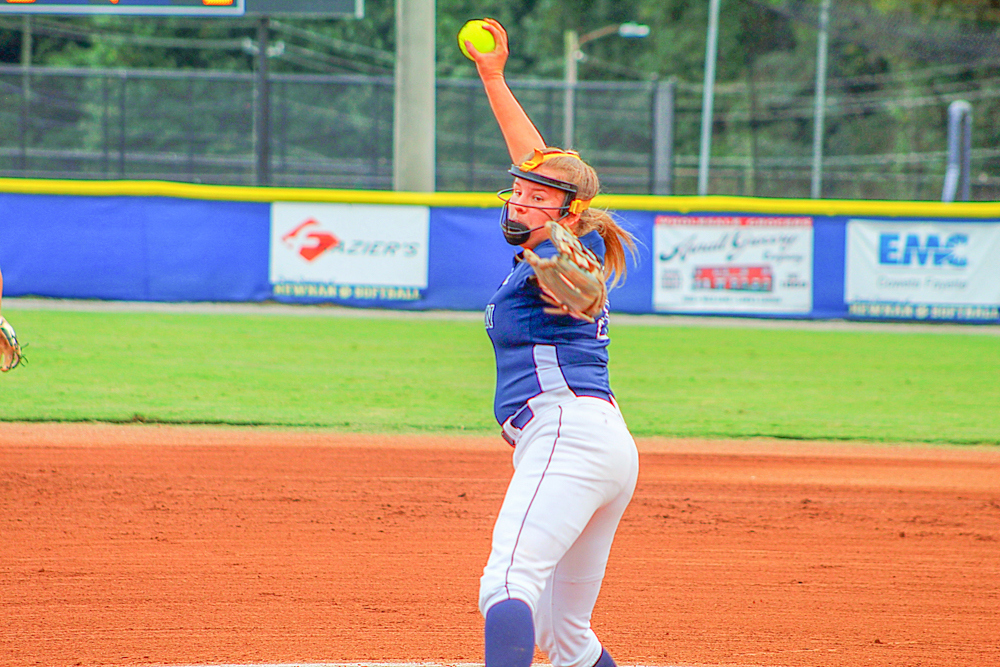 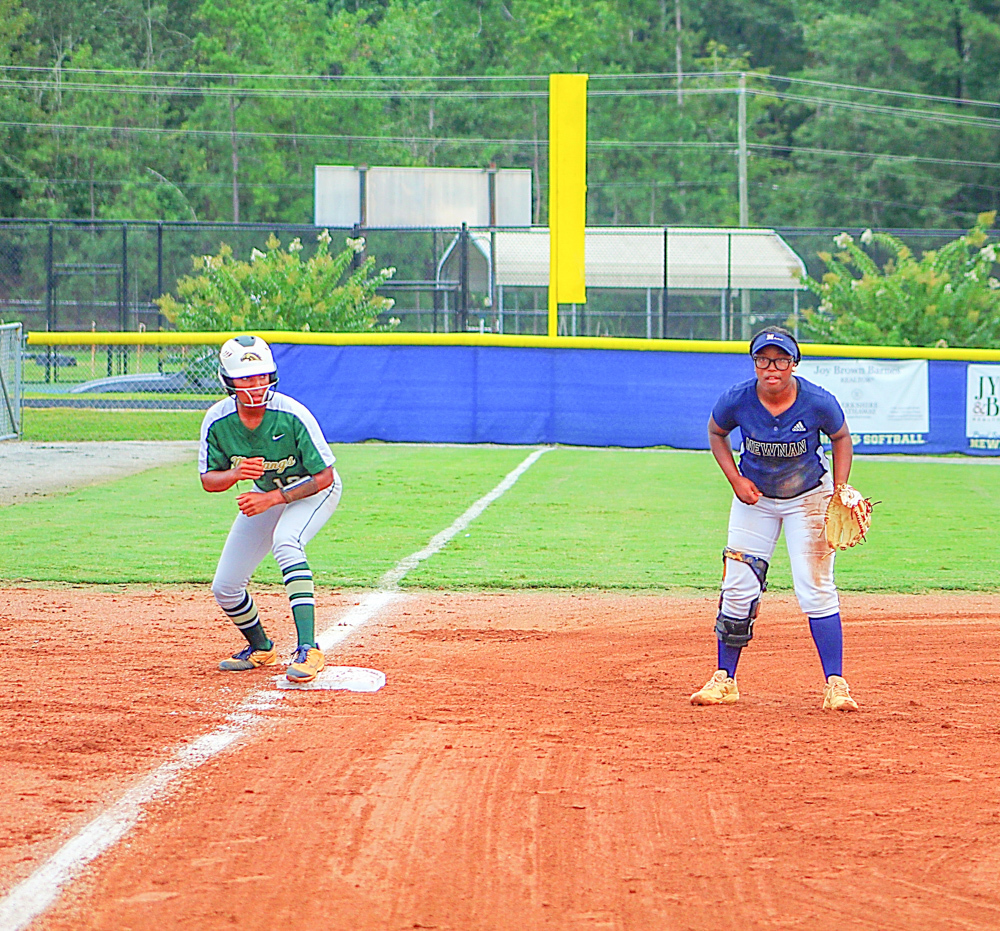 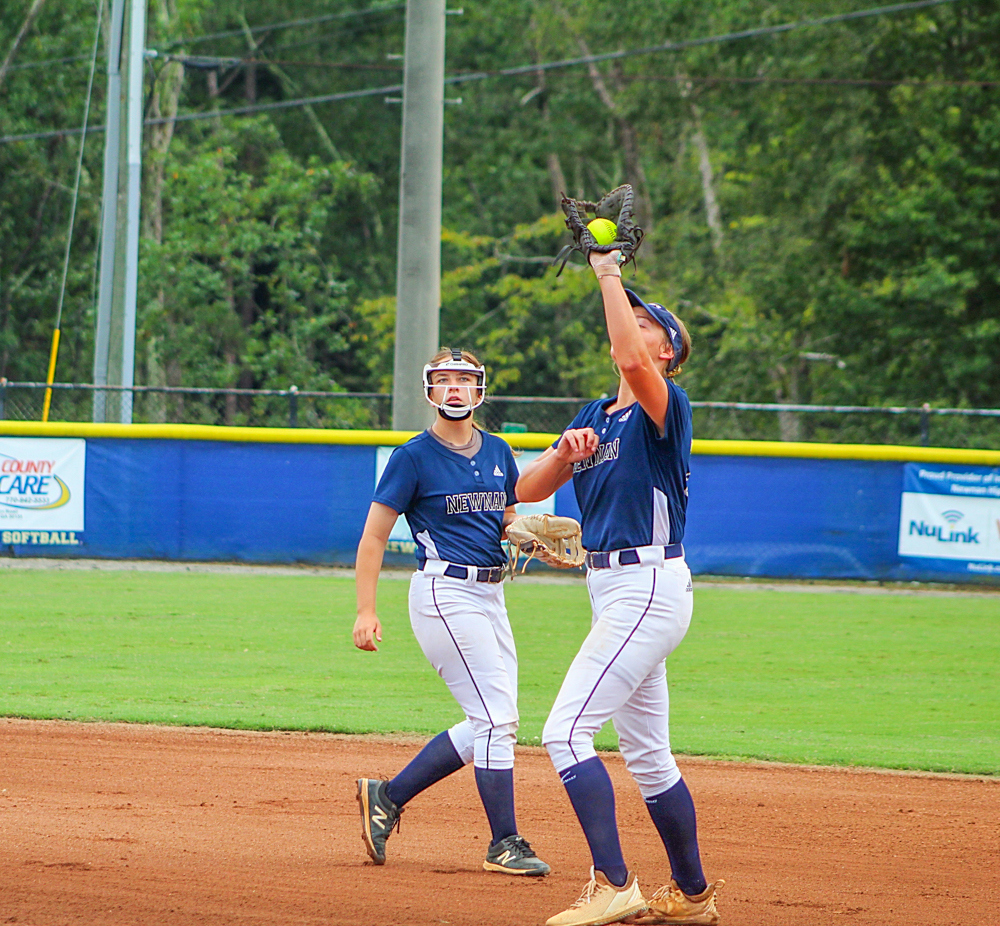 Kelsi Brown makes a catch from her position at first base as Gabriella Espy looks on.