The East Coweta Indians returned to Garland Shoemake Memorial Stadium for the third week in a row to host the Meadowcreek Mustangs from Region 7-7A.

Also, Head Coach John Small and his staff recognized the senior class competing for their second region championship in a row.

In a game that was both impressive and economical on both sides of the ball for East Coweta, the Indians scored in the first four minutes and never looked back on the way to a 36-13 victory.

The win improved the Indians' record to 4-0 this season. East Coweta last started the season 4-0 in 2015 under then Head Coach Steve Pardue.

The East Coweta defense continued to grow confidence and create turnovers. Deliyon Freeman had a 20-yard pick-six as the defense continued its ability to put points on the board. Kaleb Harris, who had a pick-six last week against Norcross, also forced a fumble.

On the touchdown, Freeman picked up the slot receiver in the flat who had just motioned across. For an easy walk to the endzone, the East Coweta defensive back stepped in front of Mustang quarterback Kraig Killings' pass. Coach Small said afterward, “The play really got us going early. That kid is just a ballhawk.”

The offense, under the leadership of senior Daniel Shoch, took a business-trip approach to the game. The offensive line opened holes for running back DJ Reid to lead the team with 71 yards rushing on 17 carries and two touchdowns.

Shoch had running lanes as well; he had several long runs, including one on third-and-long that gave the Indians a first down. He was also able to throw when he needed to. The Indians opened their scoring for the night on a 15-yard pass from Shoch to Zander Simmons.

Kicker Lucca Labattaglia was also a weapon. He had two field goals, four extra points and put five of his seven kickoffs into the end zone for a touchback.

With the game in hand in the fourth quarter by a 36-0 score, Coach Small got his backups in for some critical reps. Running back Noah Watson led the reserves with 47 yards rushing on five carries.

With the game already decided, Meadowcreek scored two late touchdowns to make their trip back to Gwinnett County a little less painful.

Coach Small summed up his team’s performance. “We will take the win; it wasn't the prettiest, and we saw some things we didn't like. But it is always better to correct them after a victory. We were able to get a lot of kids into the game, but we have some things to clean up.”

On Friday, the Indians will put their undefeated record on the line when they host their cross-county rivals, the Northgate Vikings It will be the Vikings' first visit to East Coweta. 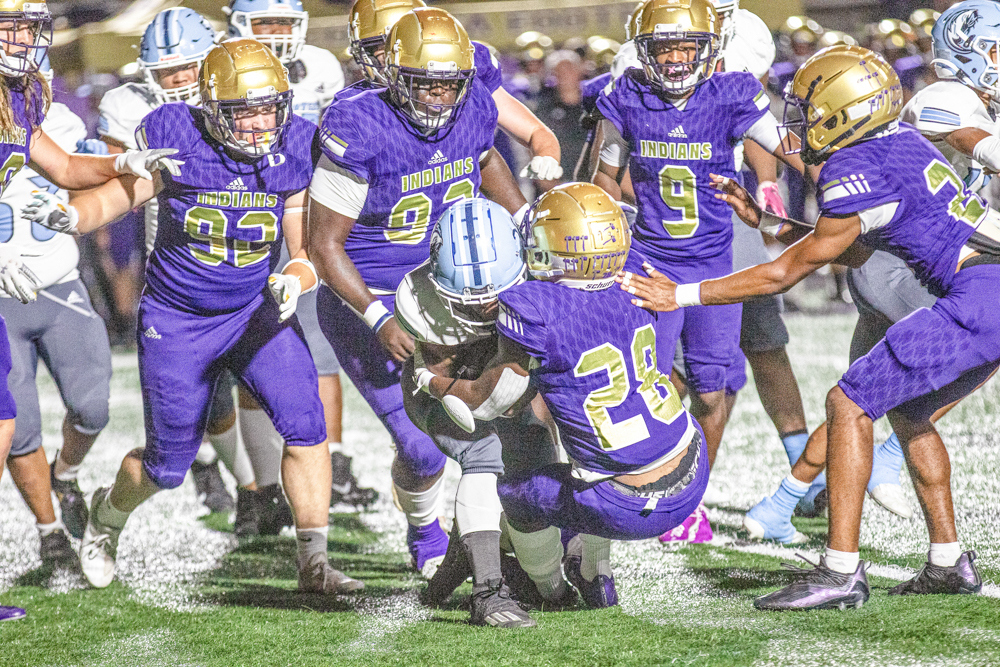 Christian Richardson (#28) makes the tackle right before four of his friends show up. 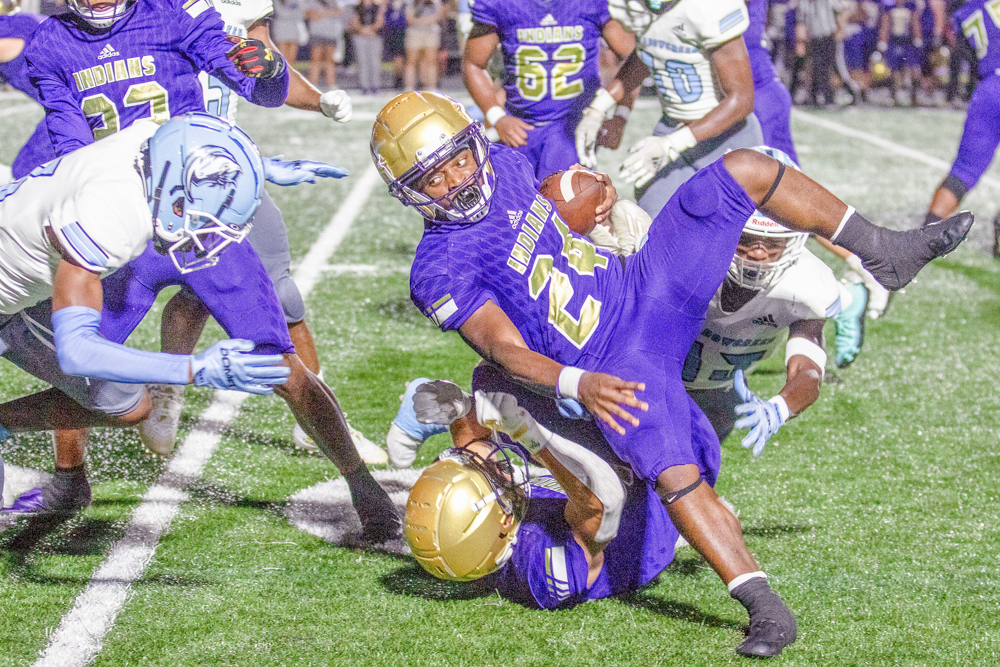 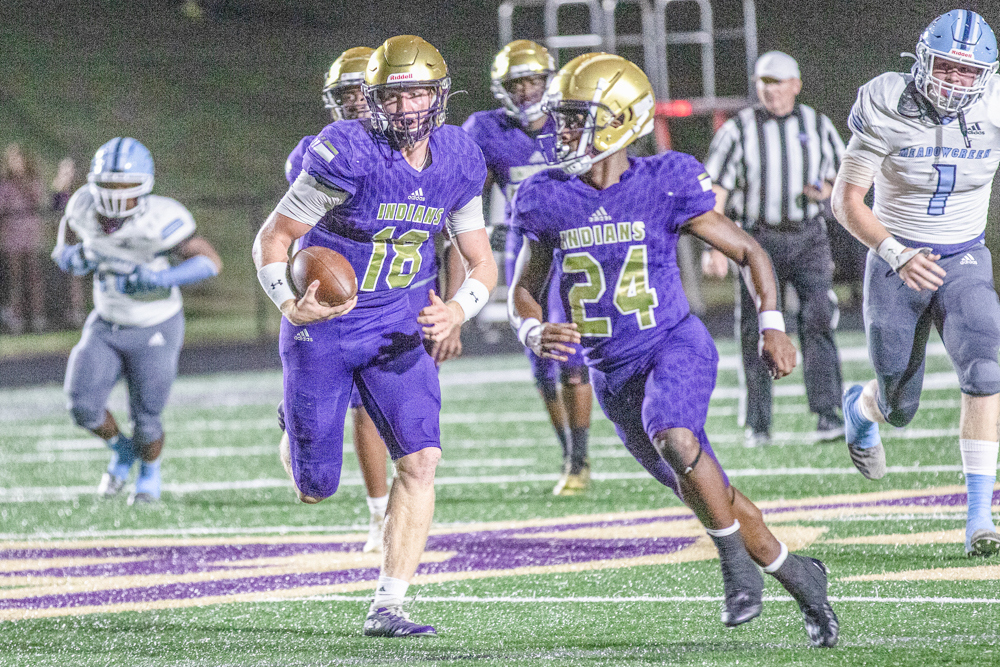 Quarterback Daniel Shoch gets a blocking escort from DJ Reid (#24) on a run up the middle. 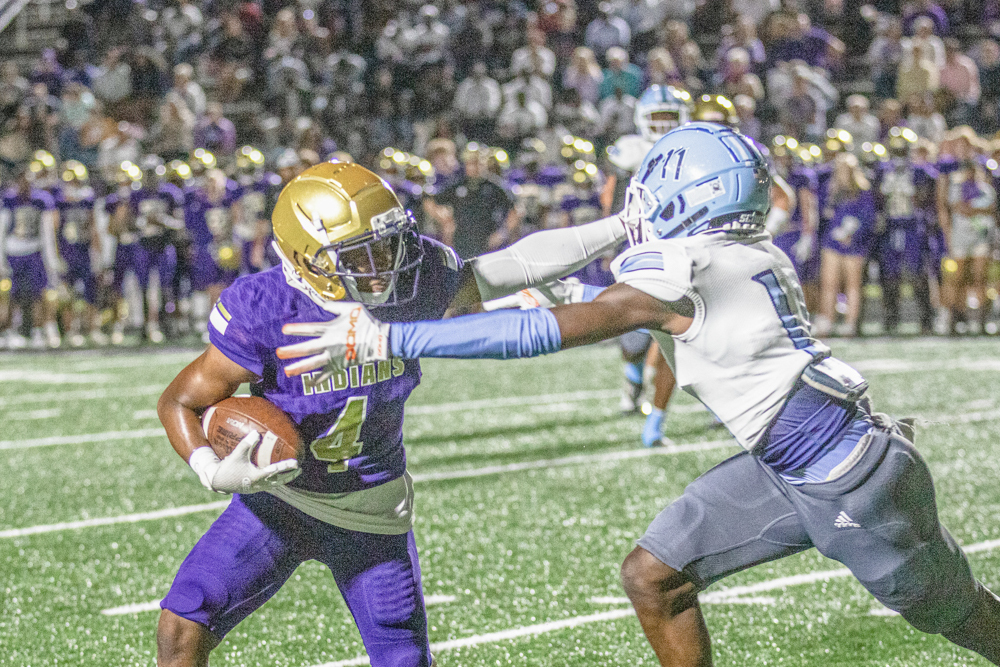 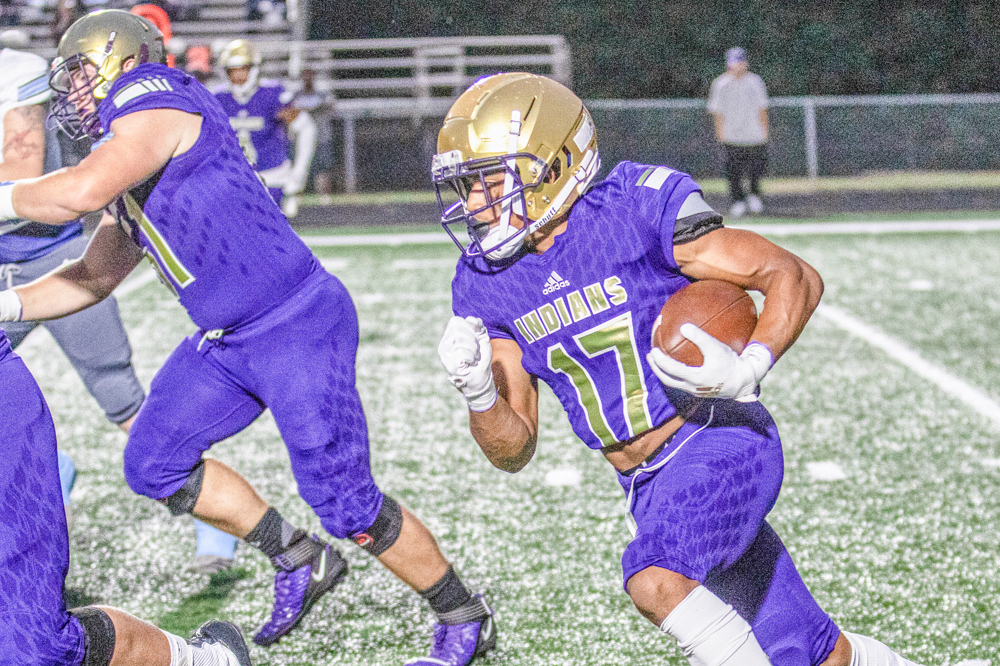 Sophomore back Dionte Jones gets a carry late in the game. 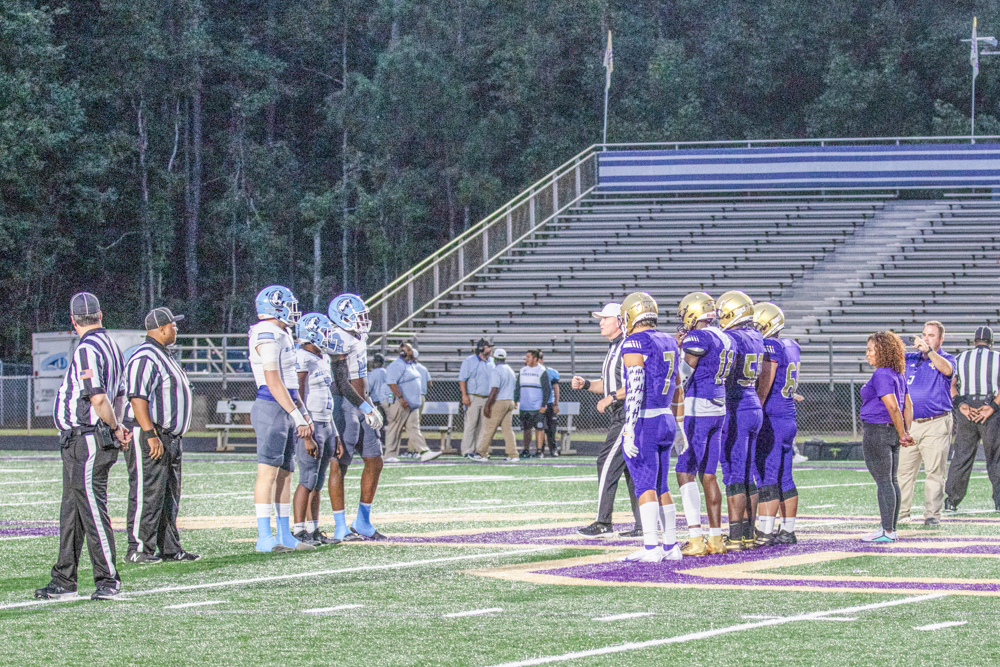 The Indians return to Garland Shoemake Memorial Stadium next week to face Northgate.