The growing progress continued Friday night for the Newnan Cougars. After their 42-38 loss on the road against the Harris County Tigers, their record fell to 1-3 on the 2021 season.


While it is not the start everyone expected, the Cougars could easily be 3-1 with a break here or there.

With region play just around the corner, the Cougars have one more tune-up to prepare for their drive to the playoffs.

The Cougars offense has sorted itself out; but the defense is a work in progress.

With Harris County leading 14-10 with two minutes until halftime, both teams combined to score three touchdowns in 1:24 — two by Harris County and one for the Cougars.

After a Tigers touchdown to go up 21-10, a one-play drive saw Nick Owens go 65-yards untouched through the middle of the Tigers defense.

Owens had a huge rushing game; he had 141 yards rushing on 17 carries and two touchdowns.

The prospect of going into the half only down 21-17 seemed to be a win for the Cougars. It would allow Head Coach Chip Walker and his staff to adjust their game plan accordingly.

The Tigers had other ideas. They drove the field quickly and scored in the final 10 seconds on a touchdown pass from Corey to Alex Hayes on a post route.

Undaunted, the Cougars came back strong after the half. They got two touchdown passes from Paige; one to Quanard Arnold on their opening drive of the second half and a 52-yarder to Johnathan Clark. With 5:37 remaining in the third quarter, the Cougars led 31-28.

Clark also had an amazing game; he finished with 146 receiving yards on seven catches.

After the Tigers responded with two touchdowns, the Cougars were down 42-31 with nine minutes left. They would need two touchdowns and a stop to take the home win.

They followed that plan well. Owens scored his second touchdown on the night, this one from a yard out. From there, the defense got a stop on third down at midfield, but the Tigers made a gutsy call and converted a fourth down with four minutes remaining to extend the drive.

The Cougars defense did hold on the next series of downs. The Tigers attempted a pass on fourth-and-16 but missed, and the Cougars got the ball at their 27-yard line with 77 seconds remaining.

From there, a Paige completion got the ball into Tigers territory. However, the Cougars could push no further and turned the ball over on downs.

Paige ended the game completing 15-of-23 passes for 196 yards and three touchdowns.

The Cougars have their bye this week to continue to build and teach. The North Paulding Wolfpack will visit Drake Stadium on Friday, Oct. 1, for the Cougars' last non-region game of the season. 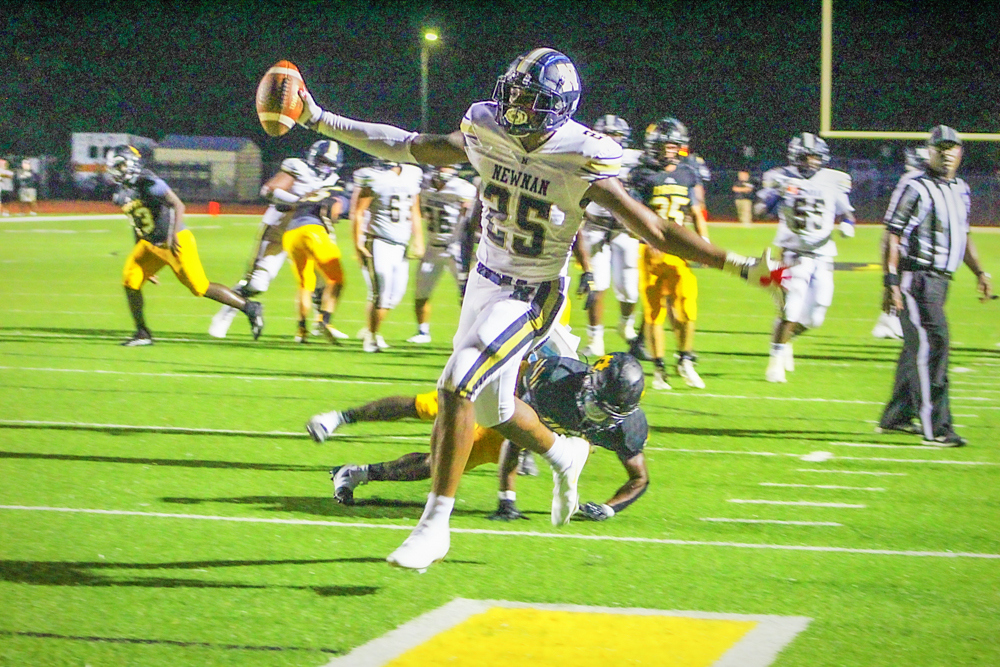 Justyn Reid had a 16-yard touchdown pass from James Paige. 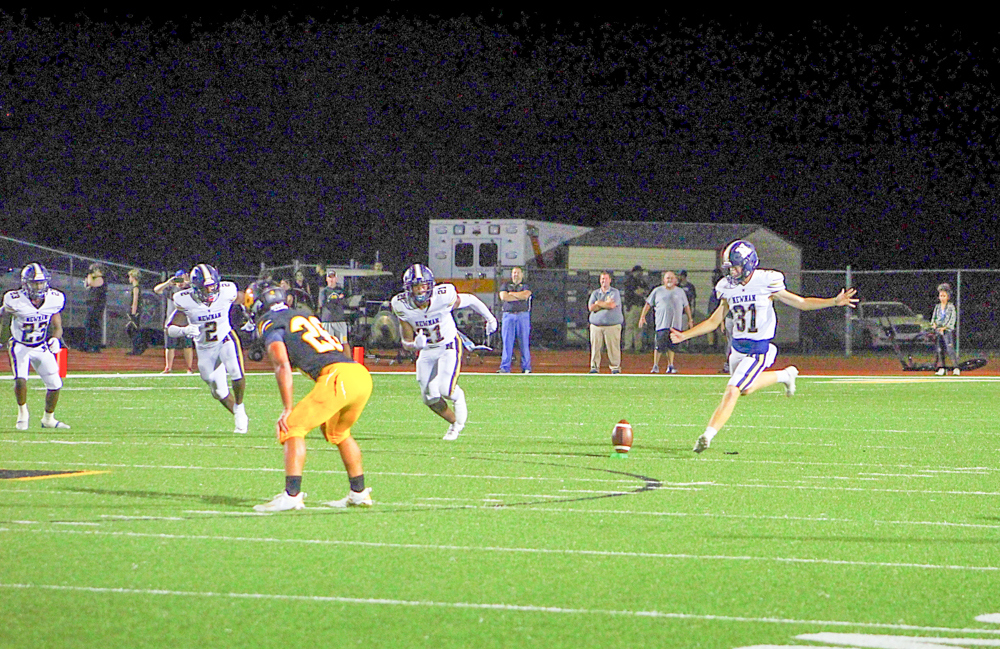 Kicker Brady Judson with a kickoff as Sean Johnson (#2) and Ashton Heflin (#21) prepare to defend. 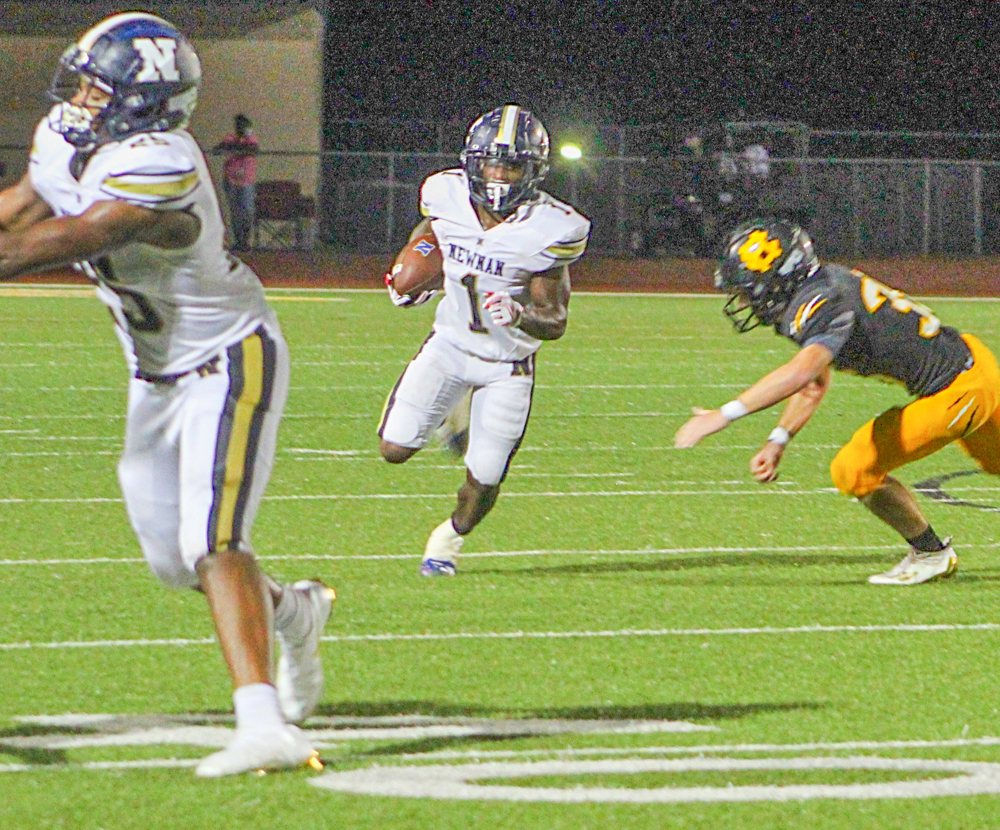 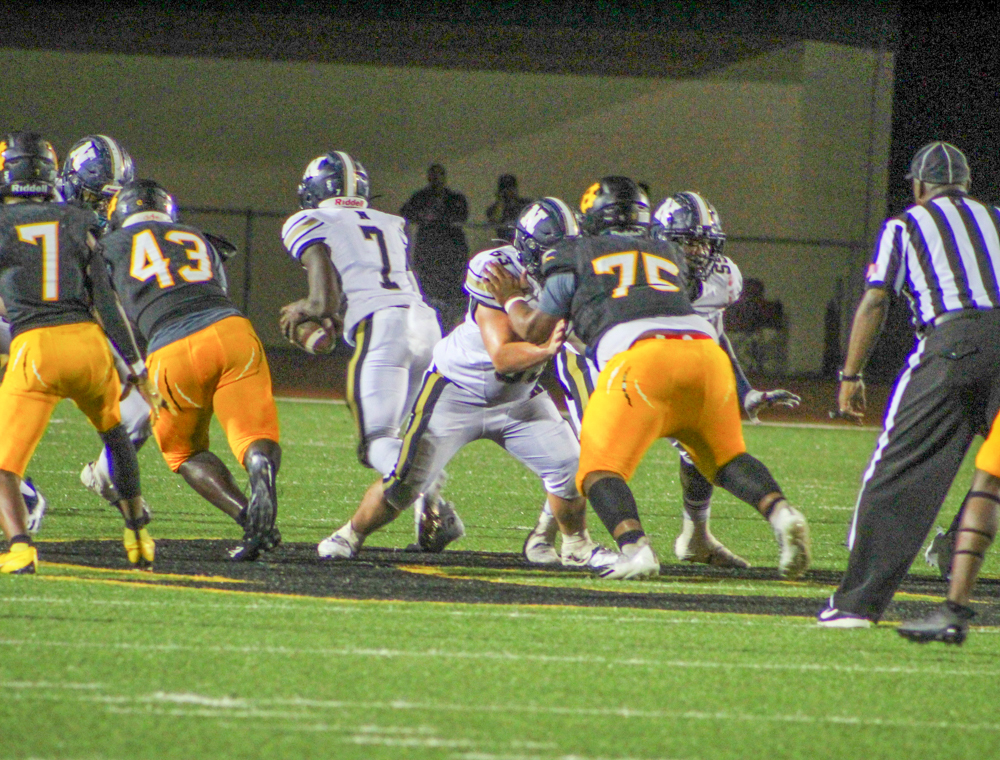 Newnan offensive lineman Will Walker (#63) gets a push on a Tiger interior lineman. 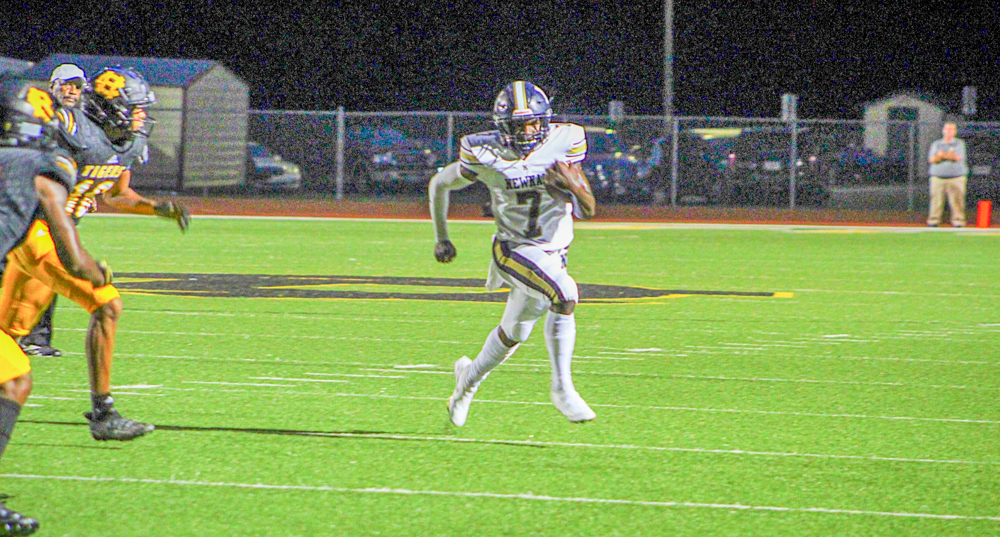 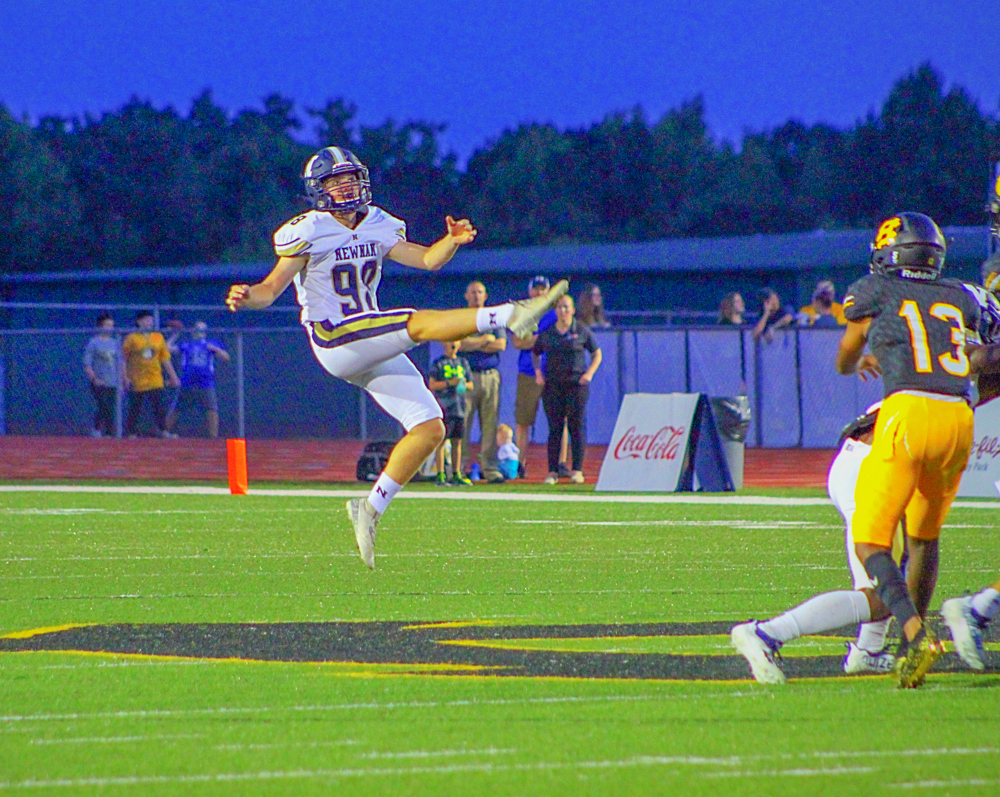