Inside the sanctuary of Central Baptist Church, a lush, warm sound emanates from nearly 2,000 pipes - some in plain sight, others hidden away.


Equally impressive is the “cockpit” where church organist Julia Huster mans the controls of the church’s newest organ.

After almost 100 years in use, Central replaced its original Pilcher pipe organ of 1924 with a stunning new three manual Schantz pipe organ.

This new Schantz organ has 28 stops and 33 ranks, with a total of 1,979 individual pipes. The organ console and grillwork behind the pipes in the chamber were carefully crafted to match the sanctuary wood and detailing.

The organ is movable in the chancel for concerts. It also allows the player to record their performance so they can hear the organ play it back from wherever they choose.

Speaking to the intricate layout of the Schantz, Huster says one of the most common questions she gets is “how on Earth do you play that?”

“It’s a lot like flying an airplane,” she smiles, “except that if I make a mistake, it’s not a life or death thing.”

According to Rev. Anne Cronic, the contract for the new organ was signed in April, 2019, with the Schantz Organ Company and the old organ was removed in January the following year.

In February, 2020, an arrangement of “How Firm a Foundation” was commissioned by Central Baptist Church for the dedication of the new organ. The double pipe chamber was modified by Headley Construction and the new organ was installed in early October, 2020, as part of the renovation effort at the church.

For Huster, the experience of playing the new Schantz organ is “a dream come true.”

“I’ve played in many churches, but I’d never been through the entire process of choosing a brand and overseeing the installation from start to finish,” she said. “It’s just an amazing instrument to play.”

The church recently held a dedication for the organ. In attendance was Mrs. Carolyn Sale, Central’s organist for over 40 years. Her ministry at the organ laid the foundation for this new organ project, Chronic said.

The new Schantz will continue the tradition of its predecessor – being the centerpiece of worship at the church, according to Rev. Matt Sapp.

“Installing the new organ as part of our larger construction and renovation project was a no-brainer for us,” Sapp said. “Generous contributions from our church members allowed us to install a truly world-class instrument that fits our church well and that will help support excellence in traditional worship at Central for generations to come.” 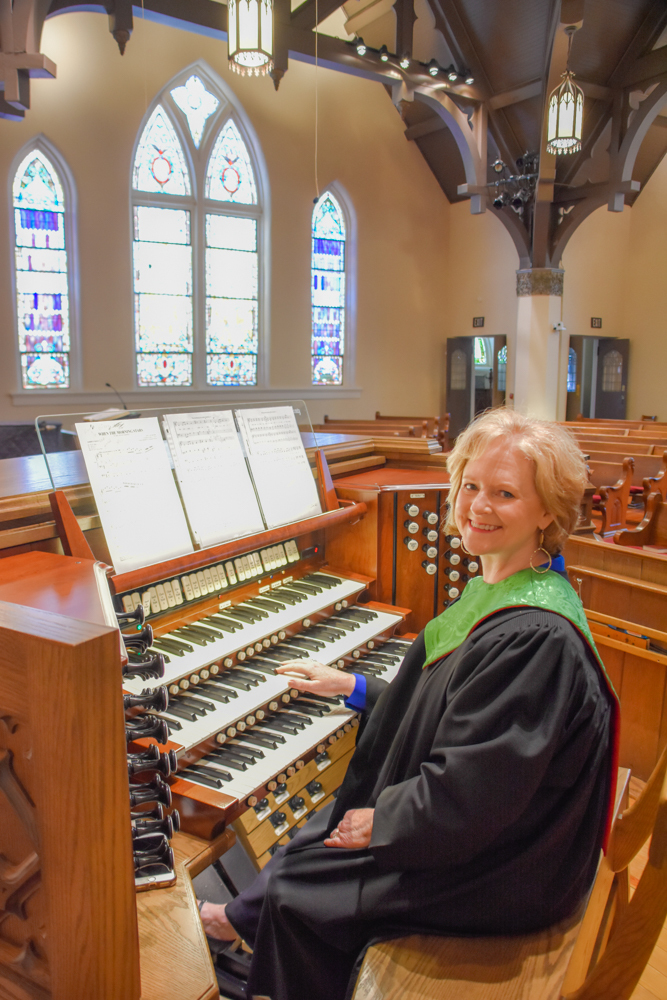 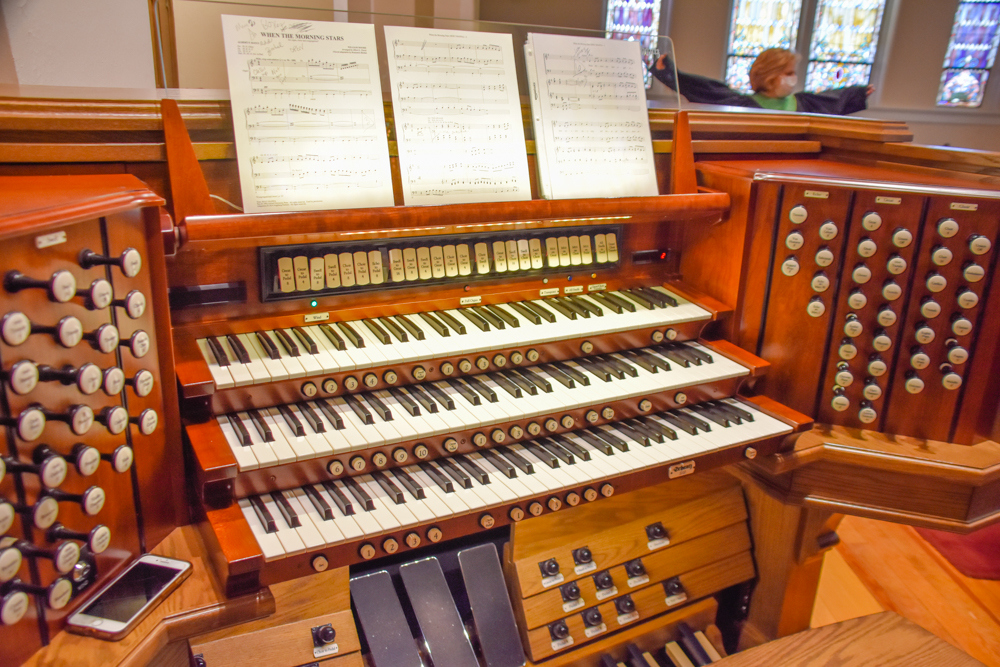 This new Schantz organ has 28 stops and 33 ranks, with a total of 1,979 individual pipes. The organ console and grillwork behind the pipes in the chamber were carefully crafted to match the sanctuary wood and detailing. 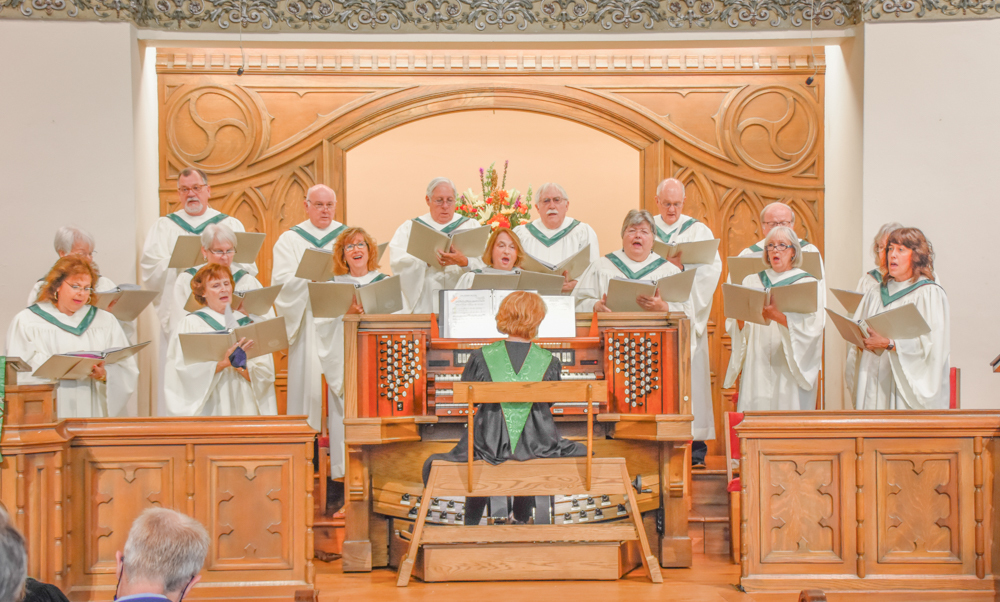 Organist Julia Huster plays while members of the Central Baptist Church choir sing during a recent dedication ceremony for the new organ.