Rain has been a challenge for Senoia Raceway the past couple of weeks, but not this past weekend.


On Saturday night, good old-fashioned summer temperatures heated up a slick racetrack and the competition, too. There was a photo finish, a bounty that advanced another week, a first-timer and a last-to-first winner.

In the Limited Late-Model Feature, Austin Horton qualified fastest but chose to start from the back of the field for an extra prize bonus. It was a decision that paid off.

Newnan's Oliver Gentry held off Mark Page and Jason Turner for the first 17 laps as Horton picked his way to the front. After a caution on lap 17, Turner moved to the front and left the field for an easy win.

After the race, Gentry spoke of taking the lead: “I went way high, he tried to cut across, and I just got him running on that side. All we needed was clean air to get to the top.”

Earlier in the evening, Mark Newton won in the Mini-Stock Division for the eighth week in a row and pocketed the bounty placed on him. It will go up another $100 this weekend.

Mike Weed won his first-ever race in the Sportsman Division after starting in the fourth position. From victory lane, he said, "I felt like we had something the whole race. We just had to either wait on a slip-up or be able to get a nose in there, and I knew we could do something.”

He also credited Limited Race winner Horton for some help along the way. Weed continued, “Austin’s been helping me with it; teach me some things. We got it rolling. I think we are going to get a couple more this year.”

In the Bomber Division, it was a pre-race adjustment that helped Senoia’s Dustin Smith cruise to an easy victory. “After the hot laps, we wanted more grip; I had too much stagger,” Smith said.

It was a great call, as Smith came home with the checkers.

The most exciting race of the evening was in the Legends Division, where Jason Treschl passed Christopher Clanton to the line on the final lap for the win. It was the only lap he led the entire race.

Treschl talked about the final lap: “I had a run coming off of four, ran him down the front stretch, ran up high, going into one, trying to keep some momentum, cut under him off the corner. It was just enough to keep it under him for the win.”

The action returns to Senoia this Saturday night in the Zach Jones Memorial Race. 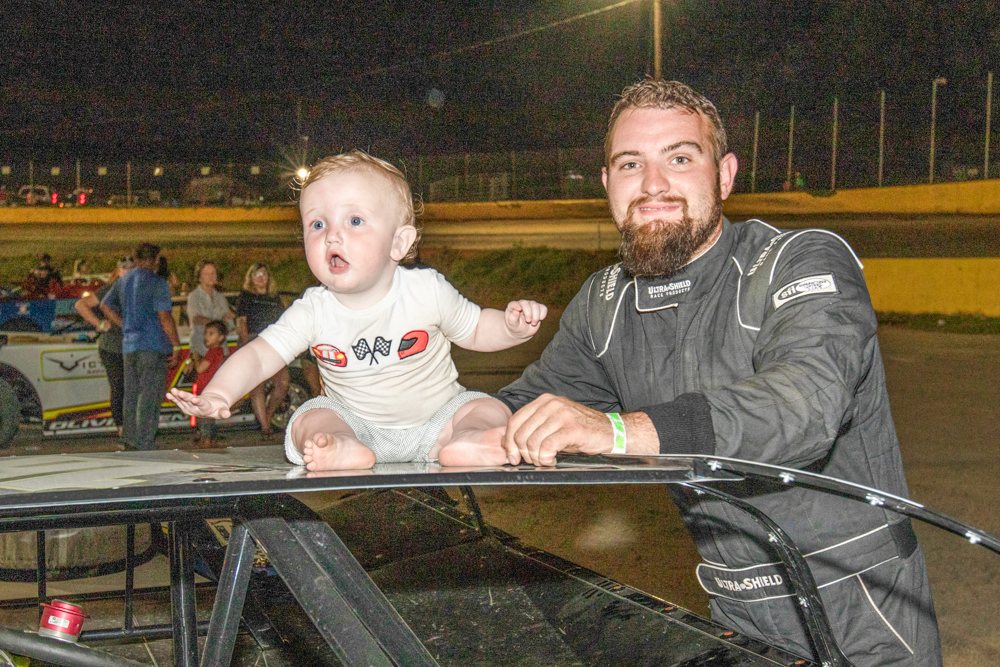 Austin Horton with his son, Cameron, in the Senoia Winners Circle Saturday night. 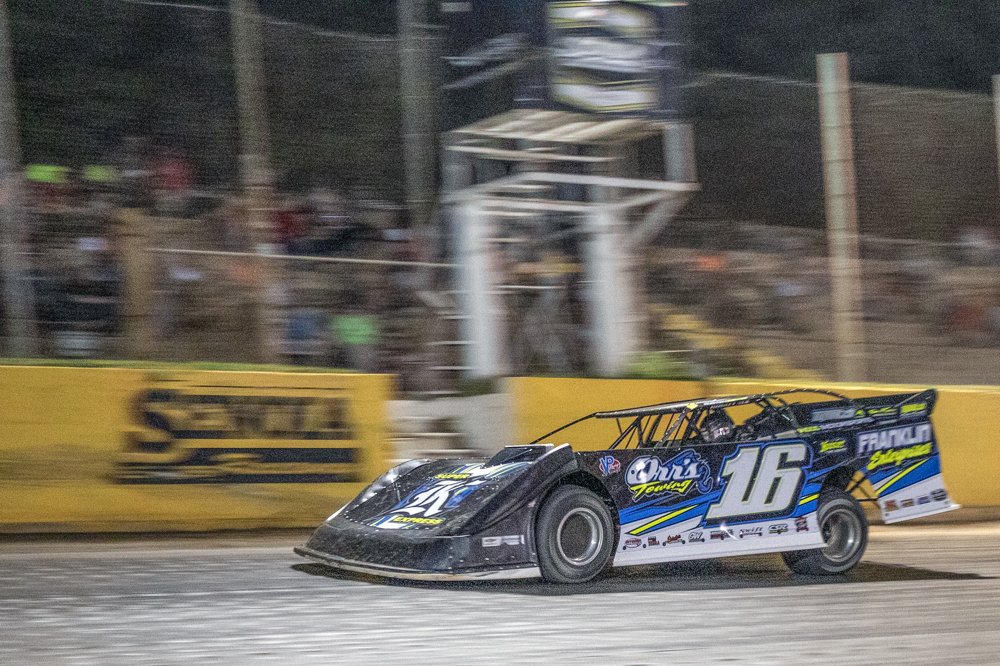 Austin Horton chose to start at the back of the field and ran everyone down for the win in the Limited Late Model feature. 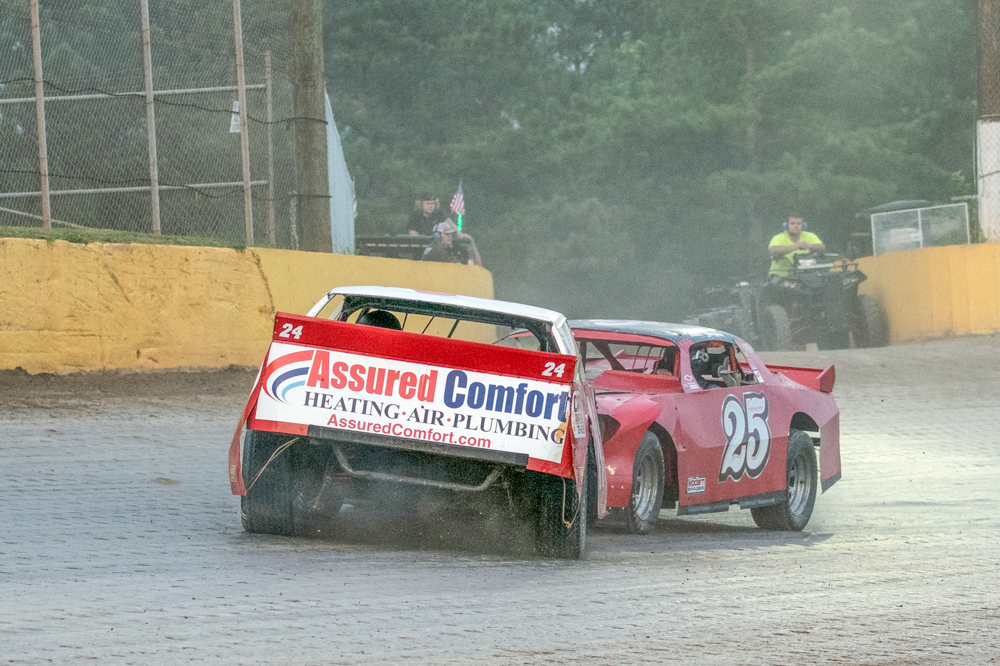 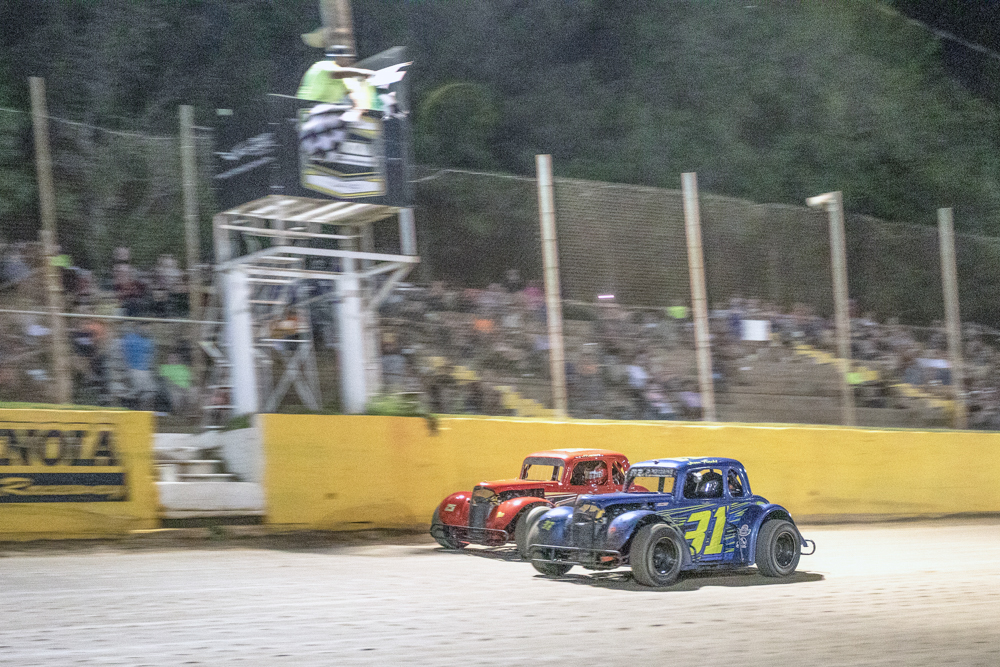 It was a photo finish in the Legends Race – Jason Treschl just nipped Christopher Clanton at the finish line. 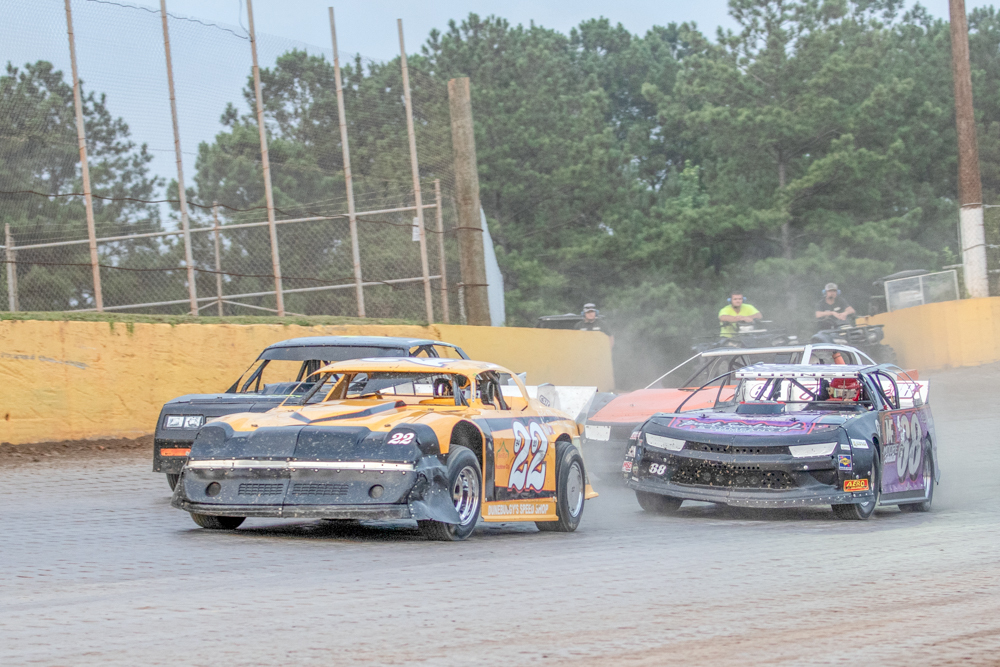 Dustin Smith from Senoia (#22) held off Curtis Turner for a victory in the Bomber Division. 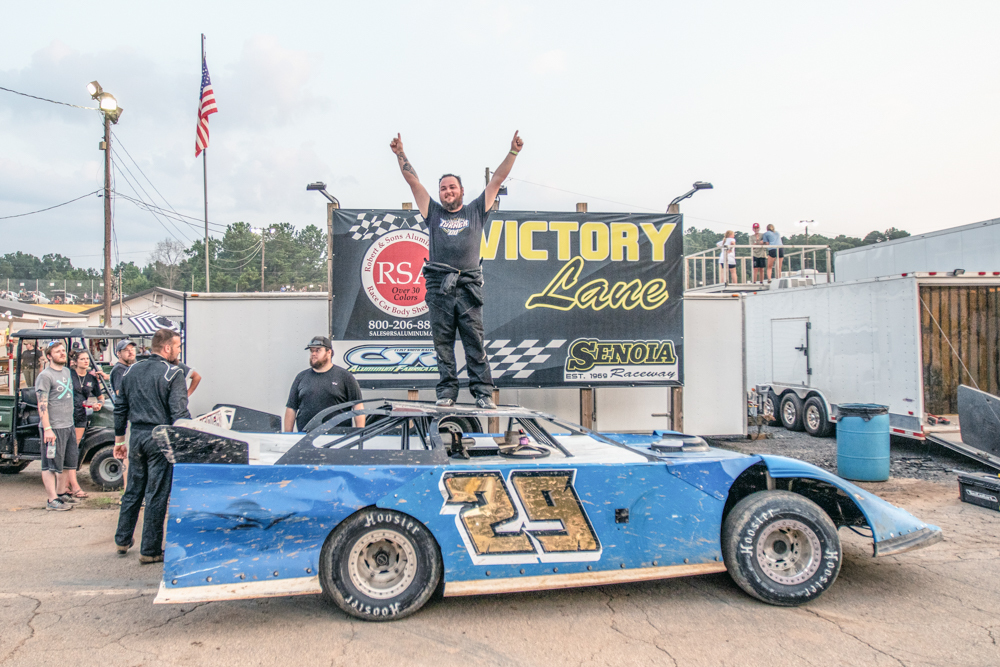 Mike Weed won his first race in the Sportsman Division. 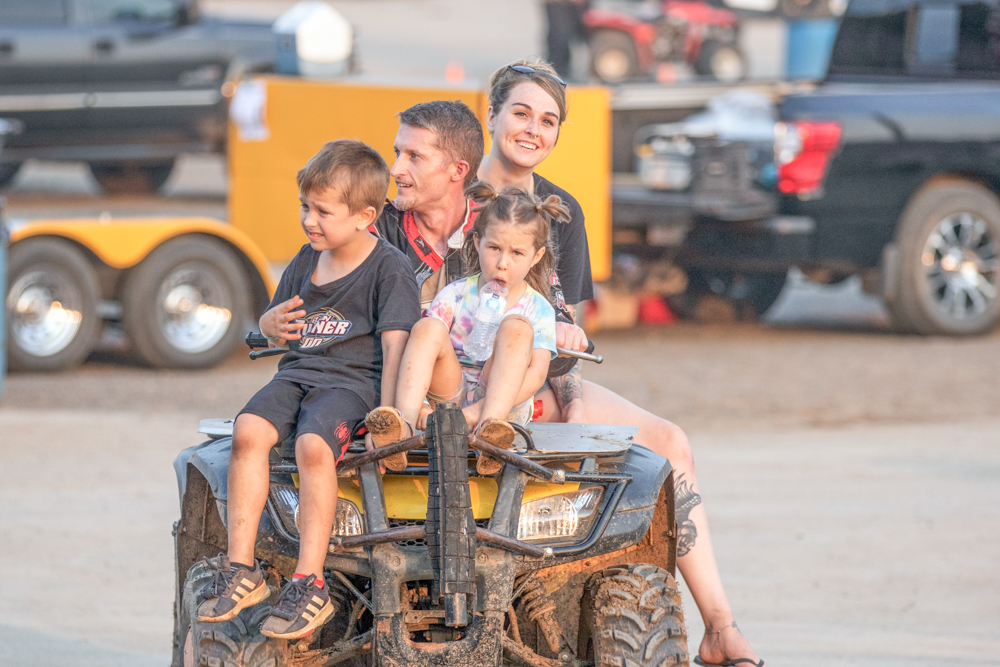 Racing returns to Senoia this Saturday in the Zach Jones Memorial. 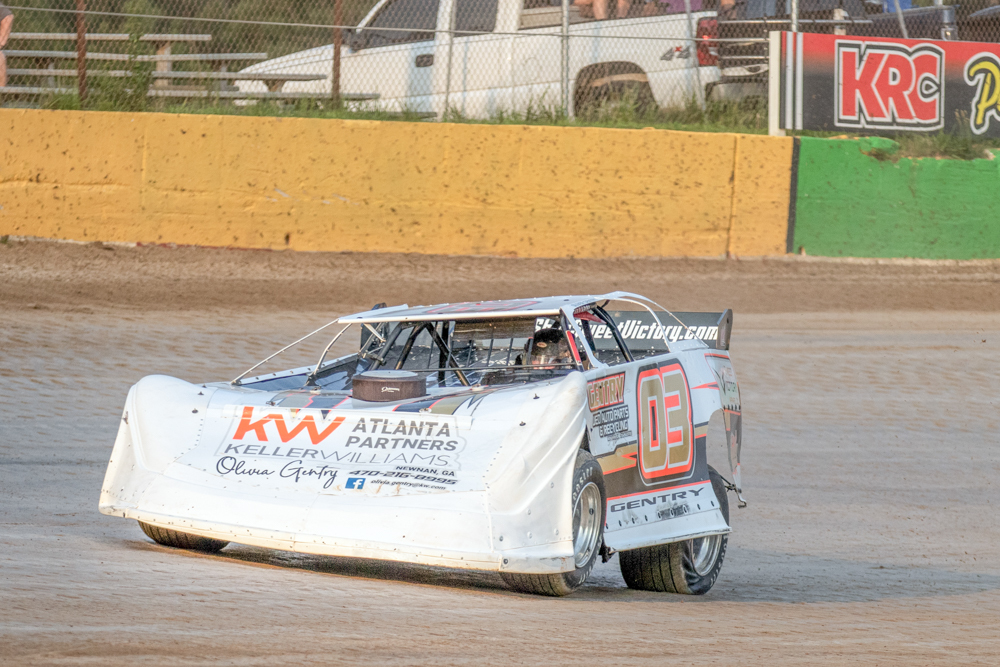 Newnan’s Oliver Gentry led 17 of the 30 laps in the Limited Late Model Feature.