After the recent EF4 tornado hit Newnan, and members of the community rallied together in response, Vina Kent, a local film producer, conceived a documentary to show off the response.


Kent said the goal of the documentary is to tell the story of Newnan before and after the tornado and how the community worked together to rebuild.

To fill out the production team, Kent recruited students at the Central Educational Center.

"It's been truly amazing. They're so talented," she said. "I think many of them are going to do amazing things. They were very hardworking and devoted and passionate, and they truly believed in the project. You don't get to see a lot of filmmakers that you work with have that kind of passion and desire when they're working and making a project."

CEC students who worked on the documentary said they took part in the project as a way to help the community in the wake of the natural disaster.

"I wasn't affected by the tornado; however, not everyone is as fortunate as I was, and I felt I needed to do something," Garrett Jones, a CEC student who served in the camera department, said. "This documentary was the best way I could use my skills to help."

One student who attended Newnan High School, Kasey Miller, said the tornado affected her by closing NHS for the school year.

So because of the tornado's impact on her, she took the opportunity to assist with the documentary by serving as a still photographer.

"It was good to help express the message in the film," she said. "It's very inspirational and the natural disaster documentary is a great thing to help the community."

The first day of filming involved the students going to a woman's home for an interview and to see the destruction caused by the tornado.

Jesslyn Clemens, a CEC student who served as a production assistant, said the interview was surprising as the woman described how small objects in her home weren't moved but larger objects, such as trees and furniture, were affected by the wind.

Another stand out, said Clemens, was hearing the effort a fire chief had to go through to get around and clear trees from the roads just to get to people who needed help.

"It was surreal to see the destruction this tornado caused," Jones said. "It was jaw-dropping."

On one of the days of filming, the production's Director of Photography, the head of the camera department, couldn't get down to Newnan, so the CEC were put in charge of the crew.

Jones said he was made DP for the day.

"You don't want to mess up – I'm a high schooler, and I haven't done too much, and you don't want to look bad in front of the industry professionals there. It made me nervous," he said.

Despite the nerves, the students credited their education at CEC for preparing them for their takeover of the production.

"With all the training and equipment, (Kent) still went over the process of how a real production set works," Clemens said. "I had to learn how she would do it. It was a learning experience that we went through."

"They threw us to the wolves, but we came out and learned a lot," Miller said.

The students said they think Newnan residents will be impressed when they see the documentary because of how it illustrates the community's ability to come together in times of crisis.

"Everyone putting their differences aside and coming together — it showed how strong Newnan is," Miller said. "They all came out and were there to support each other."

"A lot of what you'll hear is 'Newnan strong' and 'Coweta cares,' but once you really get down to the stores and hear what people have to say, you can really see how those words come to life," Clemens said. "A lot of what we experienced brought my eyes open."

Even Kent found the community's response immediately after the disaster to be surprising.

"You would think the roads would be empty, but they were backed up with traffic because you had people coming in wanting to do something," she said.

According to Kent, the documentary will likely be finished in the fall and will be made available on YouTube for Coweta residents to see. 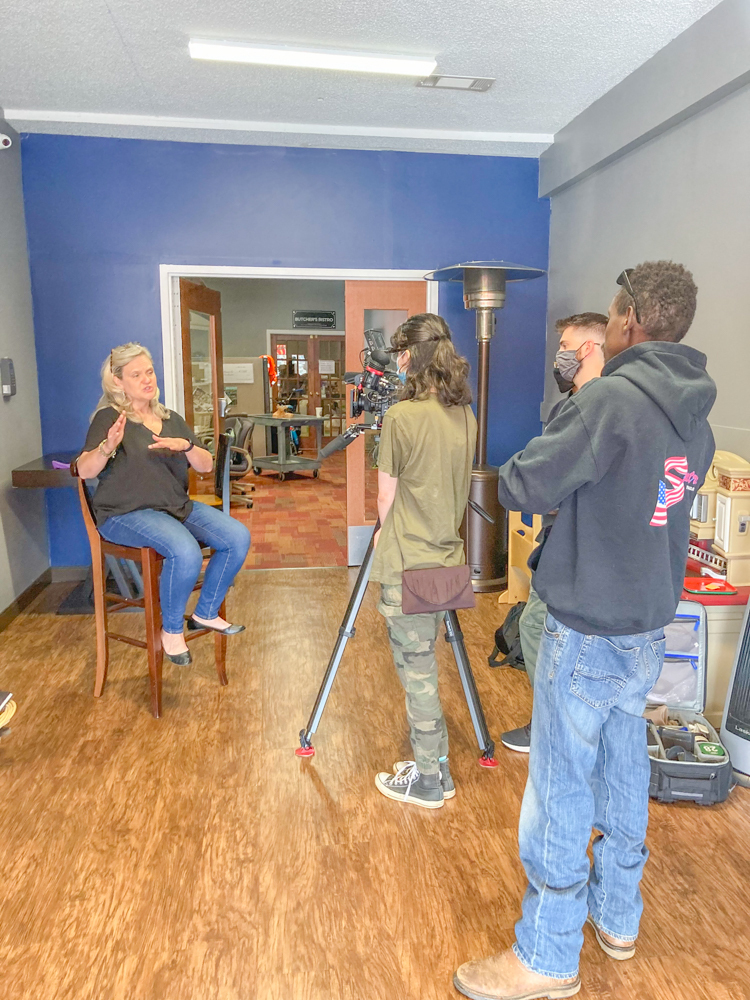 Kelli Yeager is interviewed by Taylor Kent and Liam Jordan for a documentary on the recent EF4 tornado that struck Newnan. 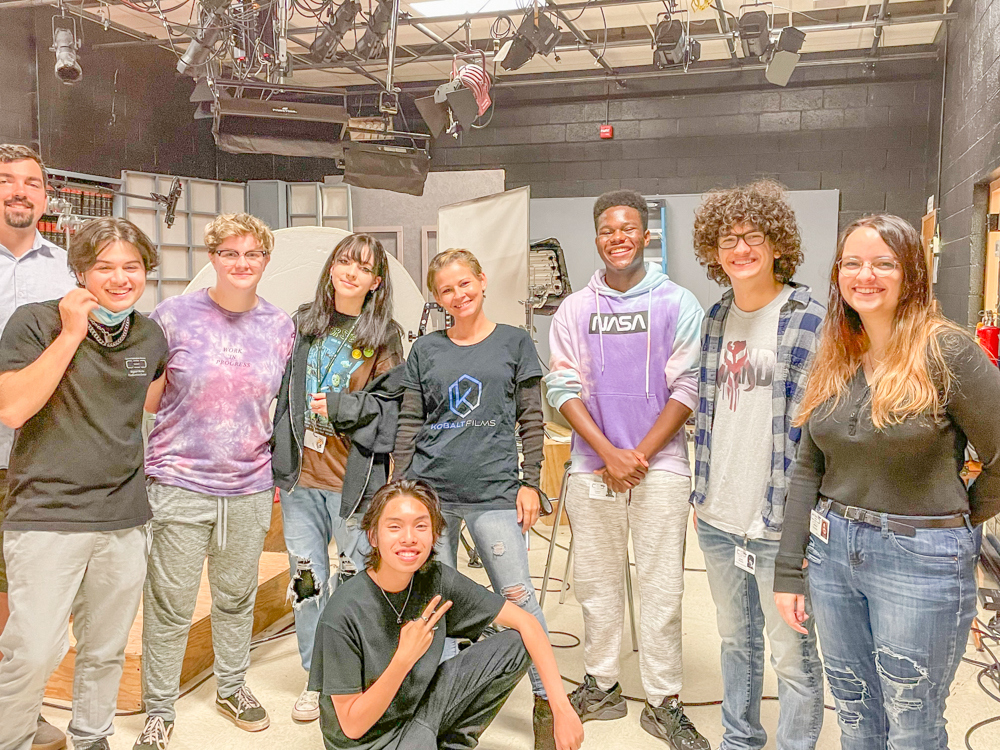