It was postseason baseball for the Senoia Athletic Association this past weekend.

In the 10U division, the Senoia Bombers finished the weekend with a 4-0 record and a league championship.

Under the leadership of Head Coach Jonathan Bouchard and assistant coaches Joe Christopher and Johnathan Wilson, the Bombers won the championship game 7-5 on Sunday behind the pitching of Brooks Christopher, Carter Bouchard and Wyatt Parris.

Key hits came from Christopher and Asher Harris to put the Boomers over the top. On defense, Will Banks, George Wilson and Christopher made exceptional plays down the stretch.

Coach Bouchard shared, “They played their hearts out and all our players earned the championship. We came together back in February, and with hard work, hustle and discipline were able to finish on top.” 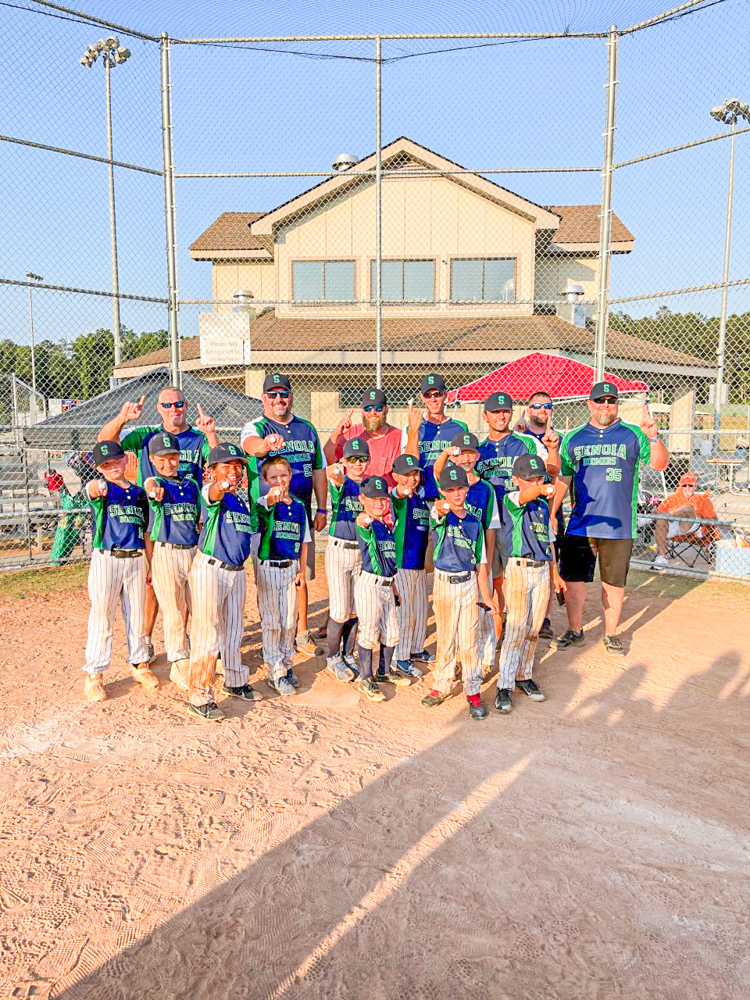 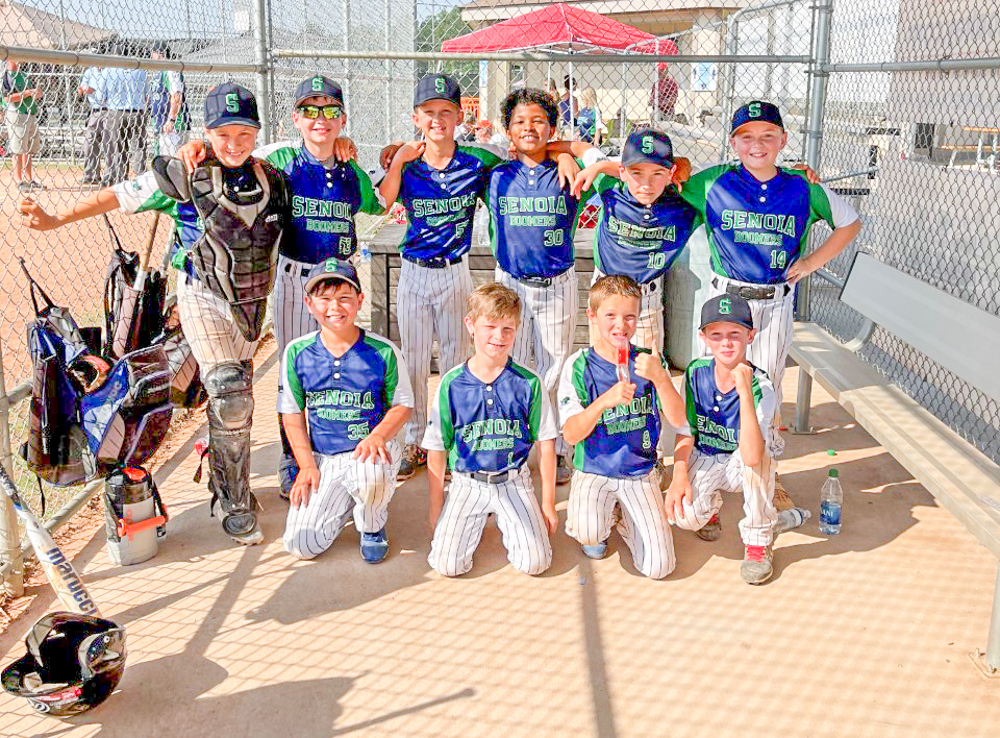 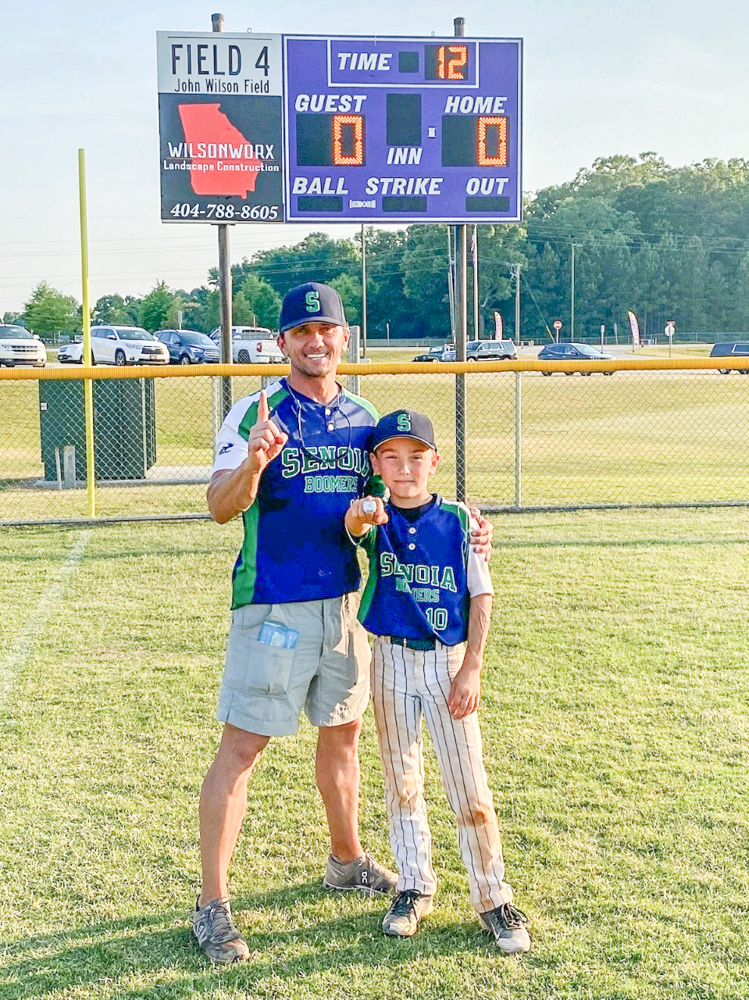 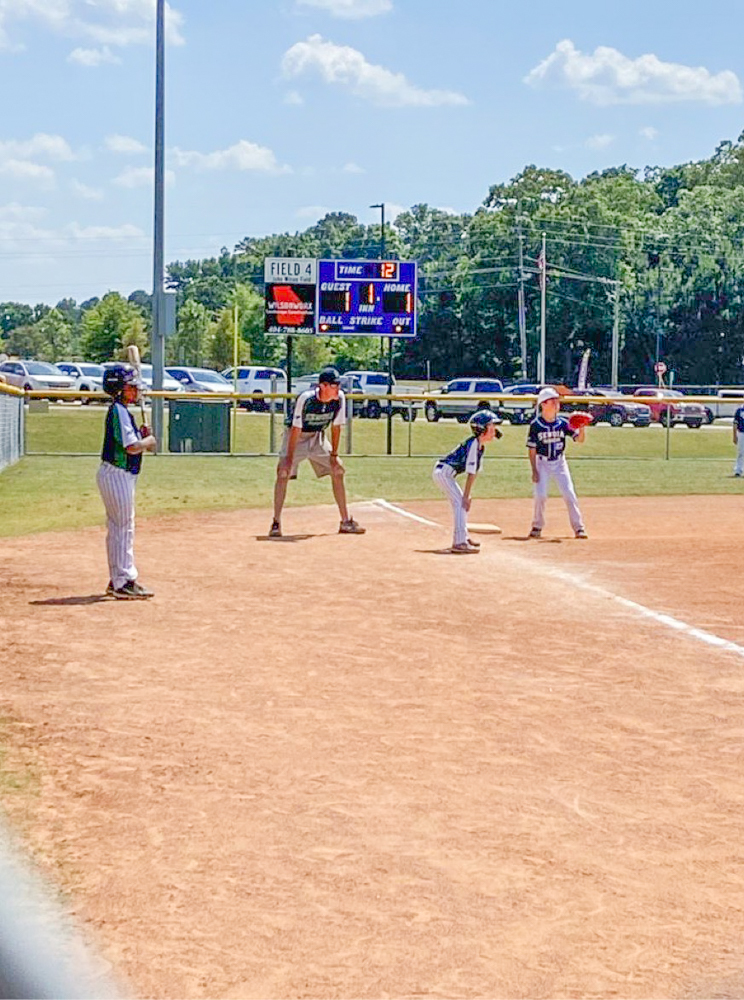 Coach Joe Christopher with his son, Brooks, on third base and Asher Harris on deck.