The Trinity Christian School Middle School track and field team wrapped up an exciting season at the Georgia Middle School Track & Field Championship on April 23 and 25 at Parkview High School in Lilburn.


After both girls and boys teams won the Georgia Association of Private and Parochial Schools Championships on April 10 over 20 member schools, Trinity sent 28 individuals of their 56 member strong roster to compete against private and public schools all over the state. At the end of the meet, the Lions boys team stood at 11th of 55 middle school teams, and the girls finished 13th of 55.

The weekend was a great finish to an exciting season where 13 of 23 school records were broken by the boys team and 12 of 13 for the girls. The future is bright for the Lions as many of the top contributors this year were sixth or seventh graders. 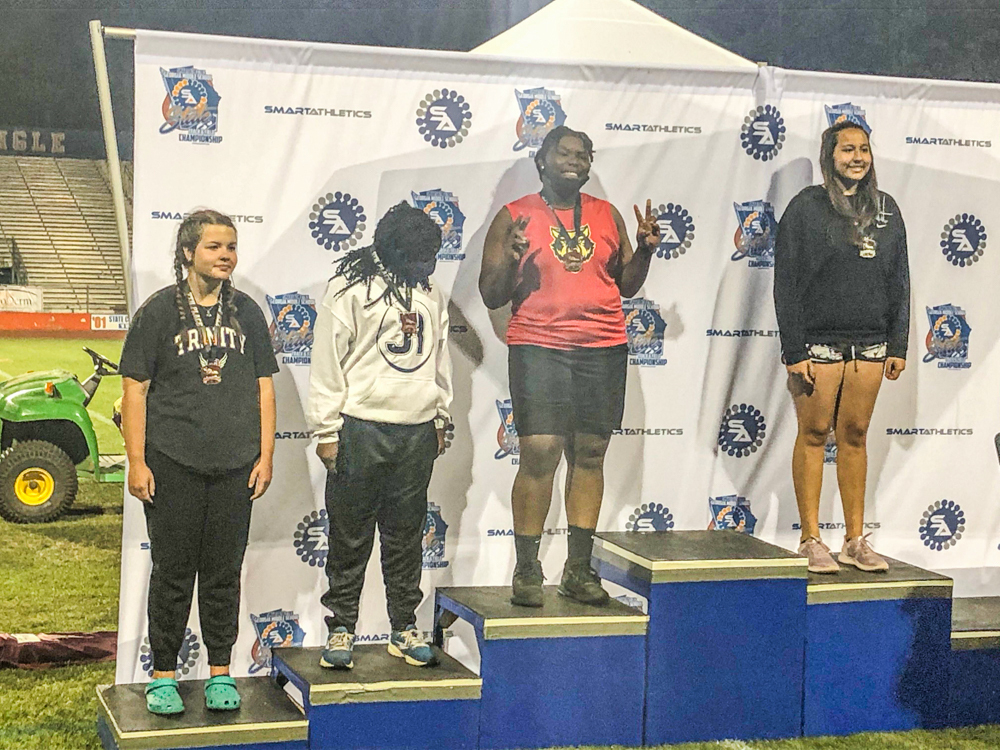 Jenna McConnel being recognized on the podium for placing seventh in shot put. 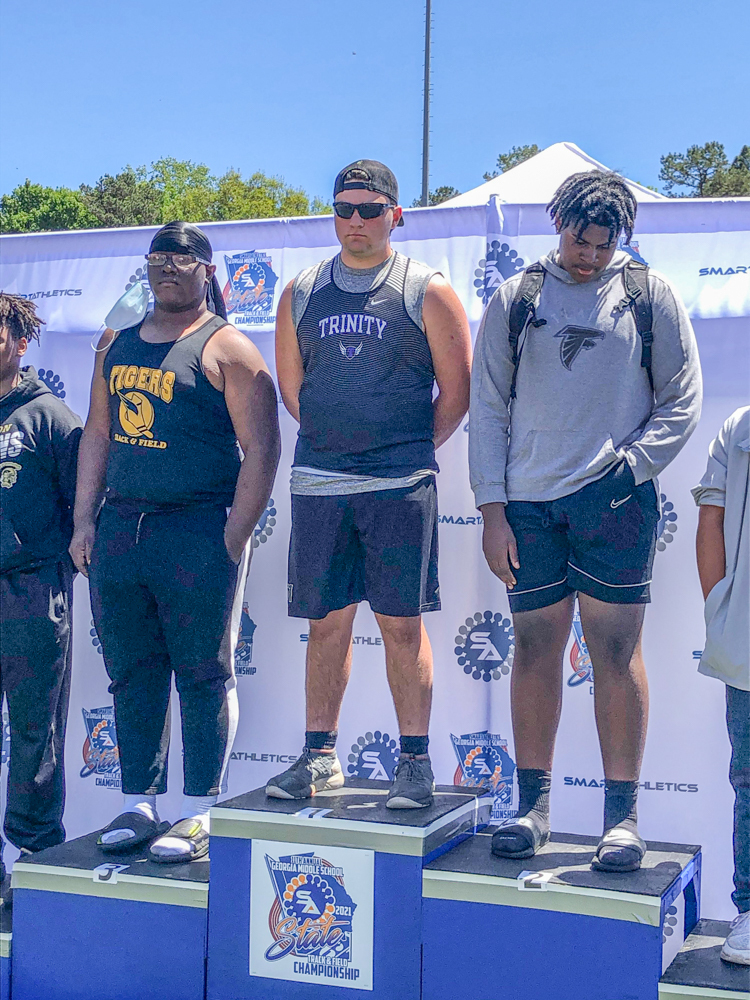