Friday evening marked the end of the rivals’ three-game season series, with the Heritage Hawks defeating the Trinity Christian Lions in a pitcher’s duel to win the rubber match, 3-0.

Unlike the first two games of this series, runs were hard to come by for both teams on Friday. Even more so for the Lions, as third basemen Tai Peete was the only Lion to find his way into the hit column. Getting on base seemed to be a lost art for both teams as both teams combined for six hits and three bases on balls.

In a game where some may have hoped for another duel in the batter’s box, the bats almost went quiet while the starting pitchers showed their dominance. Pitchers Aedan Cates and Luke Stoffle combined for 18 strikeouts for the evening. Both pitched complete games for their team, allowing their bullpens the night off.

However, despite Cates throwing a complete game, he ran into some trouble in the third and fifth innings after shutting out the visiting Hawks in the first two frames of the ball game. In the third, Cates surrendered a two-run home run to Harris Celata, and later in the fifth inning Evan Jackson scored the last run of the game for the Hawks, reaching home on an E5.

Prior to Jackson pushing across the Hawks’ third run, Andrew Rich attempted to do the same an out earlier, but was gunned down at home, due to a Jimbo Bachelor beam from center field to home plate.

After the fifth inning, the Lions reached base on only two occasions, both due to their batters being hit by pitches. In the bottom of the seventh, Stoffle’s dominant evening finally came to a close in fitting fashion, striking out the last three of the four batters he faced in the half inning to secure the season series for his team.

After the game skipper Ryan Danbury had this to say about Stoffle’s complete game: “That was big for him to come in and go seven innings of one-hit ball – the first batter of the game was the only one to get a hit, then after that he cruised.

Despite Cates taking the loss in the pitcher’s duel, he has pitched masterfully throughout the series; here’s what Lions head coach Blake Austin had to say about his series performance: “He’s got 15 innings in this series here, and he’s given up zero earned runs, so he’s giving us a lot of quality innings.” 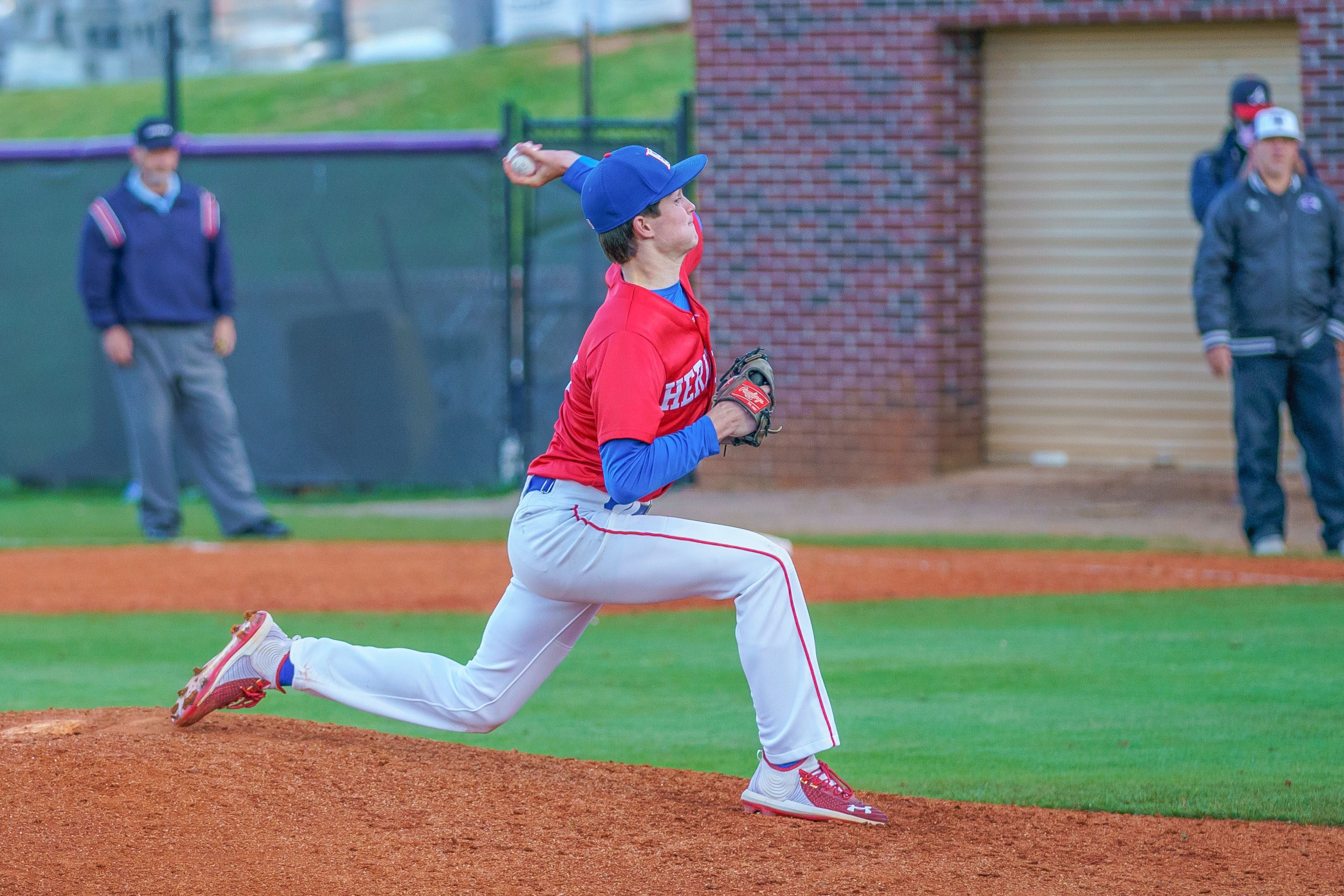 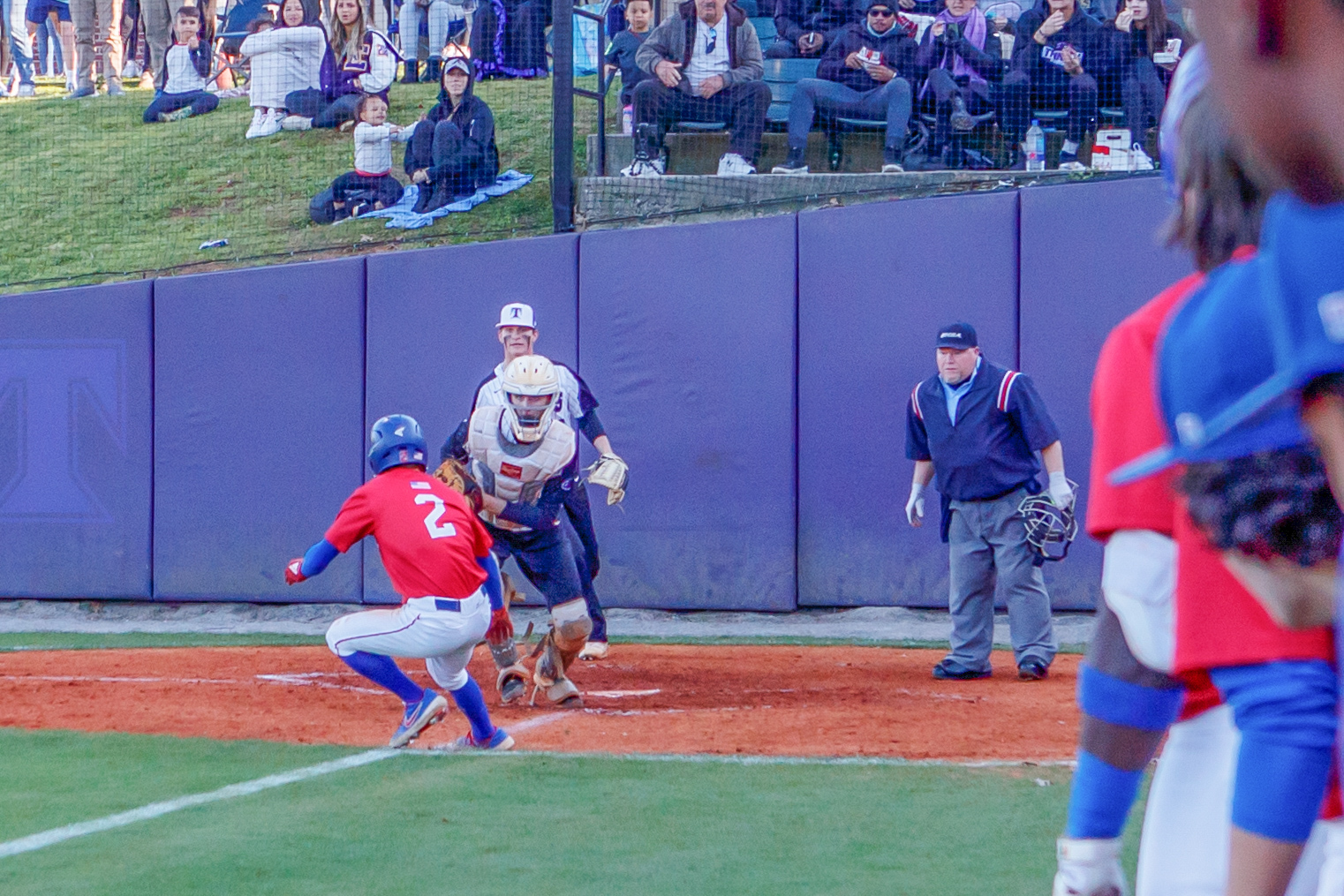 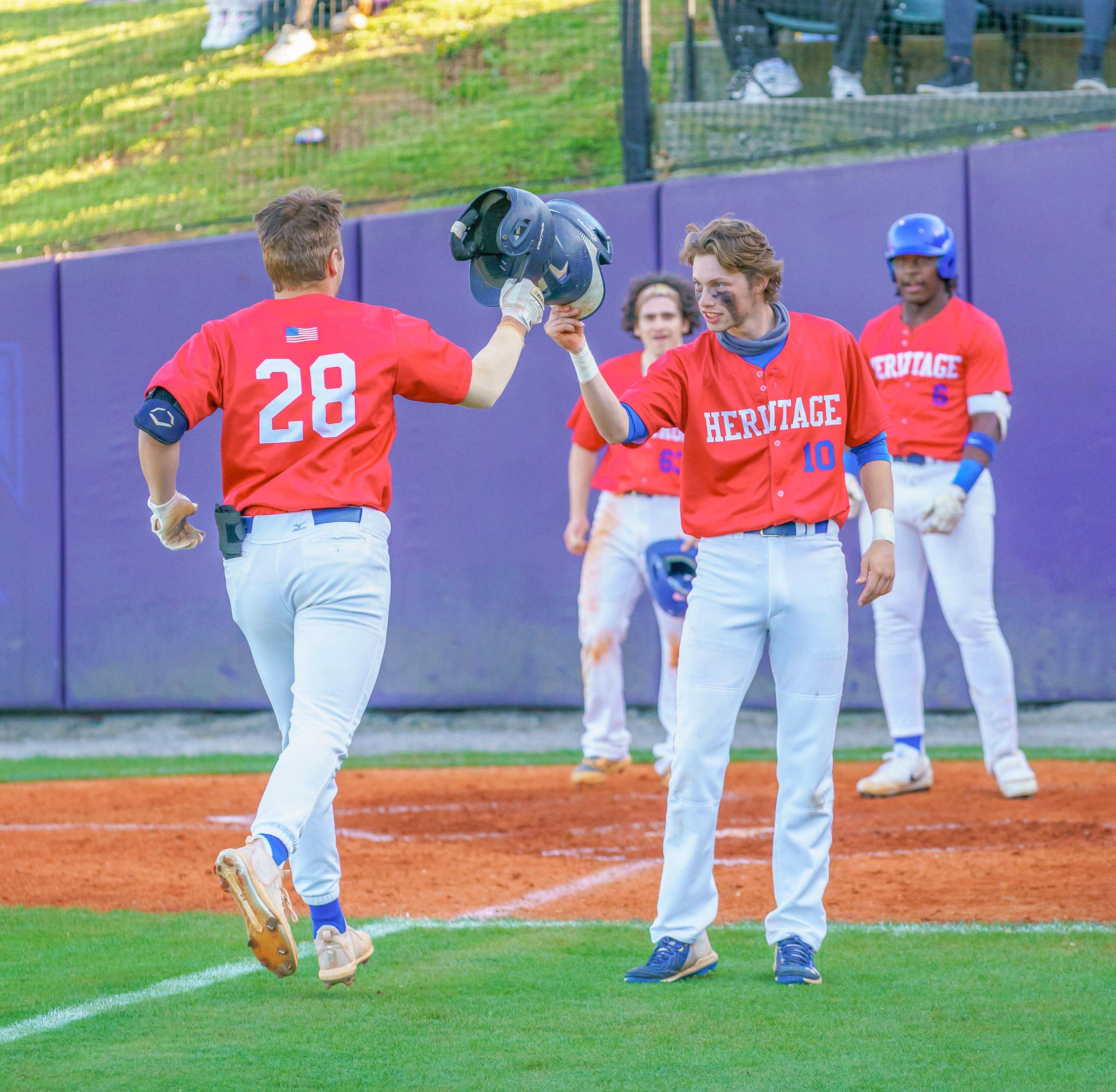 Harris Celata celebrating with #10 William Bryant after driving him in after a 2-run HR. 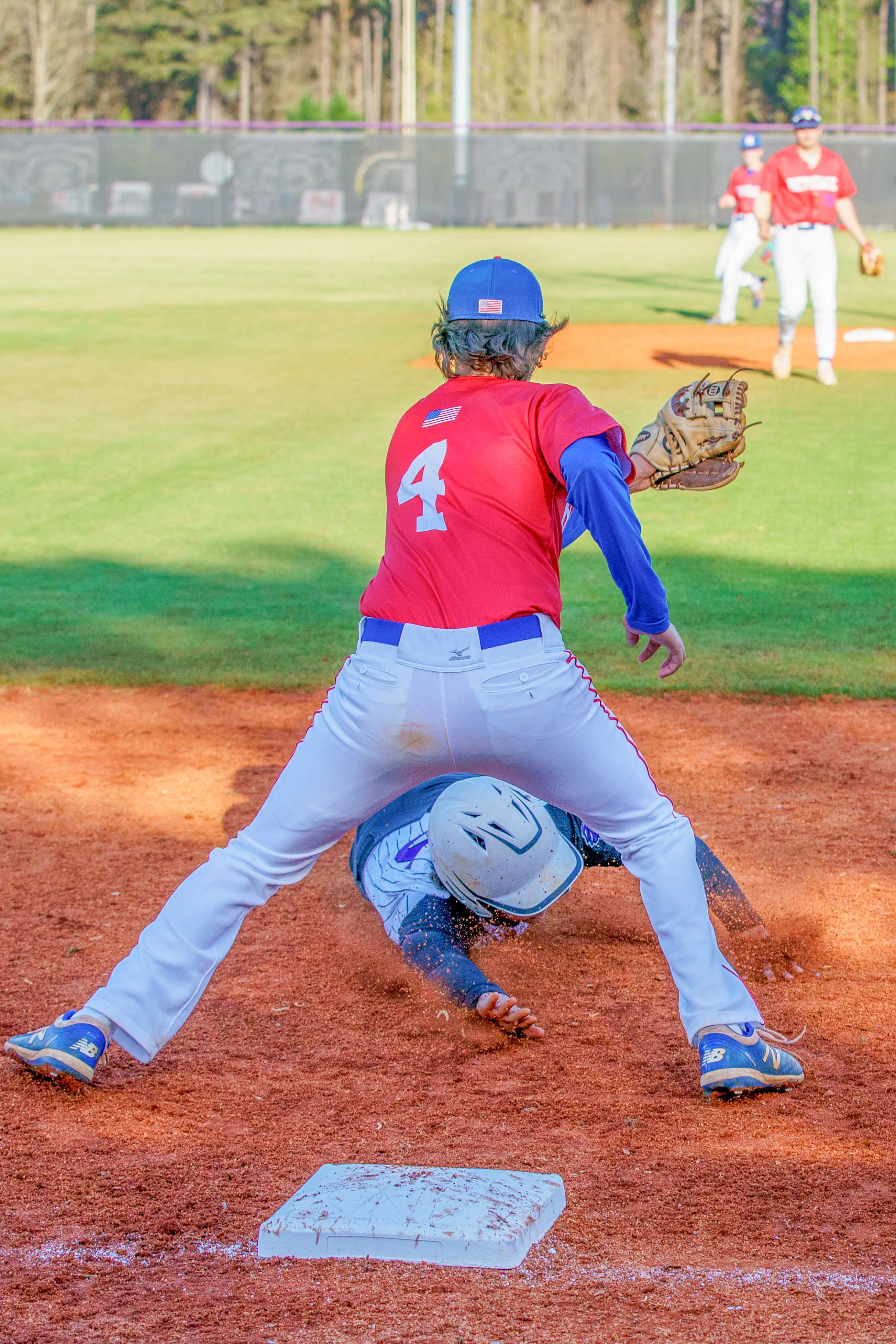