With stiff competition from all over Georgia, Logan Ray and Aaron Fenimore from East Coweta captured wins.

For East Coweta, Ray captured the 1,600-meter run with a time of 4:17, and Fenimore won the shot put with a throw of 52-08. Other Indians top finishers included Hannah Kunkle in the discus and Matthew Moore in the boys 3,200-meter run.

Bryce Hackworth from Trinity Christian won the girls pole vault championship with an effort of 9-07 and Reagan Rodgers finished fourth in the girls’ high jump. 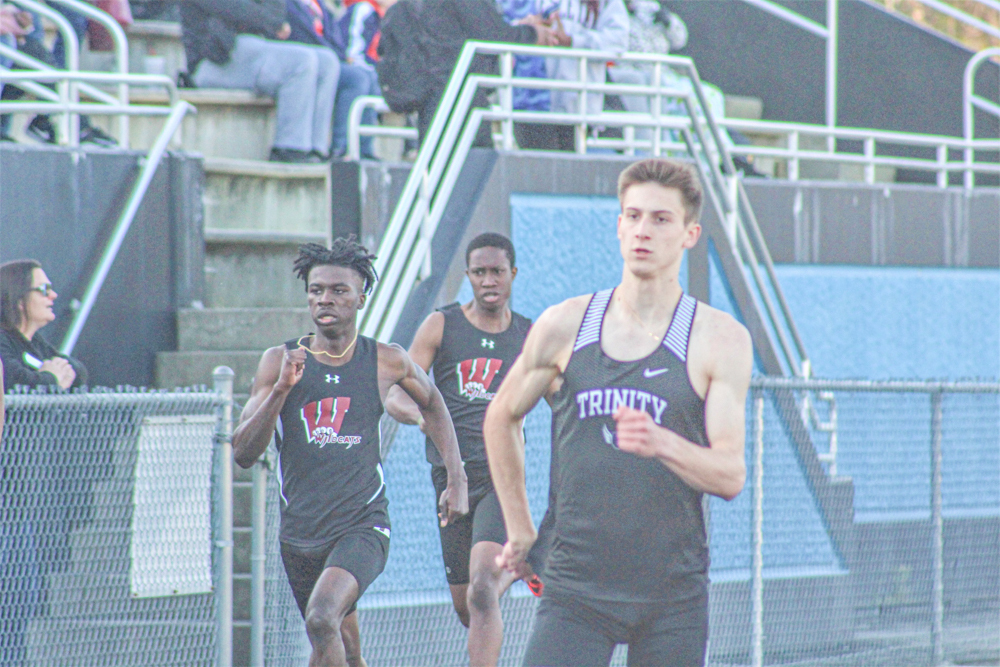 Bryan McGuire from Trinity Christian set a personal record in the 400-meter dash with a 51:52. 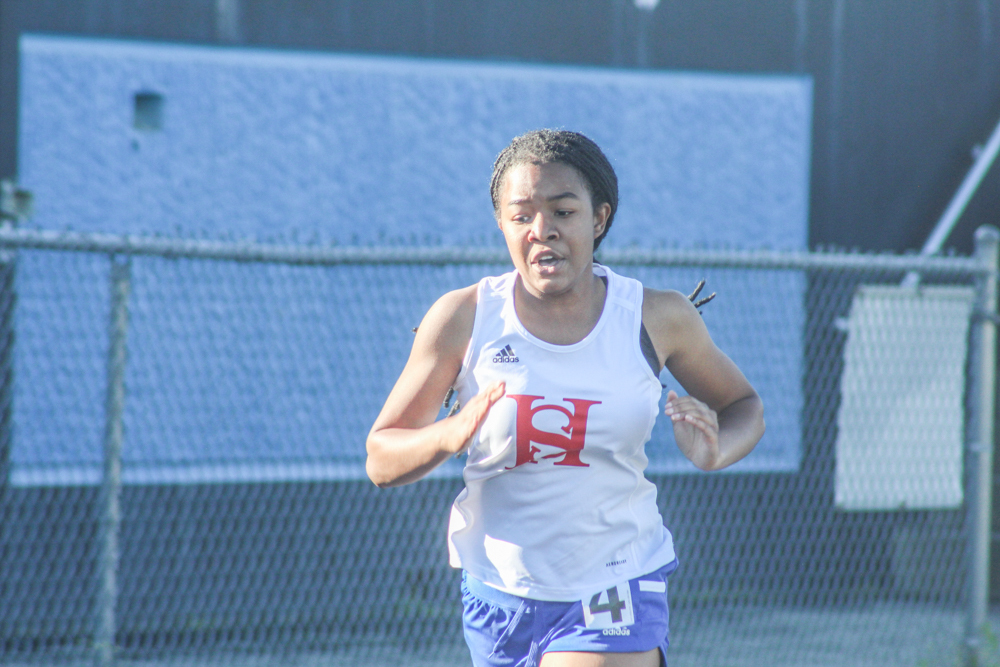 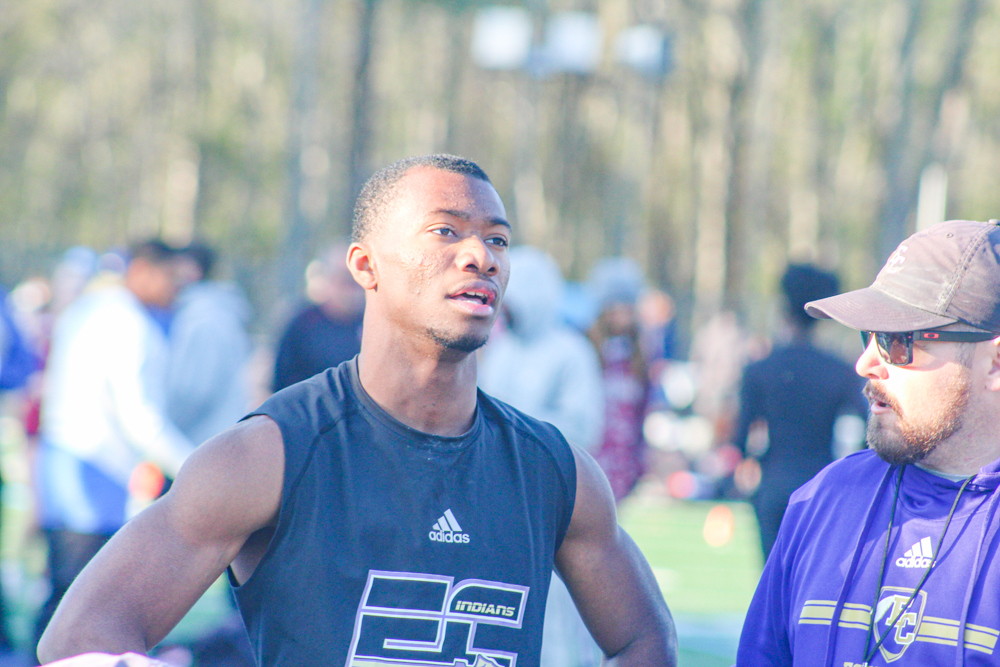 Joshua Goffe had a top-10 finish in the boys 400-meter dash and led the East Coweta 4x400 relay team to seventh place. 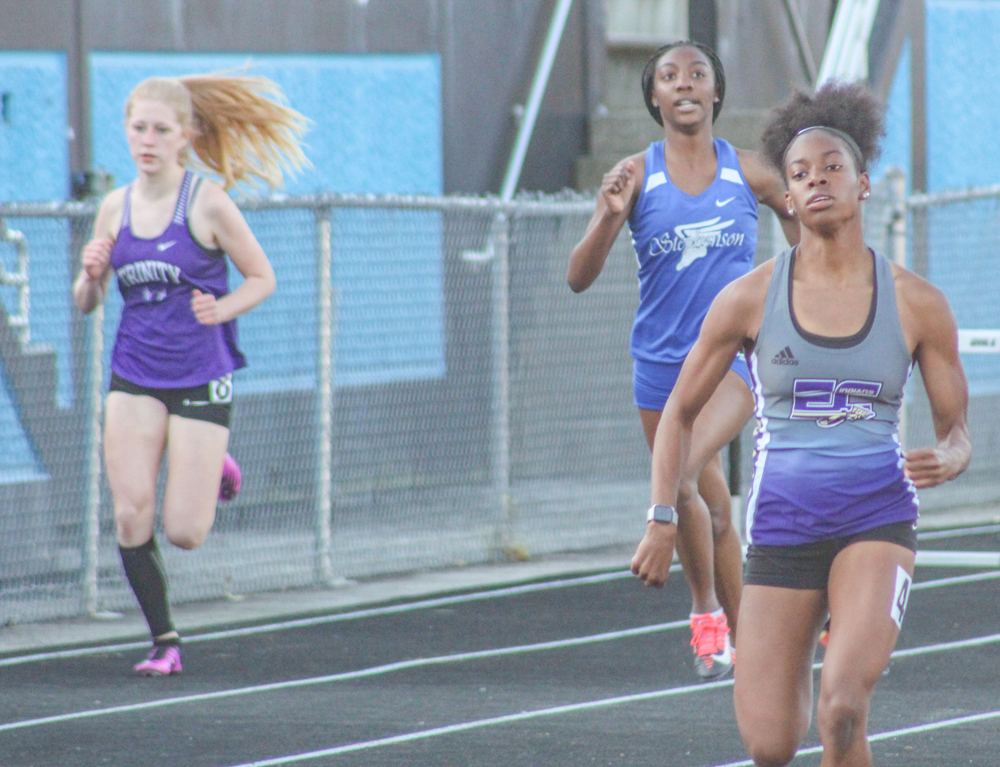 Marshawn Belton of East Coweta in the Girls 300-meter hurdles. Emily Harris from Trinity Christian is in the outside lane. 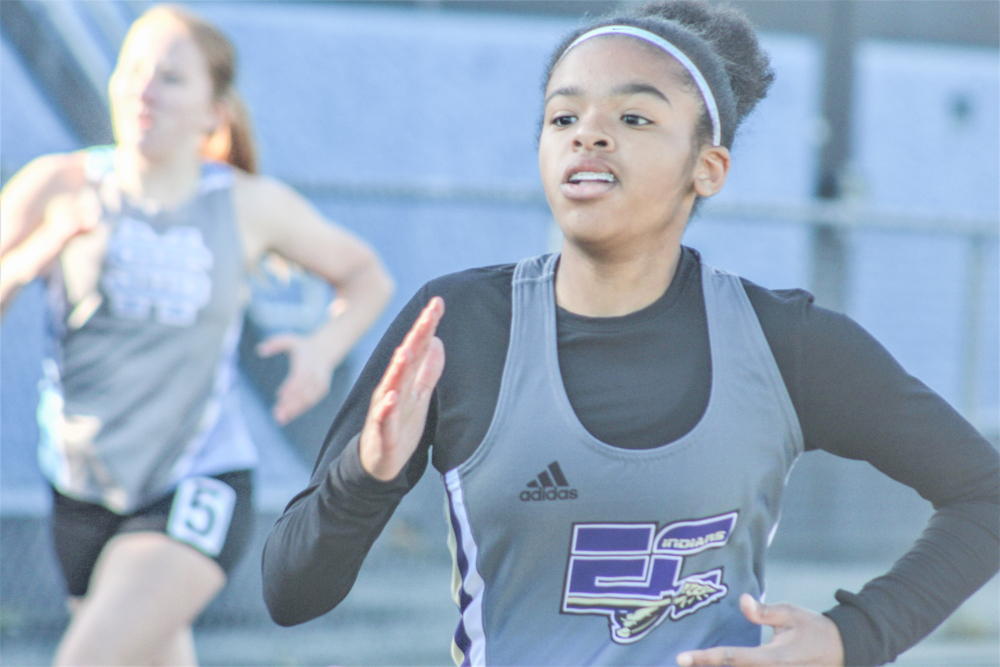 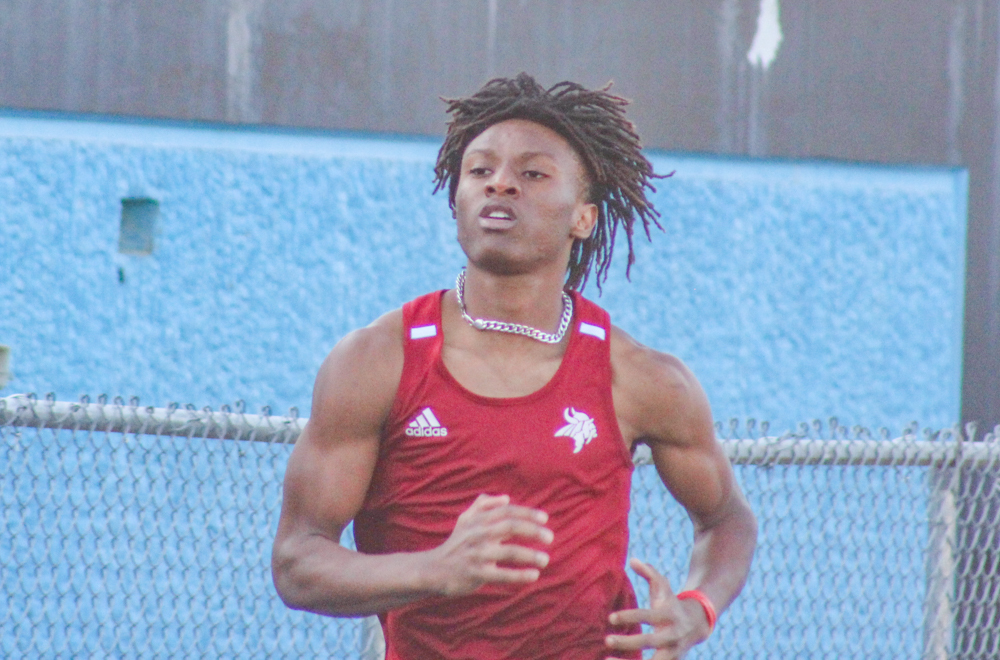 Antavius Lee from Northgate finished 16th out of 47 competitors on the boys 400-meter dash.