After a bizarre ending to Monday night’s game between rivals, Heritage Hawks and the Trinity Christian Lions, they convened at Heritage for the second game of the series.

However, Tuesday the Hawks brought the lumber, scorching the Lions pitching staff who gave up three home runs and 10 runs on the night to even up the season series 1-1.

Falling behind two runs in the top of the first inning, the winning pitcher and catcher duo, Eli Garrett and Harris Celata were able to get on base via the single for cleanup man James Thorpe to drive them in on a monstrous three-run homer, snatching the lead from the Lions.

“Last night he struggled, and for him to come back like that and respond, that was huge. It was big for this team because we needed that,” said Hawks Head Coach Ryan Danbury about Thorpe’s momentum stealing home run.

After taking the lead in the bottom of the first of the first inning, the Lions managed to tie the game three-all, as Tai Peete batted in Max Gosdin on an RBI single. Despite the Lions' retaliation the Hawks kept their foot on the gas pedal, regaining the lead once again, but this time going up two runs, due to a Calvin Baker home run and an Eli Garret RBI double. The following inning the Hawks ended up knocking Lions starter Connor Smith out of the game after two innings of work.

Since regaining the lead in the bottom of the second, the home Hawks never looked back, driving in five more runs before the night came to a close. Following a winning 2.2 innings pitched, Harris Celata was relieved by Evan Jackson, who hurled masterfully in three innings of work surrendering only one earned run, four hits, while striking out five batters thanks to a slider that seemed impossible to hit due its late snapping movement.

Starting shortstop Calvin Baker, who earlier in the game hit his first home run, was asked to close the game in the seventh inning, and he did so, striking out three of the four batters he faced; sealing the game for his team and the home crowd, 10-5.

After the game Coach Danbury gave his reasoning on his decision to go with Baker in the seventh: “We’ve had to games recently where he’s came in and closed it out, he’s kind of our long reliever, slash come in and close, but we really brought him because we knew they had some lefties coming up. But he’s done so well these past two times this could be some where he stays.”

Despite losing by five runs, the Lions were able to out hit the Hawks eight to seven but unfortunately led in the error category by one. Lions third baseman Tai Peete finished the game with a perfect 4-4 night at the plate to go along with two RBIs.

Friday both teams will meet at Trinity to conclude the three game season series. First pitch will be at 5:30 p.m. 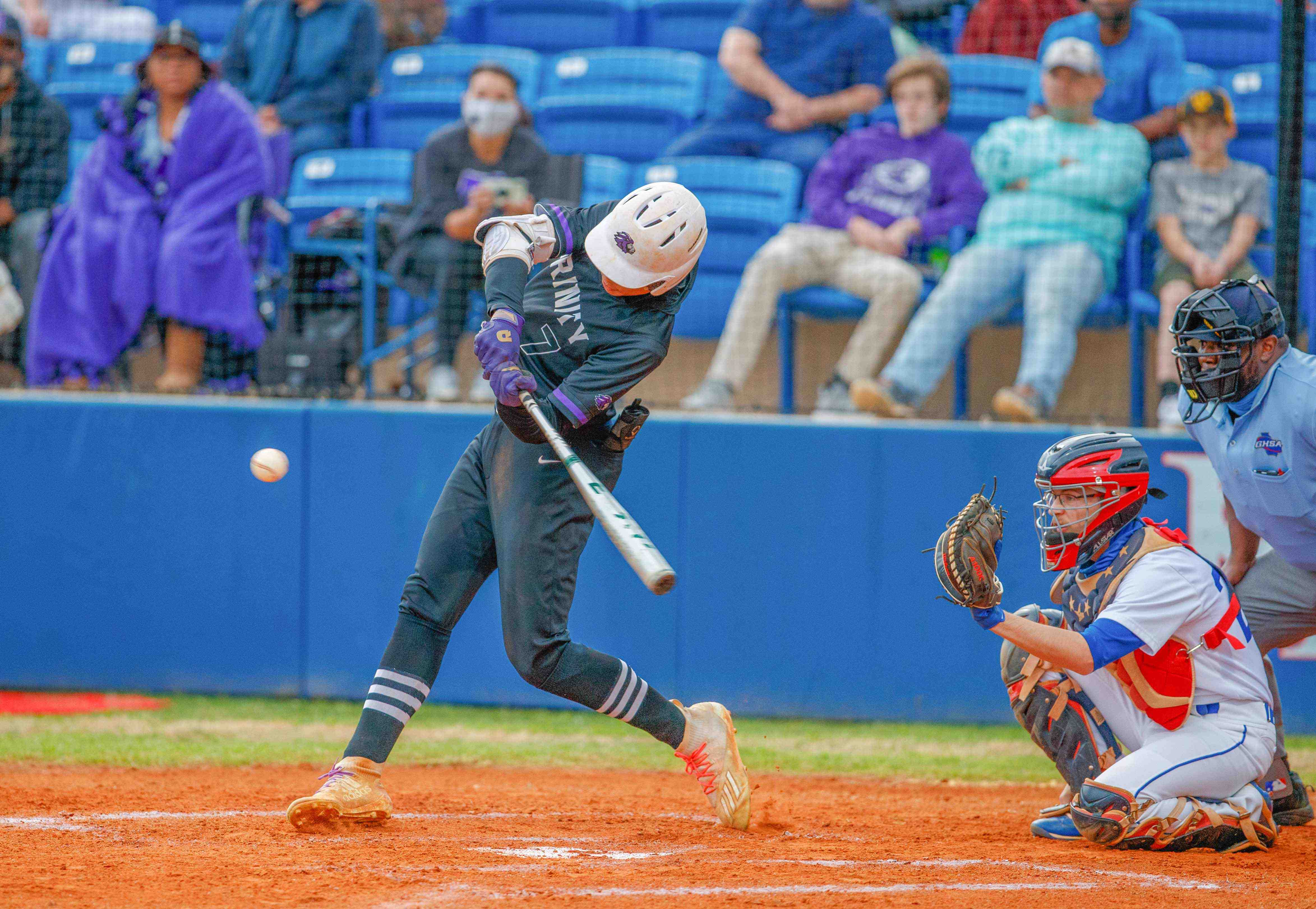 Trinity Christian Lion Tai Peete went a perfect 4-4 at the plate to go along with two RBIs. 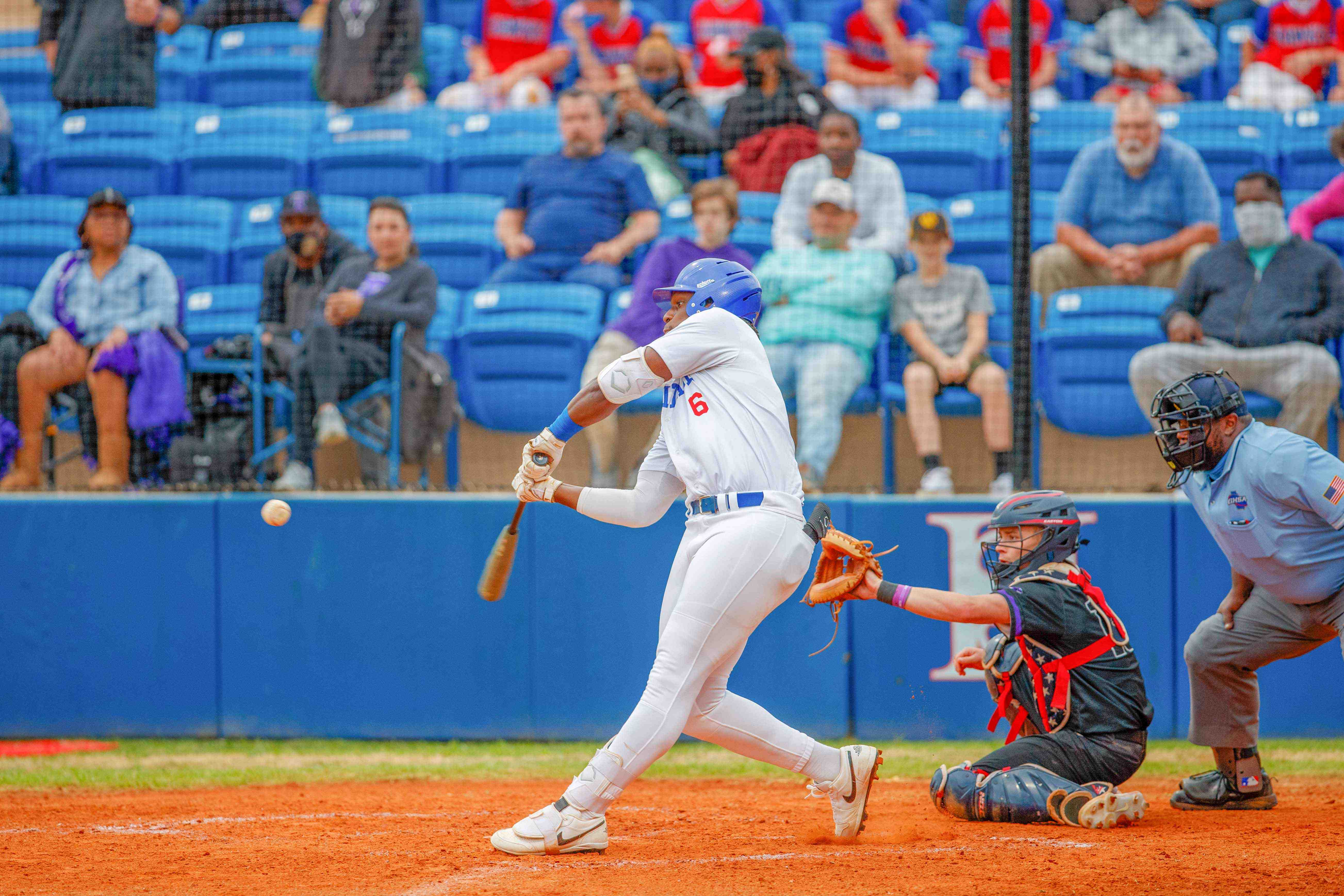 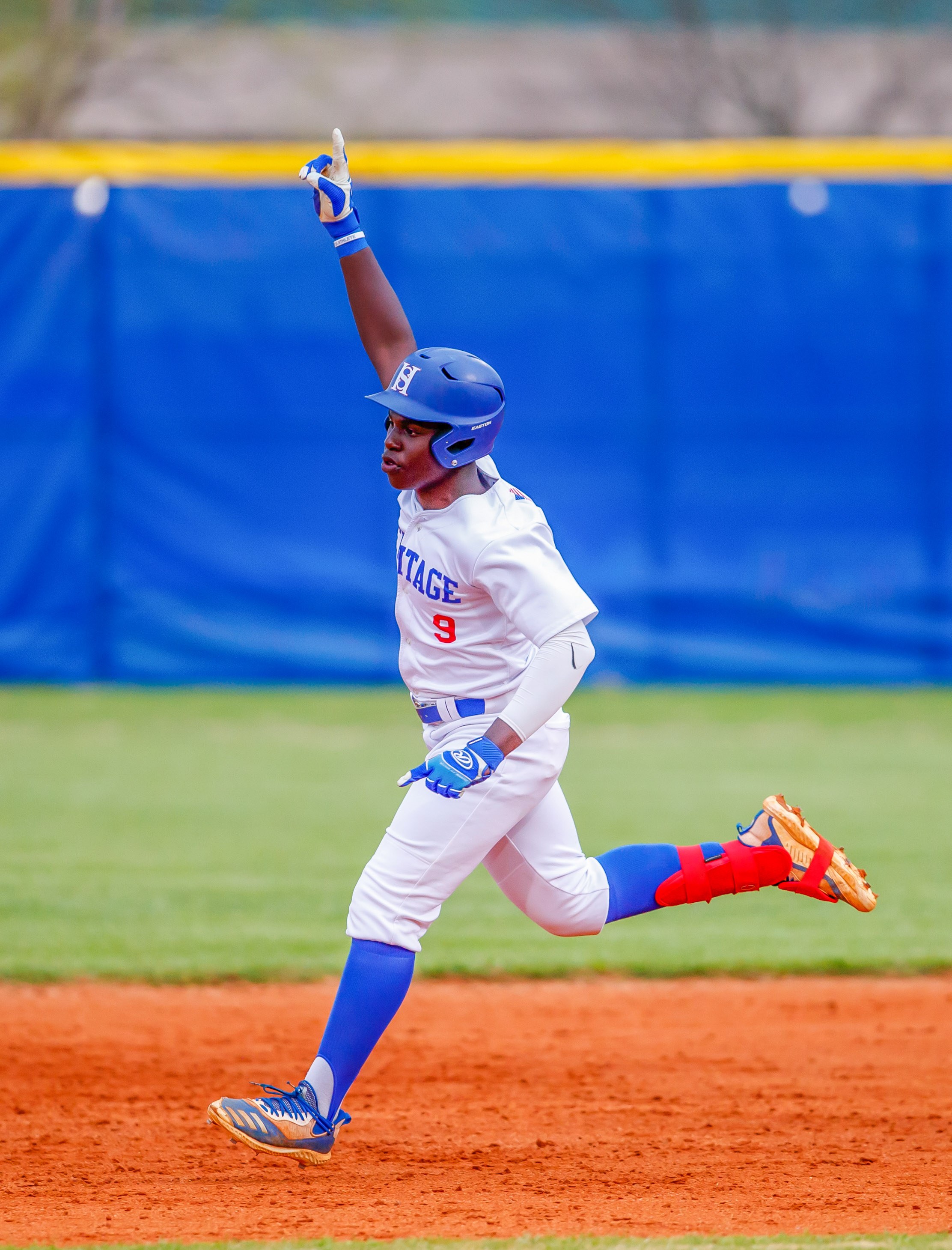 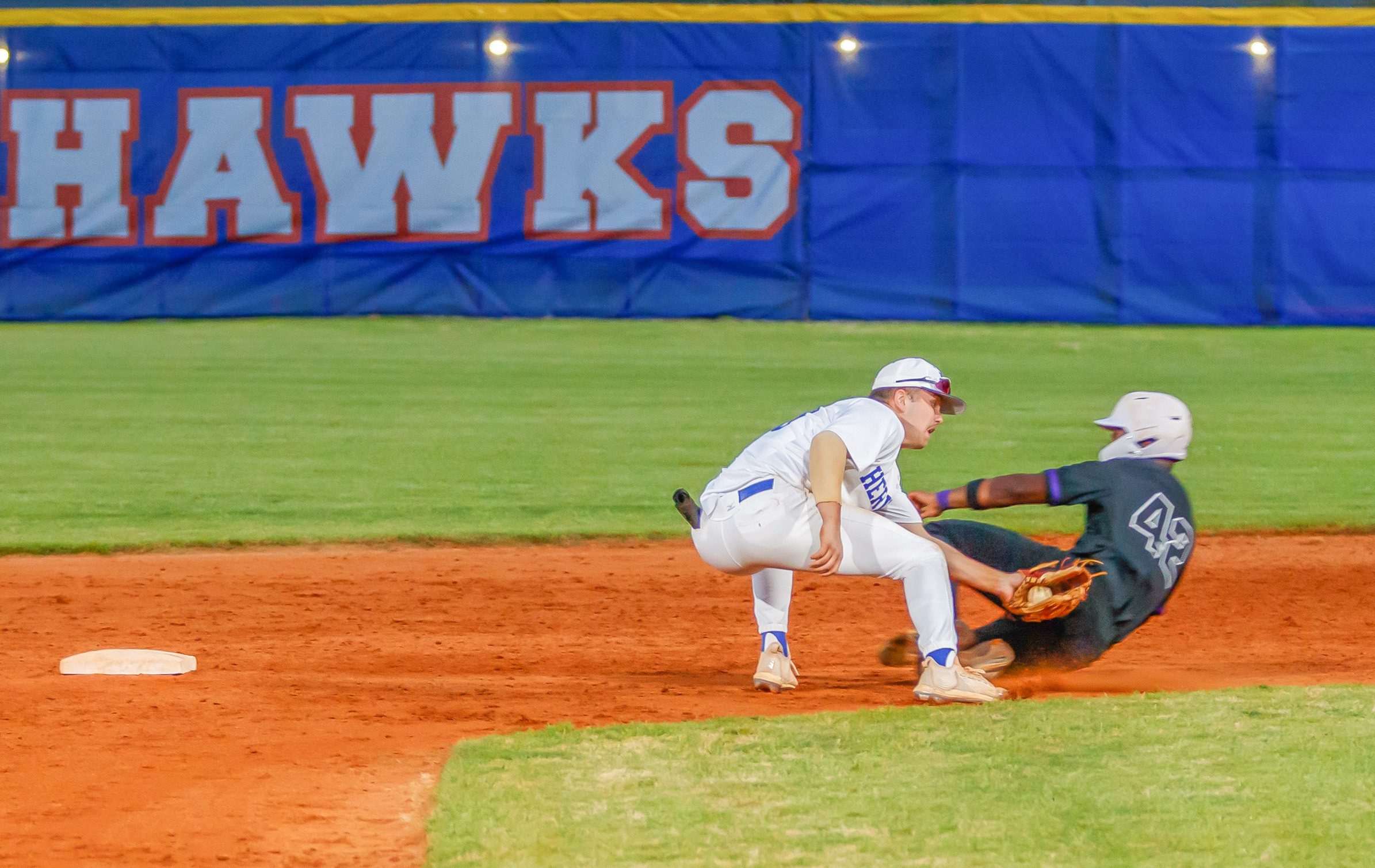 Trinity Christian Lion Jayce Balock gets gunned down at second on his attempt at stealing second base.