Arnall: Back To Back Champs

Northgate Lacrosse Duo moves to the next level

Underhill named Region 2-7A baseball player of the year

It was the first home game for the Newnan Cougars since March 22. Even though it was not Joe Pope Field, it was still great to play in front of the home crowd at Northgate's Hamilton Field. There will be a day when the Cougars return home, and that will be a great day. But until then, they will rely on their county neighbors' hospitality to finish the 2021 season.

After falling behind early 7-0, the Cougars clawed back. They had the winning run at the plate in the bottom of the seventh, but came up just short to the East Coweta Indians, 8-6.

There was electricity and anticipation in the air before the first pitch was thrown. It was a game of such importance that the GHSA had three umpires working instead of the normal two.

Michael Maginnis led off for the Cougars and drilled the second pitch he saw into left field for a single. An out later, he got a great jump and stole second for the Cougars’ first scoring opportunity of the evening. Yates Kelleher followed that with a walk, but Indians starter Jansen Kenty was able to wiggle out of trouble.

East Coweta scored first. With two outs in the bottom of the second, catcher Hayden Blair wristed a ball into left field for a two out single and scored when John Monnin drilled a ball to deep center for the first run of the game. Evan Doss followed that with a single that scored Monnin and it was 2-0.

The Indians seemed to break the game open in the top of the fifth. Dekel Williams, Landon Underhill, Quinlan Wiley, Kenty and Blair all had an RBI in the frame.

From there, the Cougars started to slowly chip away. Chasin Cash and Bryson Duncan drove in the Cougars’ first two runs of the contest. They scored two more the next inning on a deep home run from Maginnis to make it 7-4.

Great defense kept the Cougars in the game. The Indians loaded the bases in the top of the sixth and looked to put things away, but Dalton Anderson pitched out of it with a force out at home and then an inning-ending double play.

Monnin hit a deep home run in the top of the seventh for East Coweta which proved to be a pivotal run.

The Cougars made it interesting in the bottom of the seventh, Cash reached on a hard ball that skipped past the shortstop and Brysen Duncan, and Logan Carroll drew walks to load the bases with no one out.

East Coweta Head Coach Franklin DeLoach countered with relief pitcher Wiley. After giving up a run for an out to make it a 8-6 game, Wiley was able to retire the side and earn the save.

After the game, Coach DeLoach talked about the number of walks both teams had.

“A little more free passes than I like,” DeLoach said. “I think (Newnan Head Coach) Gilmore would say the same of his squad. We walked at least seven, and then we hit the batter for eight. Eight free passes on our side. I think both coaches would like to say do a little bit better job on that probably. But hey, tip your hat to the kids from Coweta County. Good baseball from both sides.”

The win improved the Indians to 19-6 on the season and 6-2 in region play. They trail the region leading Campbell Spartans, who they will face on the road Friday night, by a half-game.

With the downtime the Cougars experienced from not being able to play after the tornado, there are a lot of games to make it in a short time. They are on the road Wednesday and Thursday night against McEachern and Campbell before coming to their other temporary home at East Coweta on Friday to face Union Grove. 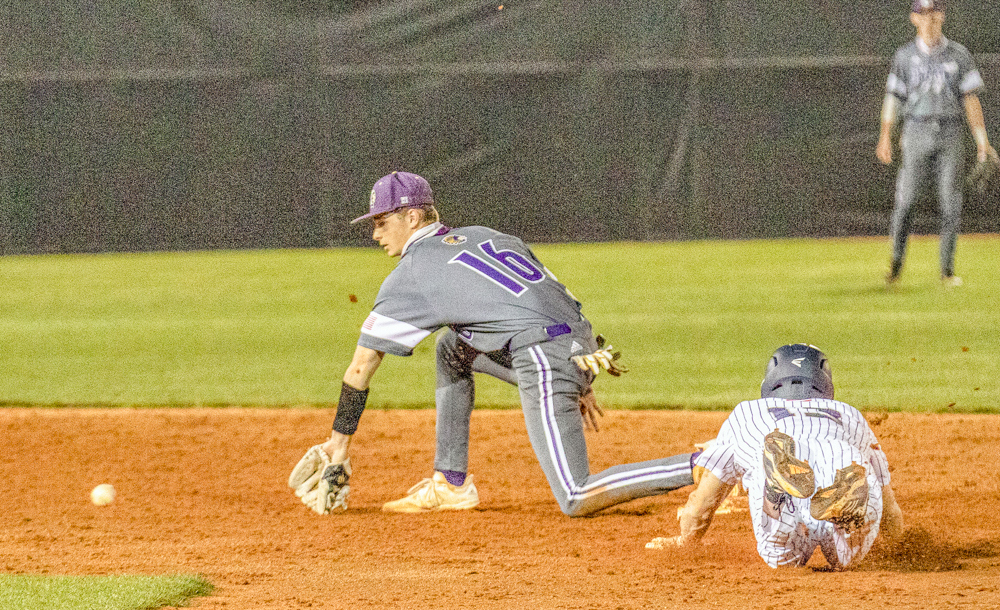 Nico Senese fields the throw as Jaxon Dennis gets the stolen base for Newnan. 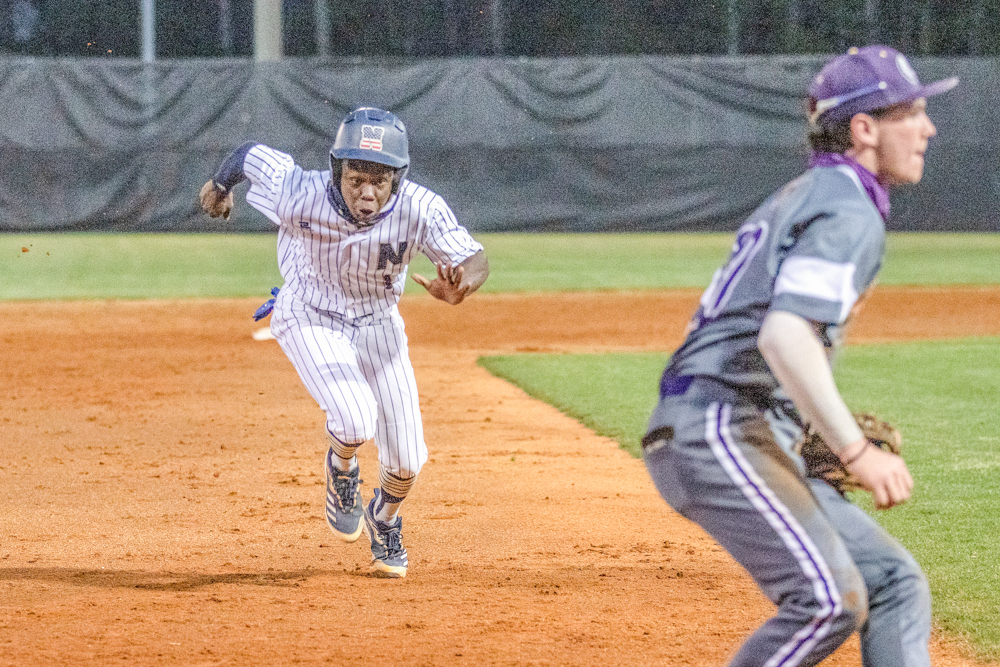 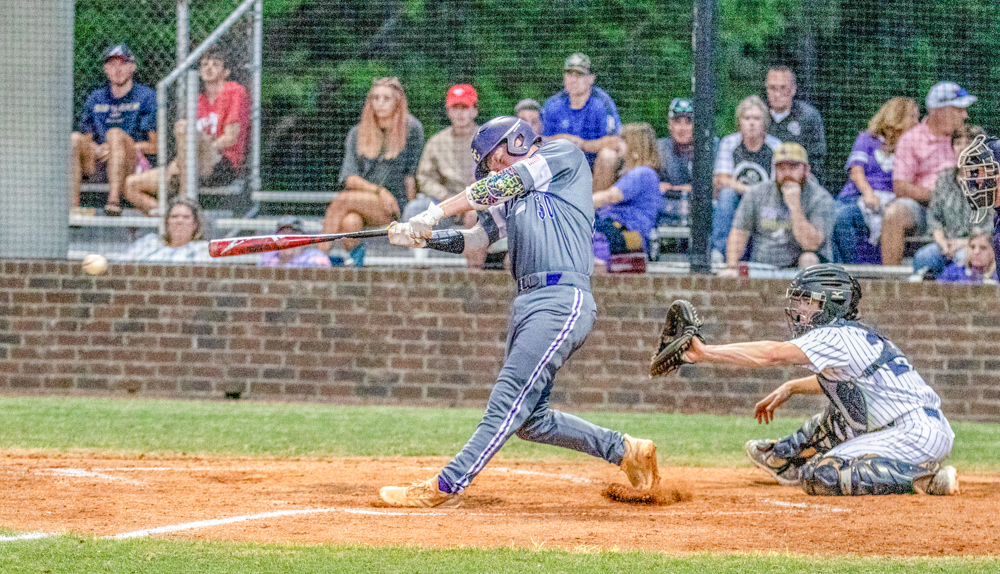 Evan Doss drives in the second run of the night for the Indians in the 8-6 win over Newnan. 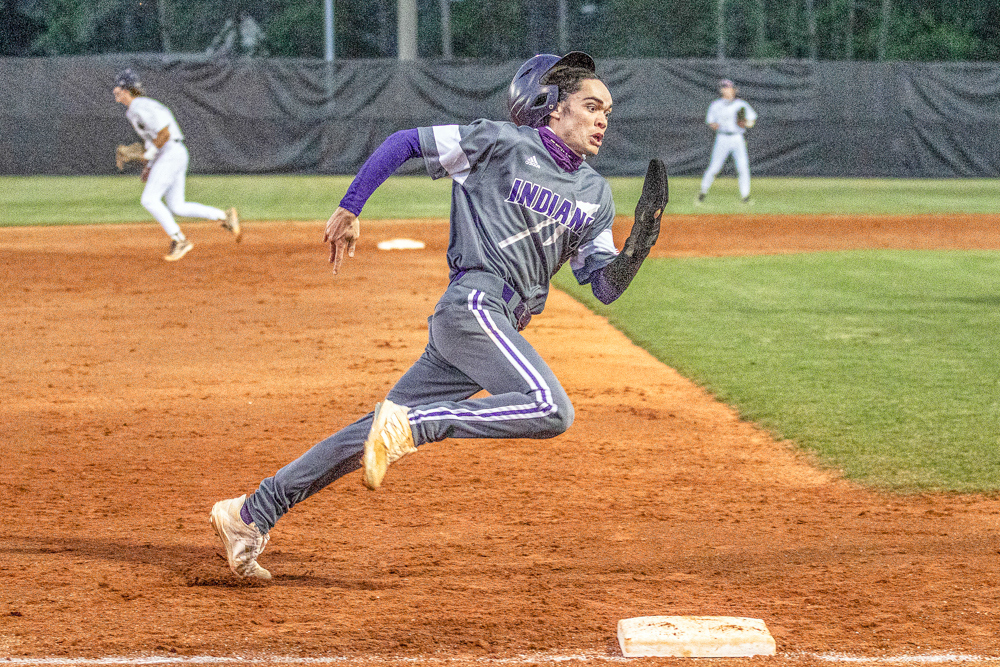 Maximum effort: Zach Carlton rounds third on the way to a run in the fifth inning. 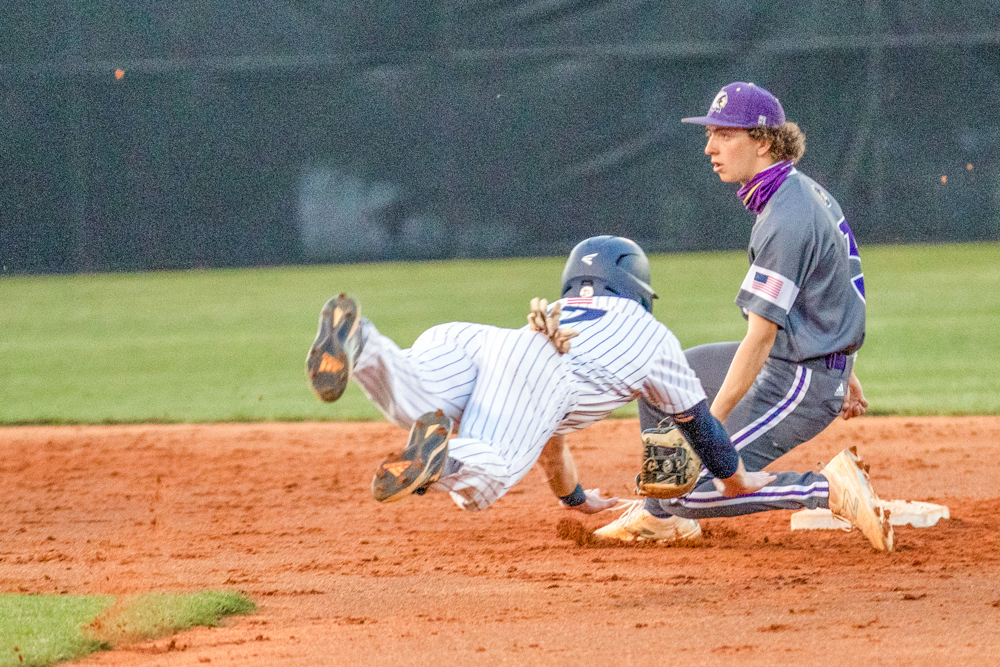 That Jett is flying: Jett Lovett slides into second with Indian Mason Pearcy looking to apply the tag. 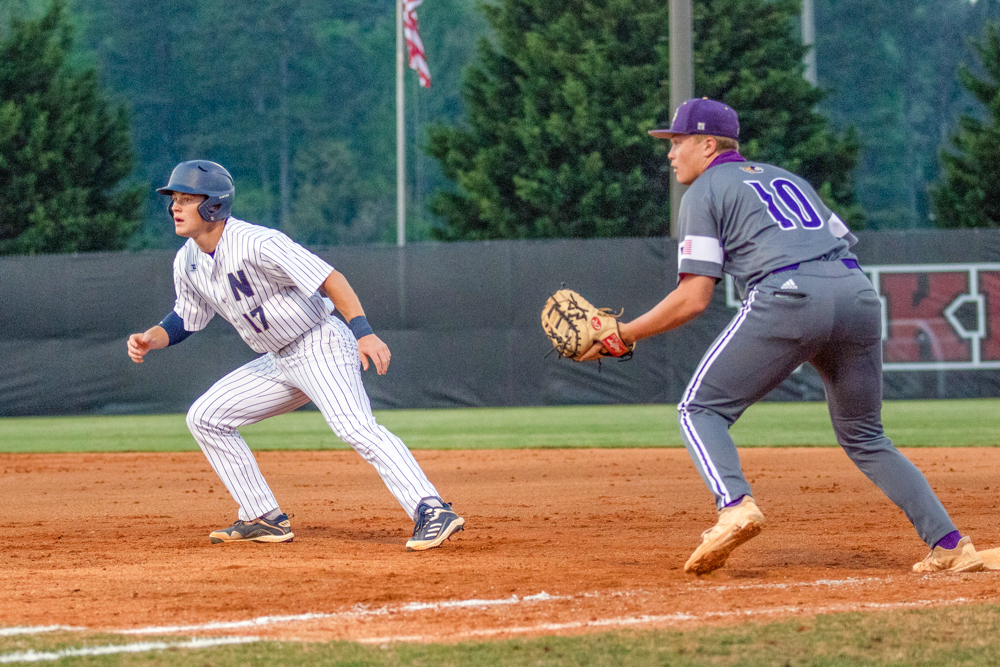 Michael Maginnis takes a lead at first with John Monnin holding the bag for the Indians. Both players went yard during the game. 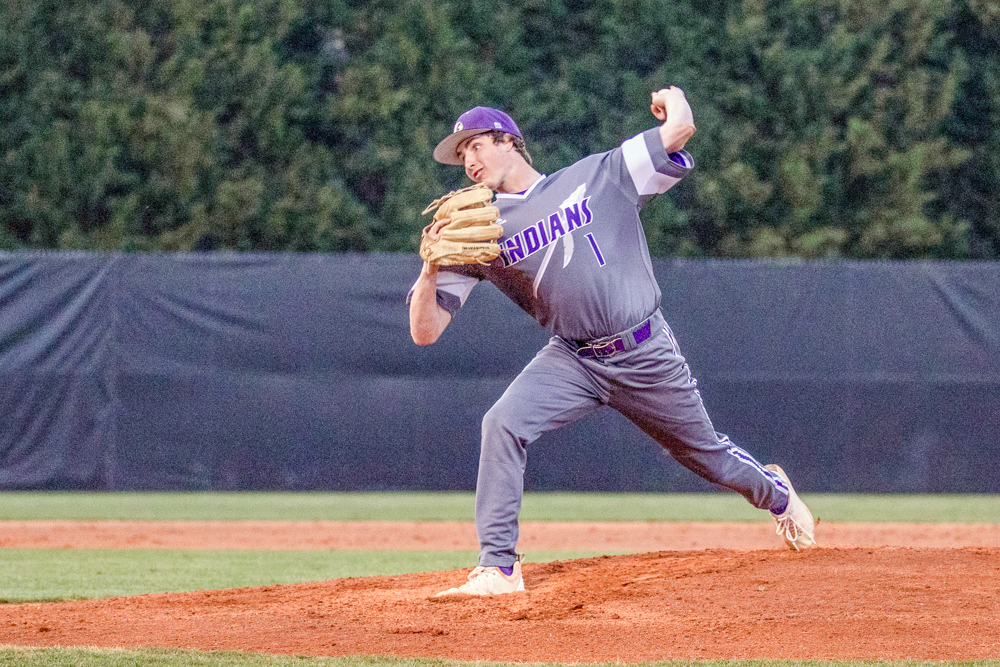