After a tough weekend at Lakepoint Park, the Indians won their third game in a row this week behind the powerful pitching of Gilbert Croley and Josh Sibley.

The duo shut out the Fayette County Tigers on two hits while they combined for 10 strikeouts in the 8-0 victory.

The win improved the Indians record to 7-4 on the season and was their third win in a row.

Croley started on the mound and got in and out of trouble before fans could settle in their seats. The Tigers top three hitters loaded the bases and they looked to take an early advantage, but Croley shut the door on that.

He struck out the next hitter for the first out and induced a ground ball that shortstop Nico Senese turned into an inning-ending double play.

Croley’s defense gave him another double play in the second inning. The multi-sport start had just moved over to the baseball team after leading the basketball team to the GHSA state playoffs.

The Indians offense woke in the bottom of the third. Back-to-back walks by Senese and Zack Carlton put men on base. Lance Underhill and Mason Pearcy got hits to bring them, and East Coweta led 3-0 after three.

Sibley relieved Croley in the top of the fourth and no-hit the Tigers the rest of the way.

The Indians added four more runs in the bottom of the fifth without the benefit of a hit. The runs came via two wild pitches, a bases-loaded walk and a bases-loaded hit batter.

The Indians were on the road the night before; they traveled to Marietta to face Lassiter High School. Senese and Pearcy each drove in two runs as the Indians scored five early runs and won 7-2.

Up next for East Coweta is a home-and-home series with the Ola Mustangs. The Indians traveled to Ola on Friday and the Mustangs next Monday. 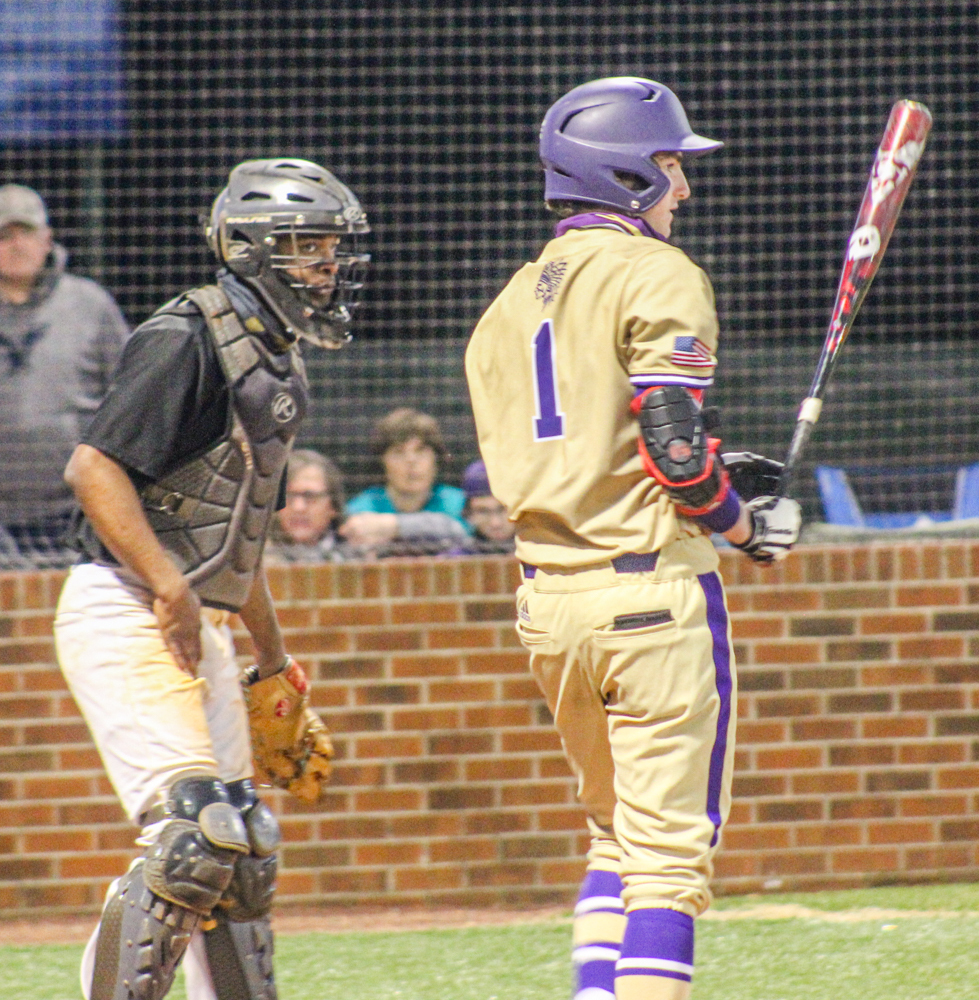 Jason Kenty had two hits and a walk to lead the Indians offense. 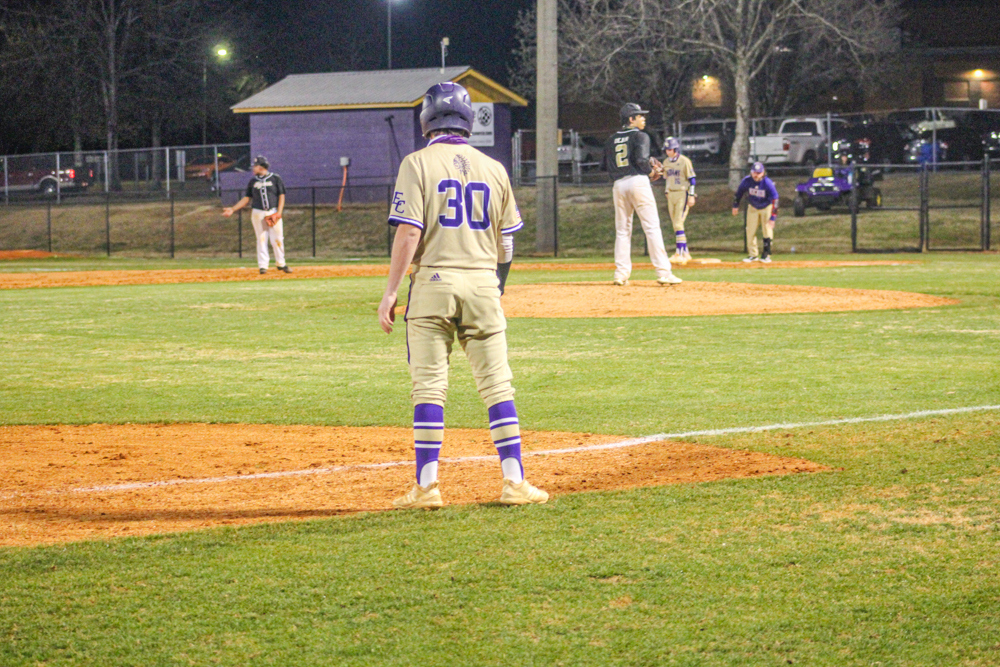 Evan Doss gets a lead off third in the bottom of the fifth inning. 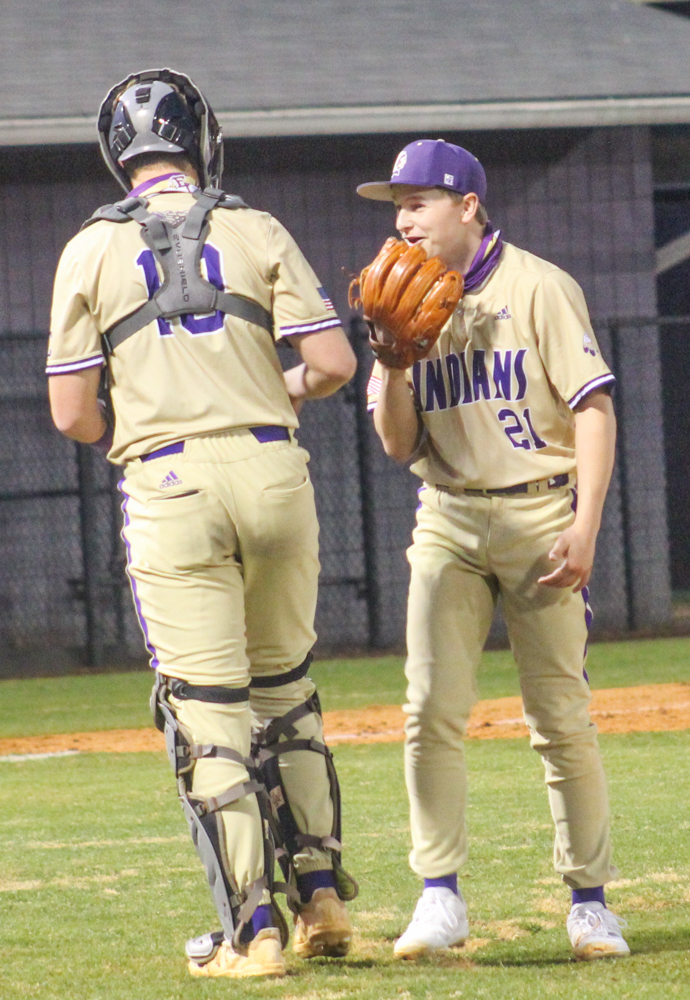 The battery of Josh Sibley and John Monnin share a moment before the start of the fifth inning.