It was a historic night at The Heritage School on Tuesday as the Hawks faced the Newnan Cougars on the soccer field for the first time.

Heritage was the initial school in the county to start a soccer program back in 1970 when the school opened. On this night, Junior Braxton Harper scored the winning goal on a rebound with just over a minute left in the match for the 2-1 victory for the Hawks.


In attendance for the win was current Heritage faculty member Dr. Barry Davis, who was also a player on the original 1970 Heritage soccer team. Back then, some dads graded a field adjacent to the current stadium, the school bought some balls and nets, and the age of soccer was born in Coweta County.

Dr. Davis and his teammates did not have a wealth of soccer knowledge or experience, the school started the team because it was the cheapest way to launch an athletic program. He remembered, “We tried to run football plays on the soccer field, we just came to the game with that mindset.”

He also remembered the shoes they wore, “We all had football cleats, but a member of the Atlanta Chiefs, who played in the North American Soccer League at the time came down and introduced us to Mitre soccer shoes.”

Dr. Davis graduated and went on to play collegiate soccer at Mercer. He later went into coaching, including the head soccer coach position at Sandy Creek High School. Now he teaches English at Heritage and serves as the Hawks biggest fan from the stands.

On Tuesday, both teams exchanged goals in the first half, and went through most of the second half tied. With time running down, Brandon Hurlock had a kick that Cougar goalkeeper Jones Paulk stopped, but Braxton Harper got the rebound and scored with 1:20 left in the game.

The Hawk defense held on for the final 80 seconds to preserve the win. Keirnan Skelly was the winning goalkeeper for the Hawks.

Earlier in the evening, the Lady Cougars easily defeated the Lady Hawks 10-0. Maddie Neace had three goals for Newnan in their victory.

The intercounty matchups continue this week, Newnan hosts East Coweta Monday night while Heritage will travel to Trinity Christian next Tuesday night for a regional matchup.

The Hawks are joined by current faculty member and a member of the very first Heritage team from 1970, Dr. Barry Davis (in the red hat) 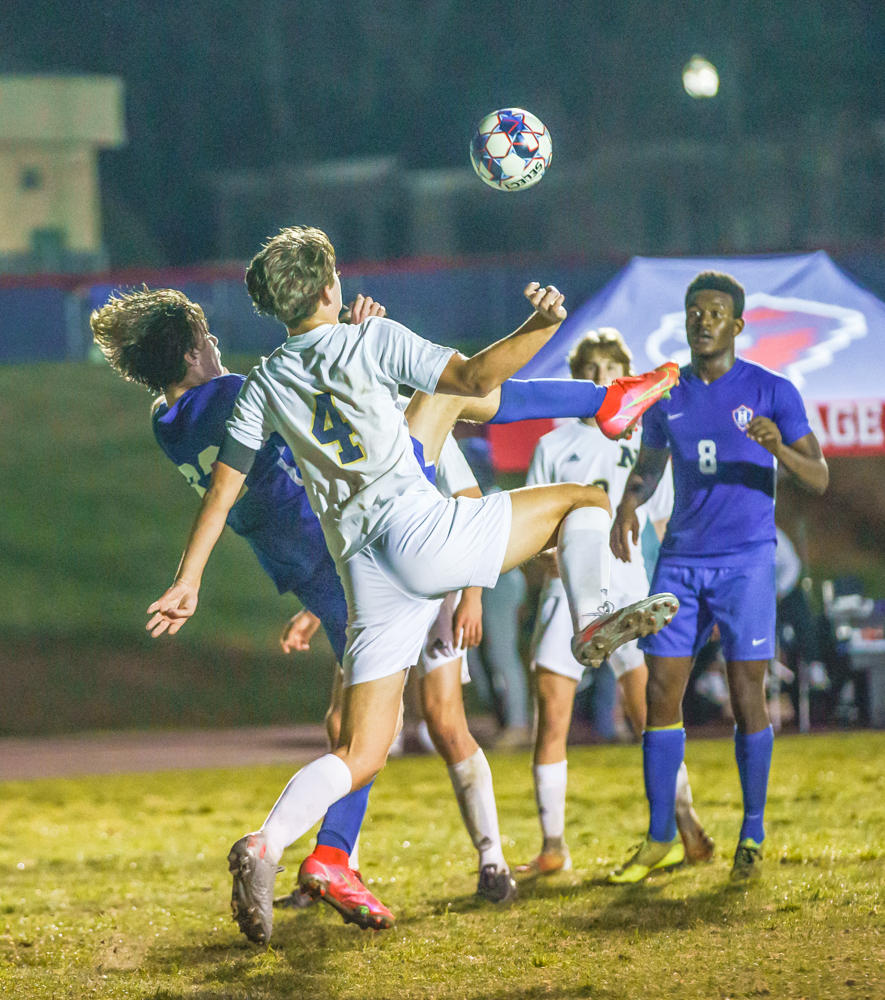 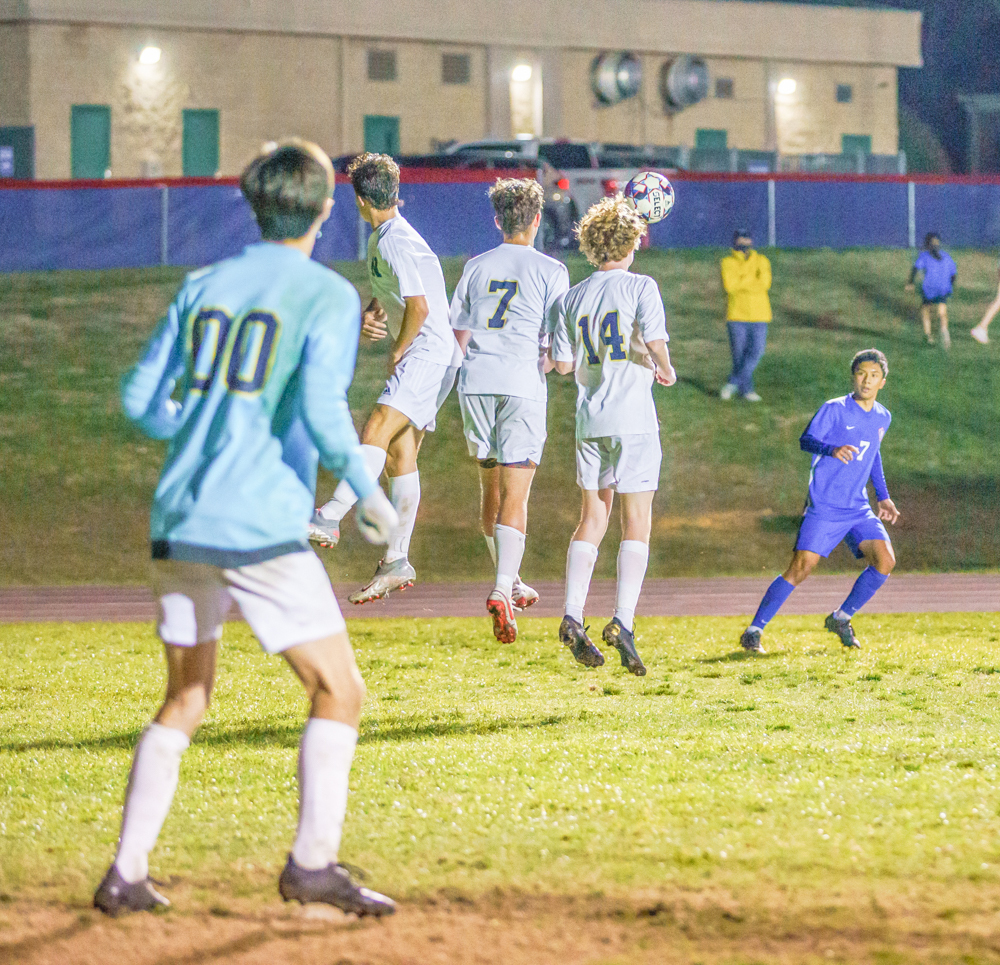 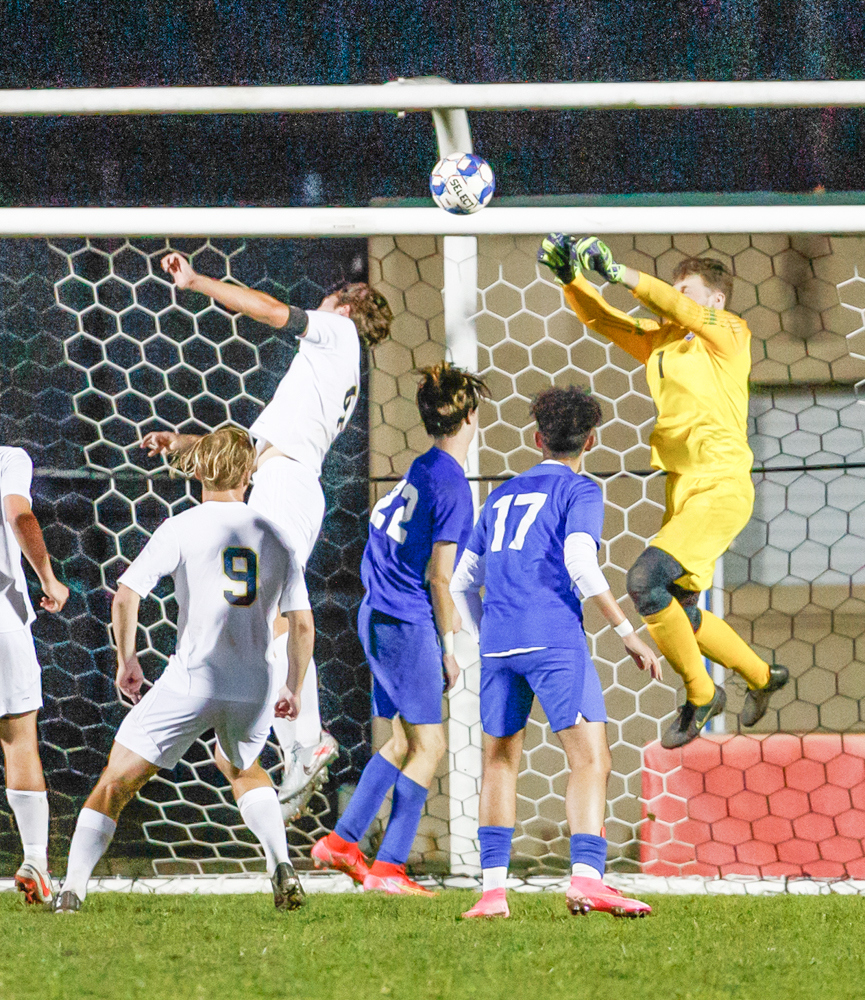 Heritage goalkeeper Keirnan Skelly denies a Cougar goal in the first half. 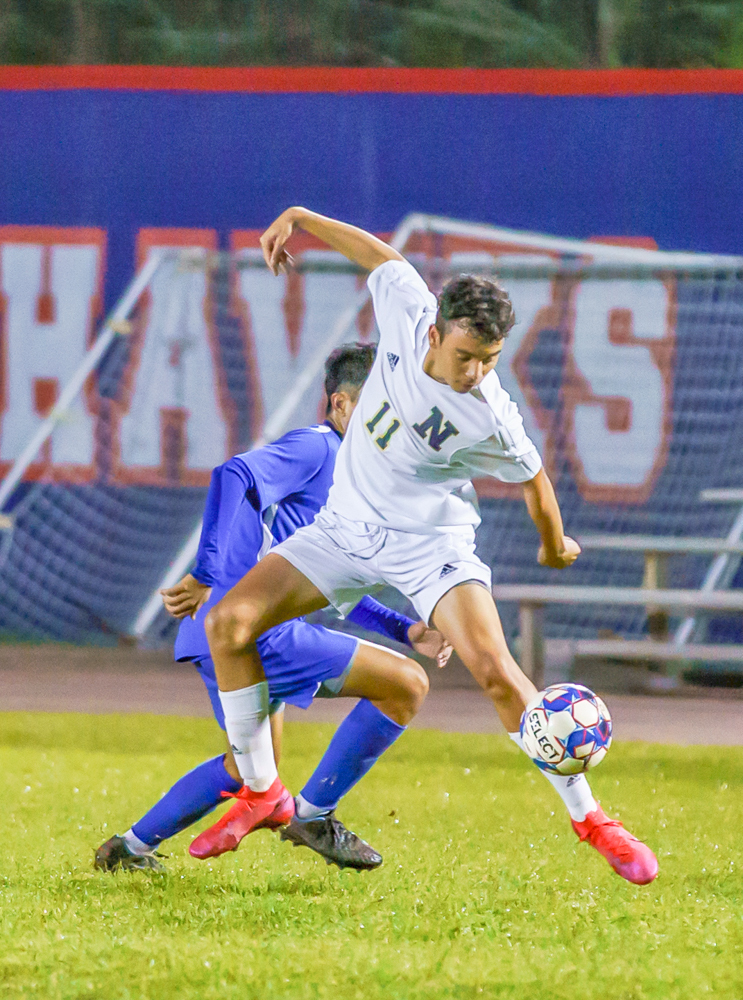 Braden Chesnut scored the equalizer for the Cougars in the first half. 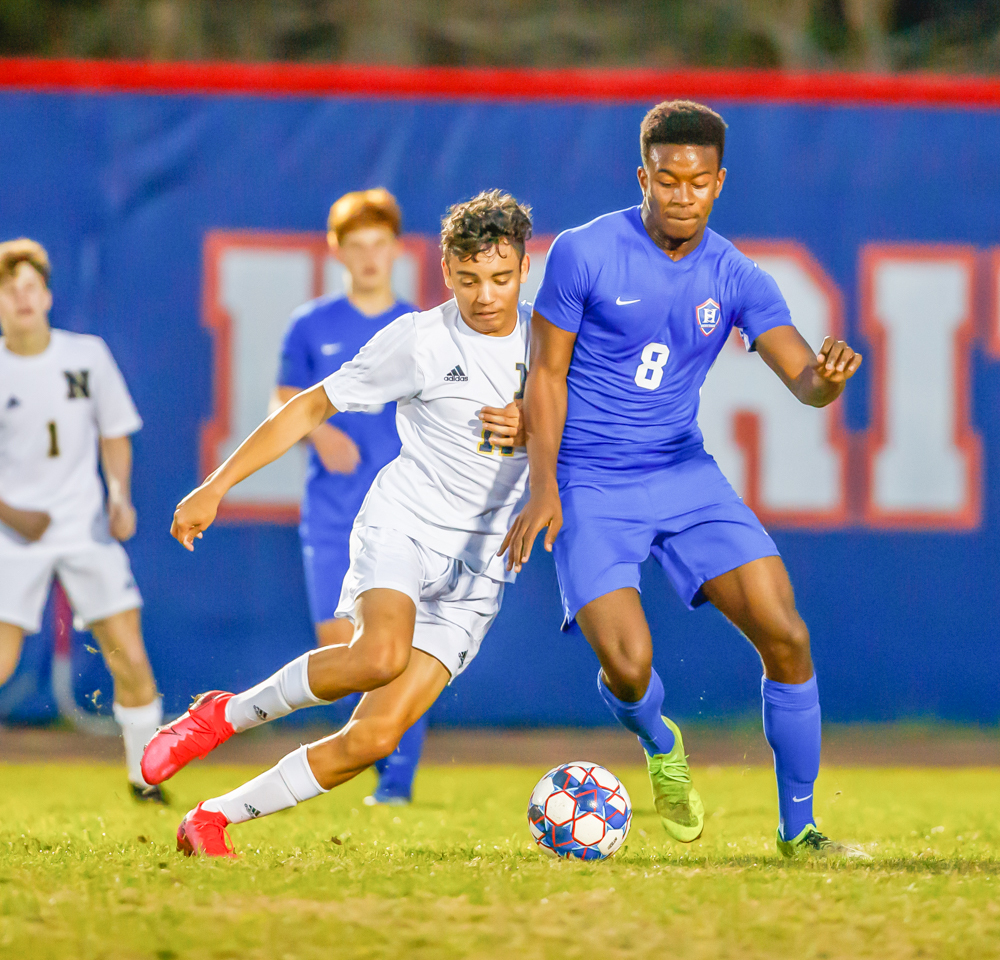 Hawk Brandon Hurlock scored a goal in the first half to give the Hawks an early lead. 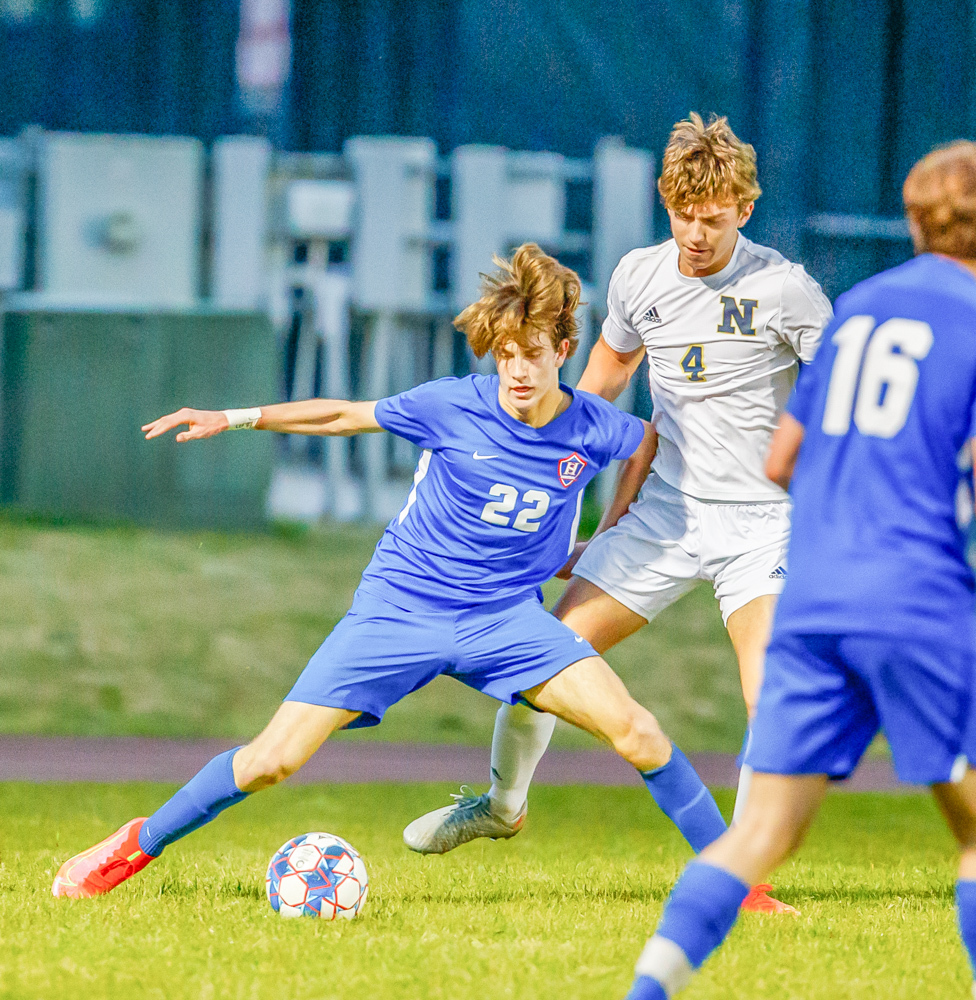 Braxton Harper scored the winning goal for the Hawks with just a little over a minute left in the game of a rebound.