On Tuesday, the Trinity Christian Lions traveled to Columbus to face the St. Anne Pacelli Vikings.

The Lions had lost a tough one at home to the Vikings a couple of weeks ago and looked to exact some revenge. They fell behind early, and despite a frantic comeback, they fell just short, 61-58.

The Lions fell behind by 16-points right before halftime at 40-24. From there, they embarked on a steady comeback that saw them outscore Pacelli 34-17 over the next 16 minutes. When David Dallas scored a basket with less than a minute remaining, the Lions held a 58-57 lead.

Unfortunately, the Vikings had a comeback of their one, and closed out the game to remain undefeated in Region 4-A Private.

Isaac Britto led the Lions with 22 points while Joshua and David Dallas each added ten.

Madison Morge led a balanced scoring night with twelve points, while Aliyah Shaffer had 12 and Lalah Logan got to double digits with ten. 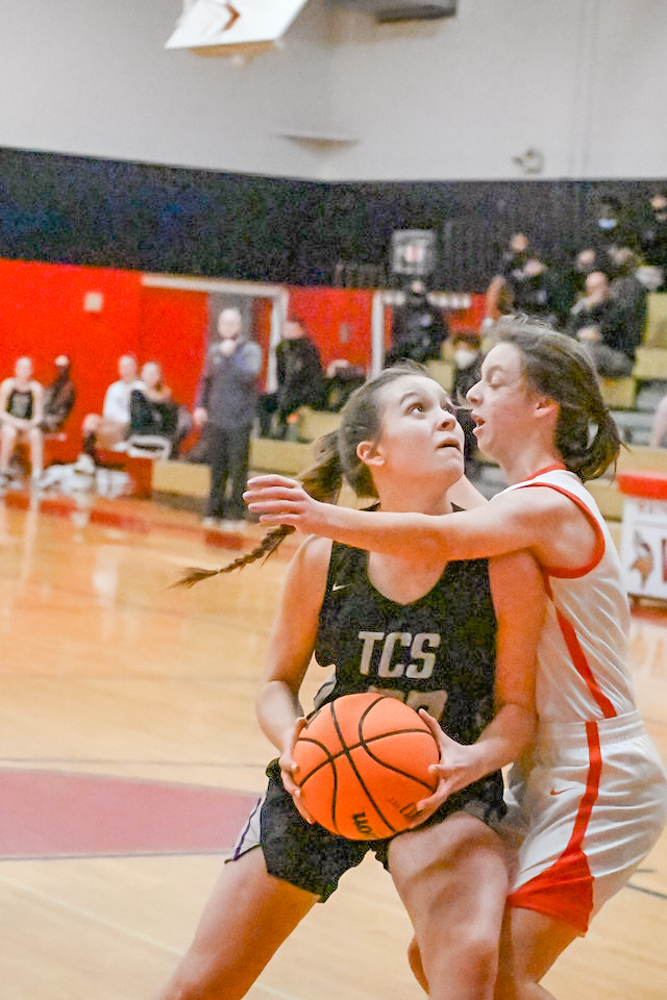 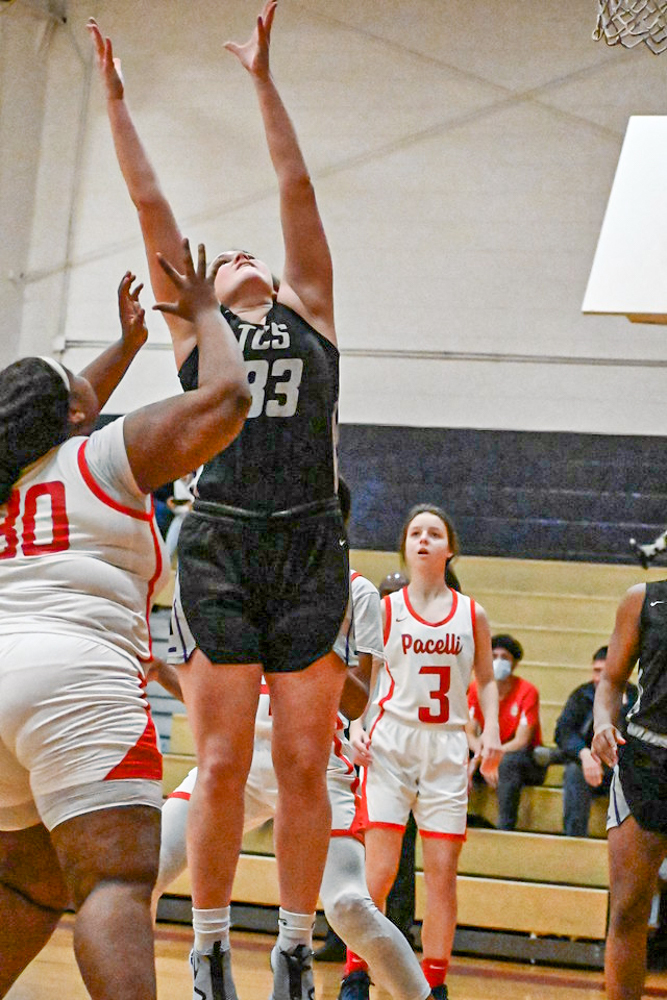 Kendall Wells fights for a rebound underneath. 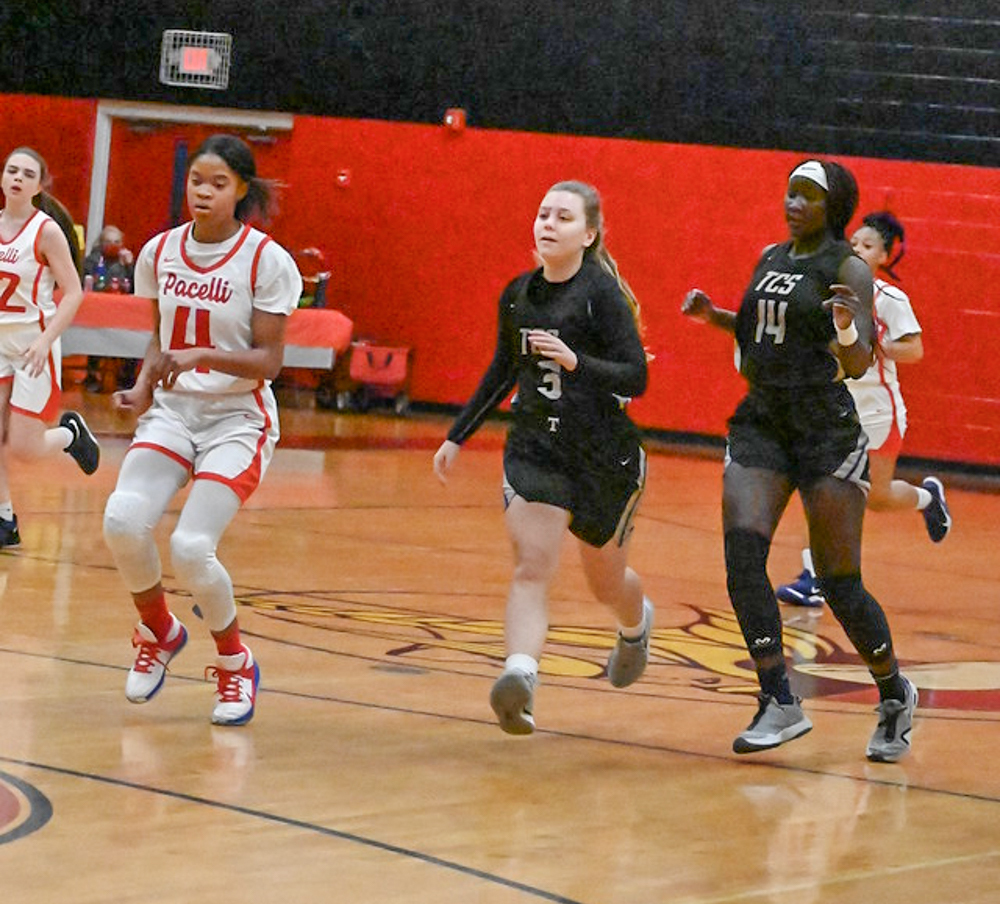 Madelyn Burgess (#3) and Aliyah Shaffer (#14) got some key minutes on the road against St. Anne Pacelli. 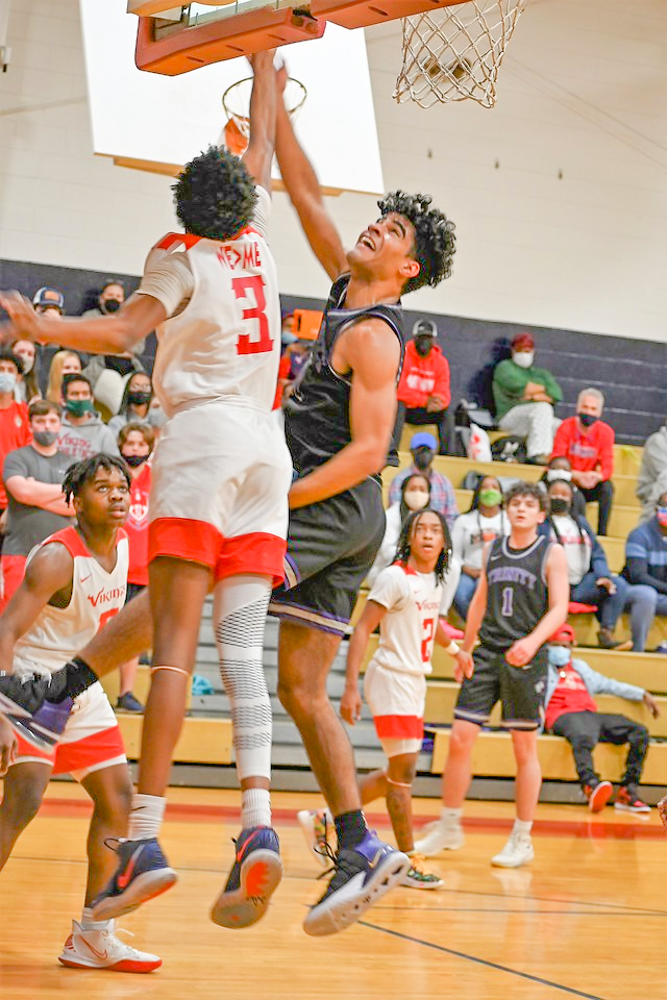 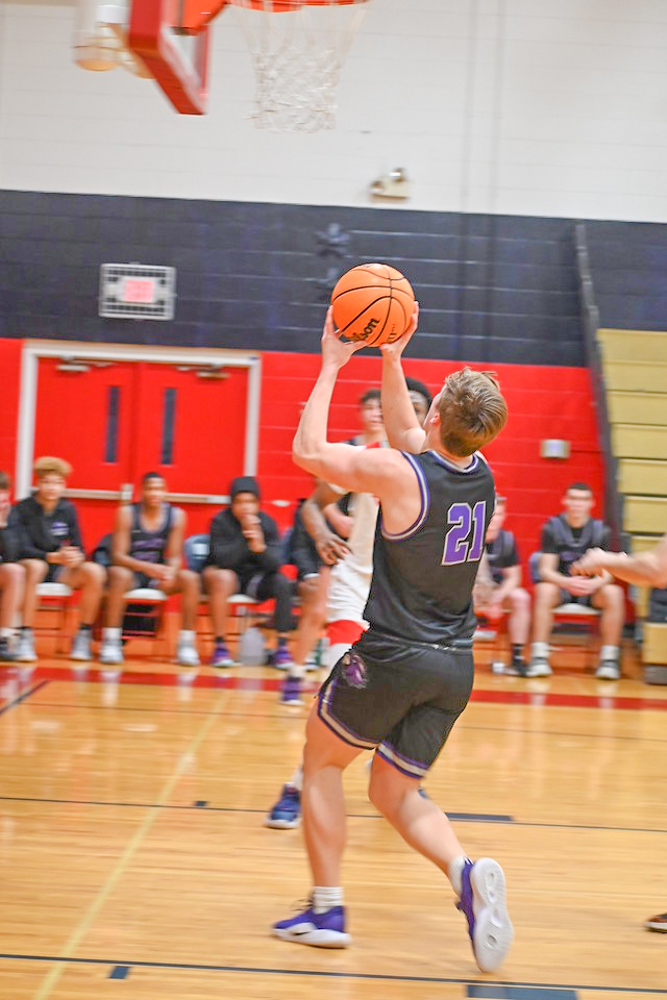 Joshua Dallas drives for a layup during the Lion's frantic comeback against St. Anne Pacelli. 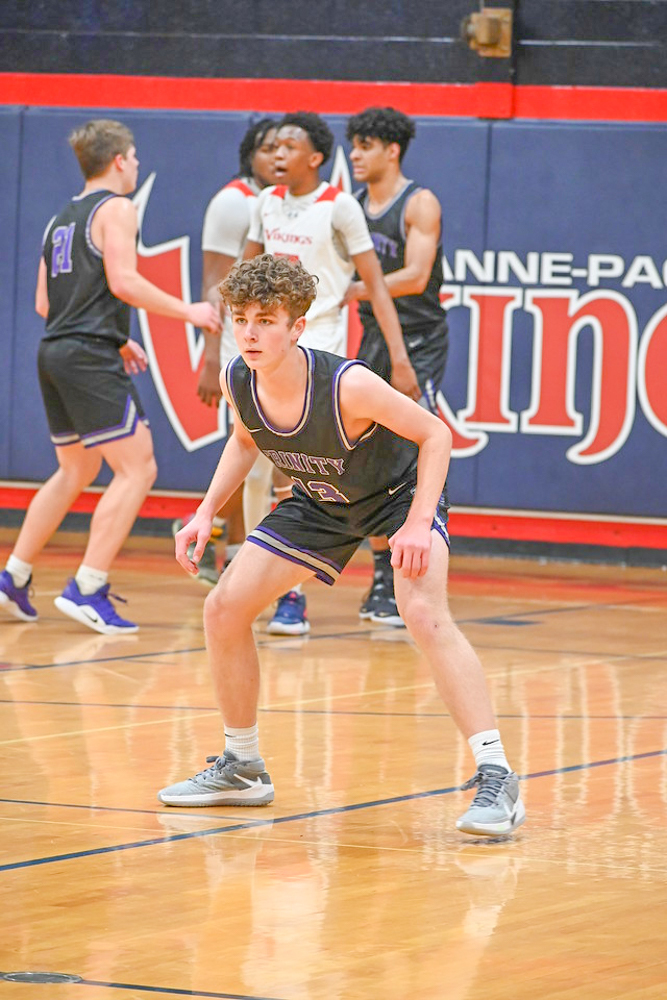 Sophomore Logan Barnes picking up pressure on the ball at the top of the key.