During the regular season, a bad quarter could cost you a game. In the postseason, it could send you into the offseason.

The Trinity Christian boys and girls opened the playoff wins in a similar manner. They each got off to a hot start, kept the pressure on and cruised to hard-fought victories.

The boys hosted the Mount de Sales Academy Cavaliers (9-11) from Macon, Georgia. Jackson Barnes established some early fire power from behind the 3-point line. The Lions held a 19-5 lead after the first quarter.

But the Trinity Christian defense was the story for the game. They suffocated the Cavaliers with pressure defense, hustle and the ability to get every 50/50 ball to keep a possession alive.

The Dallas brothers make a lethal quarterback/receiver combination on the football field. But on the basketball court, Joshua and David show a continuous motor and get to every loose ball.

Head Coach Will De La Cruz spoke of their effort: “They bought into their roles, and that is what makes them who they are. They rebound, and they hustle.”

Their efforts extend possessions and frustrate opponents who had earned a defensive stop. Instead, the ball was back in the hands of the Lions backcourt, Isaac Brito or Sami Pissis, for an offensive reset.

The Lions put the game away early in the second quarter. The Cavaliers fought but never mounted a serious challenge. The lead allowed Coach De La Cruz to rest his starters much of the fourth quarter.

Coach De La Cruz spoke of the Lions’ defensive intensity: “The playoffs are one game, and you can go home, so we want to make sure our defense is aggressive from the beginning, and we want to set the tone.”

Up next for the Lions is a rematch with Greenforest Academy. The two teams played a thriller back in January that the Lions eventually won in overtime, 70-67.

Earlier in the evening, the Region 4-A Private champion Lady Lions (16-8) also defeated their first-round opponent, the First Presbyterian Lady Vikings (11-11), from Region 1-A Private.

The Lady Lions got 24 points from Anna Denes and 20 from Madison Morge as they slowly overwhelmed the Lady Vikings as the game progressed.

The tough early season schedule that Head Coach Joe Daniels set up is paying dividends, The Lady Lions outscored the Lady Vikings 44-9 in the second half on their way to a 77-36 victory.

Freshman Lalah Logan scored 12 as part of that second half surge and showed a glimpse of what she will bring to the team in the years to come.

Up next, the Lady Lions also have a regular season rematch as they host the ELCA Lady Chargers in Round Two. When the two played earlier in the season, ELCA held the Lady Lions to 29 points and won a defensive battle 37-29. Since that game on Jan. 30, Trinity Christian has won five in a row.

They look to stay undefeated in the month of February advance to the final-eight of Class A Private. 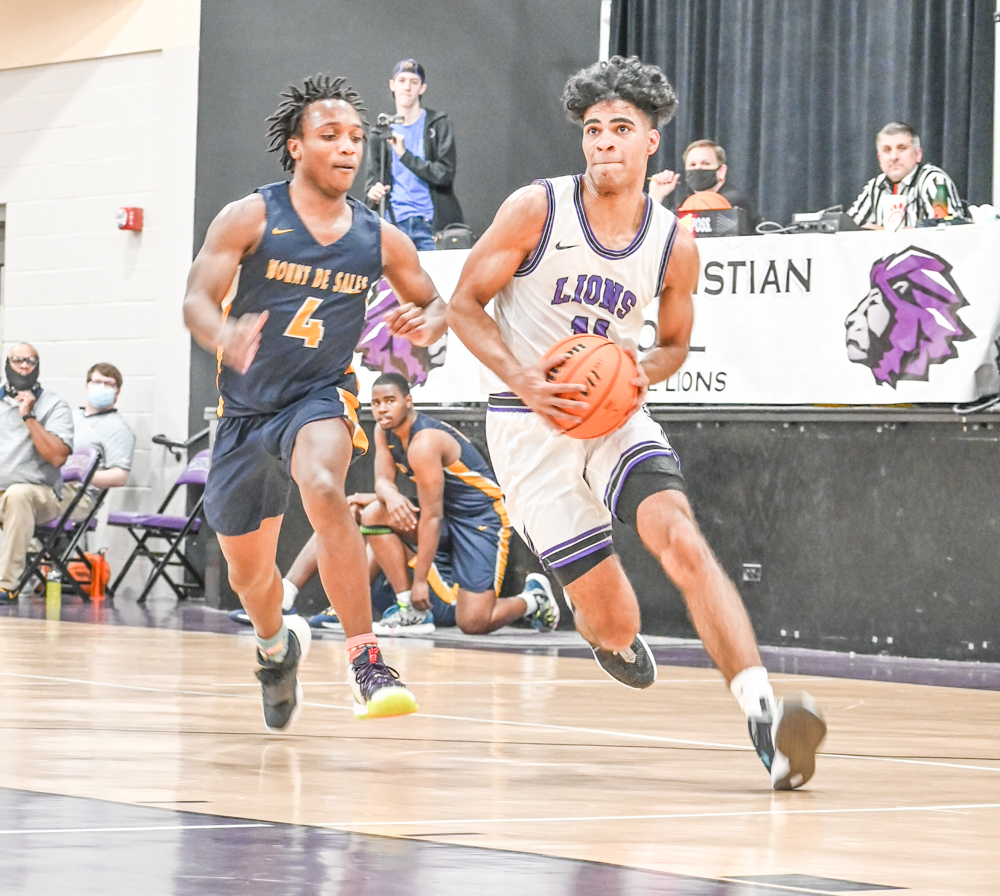 Senior Isaac Bruce leaves the defender behind as he maneuvers to the basket. 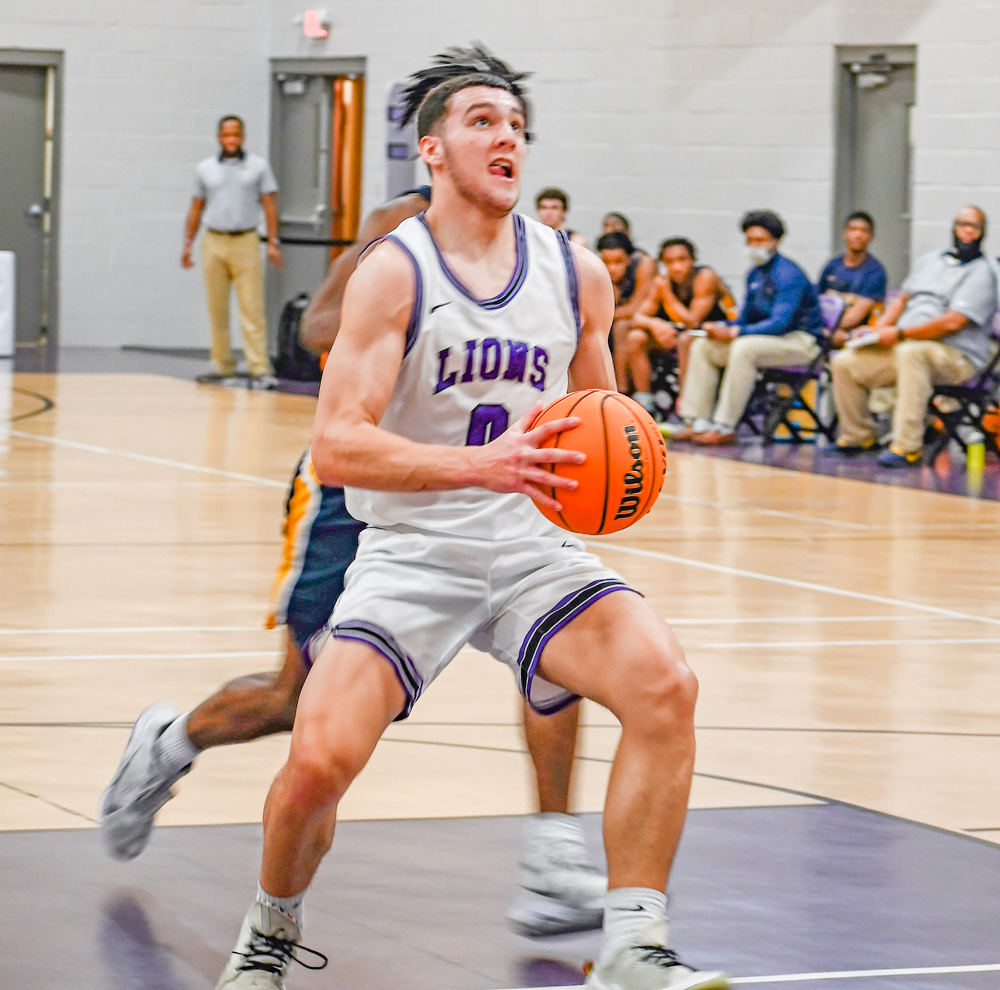 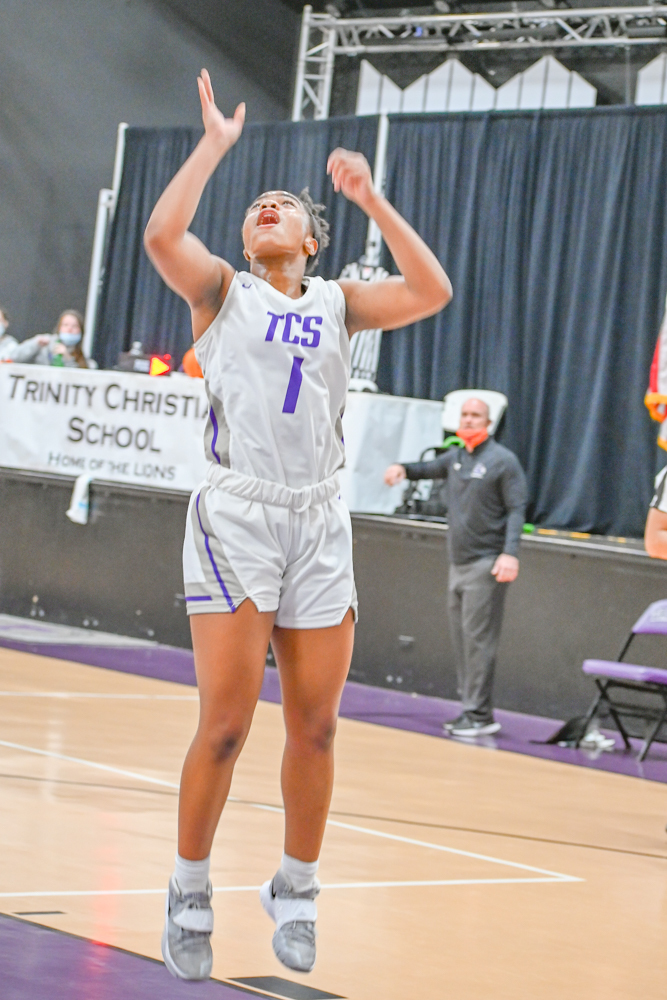 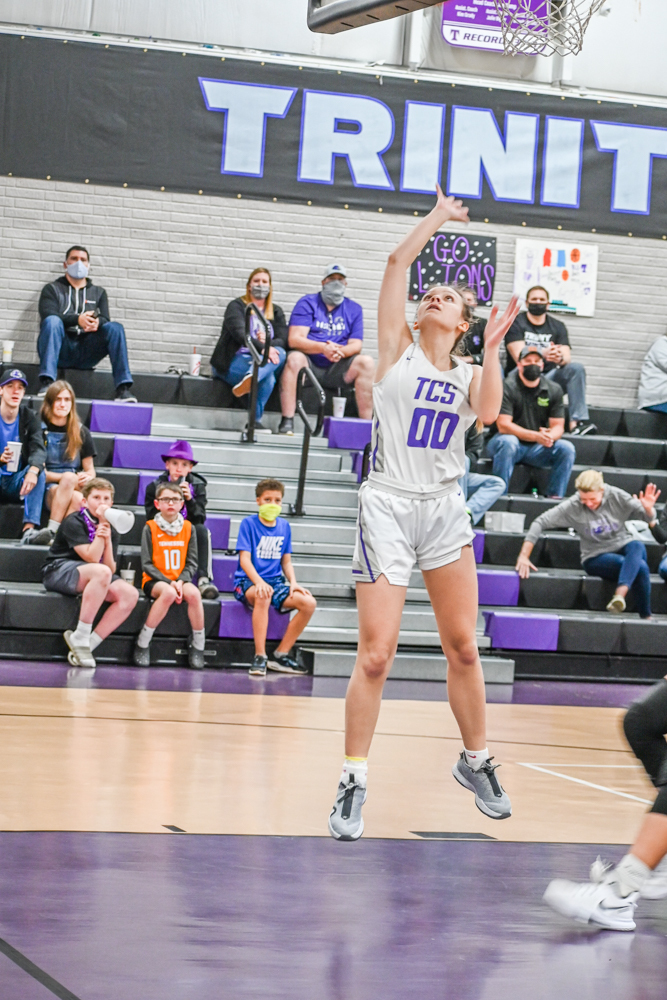 Madison Morge with two of her 20 points for the Lady Lions in their first-round playoff game. 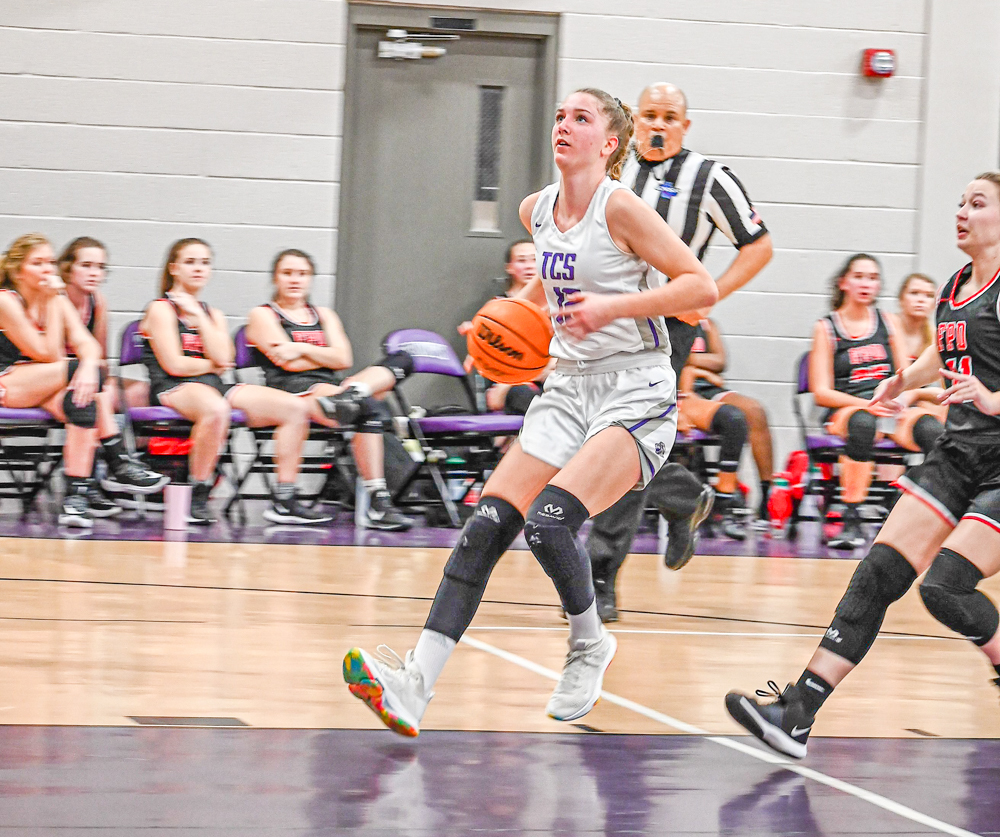