(Dallas, Ga.) – After a season of putting the pieces together and working through rotations, the East Coweta Indians season came to an end Wednesday night in a 69-56 loss to the North Paulding Wolfpack.

While Head Coach Royal Maxwell put his team through the paces of a 17-day “boot camp” of practices, the question will remain. Did the decision to cancel the region tournament and the ensuing 18-day layoff hurt the momentum that was built during the season?

The Indians welcomed point guard Austen Colton back to the starting lineup. Colton was injured on Jan. 23 at Callaway, and his absence left a void in the rotation.

Both teams stayed even through the first 16 minutes. They were sizing each other like a couple of boxers early in a match. The Wolfpack were struggling somewhat to keep up with the slashing, athletic Indians, but were also finding offensive production in their precision passing game.

With the Indians trailing 29-26 just before the half, Samuel Moss hit a clutch 3-pointer to tie the game going into the locker room. It had the feel of a huge momentum swing moment.

The Wolfpack steadied themselves during the break and when play resumed, things were back even. East Coweta took a three-point lead early in the third, but the methodical approach of the Wolfpack was starting to add up.

Colton found his range and produced a deep three that pulled the Indians to within two points at 40-38, but the Wolfpack slowly took control of the game. They would outscore the Indians 29-18 over the remaining 12 minutes to secure the 69-56 first round victory.

In defeat, Coach Maxwell saw the positives. He shared, “These kids persevered through 33 days of quarantine, two of our main players being hurt throughout the season and still kept fighting through the pandemic. These kids are resilient, and this is why I love coaching. You get a chance to help change boys to young men.”

The future is bright; there is a returning core that will continue what this team started. This story is not complete.

In defeat, Moss led the Indians with 19, and Delrecco Gillespie added 16. The Indians finished the season at 16-9.

It was a similar story in the girls’ game. Lady Indians Head Coach Quacy Timmons took her talented squad to face the Lady Wolfpack. The experience factor showed early and there were a few early game jitters for East Coweta.

They fell behind by eight early and struggled to fight back throughout the rest of the game. They seemed to get more comfortable as things went along, but it was too much of a deficit to overcome. In the end, they fell 62-43.

But that does not take away from a huge season of improvement for the Lady Indians. They won 16 games with a mostly junior playing rotation. Their first-round loss here will just be more preparation for what is to come.

Tuianna Taggart and Aliyah Ferrell each had 10 points, while Amaya Walker and Letiya Reeves each had seven. 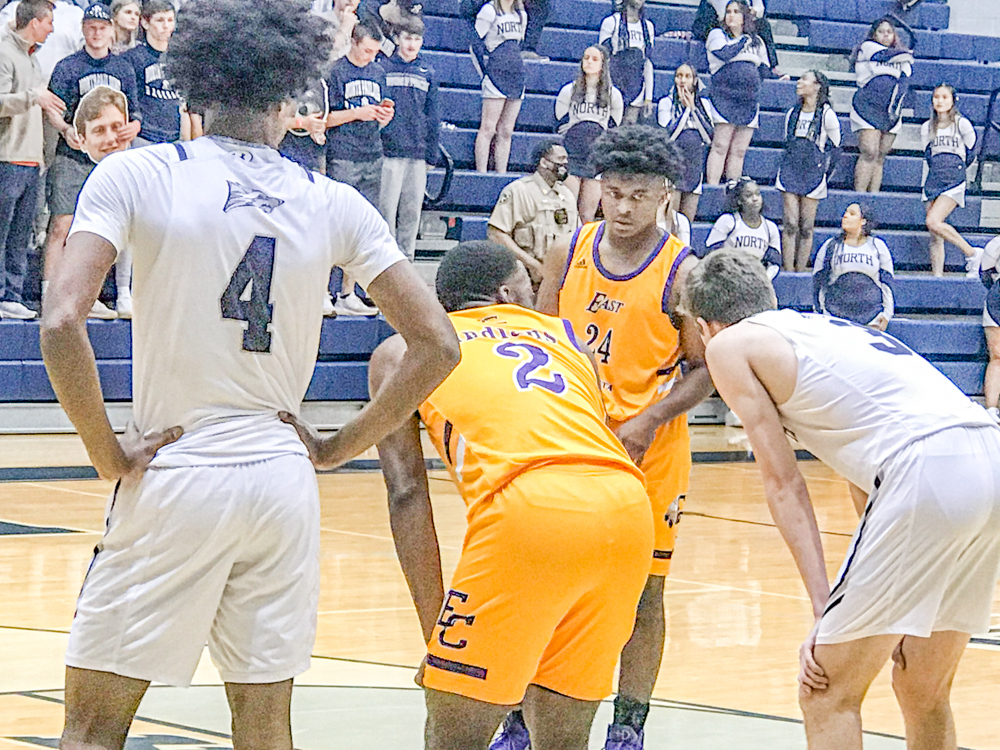 Austen Colton (#24) returned to the lineup from an early season injury. Senior Christian Cook (#2) lines up for the free throw. 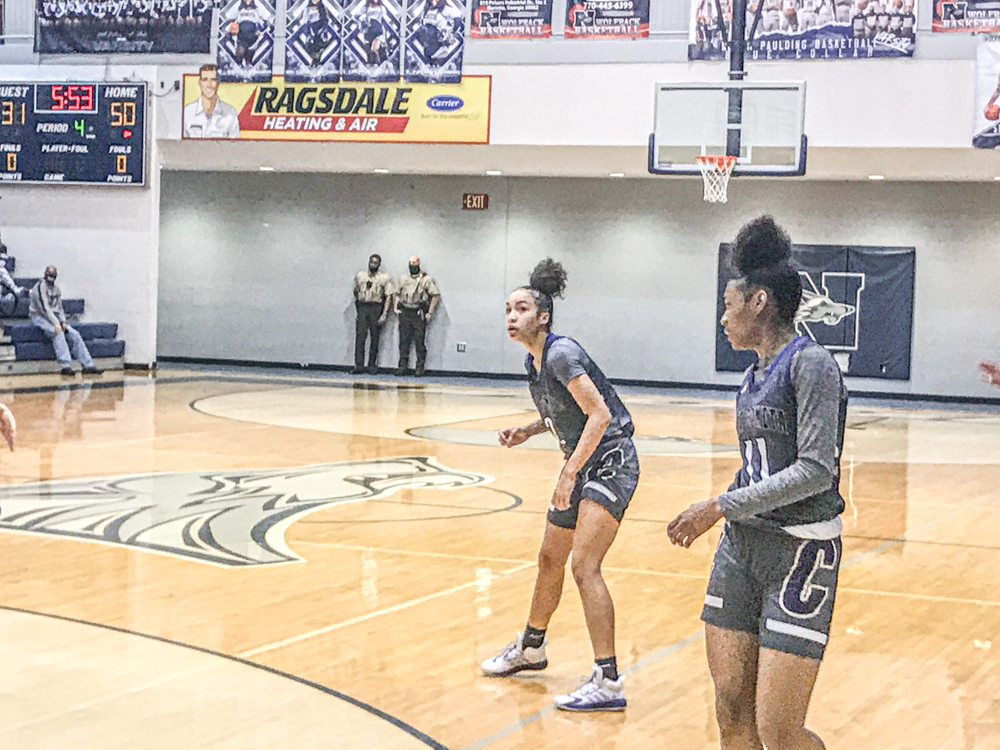 Aliyah Ferrell and Letiya Reeves look to put together a late fourth quarter comeback in their first-round game against North Paulding. 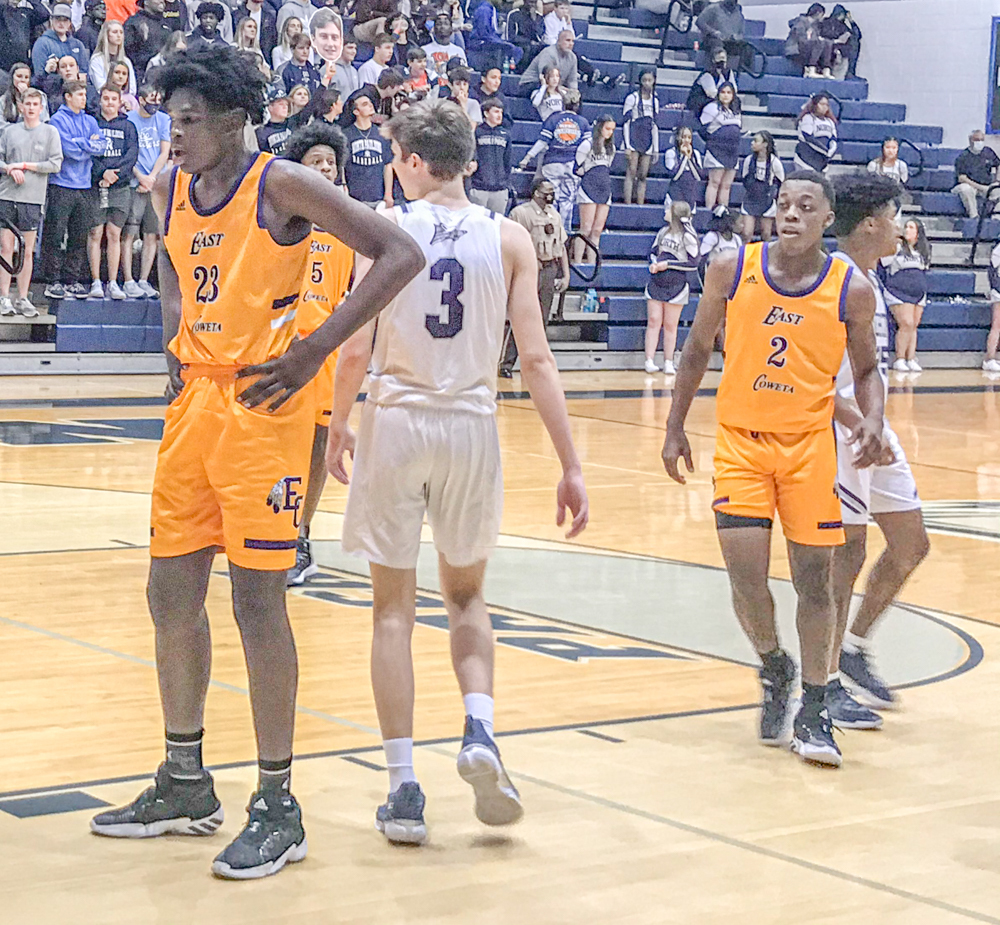 Delrecco Gillespie (#23) made some critical plays underneath to keep the Indians in the game.