(Tyrone, Ga.) After the Trinity Christian Lions earned three wins earlier in the LaGrange Classic, they played a little closer to home in the Big South Shootout on New Year's Day.

Facing the 2018 Class 7A state champion Meadowcreek Mustangs, the Lions fought throughout and rallied to force overtime late. After losing one of their top players to a minor injury, the Lions fell to the Mustangs 65-60.

The Mustangs showed their game plan from the start, hitting several 3-pointers right away. Halfway through the first quarter, the Lions were down 9-4 but tied the game quickly on a highlight-reel layup by Isaac Brito and a three from Jackson Barnes.

The quarter ended with the Mustangs up 16-13. Meadowcreek continued to have success from the outside, while the Lions relied on the ability of Brito and Sami Pissis to drive to the basket and score off the dribble.

Each time Meadowcreek gained an advantage, the Lions guard combo would pull their team back into the contest. Pissis converted a 3-point play late in the second quarter, and the Lions were only down one at halftime.

The third quarter brought on more of the same; Meadowcreek opened a small lead, but the Lions stormed back when Pissis outhustled the entire Mustang team for an offensive rebound and found Tai Peete for an open shot to claw back into things.

Midway through the fourth quarter, Pissis got banged up going for a loose ball in the backcourt and had to leave briefly. Undaunted, Brito gave the Lions a lead, and when Michael Morge ripped down a rebound with 2:30 left, Trinity Christian had the lead and the ball for the first time in the game.

The Lions were down by two with 30 seconds remaining, but Pissis drove inside and found an open Morge, who made a smooth transition to his left hand for the tying shot that sent the contest to overtime.

Unfortunately, Pissis went down again with the game tied and had to miss the final two minutes. Undaunted, Aquan Ayema found the basket for a score that gave the Lions a 57-55 lead.

Meadowcreek scored a three-point opportunity and another transition basket and 16 seconds left, held a two-point lead. A costly turnover by Trinity Christian and free throws by the Mustangs contributed to the final 65-60 margin.

It was the first game the Lions played with the 30-second shot clock in use this season. Head Coach Will De La Cruz shared after the game, “For us, the shot clock helps us on defense. We only have to guard the other team for 30-seconds so we can be more up-tempo. Tonight, they (Meadowcreek) hit a couple of threes early that put them in a rhythm, but our defense brought us back into the game.”

Brito led the Lions with 21 points, while Pissis added 16 and Barnes had nine.

The loss moved the Lions’ season record to 8-6, but they are still ranked sixth overall in Class 1-A Private. They were scheduled to play the seventh-ranked St. Anne Pacelli Vikings on Friday, but that was postponed this week because of a COVID-19 issue with the Columbus school.

The Lions’ next game now will be Saturday at home against the defending Class 4A State Champion Woodward Academy War Eagles. 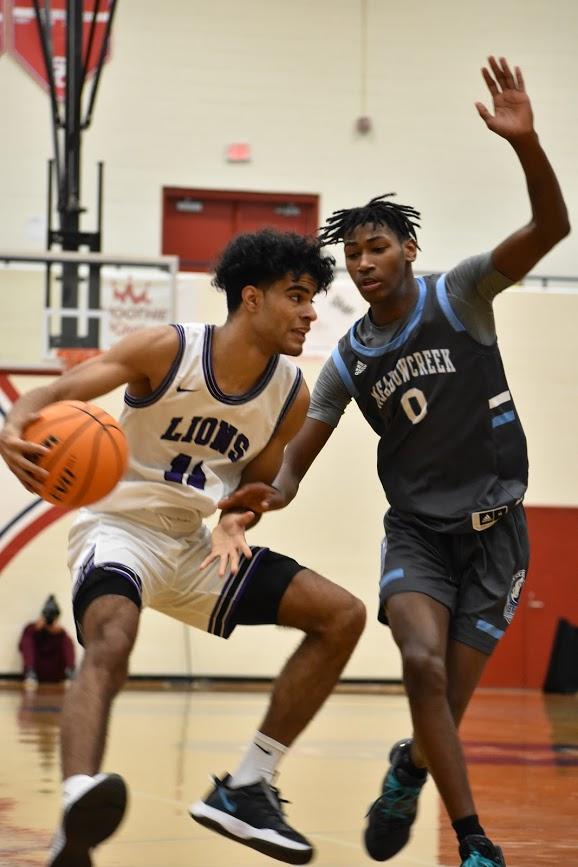 Sam Pissis (#0), below, and Isaac Britto (#11), top, were virtually unguardable against Meadowcreek in the Big South Shootout from Friday. 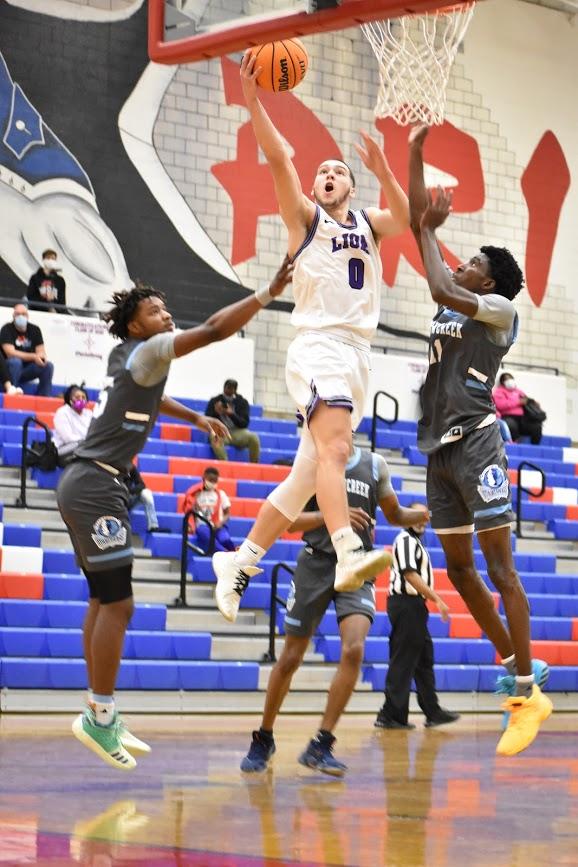 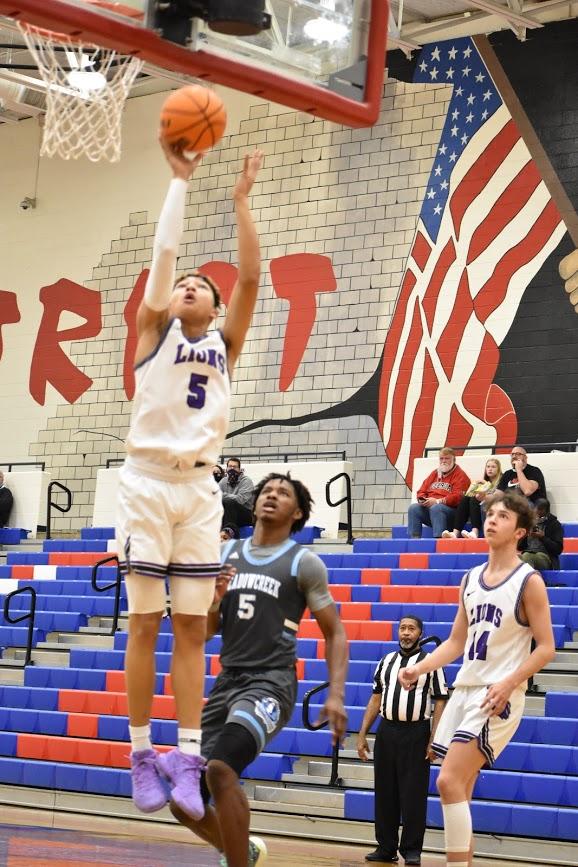 Tai Peete had a key basket in the third quarter of the Big South Shootout. 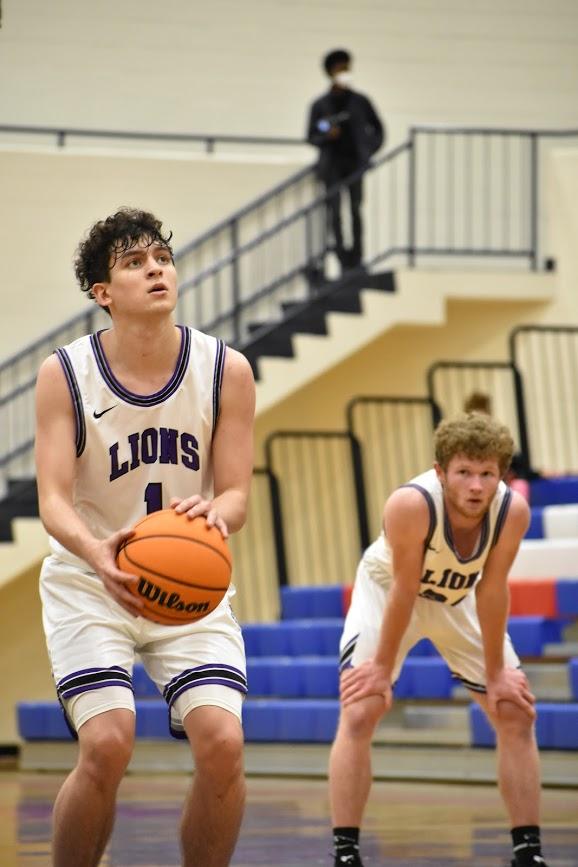 Michael Morge had six points, including a tying basket with 30 seconds remaining in the game.