After falling behind early, the Cougars took a lead late in the fourth quarter and held on for a 61-58 win.

The Jaguars came into the contest in second place of Region 2-5A with a 9-5 record. Both schools had played and defeated two common opponents, Morrow and Riverdale. The win improves Newnan’s record to 13-4 on the season.

Coming into the game, the Cougars had lost three in a row. However, the losses were by a total of 12 points, with none of them by more than seven.

New Manchester got off to a quick start and held an 8-4 lead when Jamar Stargell made a 3-pointer to pull the Cougars within one. The Jaguars maintained the advantage and held a 13-12 first quarter lead.

Fueled by Jaguars freshman guard Chase James-Robinson’s three-point barrage, the Jaguars pushed their lead to 36-22 before halftime. With the clock winding down, Cougar Elijah Adams created a steal and scored on a layup right before they went to the locker room.

The momentum from Adam’s basket carried over to the first possession of the second half. In an almost instant replay, Stargell created a turnover and converted for a basket to bring it to a 10-point game.

A Newnan comeback was in the works. Defensively, Donte Colton had a blocked shot underneath the basket, and Wesley Drake followed with a 3-pointer. That capped a Newnan 13-3 run that cut the Jaguar lead to 39-35.

After two Colton dunks and an Eric Smarr basket of the fast break, the Cougars had a 55-52 advantage.

The game came down to a final possession. The Jaguars were down by one but had possession. As they set up for a final play, Smarr stole the ball and drove to the basket to seal the 61-58 victory.

The Cougars were led by Smarr who had 16 points and six rebounds. Drake and Stargell each finished in double figures with 14 points and 13 points, respectively.

James-Robinson led the Jaguars with 15 points. One of the keys to the victory was the Cougar defensive effort that held him scoreless in the second half.

For the Cougars and Head Coach Trent Gatzemeyer, there is a minimal amount of time to celebrate. It is back to the Region 2-7A schedule grind, the travel to Pebblebrook on Friday and Campbell next Tuesday. 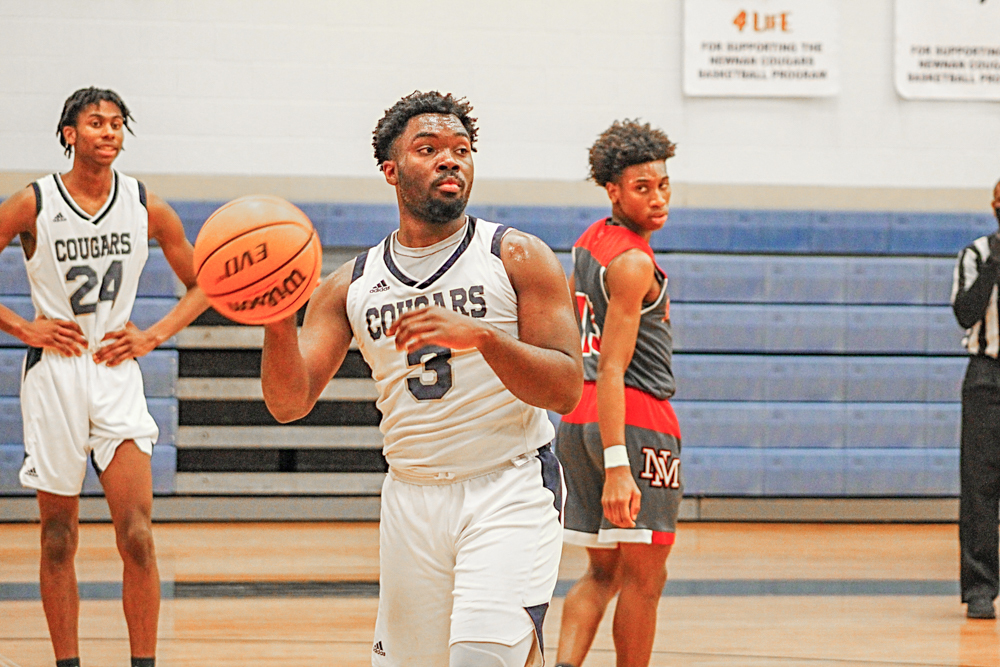 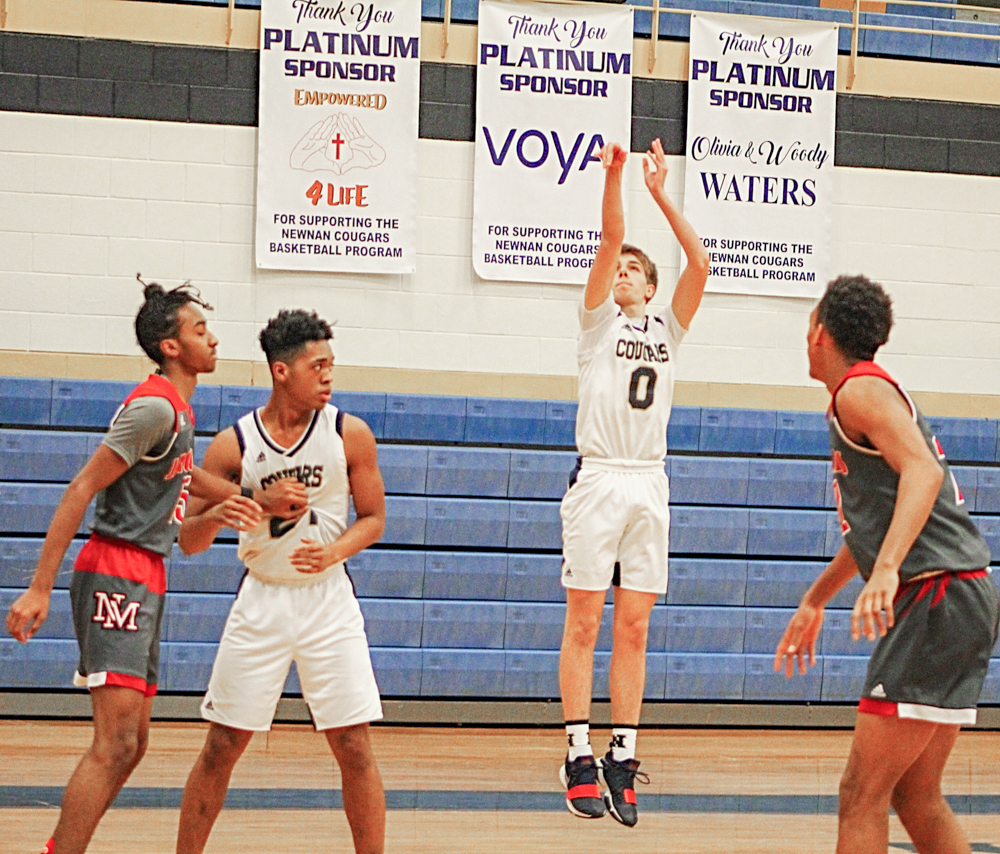 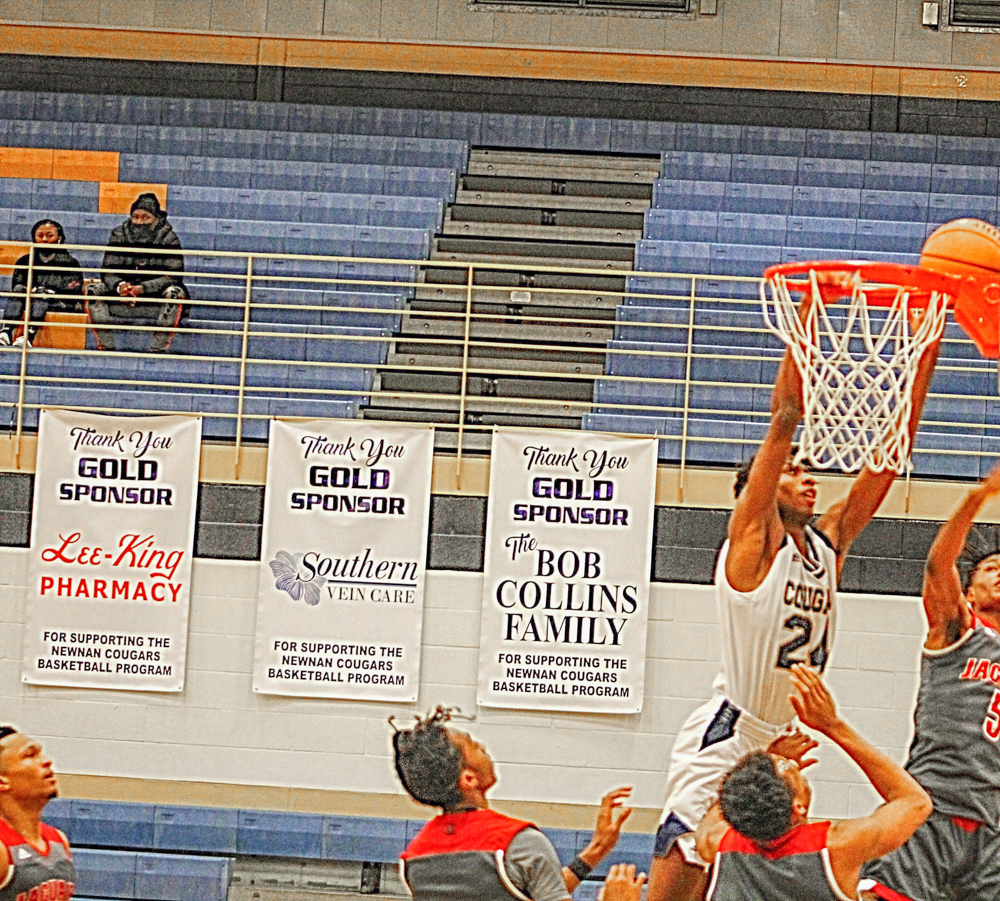 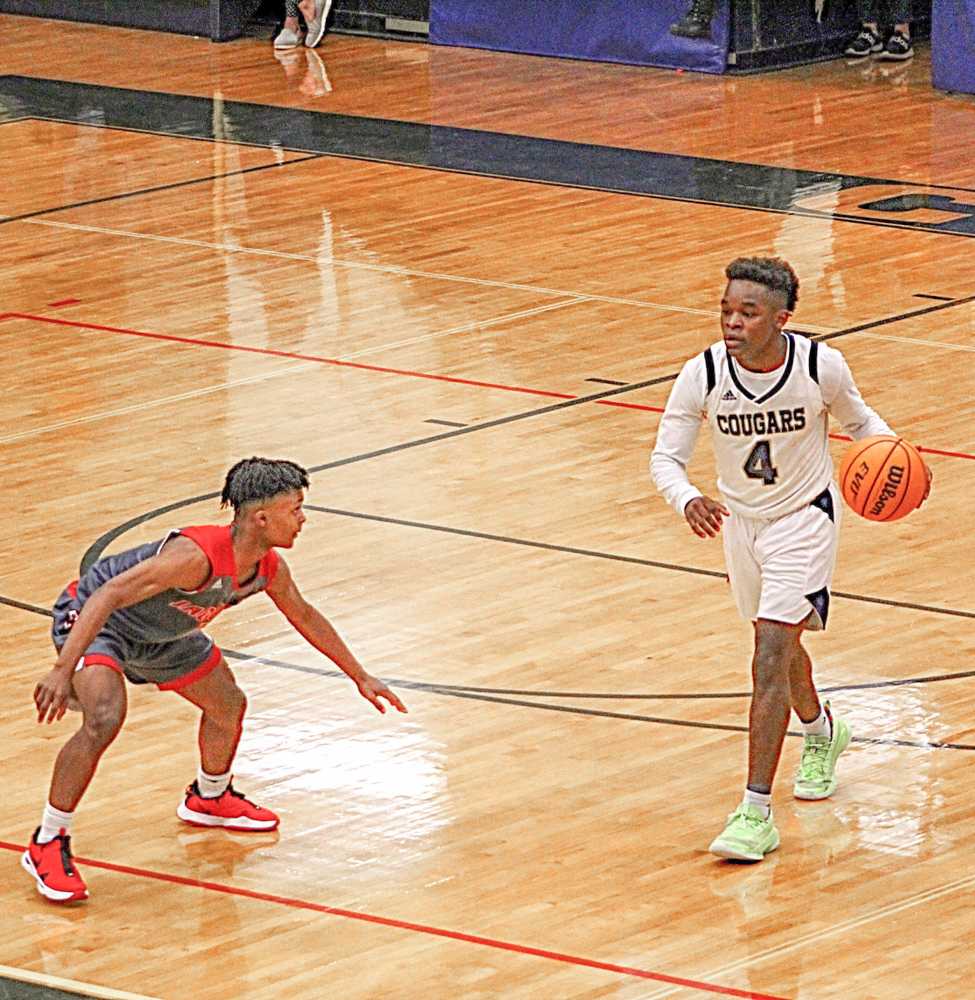 Cougars guard Elijah Adams gave his team a lift right before halftime with a steal and a basket.