It was a much-anticipated matchup.

The East Coweta basketball team had not lost to Newnan in almost five years. The Indians have won eight in a row since their last loss to the Cougars in February of 2016.

But these Cougars are built differently; there has been vast improvement under Newnan Head Coach Trent Gatzemeyer.

The matchup on paper seemed to be the most even in recent memory. In the end, the players did not disappoint. The Cougars held a lead in the second quarter, but a 14-2 run right before the half was too much to overcome, and the Indians held on to win 61-54.

East Coweta trailed 23-18 midway through the second quarter when junior Samuel Moss started to heat up. Moss had been held scoreless in the first quarter, but he scored eight during the run that gave the Indians a 32-25 halftime lead.

With Moss slashing to the basket and drawing defensive attention from Newnan, Delricco Gillespie was able to work inside. For a post player, he has great footwork inside and moves well in the lane with or without the ball.

The combination of Moss and Gillespie scored 14 third quarter points and pushed the lead to 14 at the start of the fourth quarter. The Cougars fought back but could never get closer than six down the stretch. The Indians held on for the win and got their first region victory of the season.

Moss led all scorers with 21 points and he also muscled up for ten rebounds Gillespie and Gilbert Croley also finished in double-digit points.

Head Coach Royal Maxwell summed up an emotional night, saying “a game like this is built on emotion, and the kids sway away from the game plan.

“They play on the same AAU teams, and because of the lines of the school district, some of them live five minutes from each other,” Maxwell said. “But we were able to stay focused, and we were able to play an executed game plan. We wanted to show everyone we can play that way, too.”

He also used a football analogy to describe the second half run that turned the game.

“We ran the ball,” he said “No more jump shots, we are going inside or getting layups. We wanted to make sure we got high quality shots.”

After playing a region game against Campbell on Friday night, the Indians will travel to Northgate on Saturday. 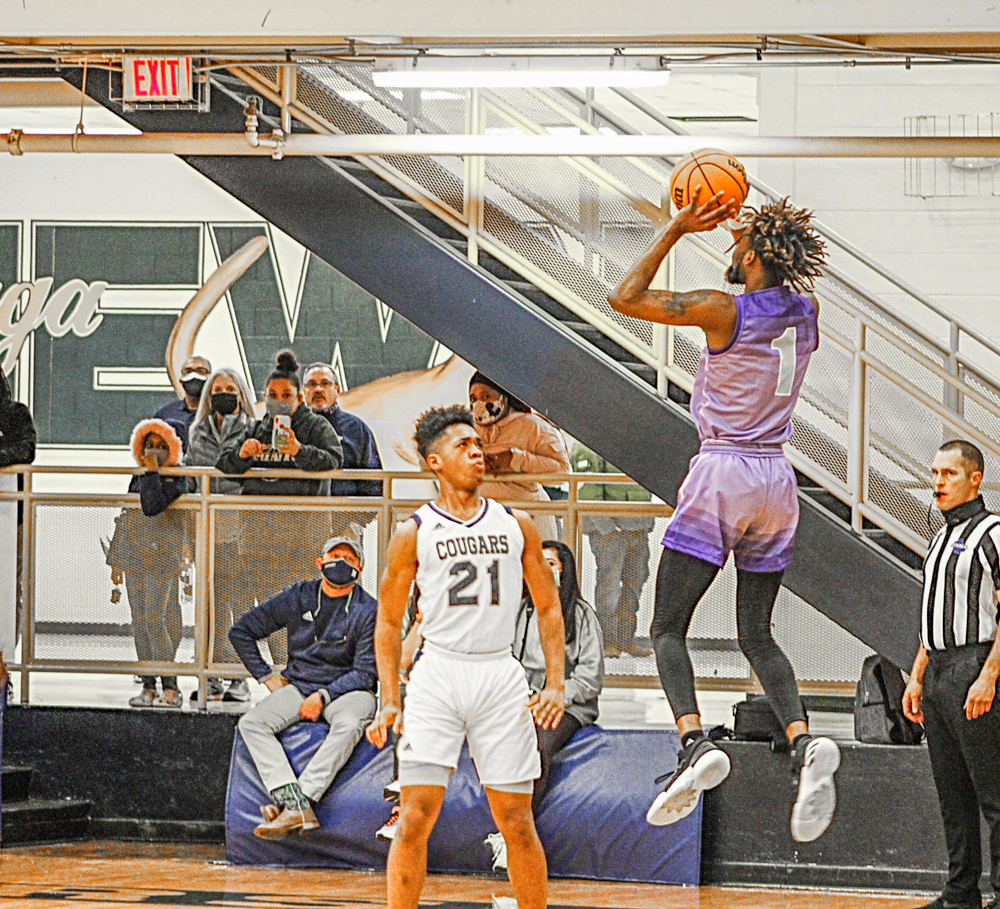 Samuel Moss with two of his game-high 21 points. 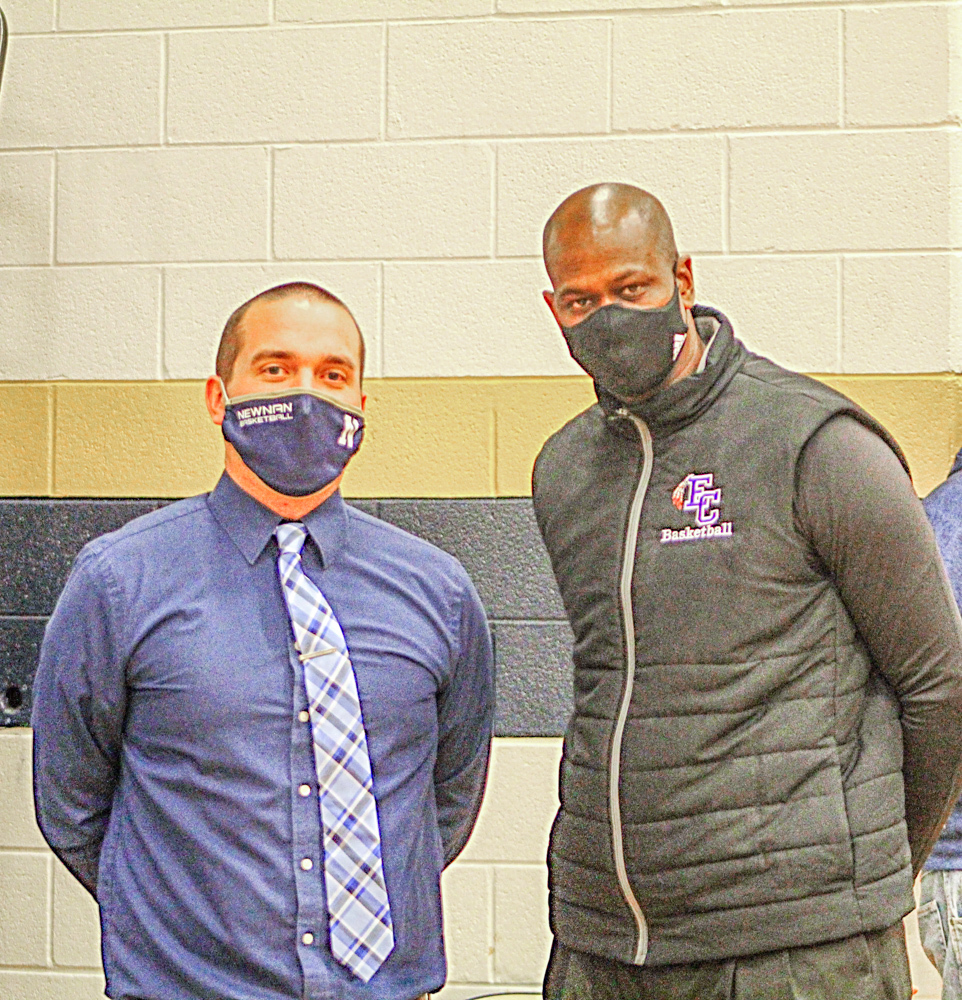 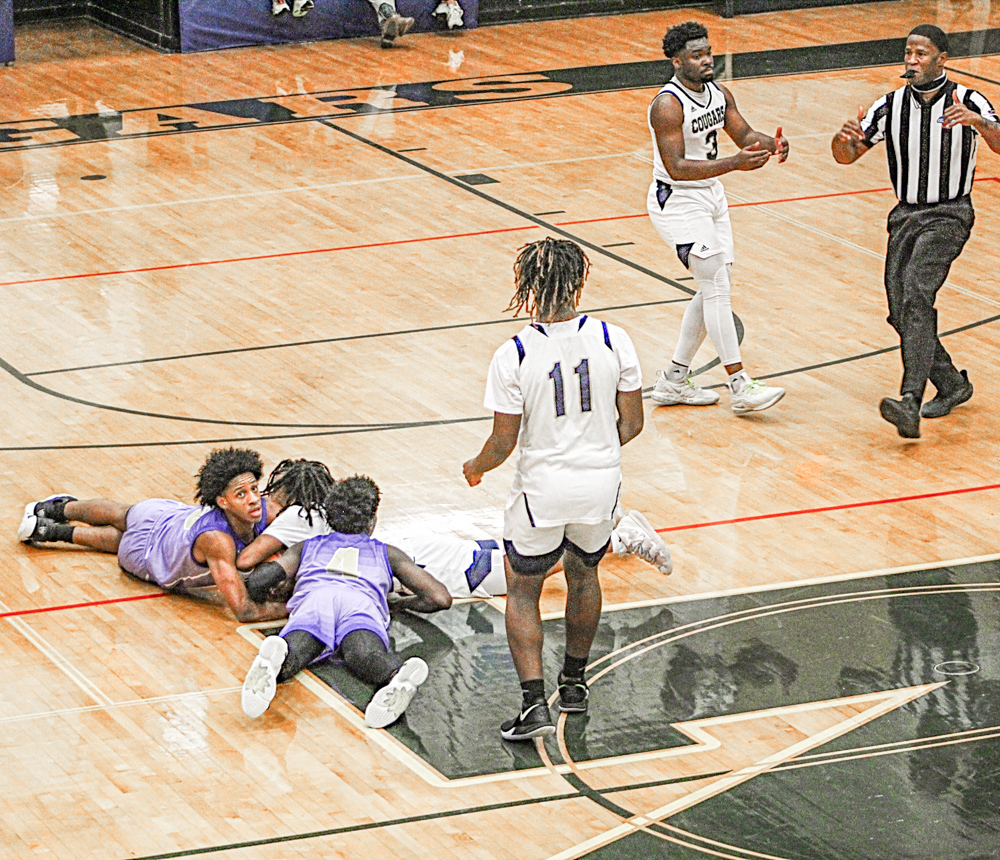 A mad dash for the ball with East Coweta’s Gilbert Croley and Joshua Cameron, along with Newnan’s Jamar Stargell. 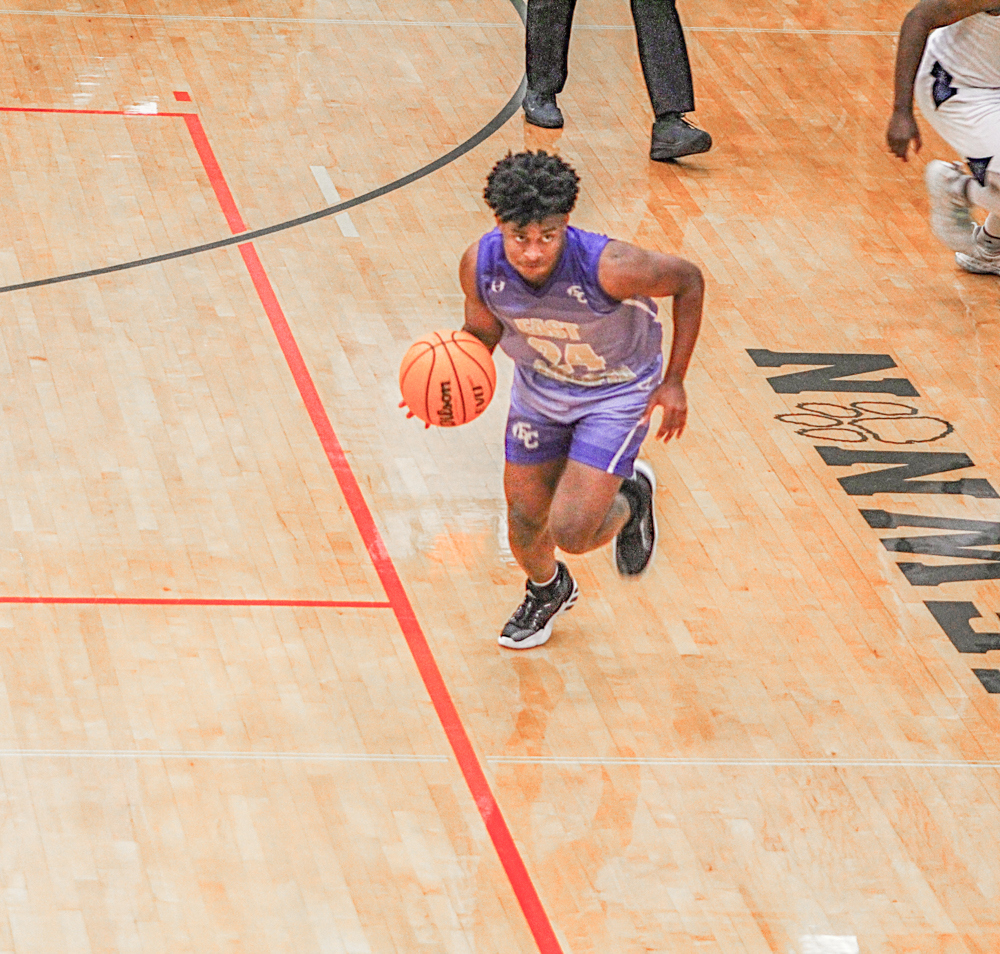 Guard Austen Colton takes a peek at the clock as he directs the Indians’ offense. 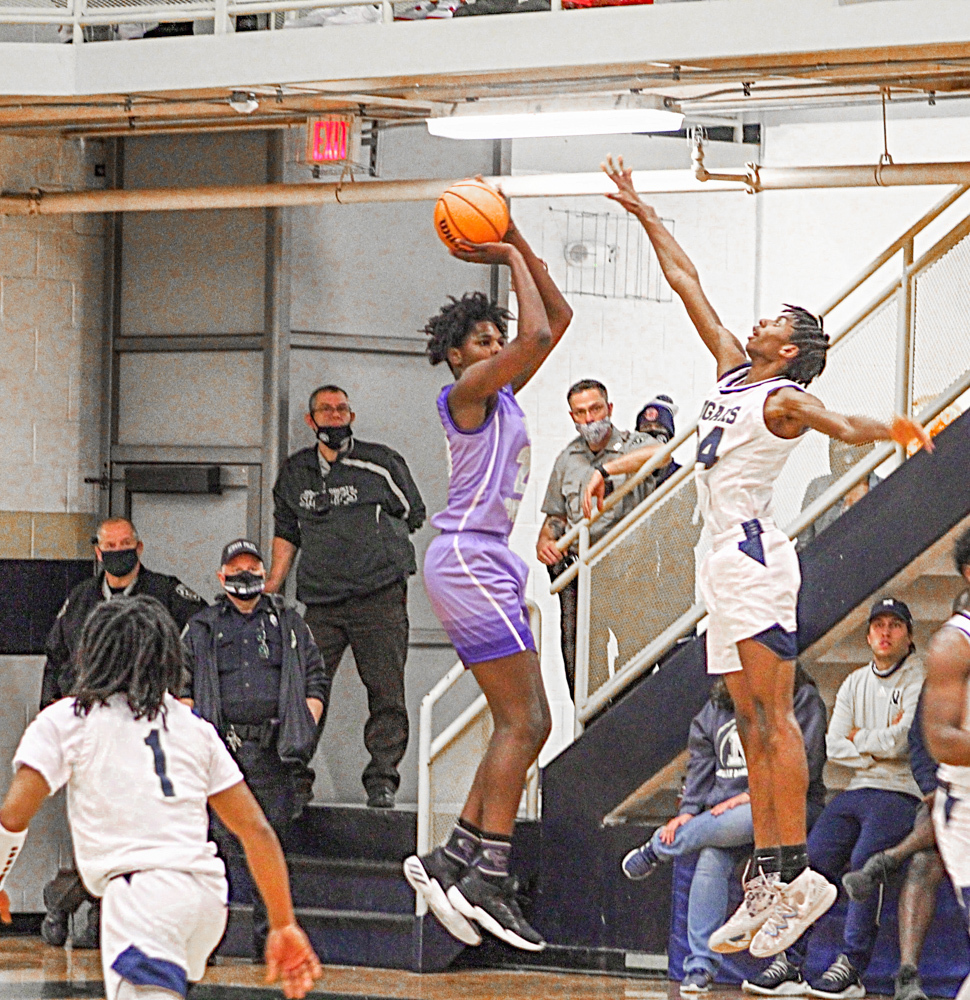 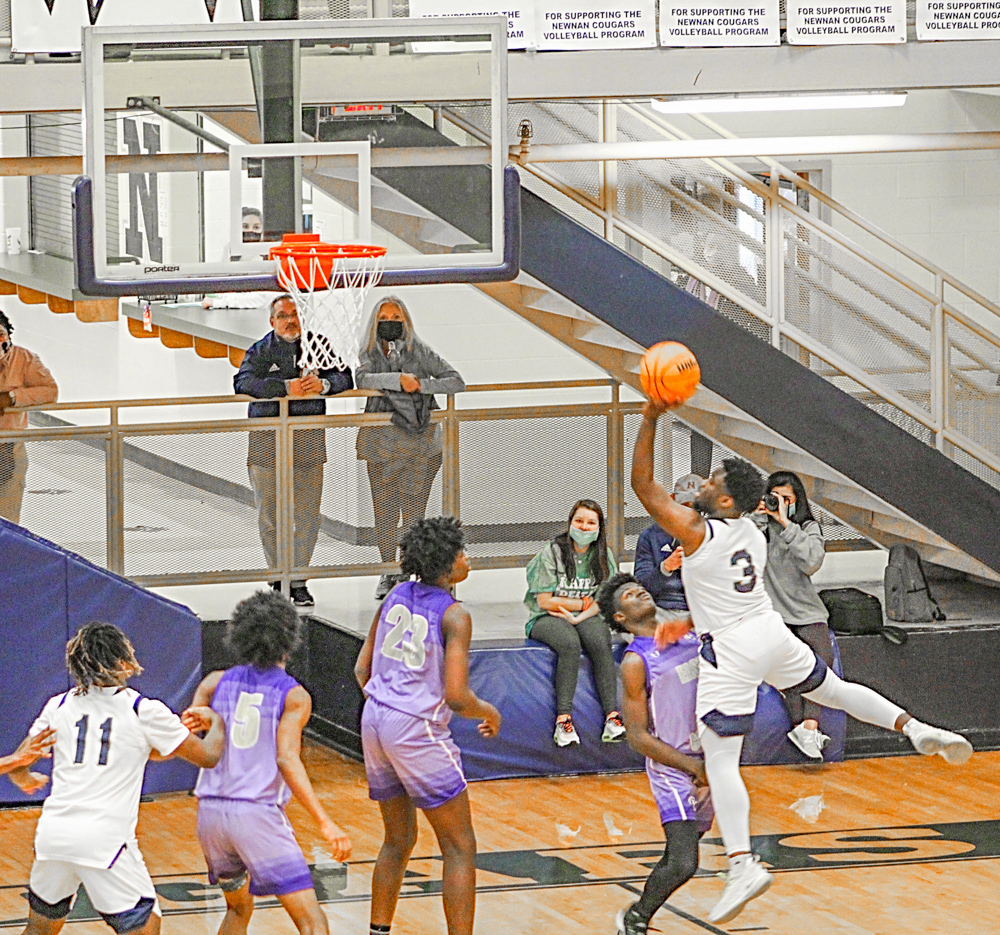