Stillwater: A better drama than a suspense-filled thriller 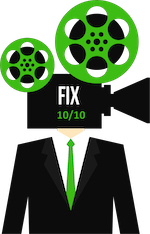 In “Collective,” during a hostile television interview, Romanian investigative sports journalist Catalin Tolontan defends his controversial reporting by saying that his job is to “give people more knowledge about the powers that shapes our lives.”

In this remarkable documentary thriller, we see first-hand Tolontan’s methodical process to expose corruption in Romania’s beleaguered medical system. It’s a fantastic front-row seat that reveals the importance of the press in a free society and even in not so free places, as well.

In 2015, a ghastly fire in a popular underground Bucharest nightclub known as Colectiv left 27 initially dead and another 180 injured. The film opens with footage showing the interruption of the band “Goodbye to Gravity” by a fire near the stage. The crush of young people is captured as they flee in terror to the club’s solitary exit.

In the weeks that followed, survivors began dying at an alarming rate as they receive care in Romanian hospitals. The official word was that the treatment these young people were getting was “better than in Germany.” But as Tolontan and his team discover, Romanian medicine was subject to the same corrupt culture that only provided one way out from the fiery Colectiv nightclub.

Documentarian Alexander Nanau (“The World According to Ion B.” and “Toto and his Sisters”) takes an observational approach in capturing this stunning story. He says that he and his camera became a “witness” to the infuriating events. Much of the story shows us behind the scenes at Tolontan’s publication, the Gazeta Sporturilor (the “Sports Gazette”), where his intrepid team cracks the case.

Wait a minute; a sports newspaper exposed a national scandal that shook the nation’s government? Profoundly, yes. Tolontan’s background is in investigative journalism in the sporting world. His past efforts have revealed grand corruption in sports linked to governmental leaders. And in following the Colectiv tragedy, he plied the same skills he sharpened in coverage of the fast-moving athletic world to the closed-off, mysterious one of medical care.

What’s shocking is the access that Nanau gets to Tolontan and his investigators and the inner workings of the health ministry forced to make reforms. When the Romanian minister of health resigns due to Tolontan’s reports, a 33-year-old finance specialist named Vlad Voiculescu replaces him. Somehow, Nanau convinces the incoming minister to allow him to film behind the scenes.

So, as this thriller evolves, not only do we see the newspaper behind the scenes, but we see the government’s inner workings on the subject as well. It’s like a deathly serious version of the BBC’s “The Thick of It,” but without Peter Capaldi’s shambolic, profane rantings. “Collective” is all horrifyingly real.

In one moving sequence, we meet a 29-year-old architect named Tedy Ursuleanu, a survivor of the Colectiv fire. Her visible burns and loss of fingers have become the public face of the tragedy. Ursuleanu is a soft-spoken, beautiful young woman who bravely shows the world the extent of her injuries in a series of striking portraits. This experience is moving for the viewer, but it’s hard to imagine the pain that Ursuleanu is experiencing as she vividly recreates the tragedy that took her hands and left her physically changed forever. Corruption scarred her body.

We also meet the families of the deceased. One father, Narcis Hogea, has been profoundly and understandably affected by the death of his son, Alex. He blames the system and, sadly, himself for not transferring Alex to a hospital in Vienna, where he most likely would have survived. Corruption took his child.

Many movies have fictionalized the journalistic process, but, in using the documentary form, “Collective” uniquely shows its truth. In these days of populist attacks and chants of “fake news,” a movie like this should resonate. Journalism is a watchdog whose role in our country and throughout the world has diminished, many say unfairly.

This week, we saw homegrown terrorists storm our nation’s Capitol and, in addition to other vandalism, destroy thousands of dollars of television news equipment. Cretins are shown stomping on cameras and other machinery marked as belonging to the Associated Press. This shameful behavior damages our standing in the world and undermines journalists’ important work in more oppressive nations.

The tragedy of the Colectiv fire and the corruption that led to the needless death of so many would have never been exposed if devoted journalists didn’t do their jobs.

If knowledge is power, where can we get more of it?